A project log for Bringing Cool Relief to Multiple Sclerosis

Cooling the core body temperature of people diagnosed with MS.

This part of the project turned out to be quite a challenge! In my past project logs I have said that I am going to be using refrigeration to cool the liquid flowing through the shirt. The refrigeration system has only four main parts: the compressor and control board, condenser, evaporator, and expansion valve. The picture below is the version that worked. My first attempt failed to hold a vacuum and was very leaky. I will show the failed system later in the log. 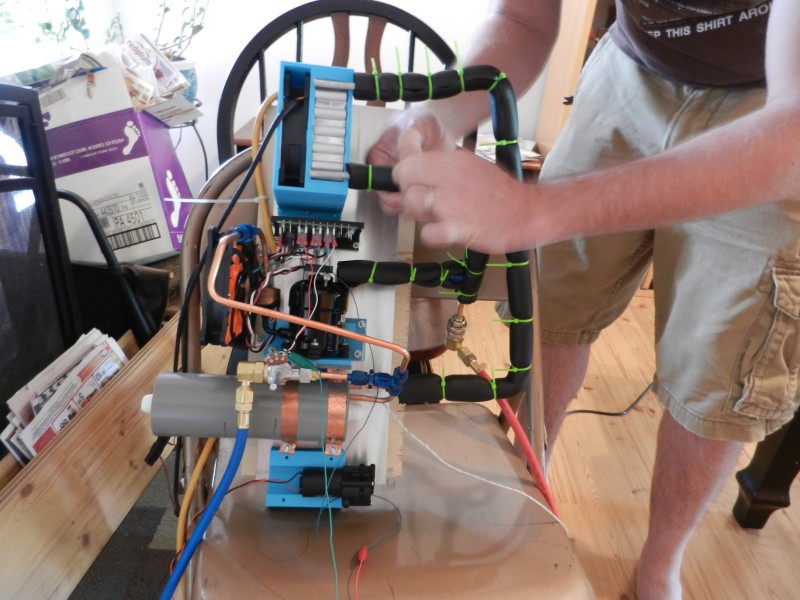 Above: Working second version of the refrigeration system. 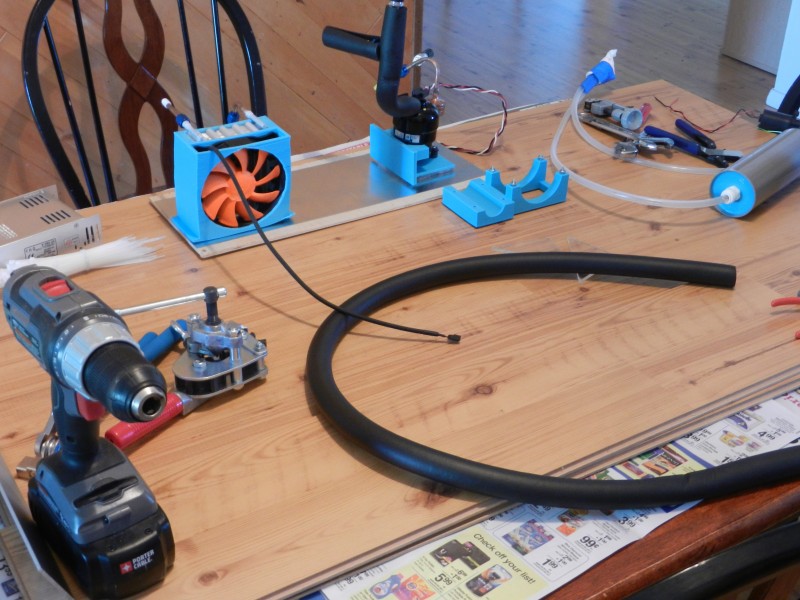 I used my 3D printer to make the mounting parts for the compressor, condenser and fan, and the heat exchanger and coolant pump. 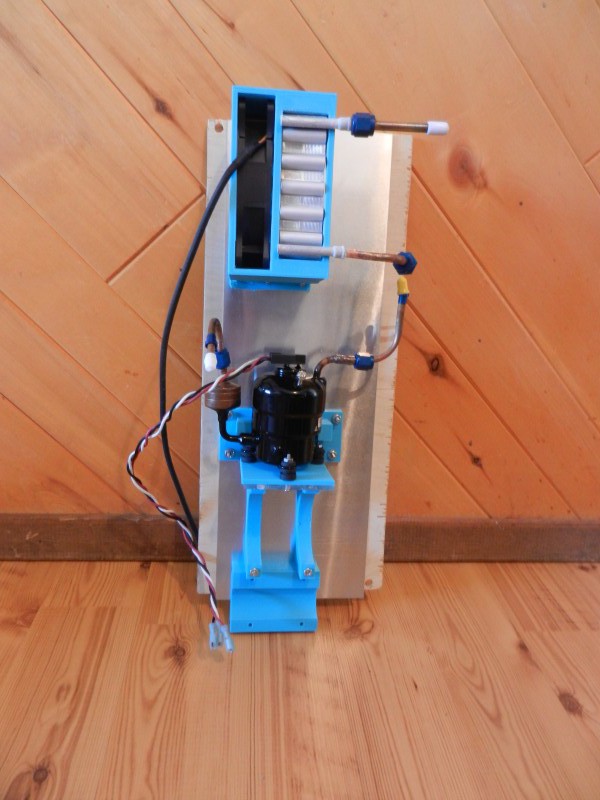 Above: Shows my 3D printed mounting hardware bolted onto the start of my prototype backpack frame. 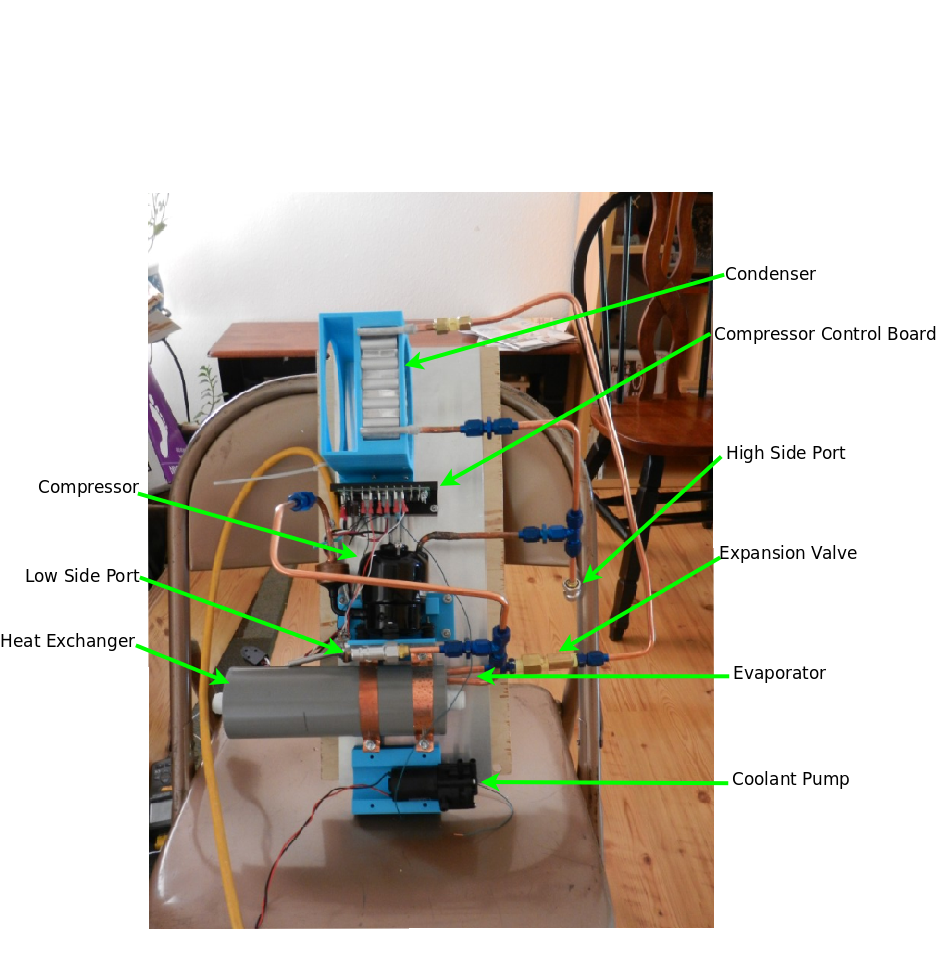 Above is the second attempt at connecting the system. I made the copper tubing flares much bigger so that the copper tube and the AN fittings mated up correctly. I also minimized the amount of connections as much as possible. Then I moved the expansion port to be right in front of the evaporator coil. I was able to get my vacuum pump to pull a vacuum on my system. Now, off to charge the system with R134A and see if the heat exchanger gets cold.

A quick note on the compressor control board. The board came with the compressor when I ordered it from Aspen Compressor. I don't have any schematics on it since it's proprietary to Aspen. I plan on building my own driver board later on down the road, but for now I am using Aspen's control board for testing and prototyping purposes.