The OpenBionics initiative (www.openbionics.org) was founded back in 2013 with the scope of providing open-source, affordable, light-weight robot and prosthetic hands. Our first hands were non-anthropomorphic 2, 3 and 4 fingered robot hands. In this log, inspired by the fact that in every day life tasks most amputees use simple hooks, we present simple, non-anthropomorphic robot hands that can serve as hook alternatives. These hands cost less than 100$ and weigh less than 200 gr.

The design is based on the same simple but yet effective idea: to use agonist and antagonist forces to implement flexion and extension of robot fingers, following a bioinspired approach. In this design steady elastomer materials (silicone sheets) are used to implement the human extensor tendons, while cables driven through low-friction tubes implement the human flexor tendons . 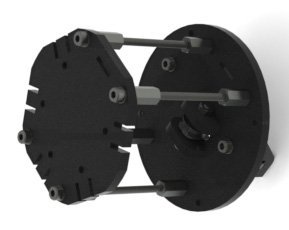 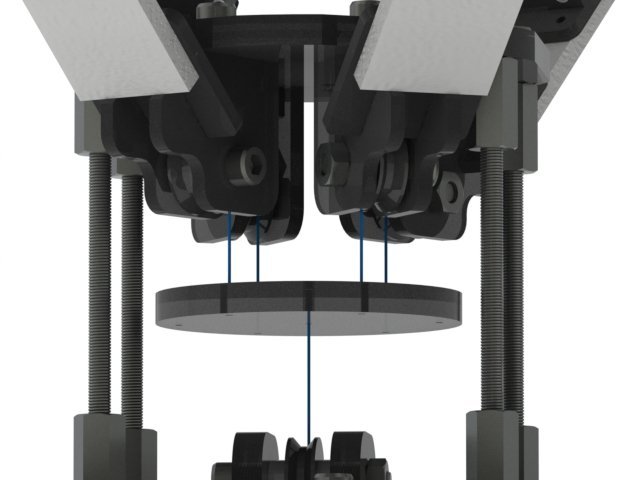 For the assembly of the robot fingers we use once again fishing line and needles in order to stitch the silicone sheets onto the rigid links (the links have appropriate holes by design).

In this section we present an experimental validation of the proposed simple robot / prosthetic hands. Most of the videos focus on robotics applications that demonstrate the robustness of grasps under object position and orientation uncertainties, but an EMG based control paradigm is also provided.

The first video presents a series of possible applications for the proposed hands. Among them, a three-fingered robot hand is used as a myoelectric prosthesis (by an able-bodied person) and the subject grasps using the myoelectric activations of his forearm muscles, two different objects.

The forth video presents the Grebenstein test, where a user hits the robot hand fingers with a hammer in order to prove their robustness again impacts.

A tutorial for the replication of our hands, can be found here!

In this section we provide the cad files (Solidworks .sldasm, .sldprt and .dwg, .dxf, .stl), for the replication of the design.

A new version of our design is under development and can be found in our GitHub repository:
OpenBionics GitHub Repository

Anthropomorphism of Hand Motion and Structure

Electronic Breakout Board for Prosthetic Hand