A Toolbox for the Quantification of Anthropomorphism

Nowadays most artificial (i.e., robotic or prosthetic) arms and hands are described as anthropomorphic without really evaluating their level of humanlikeness. The notion of Anthropomorphism comes from the Greek word anthropos that means human and the Greek word morphe that means form and according to Epley [1] its essence “is to imbue the imagined or real behavior of nonhuman agents with human-like characteristics, motivations, intentions and emotions”.

In the robotics literature, Mason et al. [2] discussed that the main reasons that researchers tend to be inspired by the human hand are the following:

Moreover, the last decade, anthropomorphism has received increased attention and has been a desired characteristic of robots for a plethora of Human - Robot Interaction applications for two main reasons: 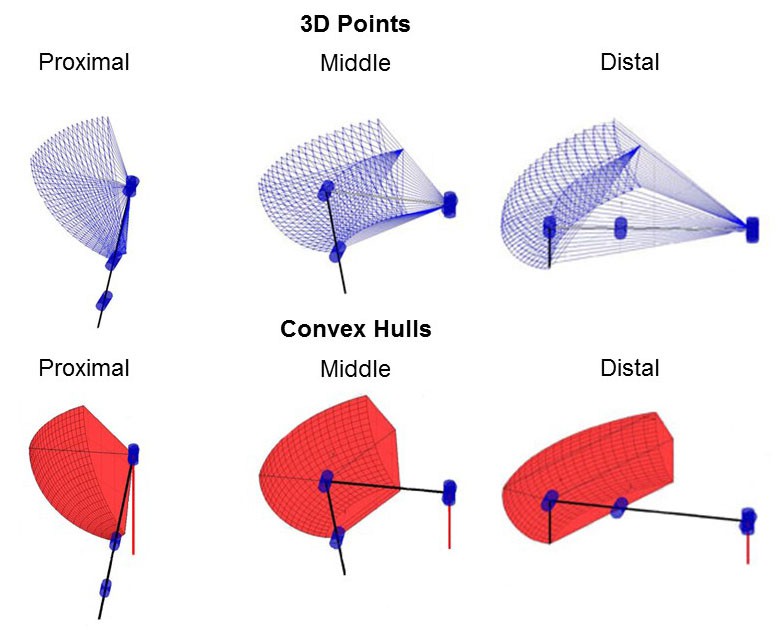 Fig. 1. Workspaces points and the corresponding convex hulls for the phalanges of the human index finger. 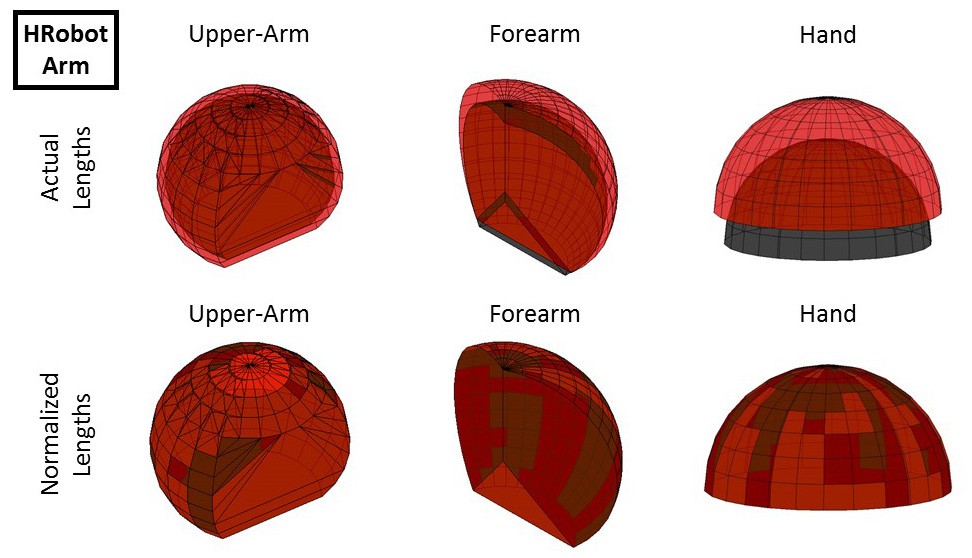 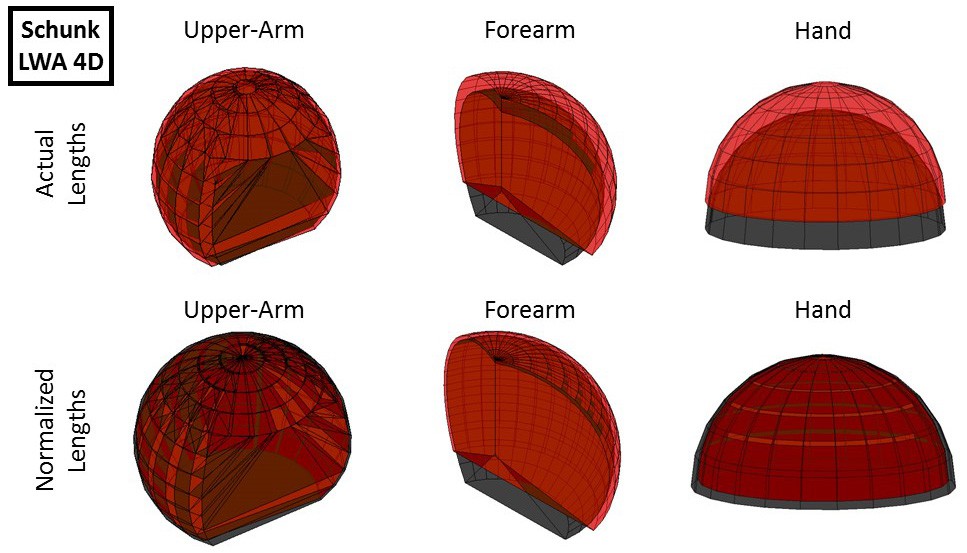 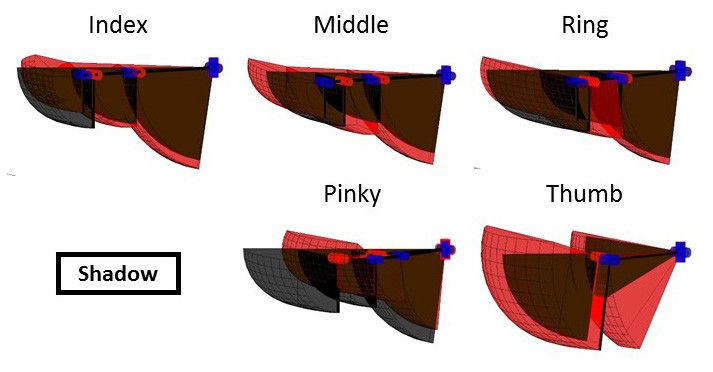 The toolbox is constantly under-development and the newest version can always be found in the OpenBionics/Anthropomorphism GitHub repository. We plan to eventually migrate the toolbox to Octave, R and/or Python (for people that do not have access to a MATLAB license). The toolbox has 3 main folders named: “Arm”, “Hand” and “Examples”. The first two folders contain the functions for the quantification of anthropomorphism of artificial arms and hands respectively, while the third folder contains examples of the implemented methods. Up to now (October 2015), the toolbox contains 55 functions and 3 examples. Should you have any questions or suggestions, feel free to contact us. Enjoy!