Catching up, I ran the logger over two days and nights.

The second day was rainy / overcast, then at around 8pm suddenly the current out of the capacitor surged and the regulator voltage collapsed. This version of the chart doesn't show capacitor charge which is proportional to the voltage but it lost 33% in 1/2 hour as well. Notably the temperature dropped very sharply, 2C in 30 minutes, but I suspect what actually happened is some moisture shorted out something. 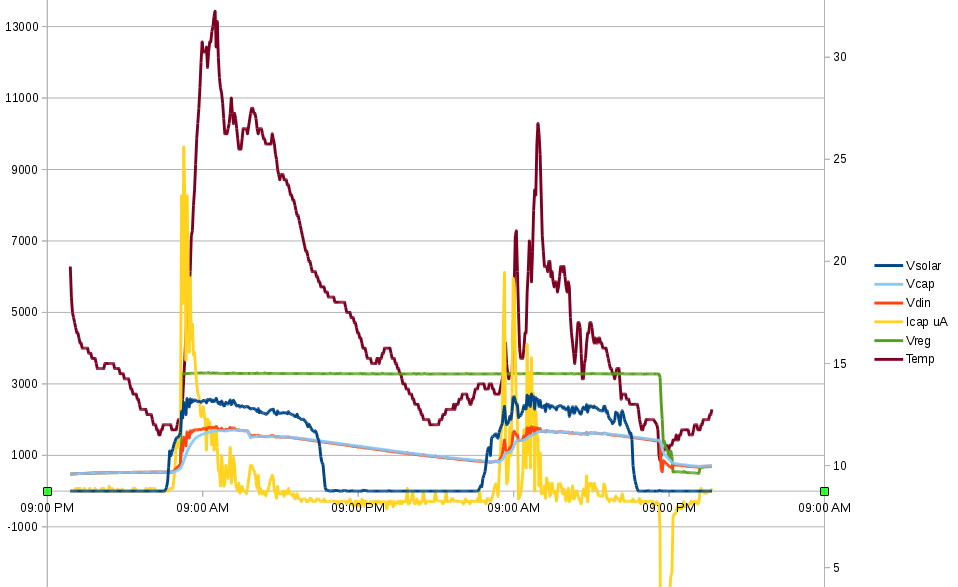 So apart from using more rubber bands, I had reinforced what was obvious, that the system is underutilising the capacitor by a good third.

So this evening with about two hours of daylight left after work, I replaced the current limiting resistor with a 39 ohm (was 68) and shorted out the 1N4148 leaving just the shottky diode. 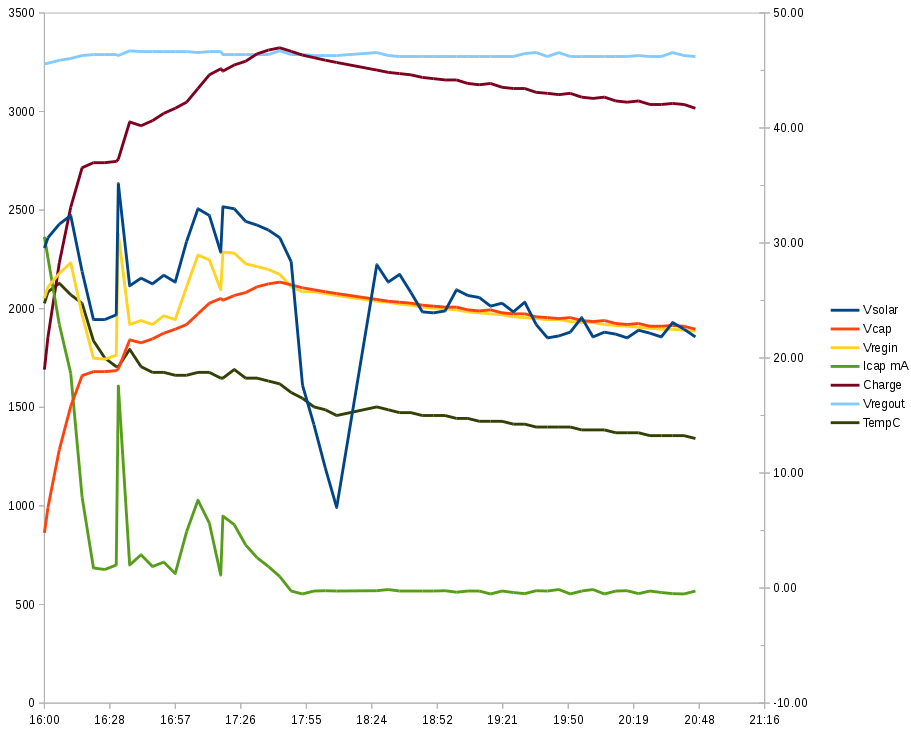 As expected, things are somewhat better (even at this early stage)

By 8:30pm the capacitor retains 50% more charge compared at the same time of day to the first test.

I seem to have a short somewhere, because it is night time, the solar graph should be 0 at this point... <strikethrough>Note, the sharp drop and recovery is where I had the panel positioned so that it fell under shade of a large tree, and I moved it back into the sun.</strikethrough>