Another PCB : building a network on an oily rag

So far I have prototyped the MQTT_SN code and have the software communicating over radio between OpenWRT and a BusPirate. However, the BusPirate with an extra serial layer between SPI and the software is not fast enough and often drops messages. So we need to ratchet up and build a link between two Linux/OpenWRT direct SPI systems or OpenWRT and a MCU module like the ESP8266 or Teensy.

I only have one Carambola2, and the lead time / cost for more or similar alternatives is more than we would like at the moment.

We have a few Raspberry PI, plus model A are cheaply and very quickly available in Australia. The Raspberry Pi though probably will use the most power so is best suited for the farmhouse.

We do have several ESP201 modules, and now a Teensy LC on hand (thanks Hackaday!)

So what to do... hardware costs $$ and lead time, whereas software is just code... (and time, but not waiting time!)

So I designed a second board that the SX1276 carambola2 shield plugs into that allows the shield to connect to either a Raspberry PI, a Teensy LC or an ESP201 (not all at once though!). Thanks to the Hackaday OshPark prize they are nice and purple as well! 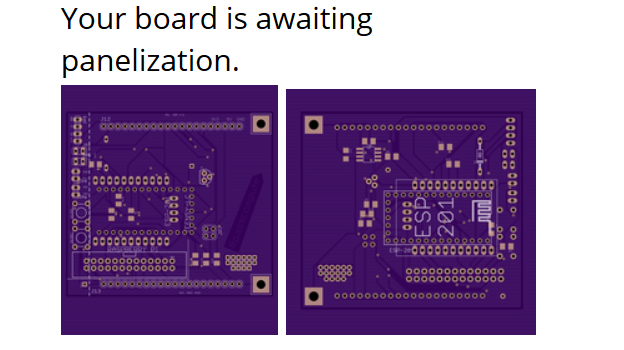 To work with a Pi just requires a Raspberry Pi running OpenWRT and a 26-pin connector soldered to the board.

To work with the ESP201 requires a variety of pullup resistors, and the programming switches / connections for a CP2102 or FTDI adaptor, etc. Also the ESP201 is one GPIO short so it needs a i2c to 1-wire adaptor, DS2482

To work with the Teensy, like the PI should just require the connectors.

The ESP201 and the Teensy mount on the underside relative to the SX1276 board so that there is room.