Last weekend we all met up and had a mini hackathon.

We assembled a rough cut of the node that will go in the paddock with solar panels and casing, to see what could be learned about building the actual nodes. Luckily we had plenty of cable ties...

I have several board variants built now, allowing us to build up and start developing and testing in earnest sensor software for the configurations. 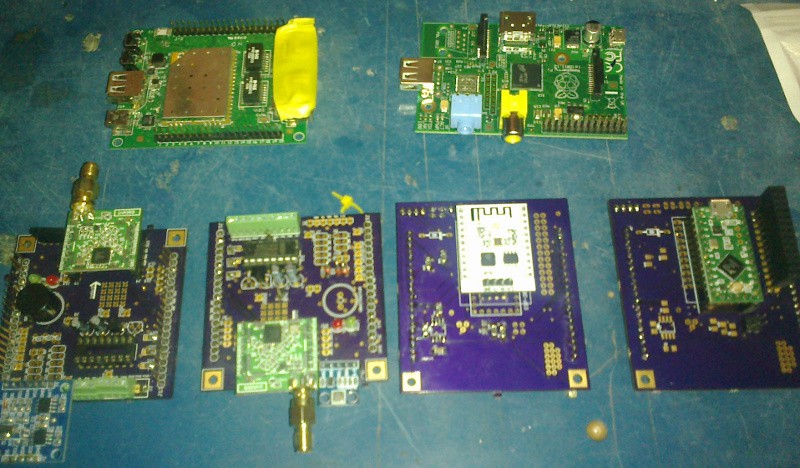 Along the way I discovered various minor mods to resistor and other component values and layout niggles to fix up in the next iteration of the design.

I also discovered that it is a royal pain to desolder a miniature screw terminal blocks without destroying it once soldered in the wrong way around !

Sensors to be deployed soon include temperature varieties, humidity, barometer, and UV, smoke, carbon gas, and vibration (for measuring coarsely whether it is a windy day / the device is being butted by sheep) and experimentally, using NFC for on-site readings 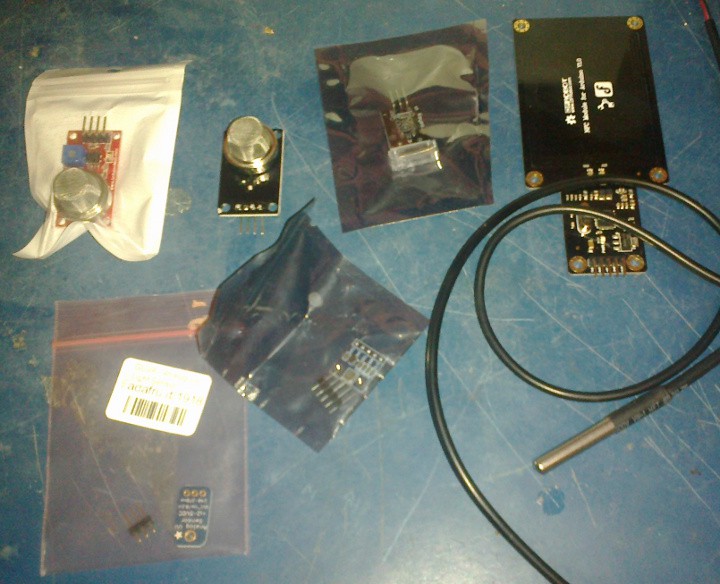