So right at the time when everything needs to work. everything goes wrong.

In spite of all the above, last thing I wanted was to give up this close to the end so keep pushing through, and we have a working system at the moment, used to produce the "operating" video. 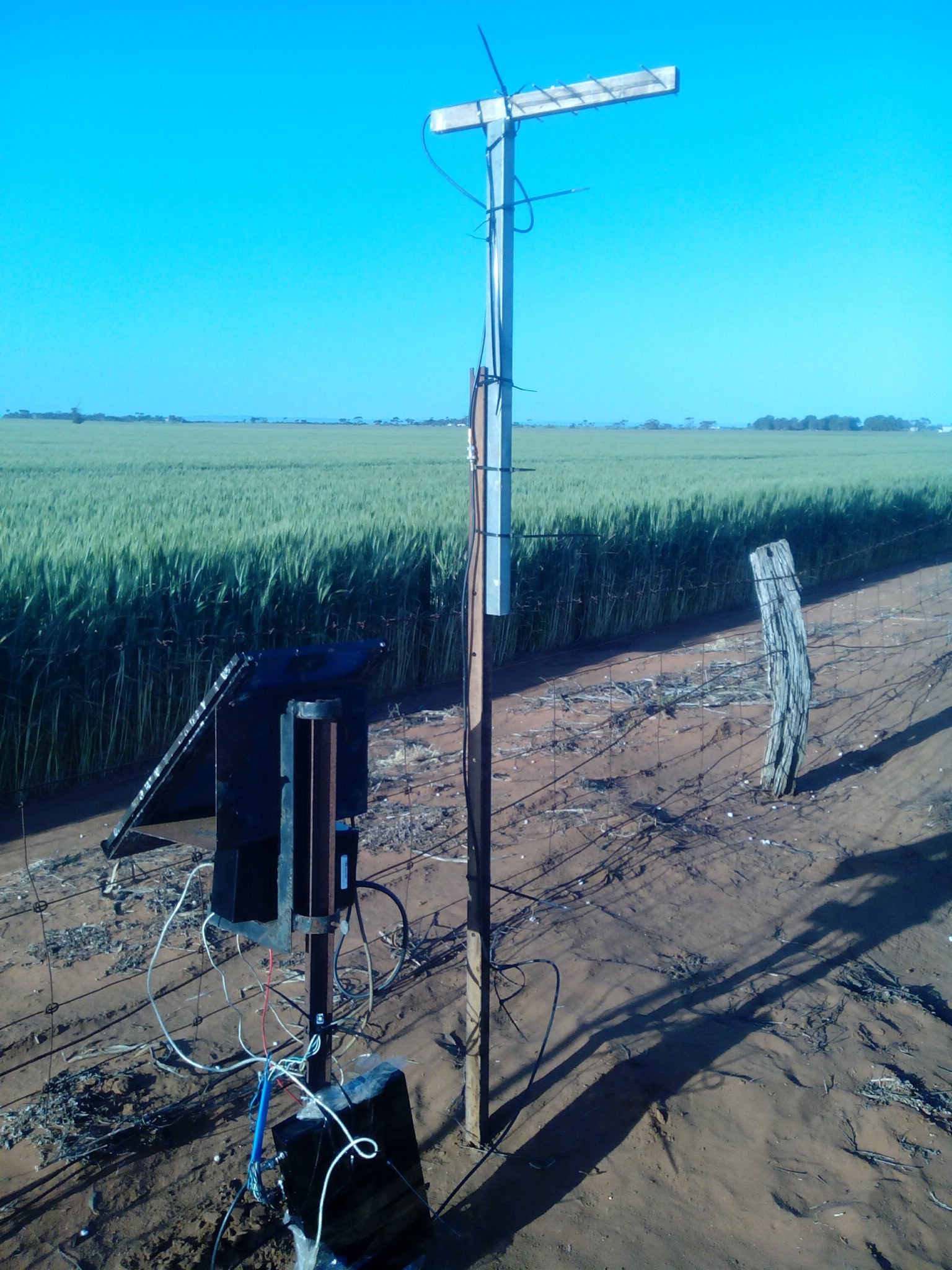 So we have a 1km shot logging weather data out in the paddock. In the photo below, the trees on the horizon is "the other end". Just try not to look at all the cable ties... 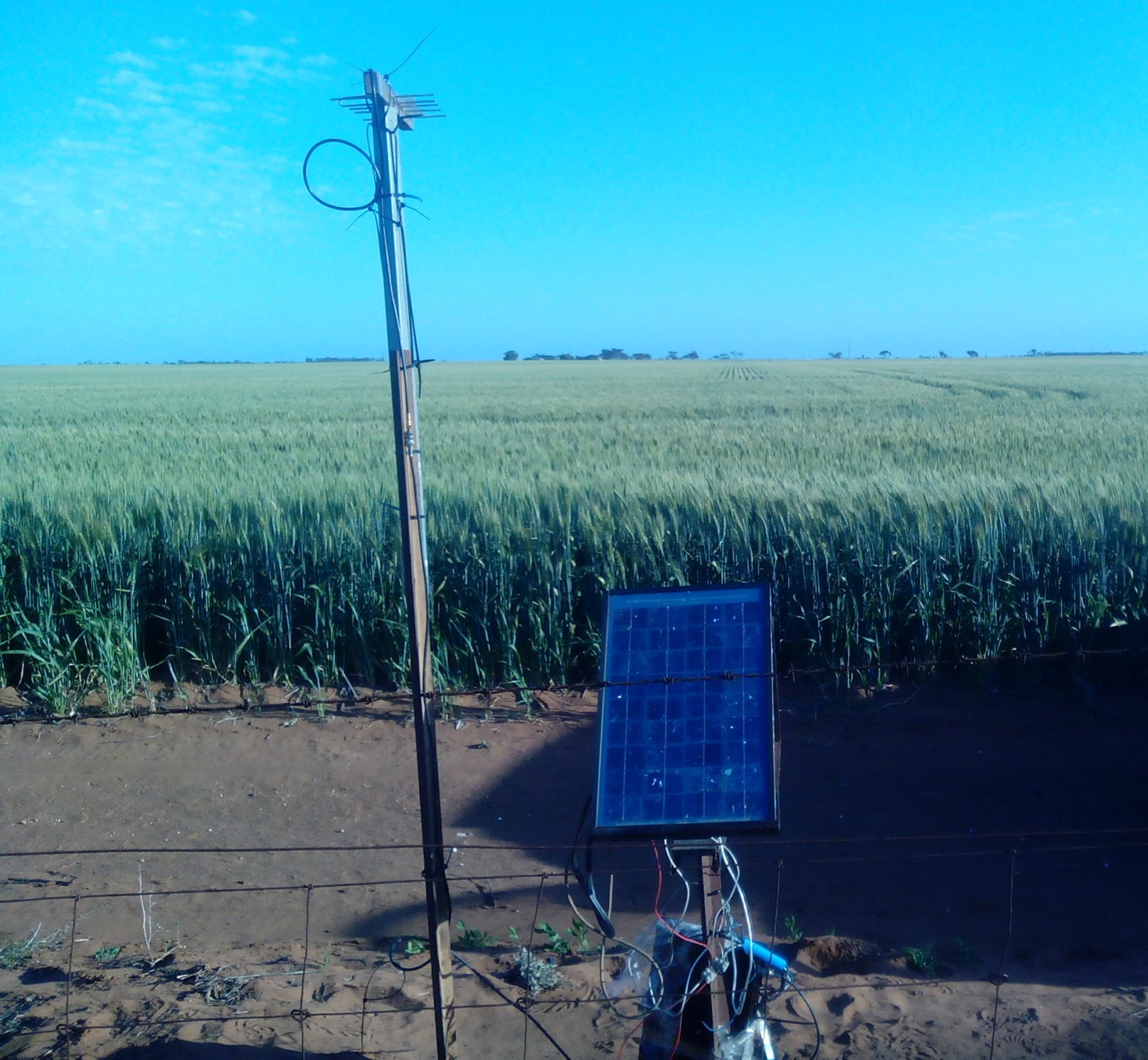 After switching power from the laptop to the solar charger, it was a nervous 10 minute drive back to the house to check the logs. I could see activity on the serial LED but had no idea if the sensor had crashed or not...

And behold, we had a live feed!

Up towers and through scrub!