Well I guess things started taking shape especially after some Easter work. I have made a lot of trials and errors and made some changes to parts and overall system design. Will try to note down my mistakes, what I have learned and decisions made. Hope they help to someone putting together a similar project.

And here are some pics. Sorry for the mess as usual 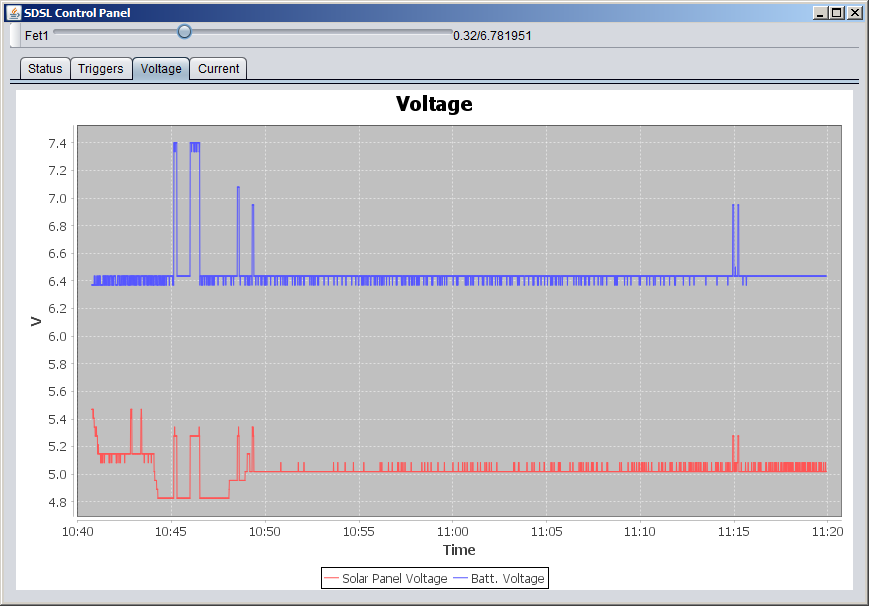 Current, peaks represent times that I was poking in with the multimeter to check it. 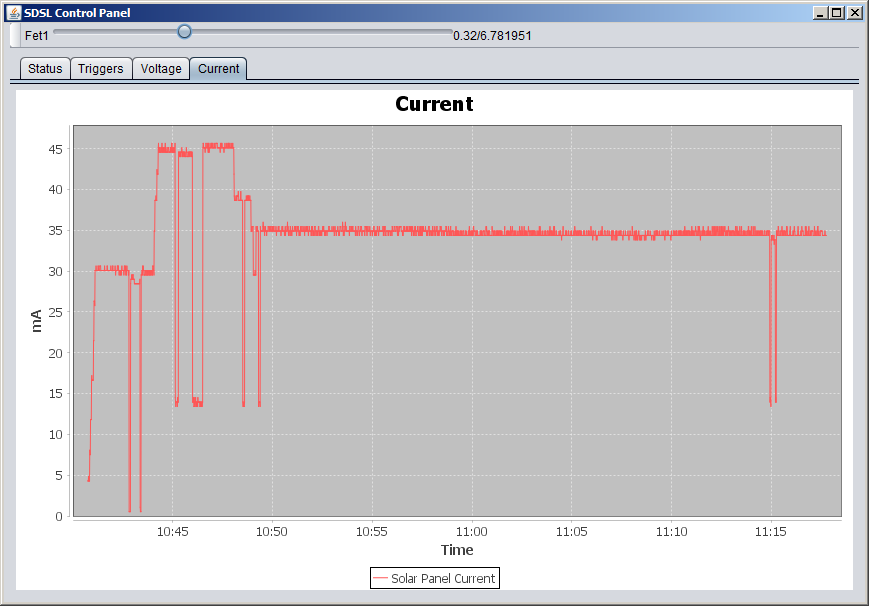 Mess of board populated with torn apart implementations of different converters. And the inductor is levitating! 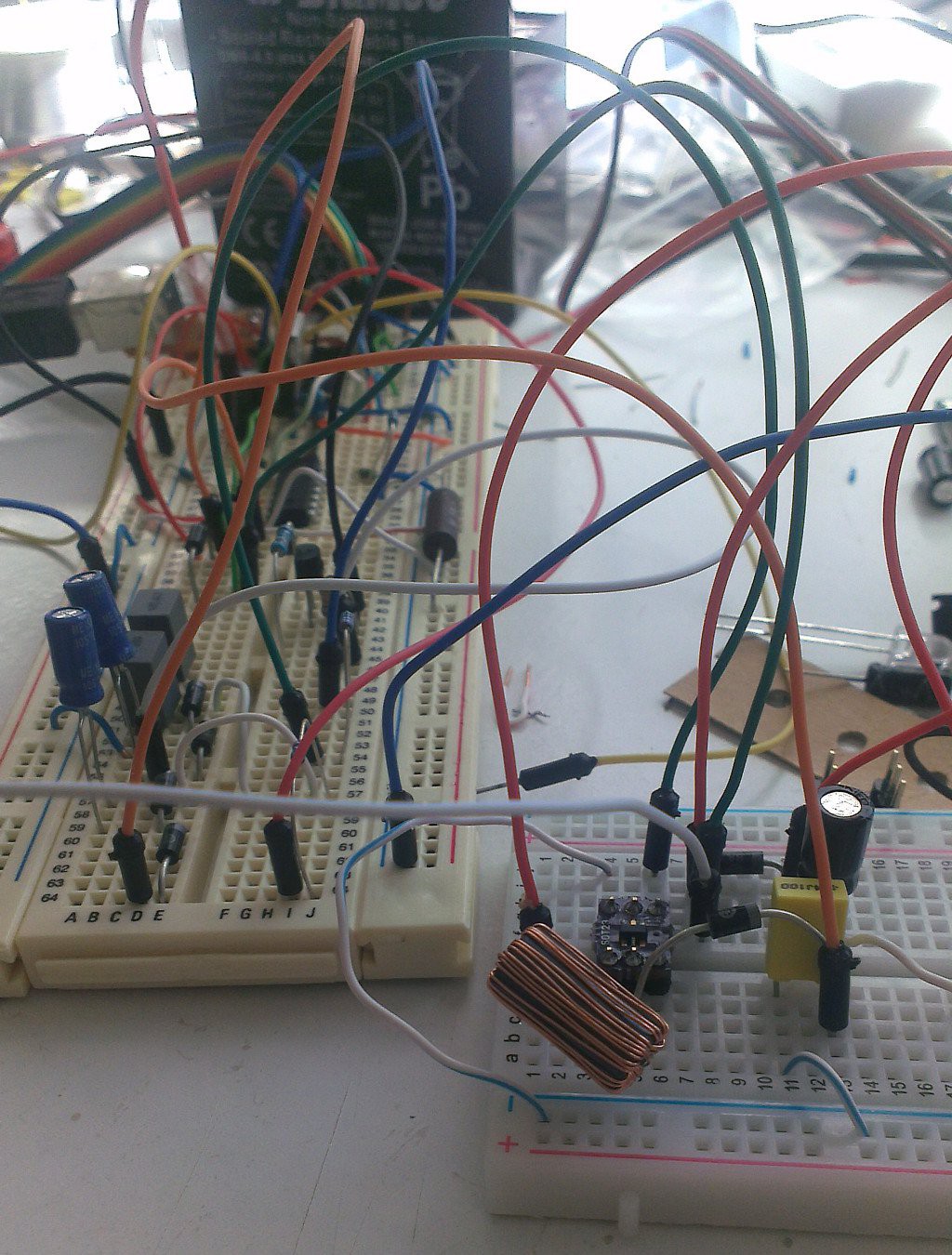 After a bit of cleaning up. 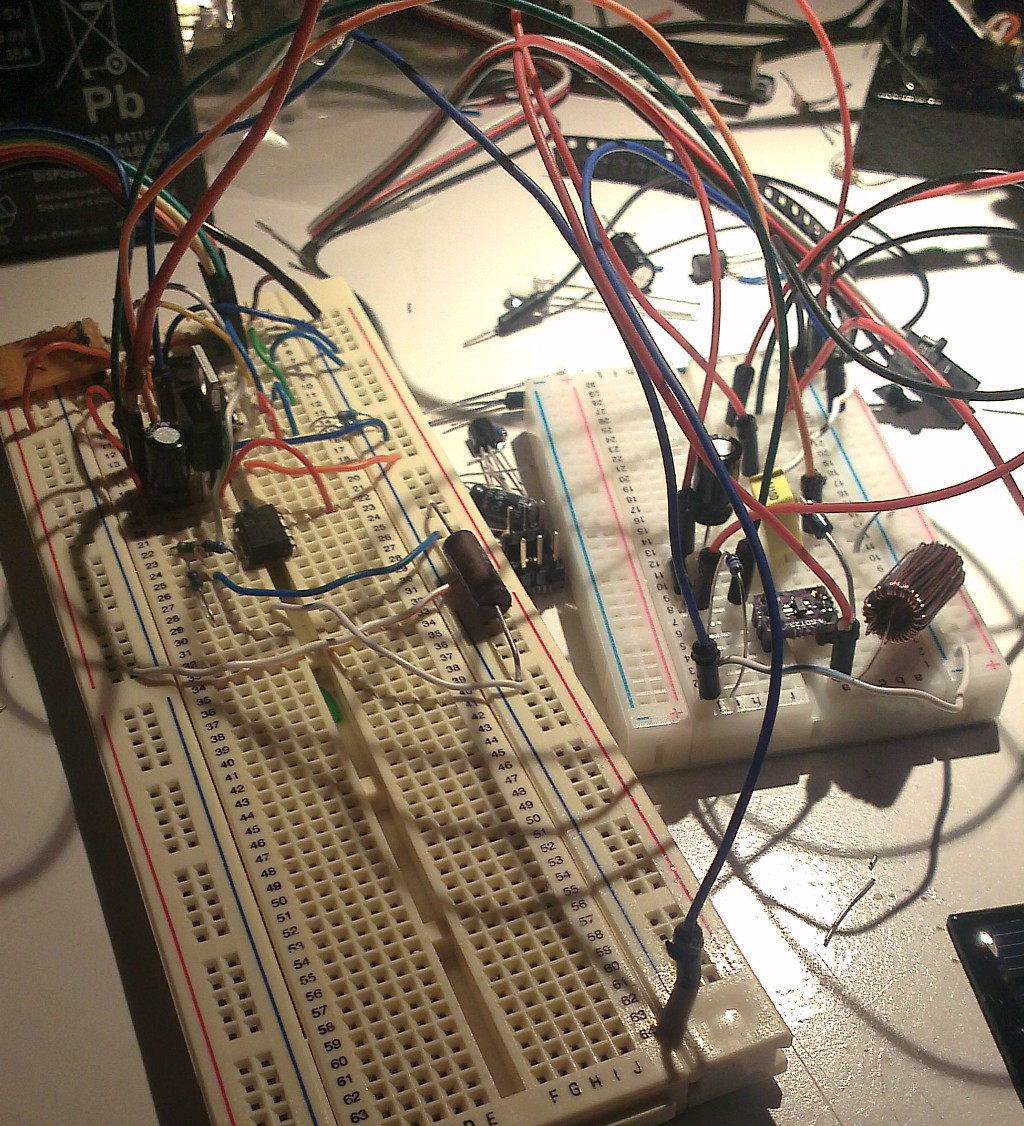 Getting Ready for MPPT