The AudioKarma CNC Phono Stage is a serious hifi pre-amplifier for vinyl turntables. With its no-nonsense, straight forward design that focuses on both performance and cost, this project caters to audiophiles and music lovers alike.

For once, there is no magic involved in a true audiophile piece of equipment. You get spectacular RIAA compliance (+/- 0.023 dB), ultra-low noise, a wonderful great sound stage and superior detail. All done with one small PCB and standard, off the shelf components.

The preamp is available as PCB or KIT at my Tindie Store:
https://phono.muffsy.com

This project would not exist without all the work that has been done by the guys that hang out at AudioKarma.

In its original form, it has the following features: 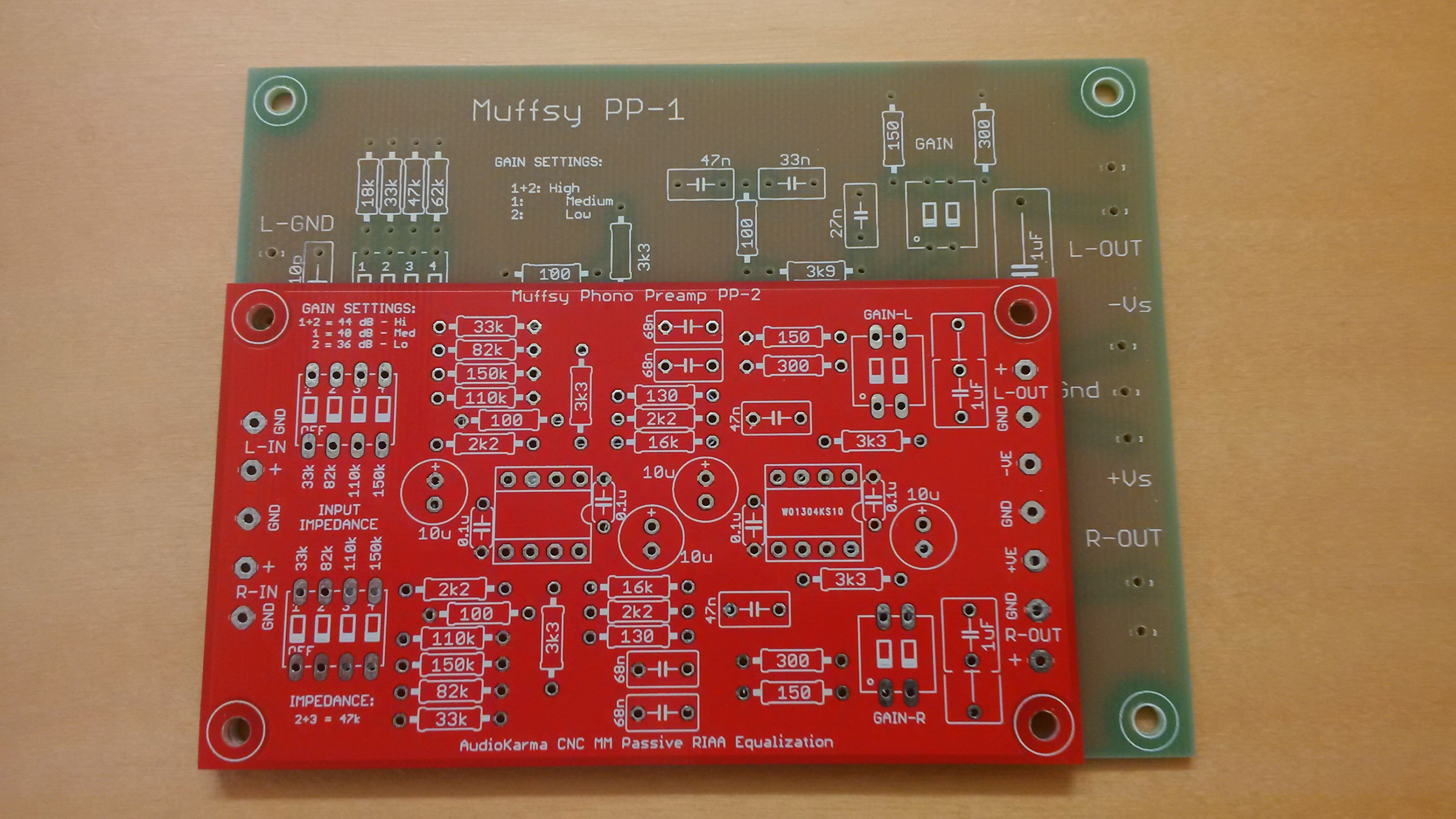 The Muffsy Phono Preamp PP-2 has improved upon this circuit:

How to Make mp3 Player

ADALM2000 by Analog Devices is quite multi-function device but I could not find "how-to" for my specific application. So I will show how!
Project Owner Contributor

...some minutes left to choose the next audio source!
Project Owner Contributor

It is recommended to use 2SA1943 in power amplifier applications with suitable NPN transistor.
Project Owner Contributor