The platform created is composed of two main components: A main board for reading capacitive sensors and controlling the tactile feedback (vibration motors), and a android API (under development) that will enable developers to create compatible apps.

As a application of this project a wired glove (http://en.wikipedia.org/wiki/Wired_glove) is under development, and one day will help a deafblind friend to interact with the digital world.

There are roughly 3,600,000 deafblind people in the world, and probably the main issue they face is lack of communication with other people, as they are only able to have a conversation with a person physically right beside them, and knows how to communicate with them. This further limits people with multisensory disabilities to have regular minimum social interaction. Another barrier is their ability to interact with technology, the primary way that they exchange information is by the sense of touch, our devices (e.g. radio, television, computers, tablets and smartphones) do not have haptic feedback, and buying a refreshable braille display could be very expensive (from $3,500 to $15,000).

What I want to do is to create a API and a scalable hardware platform that can make viable (easy and cheap) the creation of gadgets for people with multiple sensory disabilities, thus, allowing interaction with current devices possible. 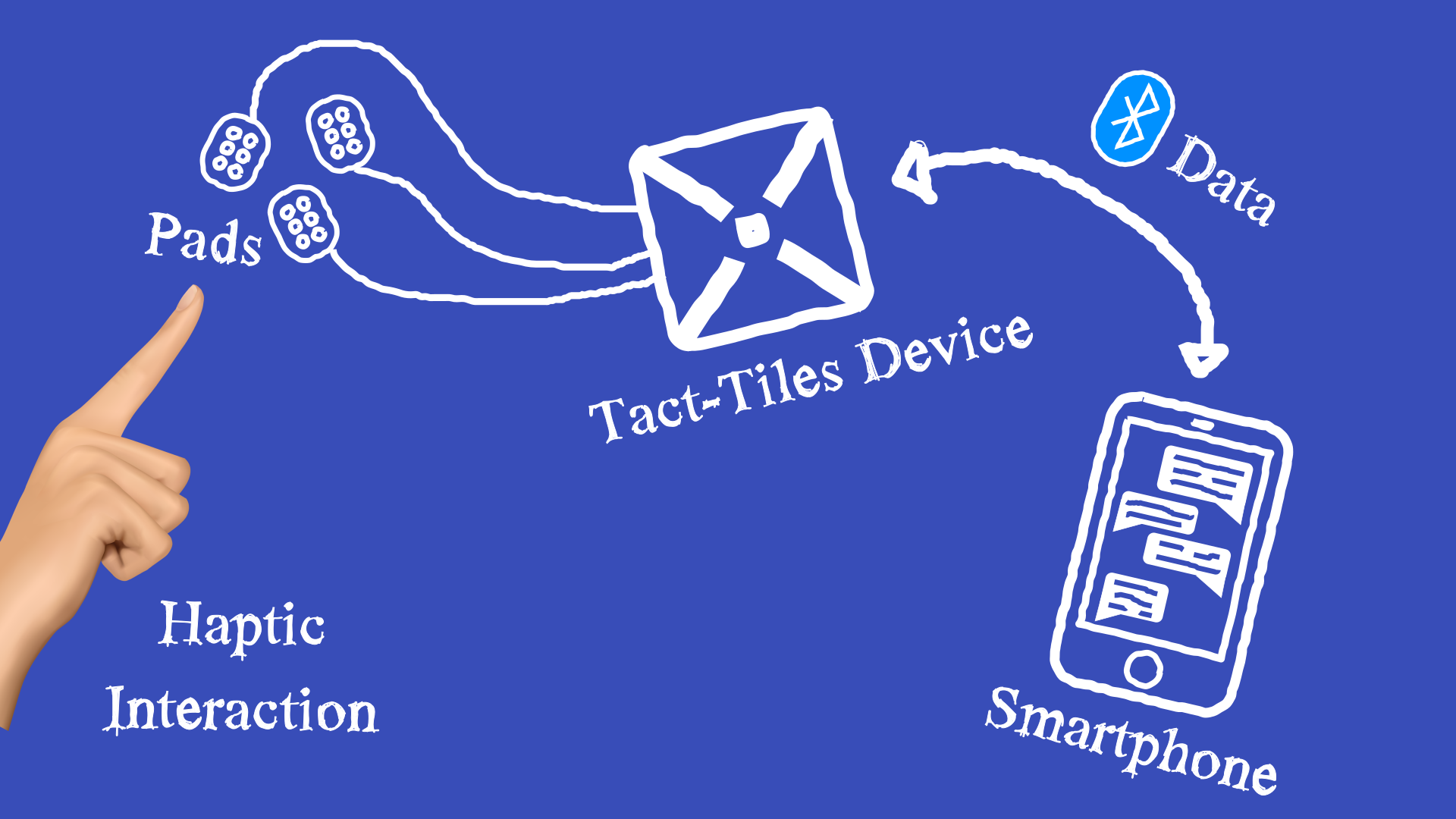 The haptic interaction is made by little pads which are touch sensitive and have a vibration motor for feedback, these pads can be arranged in every possible way, making it possible to create various types of gadgets. All the input and output gestures are processed by an easy to use API. A Tact-Tiles device can utilize up to 32 pads if the developer chooses to use the Touch-X board.

When this project is completed all the information will be available for the construction of custom pads and boards compatible with the API. This will improve the flexibility of this platform for creating new types of gadgets: 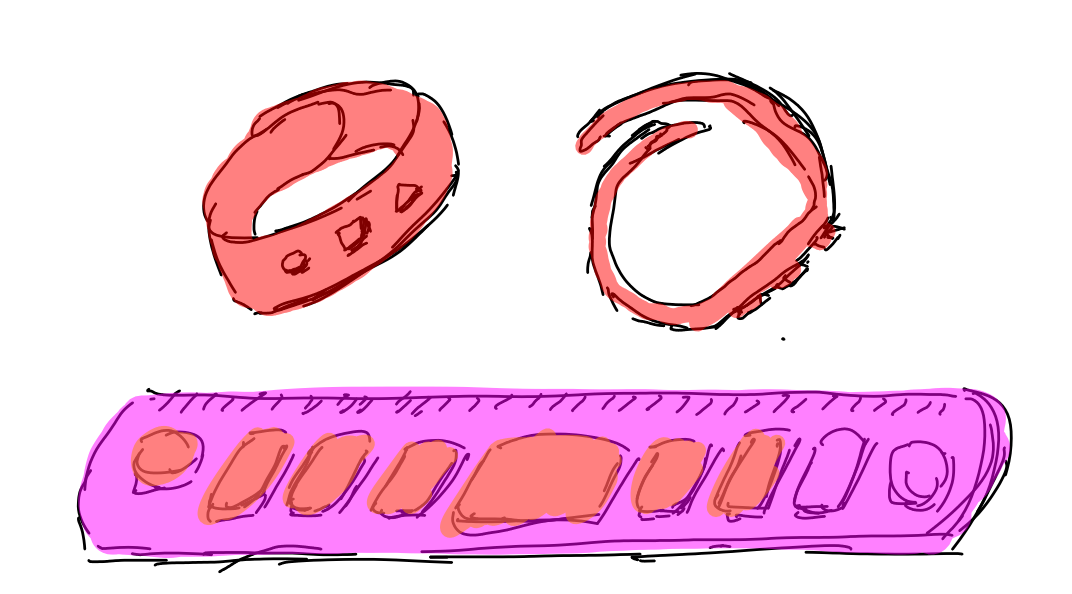 The API has abstraction layers for simplifying the work of the developer: 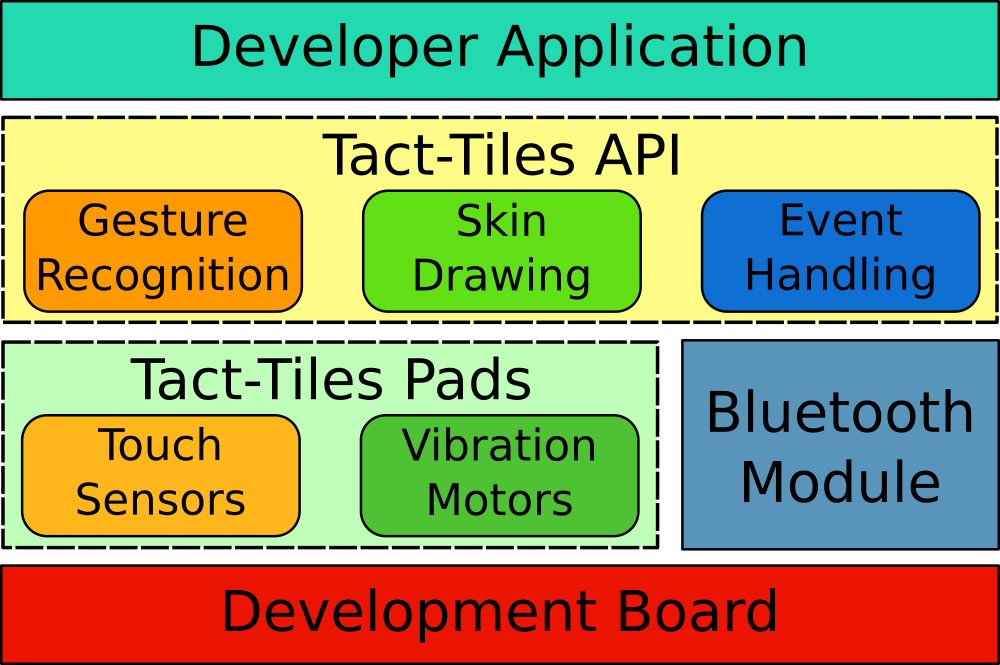 The software handles the input using a finite-state automaton, changing its states accordingly to the data provided by the pads. The automaton is stored in a Serial EEPROM chip using a very organized way:

The wired glove is the first application of this new platform called Tact-Tiles. It was constructed accordingly to the rendering below, the pad disposition was defined based on the Malossi alphabet for deafblinds, best described in the page of a similar device, the dbGlove.

Here is the complete schematic for the Touch-X v2.0 board, it was designed using the KiCad suite this way everyone can edit it using free software! The second version of the wired glove has been built at the beginning of this year (2017) and showed a good progress in terms of usability and ergonomics.

The API is under development yet. I still have to organize the source code, but I will try to keep the github page updated.

Hope you like the concept and help to spread the idea! :D

All the software used in this project is licensed by the General Public License 3.0

All the hardware used in this project is licensed by Creative Commons CC-BY-SA 4.0 and Apache 2.0

All the other materials (e.g. texts and images) are also licensed by Creative Commons CC-BY-SA 4.0

amazing is this thing still working if yes then i want to put this in my https://ittermann.de/produkt/gesundheit-verboten-unheilbar-war-gestern-andreas-kalcker-plus-100ml-cdl/ website as well

In this project we try to build a cheap AR module that you can use with your regular glasses.
Project Owner Contributor