Just a quick update. About to get these boards made up (a little more tidying to do): 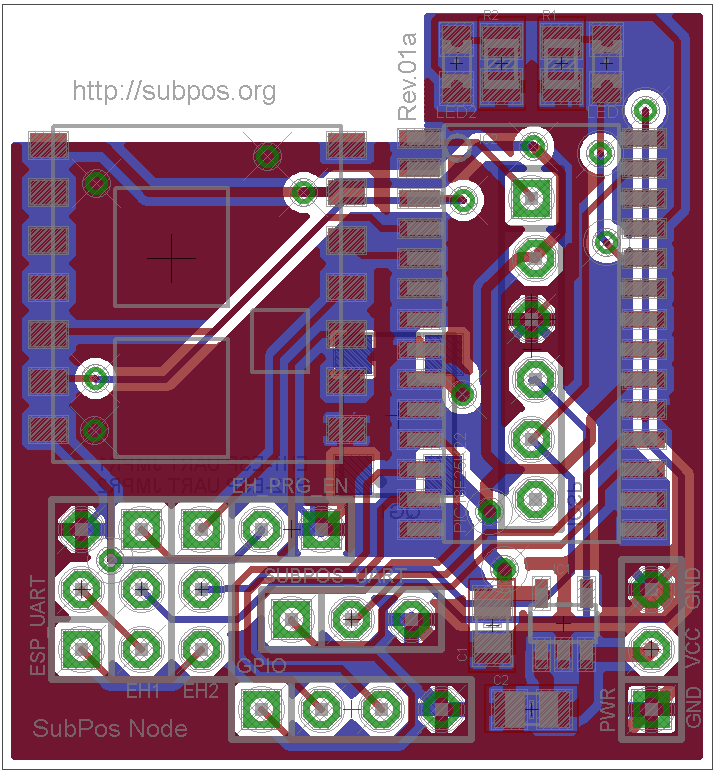 I have also moved to the Microchip PIC18F25K22-I/SO for this board due to some extra scope creep. Note that these boards are designed to become a self contained system (SubPos Node) that is easy to program and maintain (or use as a GPS position relay). These nodes are also designed to provide accurate timing as well to help with distance calculation accuracy.

If you just want a tiny throwie like device, you can get away with a "pre-programmed" ESP8266 module and a coin cell battery (I will make a variant of this shortly). In this instance, you will need to set the position in the ESP8266 module with AT commands as shown here. On restart (depending on the firmware), the SSID stays stored in the flash on the ESP module. I will have a low power firmware that will work for both the node and throwie types soon.

Edit: I let the integrated antenna design go for the time being and I will use the ESP03 modules instead. I want the final product to integrate all these components individually, but I haven't had the time to go through antenna theory at the moment. These boards are designed for development work.

The "consumer" design will forgo the header arrangement as shown below and opt for a more ruggedised connector setup (reverse voltage protection) and interfacing (e.g. RS232/USB). These boards are already quite small (30.07x32.39 mm), so shrinking them further isn't a priority. If I go down the kickstarter route, I would also like to get FCC approval. No those ESP modules with an FCC logo are NOT FCC approved when they are integrated into a final product (plus it's dubious as to whether those modules are also FCC approved as is anyway). The headers are used to allow for programming of the ESP module flash and general operation.

I am getting these boards made up on http://oshpark.com: 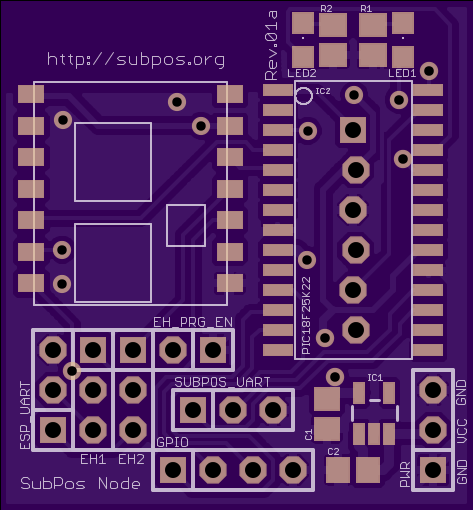 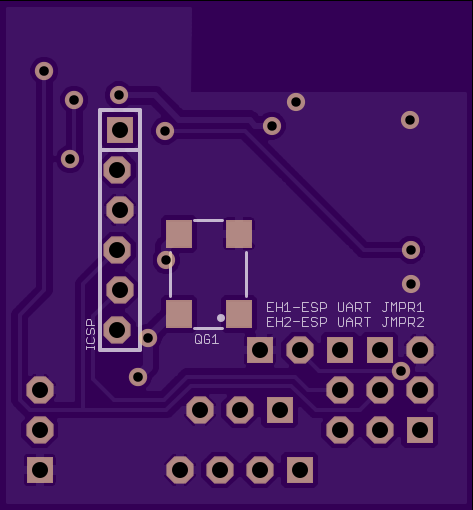 Don't worry, your eyes aren't broken. The ICSP connector holes are offset slightly to allow you to plug header pins without soldering.

Just realised the web address will be covered by the ESP03 module once assembled. Oh well :P

I do wonder about that (I'm not claiming this isn't true though), because they were selling them even before Expressif had a reference FCC design. And that's only Expressif's reference design, not the design that 20 different Chinese PCB fabs are coming out with:

Even so, once you integrate it into a greater design (that you would sell onto others), they would no longer be FCC approved.

I'd say, when you buy them at adafruit, amazon or another store they have to be FCC approved.