Nothing is ever easy. I spent about 3 hours setting all of this up (not to mention the several hours of prep work to get it all ready) to test 8 nodes in a square formation with test points at 1m intervals: 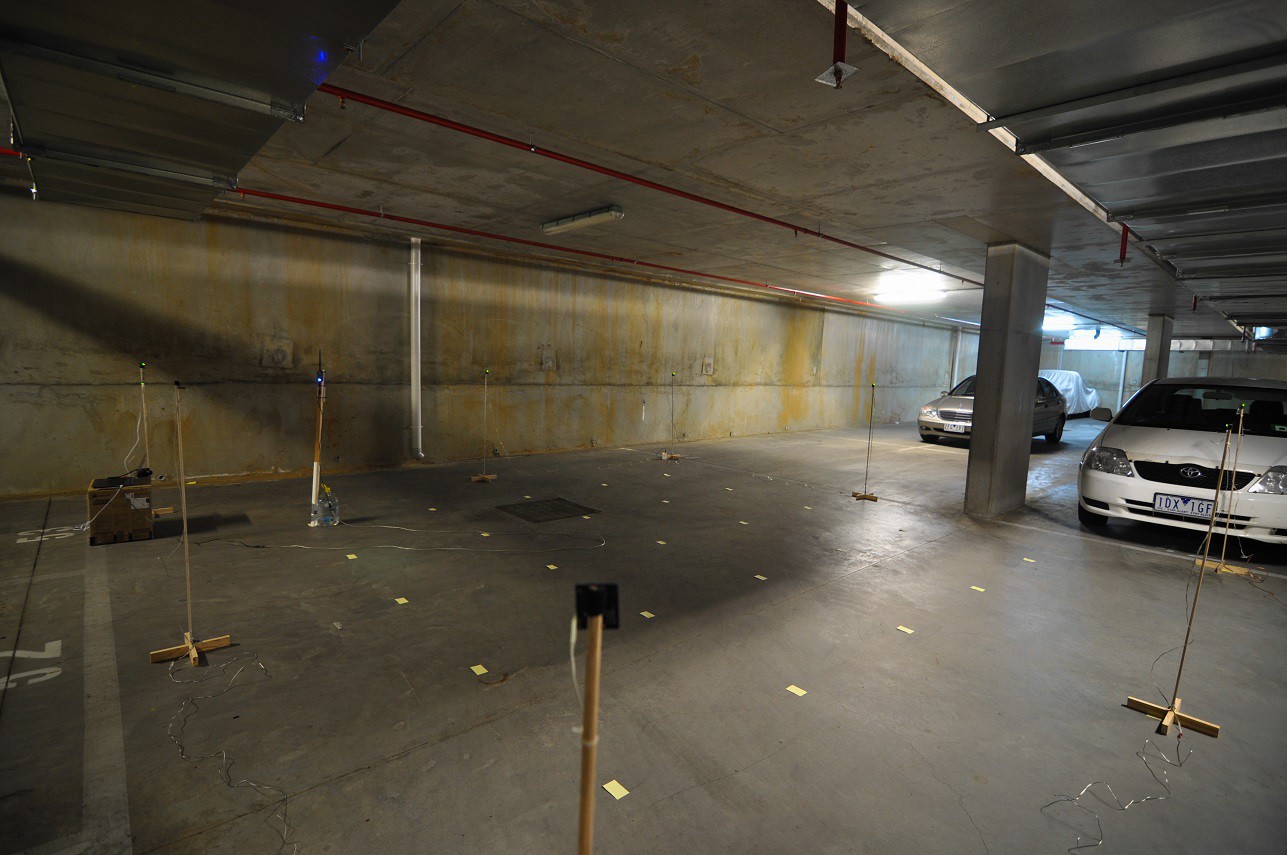 It turns out there are a few issues:

So back to development... At least I got a neat animated gif: