A fairly beefy quadcopter based on the arduino mega 2560, xbeam.

So, i'm using the mpu6050 and the i2cdev libraries, and that all seems to be working out well. Definitely better than me dealing with raw gyro and accelerometer data - that was a nightmare as soon as the props started spinning.

Everything was testing out ok standalone, but then I wanted to switch over to using my xbee modules for comms with my remote controller (a pc with a joystick).

I hate fighting with the things at higher baud rates than 9600, but as soon as I do that (i.e. Use 9600 vsthe mpu6050 example programs use 115200 baud), it throws a wrench into things. I.e. The fifo buffer on the 6050 gets blown, as the program is spending too much time spitting data across a slow connection, I think. In addition to the fifo buffer problem, the yaw pitch roll numbers eventually seem to freeze or go wonky.

So, i tried to set up a timer interrupt (google the "TimerOne" arduino libraries), and just check once a second whether the remote wants the new yaw pitch roll numbers. It's been running like that ok for about half an hour.

In any case, maybe I need an alternative to the xbees (like those nice radio controllers from jhobbyking....) 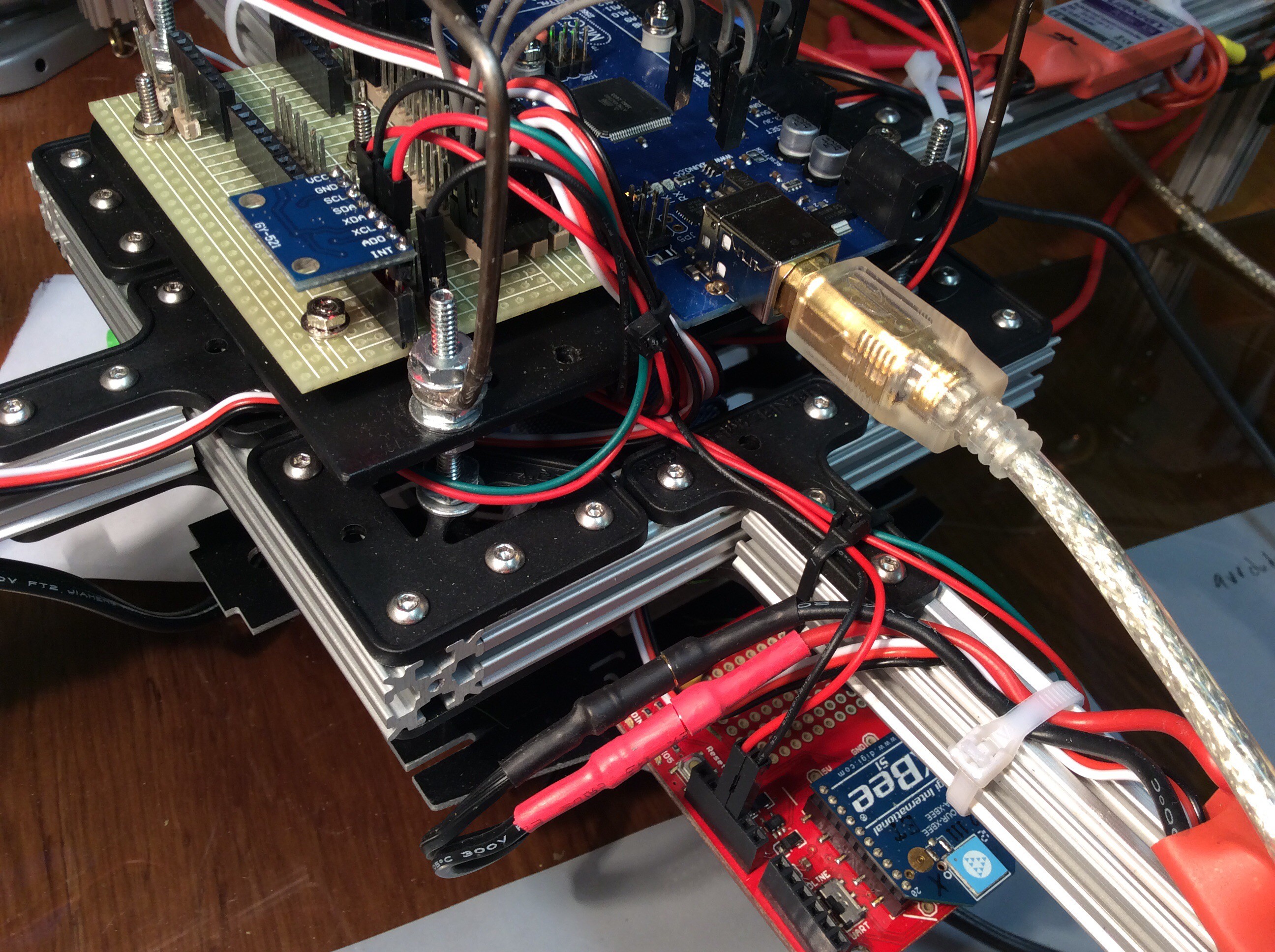 Output on the PC: