Did some controller Development

My Son Gregory is kind of in charge of the Controller Ergonomic design. He was here this weekend, so between that and the mouse pointer Hacklet we were inspired to some brainstorming. We long ago decided a Trackball is a MUST, and the GameCube controller seems to be the one the consensus prefers. We don't have one of those laying around, but we had a broken Xbox controller we could butcher up, just to see how it feels in your hand. The big hole on the right would presumably have a Trackball instead of what M$ currently provides.

This is our prototype butcher job: 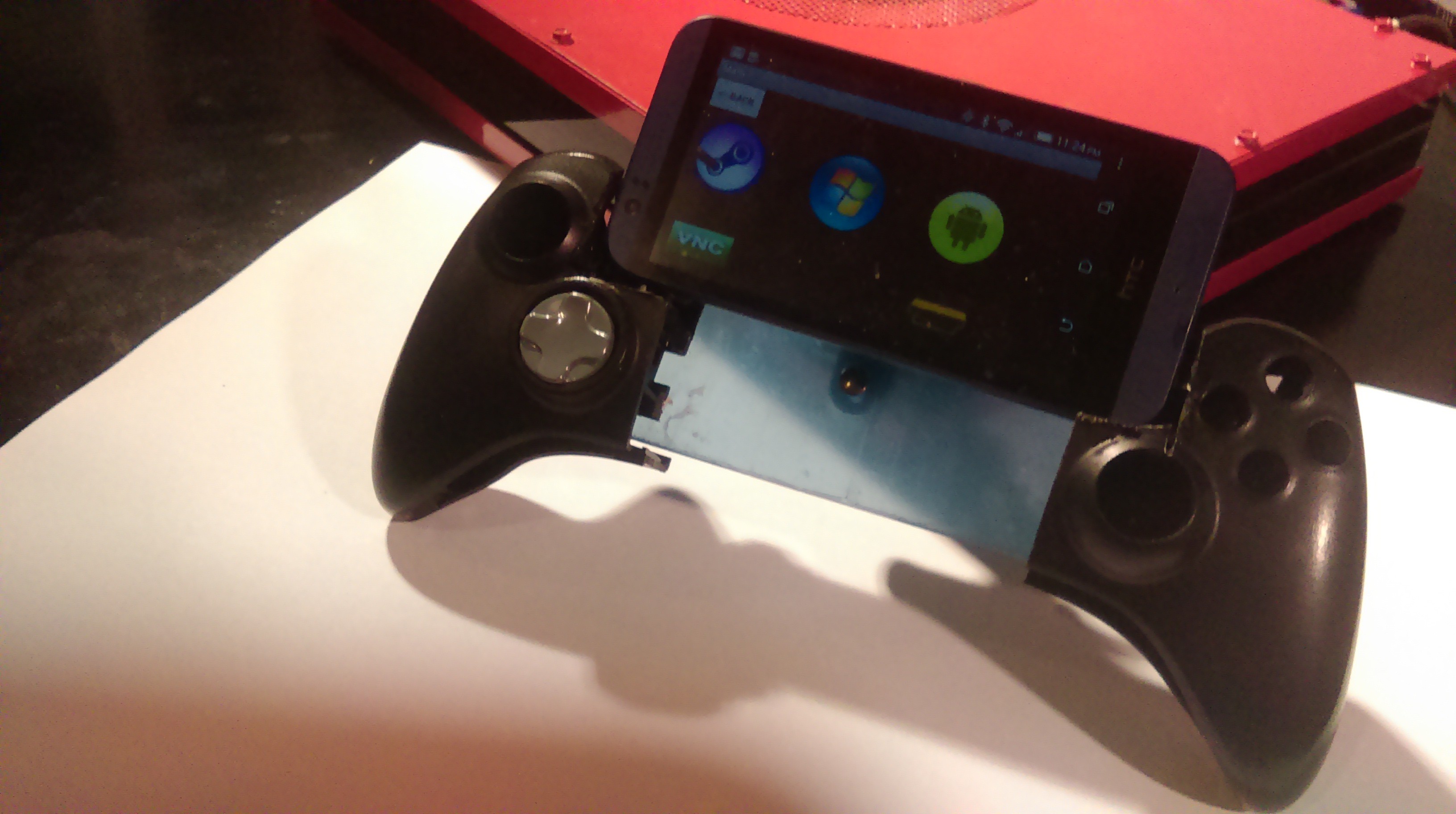 The Mouse Pointer Hacklet also inspired us, first of all to add mouse & keyboard tags like we should have originally.

Since he has the Arduino identified as a HID device.

The Arduino in our Game Console only controls relays at present, and only gets power from the USB connection. The way way we currently provide the Mouse & Keyboard is with the VNC server built into the Hypervisor, since it's available to ALL VM's and even works upon boot so BIOS control is possible. As I have noted someplace above, I would have liked to use a Bluetooth HID but the ability to do this depends on the stack present in the phone. But now I have the idea to have the Arduino behave as a HID, and send the scan codes over bluetooth from the phone. The libraries also include Joystick, audio in & out, & lots more, so it looks promising that all the functions present on the phone could be passed this way.

This is most likely a "future development" aspect of the project, since we presently have a working, if not optimal, solution. I suppose a spare Arduino for testing may be in order.

Received the PCM2704 USB to S/PDIF from China