After a sinuous but exciting road, the Beta prototype came out nice, the entire device is amazingly small: I was able to design it to fit the 110x70mm aluminium enclosure I planned initially without renouncing to any of the sensors nor reducing the 1500mAh lithium battery. See it for yourself, here's the video presentation for the #bestproduct hackaday prize competition:

The day before I got an express package from China with the pro PCBs, but my 3 units were already fully assembled. Manually, that is etching the PCBs, drilling tens of holes, soldering tiny 0805 components with the soldering iron, using power tools to drill and mill the strong aluminium of the 3 enclosures. I had no time, nor additional MiCS-VZ-89 sensors for more units. But those PCBs look good: 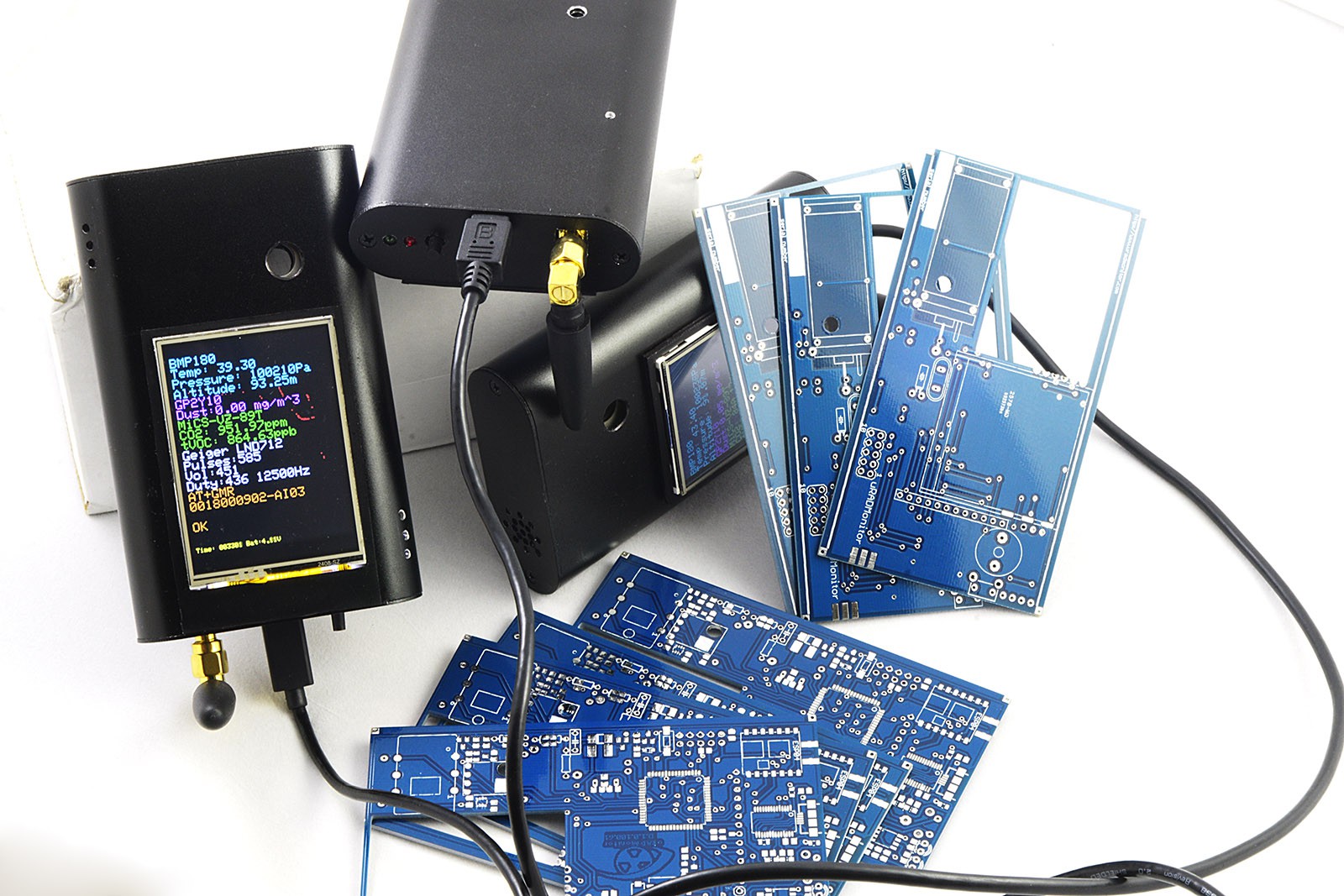 There's the MiCZ-VZ-89 advanced air quality sensor measuring CO2 and VOCs in air, the neat LND712 Geiger tube for alpha, beta and gamma radiation including its high voltage regulated inverter, the GP2Y10 dust sensor and the BMP180 for temperature and pressure while the PCB allows soldering an additional BME280. First thing to do was designing the final enclosure. The design files can already be used in a factory to produce machined enclosures, including nice silkprint to label the various connectors. 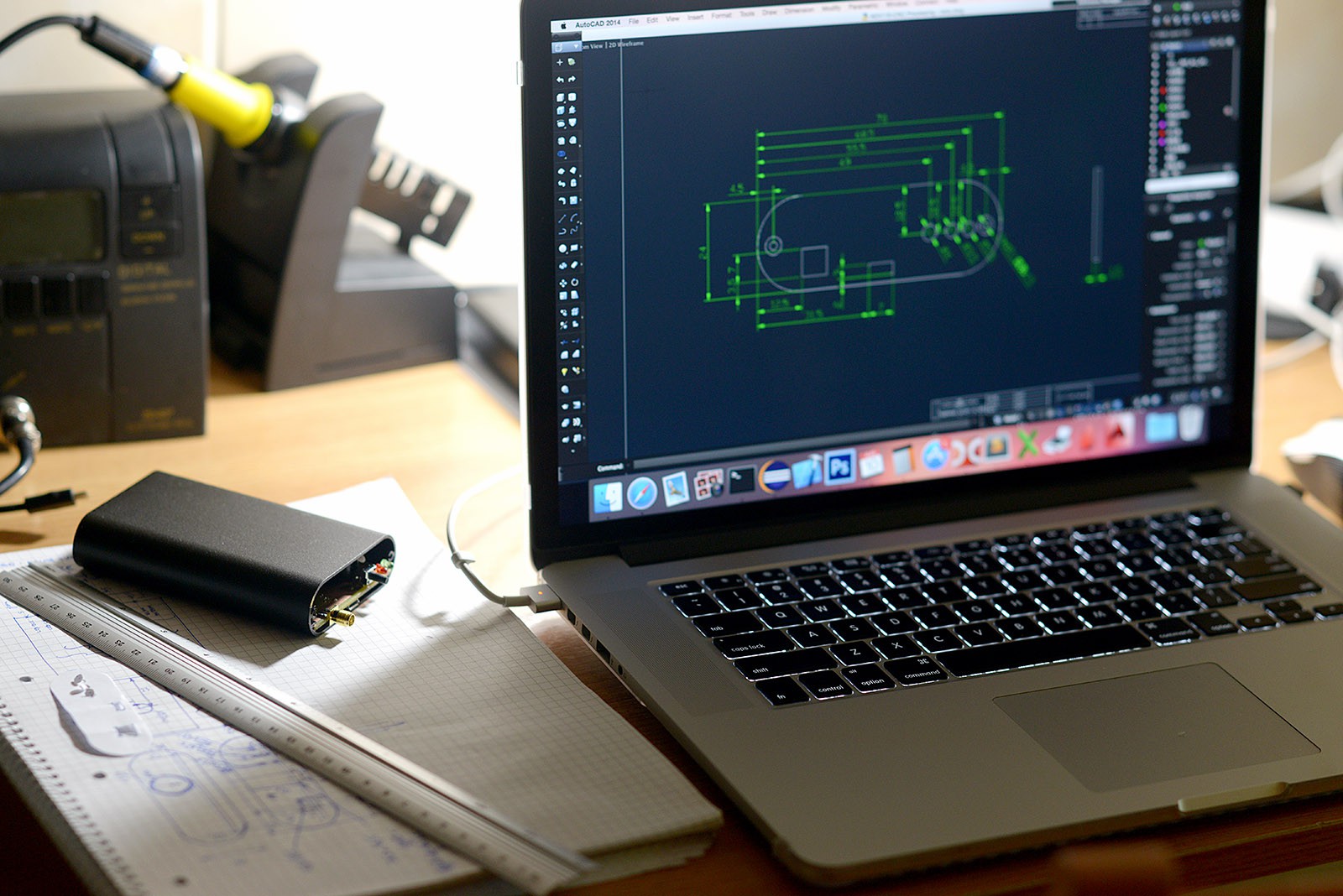 Cutting aluminium is easy if it's thin. I found out my cases won't take the fast spinning diamond disk, so my solution for milling was drilling as many holes as possible to remove the unneeded material, then use a Dremel with a nice milling head. A CNC router would have done wonders here, yet I was able to do it by hand just fine. For drilling holes, I saw that drills for wood give more precise results in aluminium due to their sharp tip better penetrating the material. For the LCD holders I initially wanted some 3D printed parts, but there was no time for that, so I opted for making them out of plastic sheets and painting them black afterwards 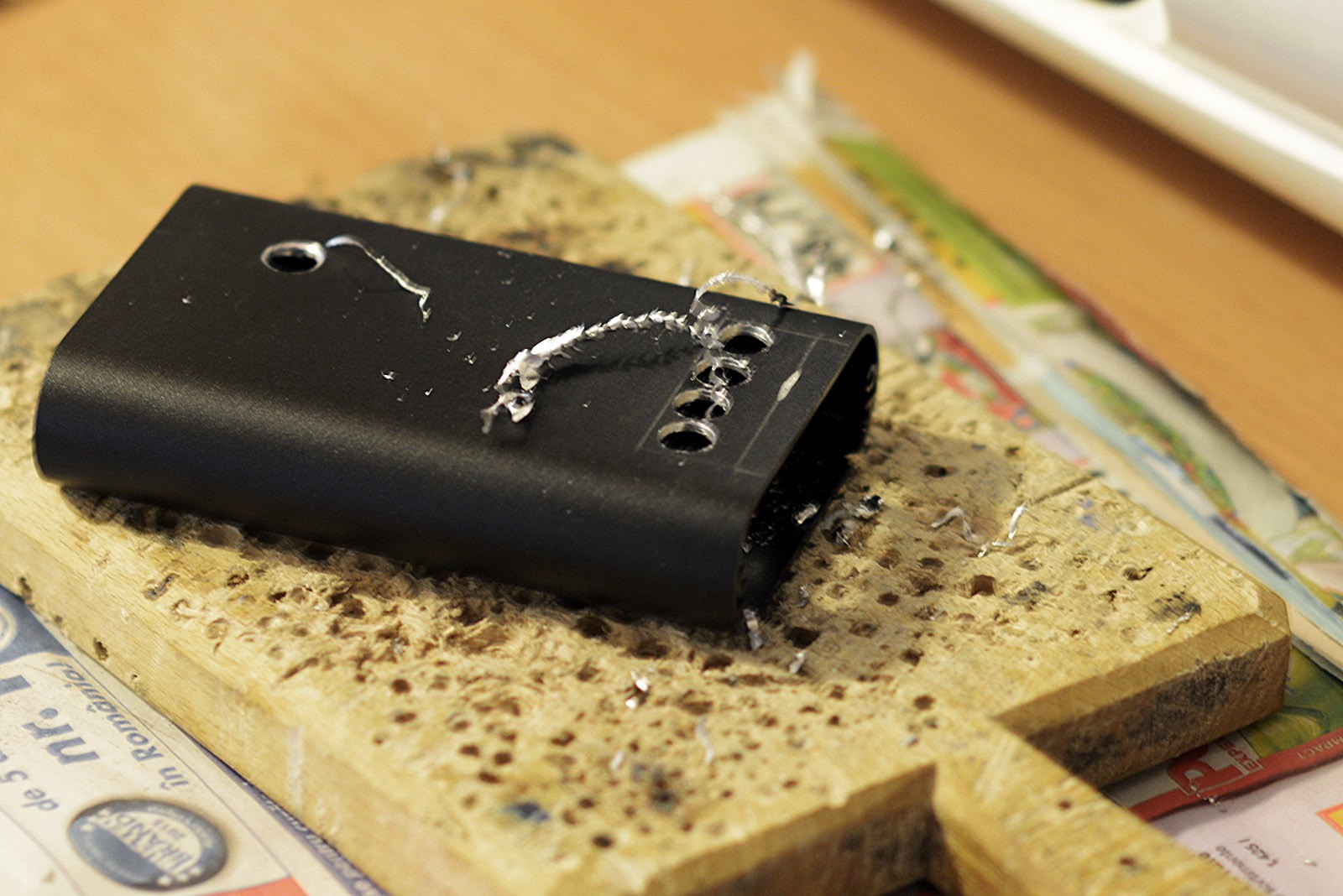 For a single man, this was an enormous effort, but after less then one month it gave an amazing product. Finally the hardware is ready in all its beauty: 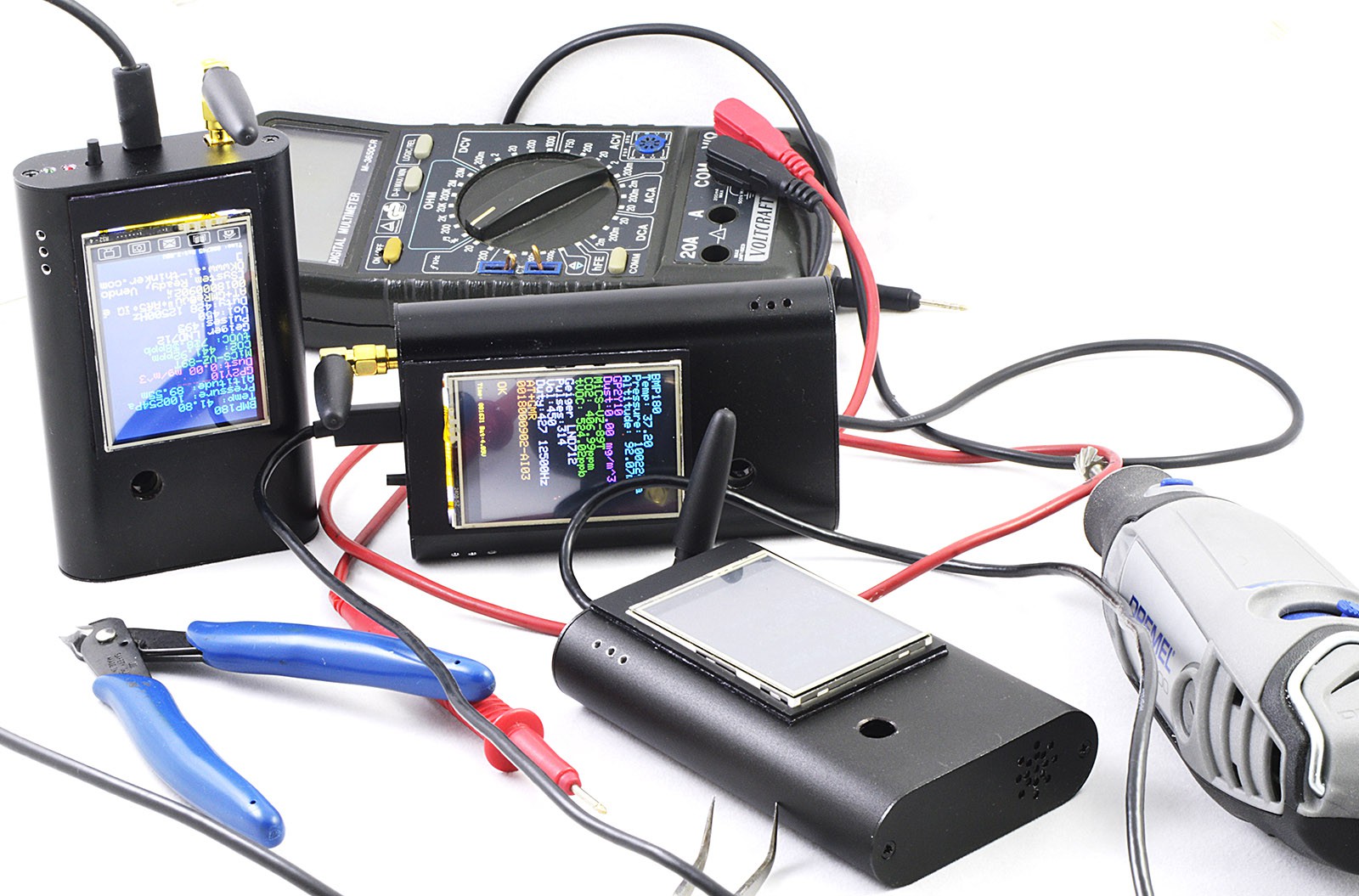 As we speak the three prototypes are on their wait to the Hackaday Headquarts to participate in the Hackaday Prize 2015 #Bestproduct competition.