For the Portable Environmental Monitor beta release, both the project summary and the system design document presented some of the things to improve next. The first PCB was fine, but there was a linear regulator wasting power, that had to be replaced. Also, new ideas needed more hardware changes. Here is another hardware iteration (v1.0.102 to implement all that. 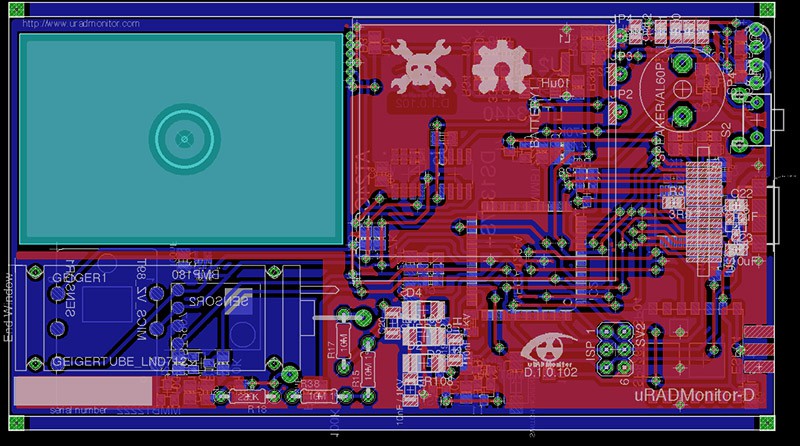 The new changes include:
- power efficient Lithium battery voltage converter, using LTC3440. Beta variant used the BL8530 + AMS1117 for 3.3V, wasting some energy as heat. The LTC3440 is a high efficiency, buck-boost DC/DC converter that operates from input voltages above, below or equal to the output voltage, in this case 3.3V.
- the geiger counter circuit now needs a voltage multiplier to be able to jump from 3.3V to 450-500V as needed for the LND712 Geiger tube.
- the ISP connector was changed from 10pin to 6pin to save space on the redundant pins.
- the LCD connector, was in Beta a custom made. Being able to identify a source for prefabricated PCB 0.8mm pitch 18pins connectors, the custom connector was dropped, and this brought a few improvements: the aluminium enclosure doesn't need a huge cut to connect the LCD and the design is more modular, allowing both easy assembling and disassembling.
- external eeprom IC added, to cache the readings locally until an Internet connection becomes available
- RTC IC added, for continuous timekeeping and allow waking up the unit on a predefined interval
- some components were rearranged and some sizes recalculated to make assembling easier
The changes will be added to the specs as soon as the first new units are assembled and tested. For now I need to order the PCBs and the few missing sensors and components. The new circuit diagram shows the components involved: 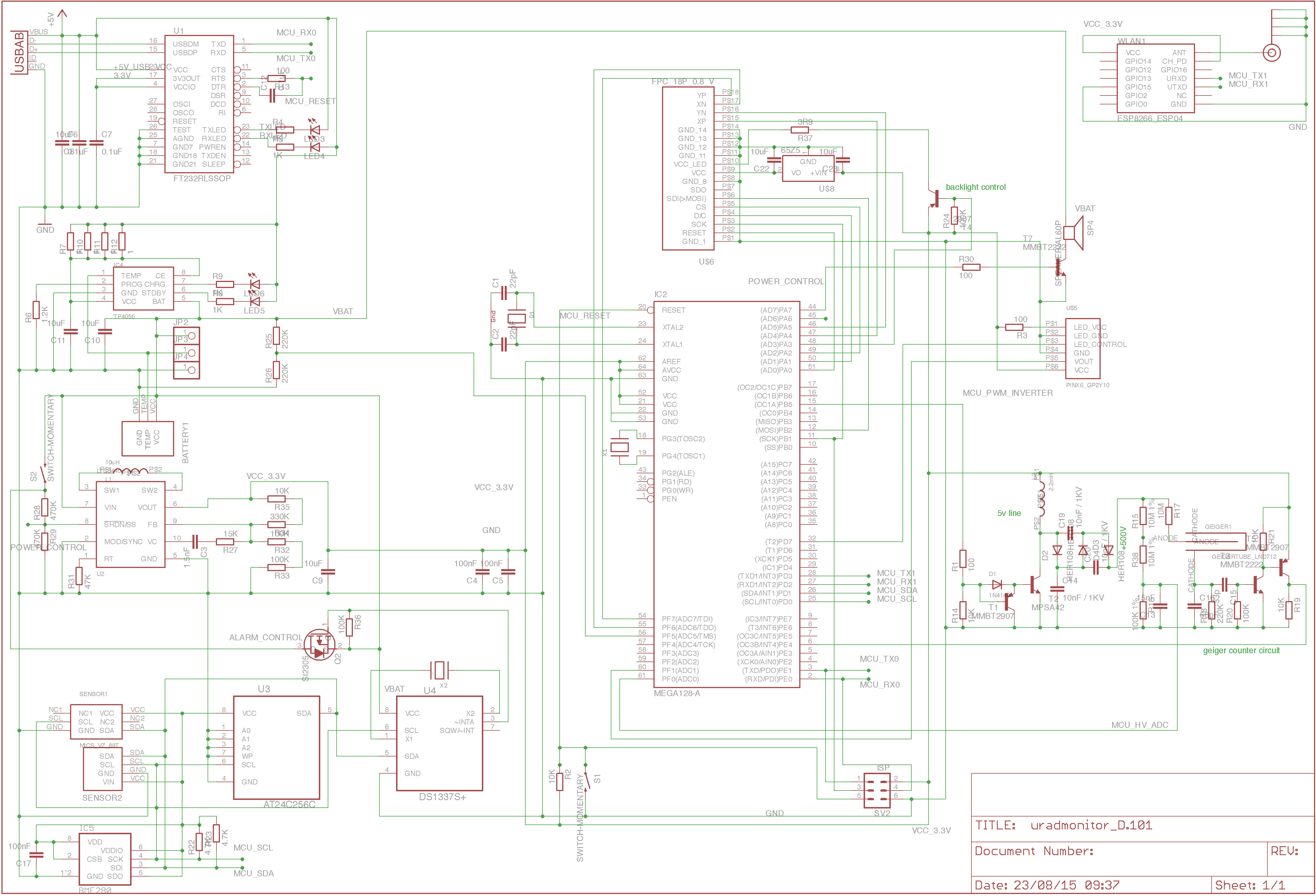 With the new LCD connector the enclosure changes a little from the Beta variant. I have the CAD drawings in place, detailing every silkprint label and hole, but what's interesting is that I added side handgrip cuts, for a neat design and for better adherence. 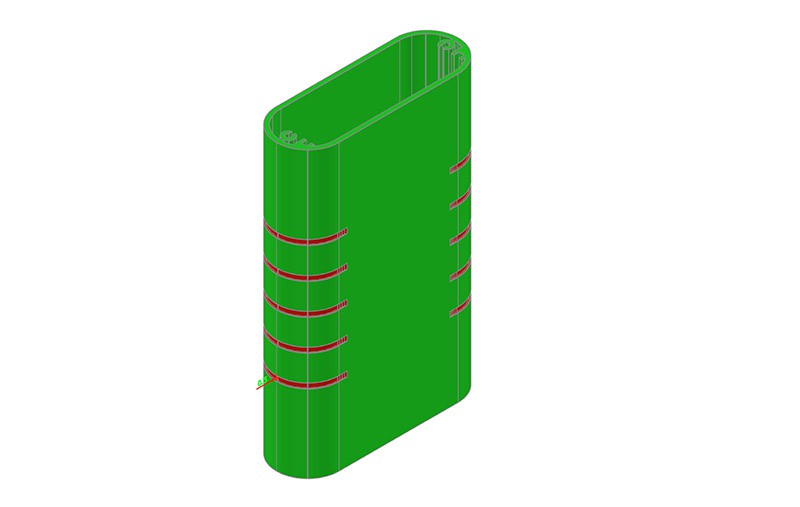 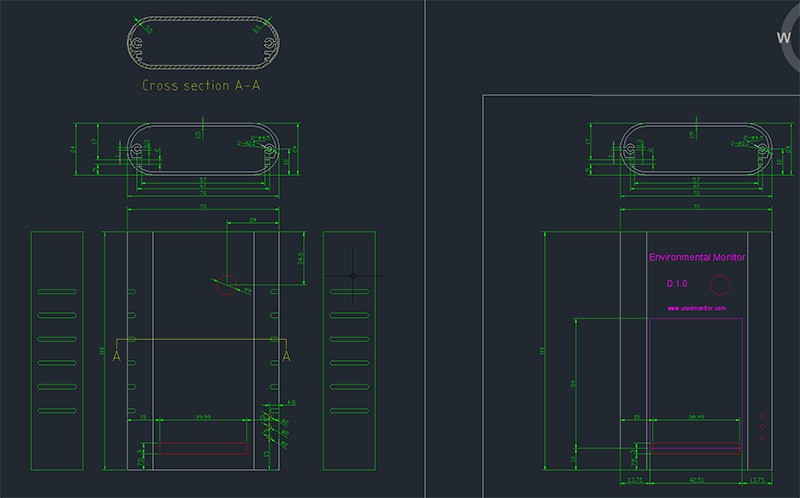 These will be machine processed. I spent quite some time to find the best provider in China. Discussions and results were mixed, I got everything from poor English speakers to excellent communication, and so were the prices where for 10 sample aluminium enclosures prices varied significantly from an offer to the other: incredibly but even with two orders of magnitude, that is ... 100x price difference between some orders. The explanation is of course greed mixed with a misunderstood negotiation practice, but for those more reasonable it was also related to having the proper base aluminium profile or not. Having it means the processing only requires drilling, milling and silkprinting, while the other case also involves building a mold to actually build the enclosures from scratch. The latter though, can be cost-effective with large orders. All this is not something to do in a hurry.