Back where I started

I made the quick changes to display '65' on the display and programmed that up. Looks pretty much like what it did when I was using the Arduino IDE: 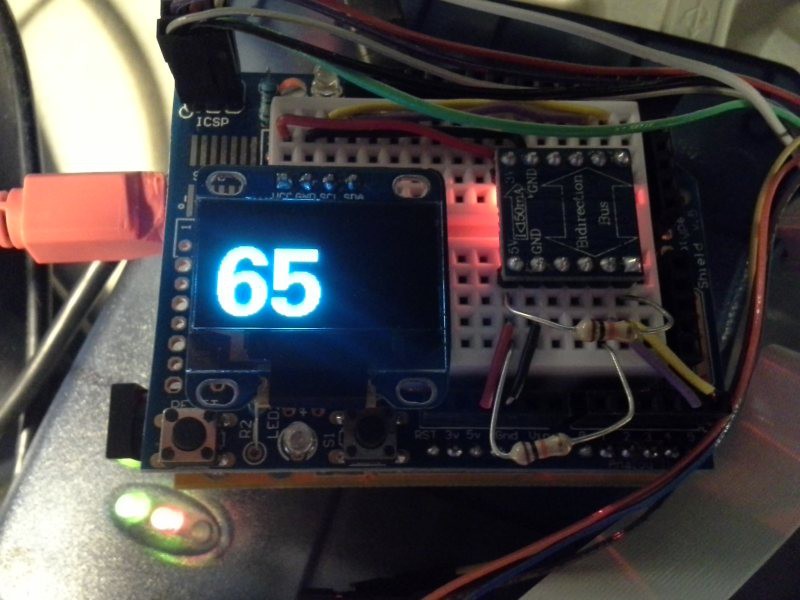 Ah, but now it's being built and programmed in Atmel Studio! :)

I spent a little time looking at the GPS parsing. I did find this project that is a library for parsing the NMEA sentences the GPS spits out. I might end up rewriting it in C, but it seems like it would work well. The use of floating point numbers bothers me a bit, I don't know if I will (or can) stick with those.

Next up, doing something other than trying to display '65'. :)