A first attempt at a wearable that interacts with Android notifications and has a few other neat features.

It's been over half a year since my last post, and while this project has been consistently gaining followers, I've been struggling to bring it to an end. The first of the problems that I encountered involved the circuit board. A result of the mere 0.4mm thickness is that it is extremely flexible. While wearing or handling it, it's easy to accidentally bend the board and have a solder joint break. In my two boards, I was able to completely assemble the first before noticing a bad connection, while I had to scrap the second one before even soldering on the neopixel ring. Finding the bad connection is nearly impossible after the whole stack of batery + pcb + arduino + lux sensor + neopixel ring are assembled and glued together. I considered reflowing the solder by sticking it in the oven (without the battery of course) but figured this had a bigger chance of damaging other components.

The other problem I had, and one that drove me absolutely insane, was trying to integrate tv-b-gone functionality into the watch. I followed adafruit's tv-b-gone guide as closely as possible as the flora uses he same 32u4 chip as the trinket pro, albeit at a different clock speed. I played around with different resistors, voltages, ir leds, and nothing worked. Even Ken Shirriff's excellent write-up on arduino pwm registers which goes in depth on how to use the internal timers to output pwm at any desired frequency wasn't able to help me. I suspect it may have to do with the 12mhz clock speed. From what I understand, the tv codes that are stored in memory are scaled by the clock frequency when retrieved. With no real way to troubleshoot (it either turns off the tv, or it doesn't) I've finally given up and will be using the space on the watch for a vibrator motor. Yes, it's the easy way out, but at this point I need to finish the watch and this has been holding me up for far too long. 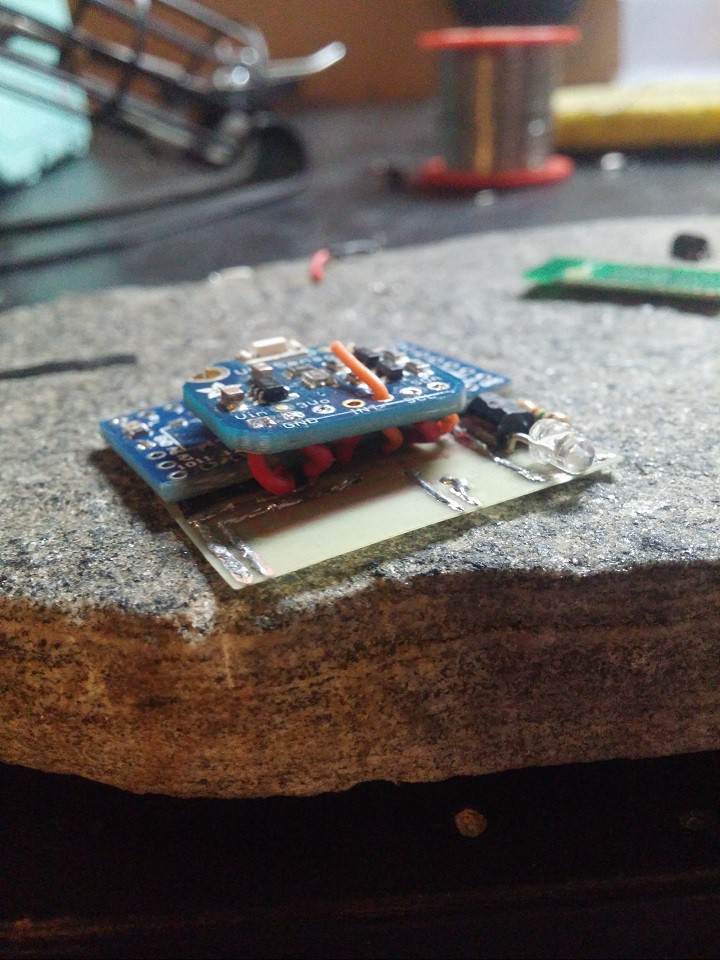 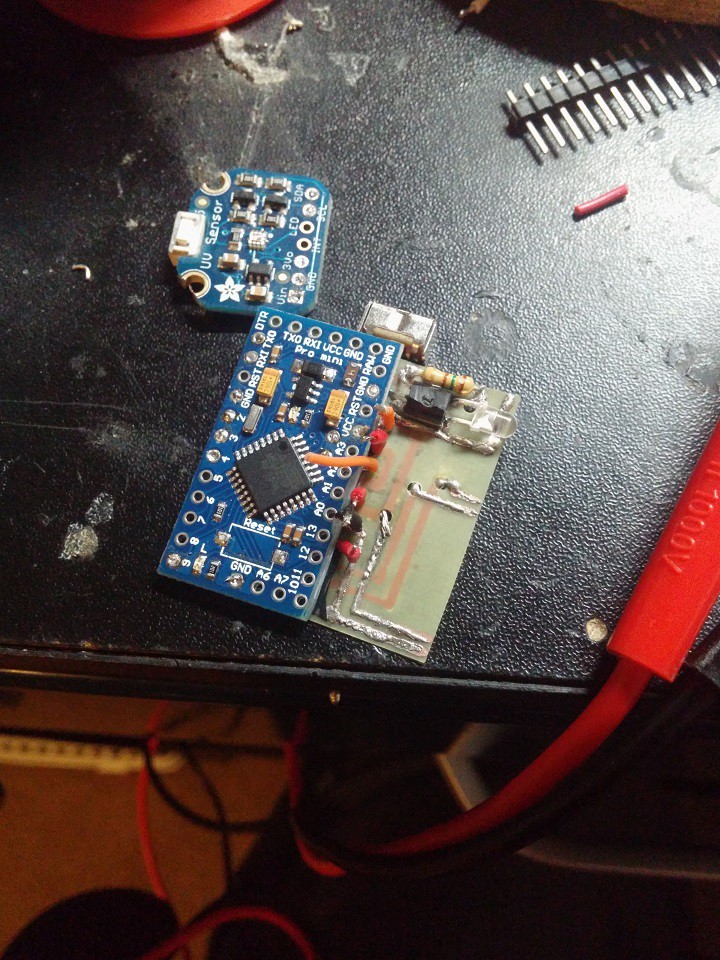 Finishing up the Hardware