Finishing up the Hardware

A first attempt at a wearable that interacts with Android notifications and has a few other neat features.

Well, the watch is finally finished on the hardware side. Spurred on by the new parts that had arrived, I dedicated a weekend to soldering and gluing everything together. Never underestimate the value of quality wire; 30awg silicone insulated wire made the job a million times easier than the old 26awg pvc crap I was using. I had initially planned a two piece design, with the arduino, battery, and BL receiver on the bottom of the wrist, and the sensor and light ring on top. Turns out I could mount everything as one piece without compromising thinness too much. The adafruit usb charger module sits off to the side and is covered by the strap when worn. Keeping track of the wires was difficult as they're all black, and I nearly destroyed the arduino when I swapped the ground and 5v usb wires, but the end result looks really clean. The watch face comes from a 0.3mm sheet of carbon. It's flexible enough that you can push down anywhere on the right side of the watch to trigger the button. I replaced the elastic band with a black fabric strap that complements the rest of the watch nicely.

I'll add a video demonstrating all the functions later this week.

Below are some pictures of the build: 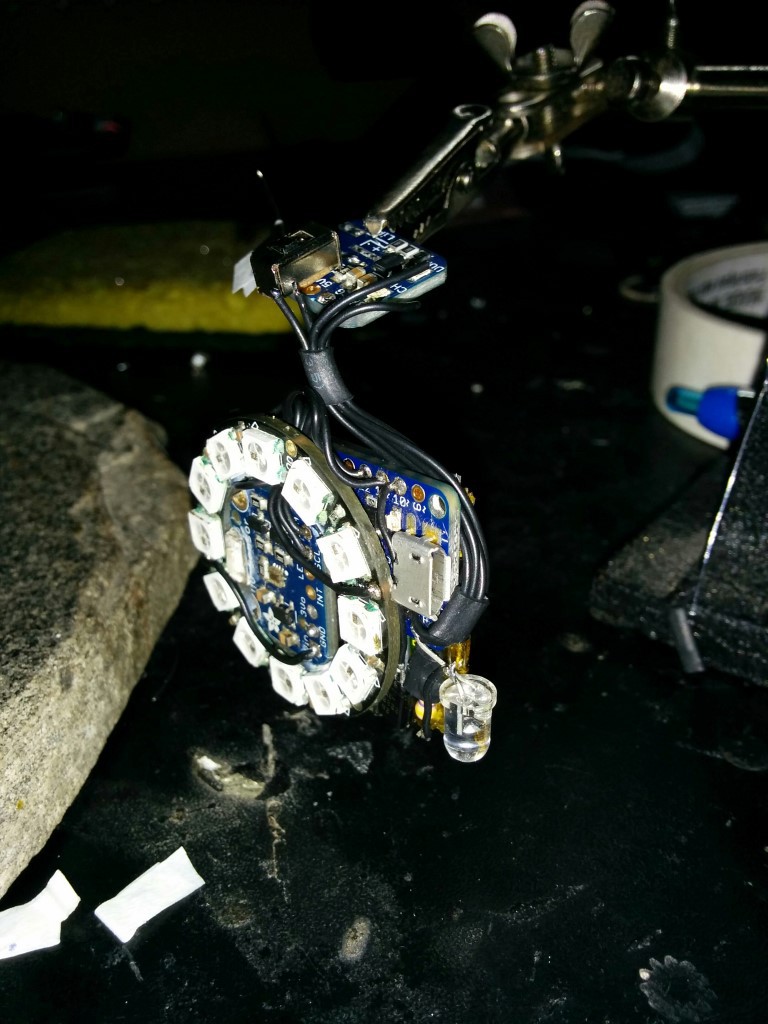 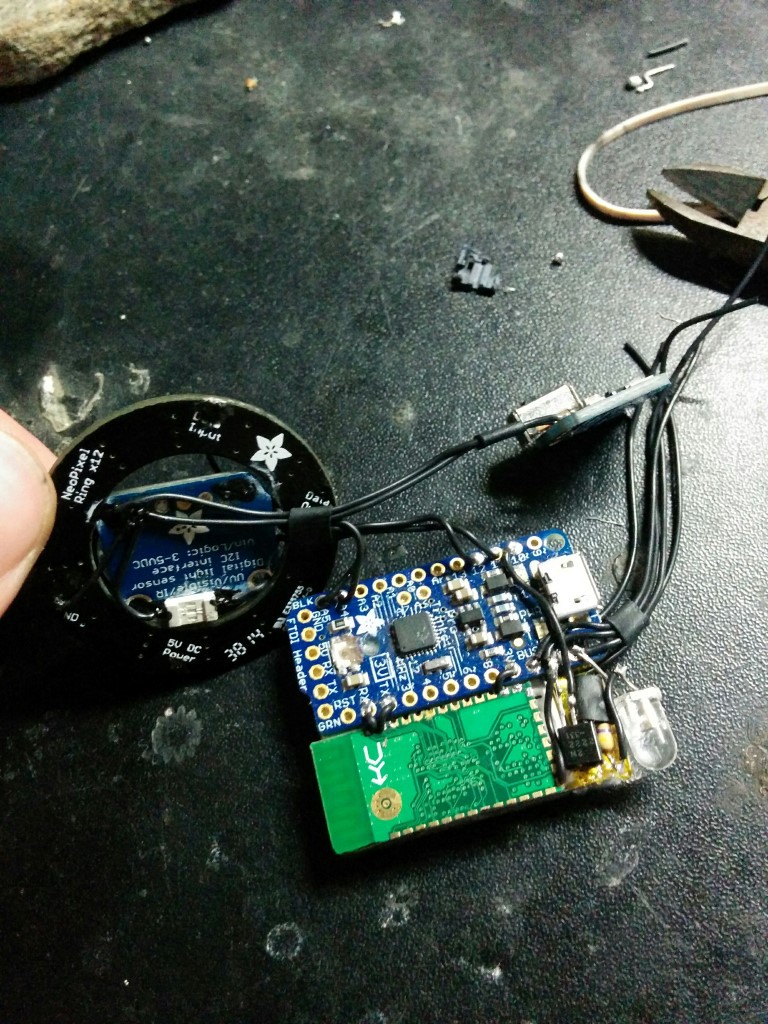 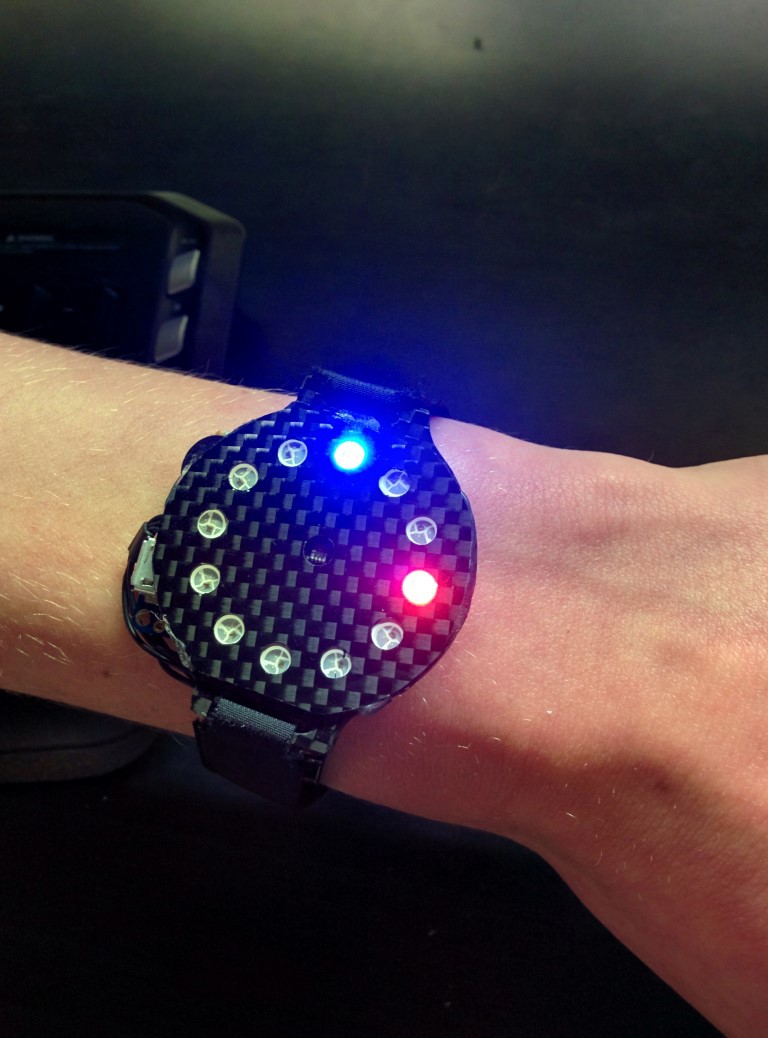