I bought a Belkin WeMo Insight to play with, because I like the idea of an internet-connected outlet that can *also* monitor power usage. Of course, rather than actually using it, I immediately took it apart. So, I figured I'd take some pictures and share them here. 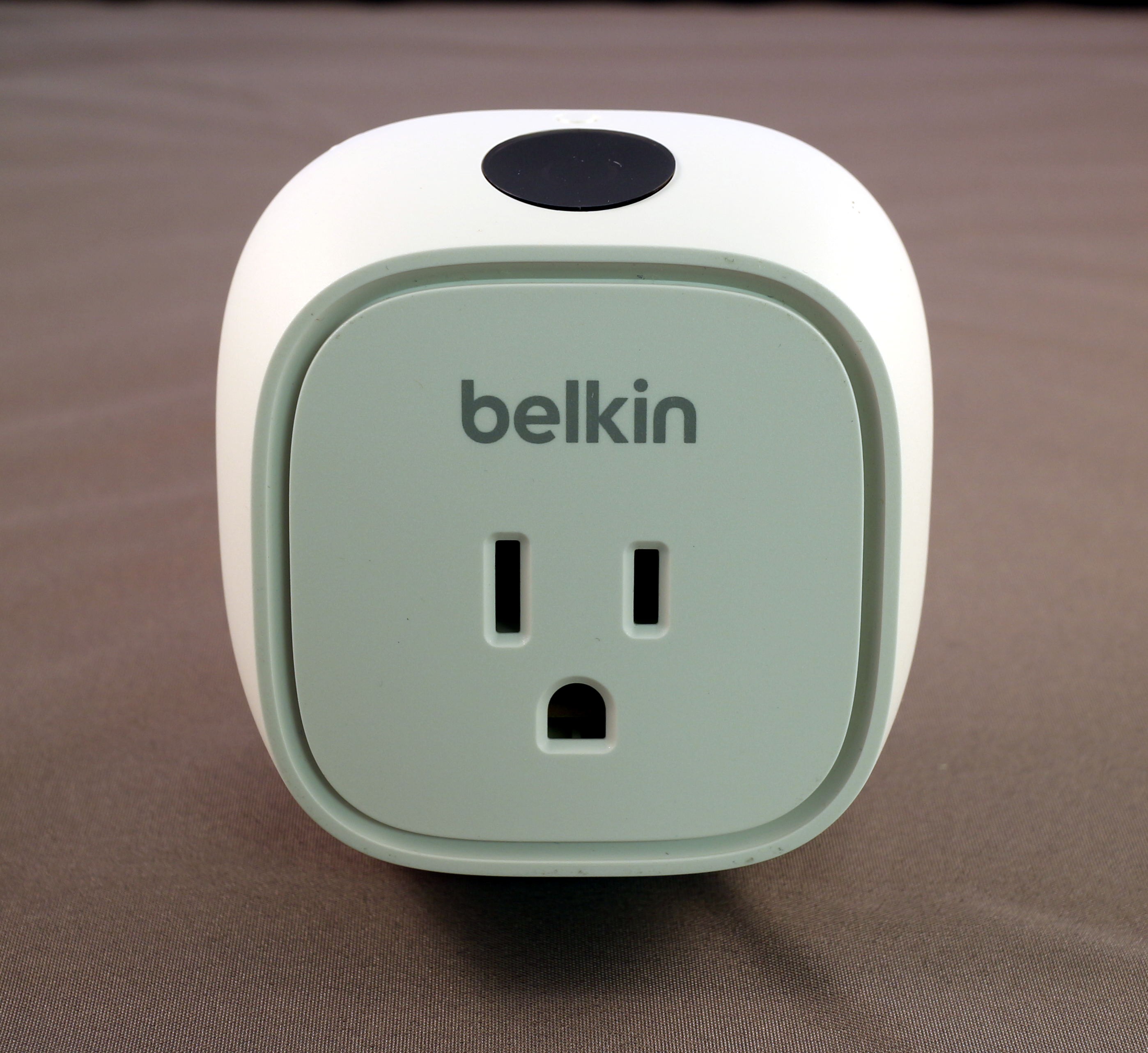 So, here it is. It's much smaller than the previous model (the non-Insight one). And here's the back. At first, it looks like it might snap together because there are no visible screws, but if you peel up the label... 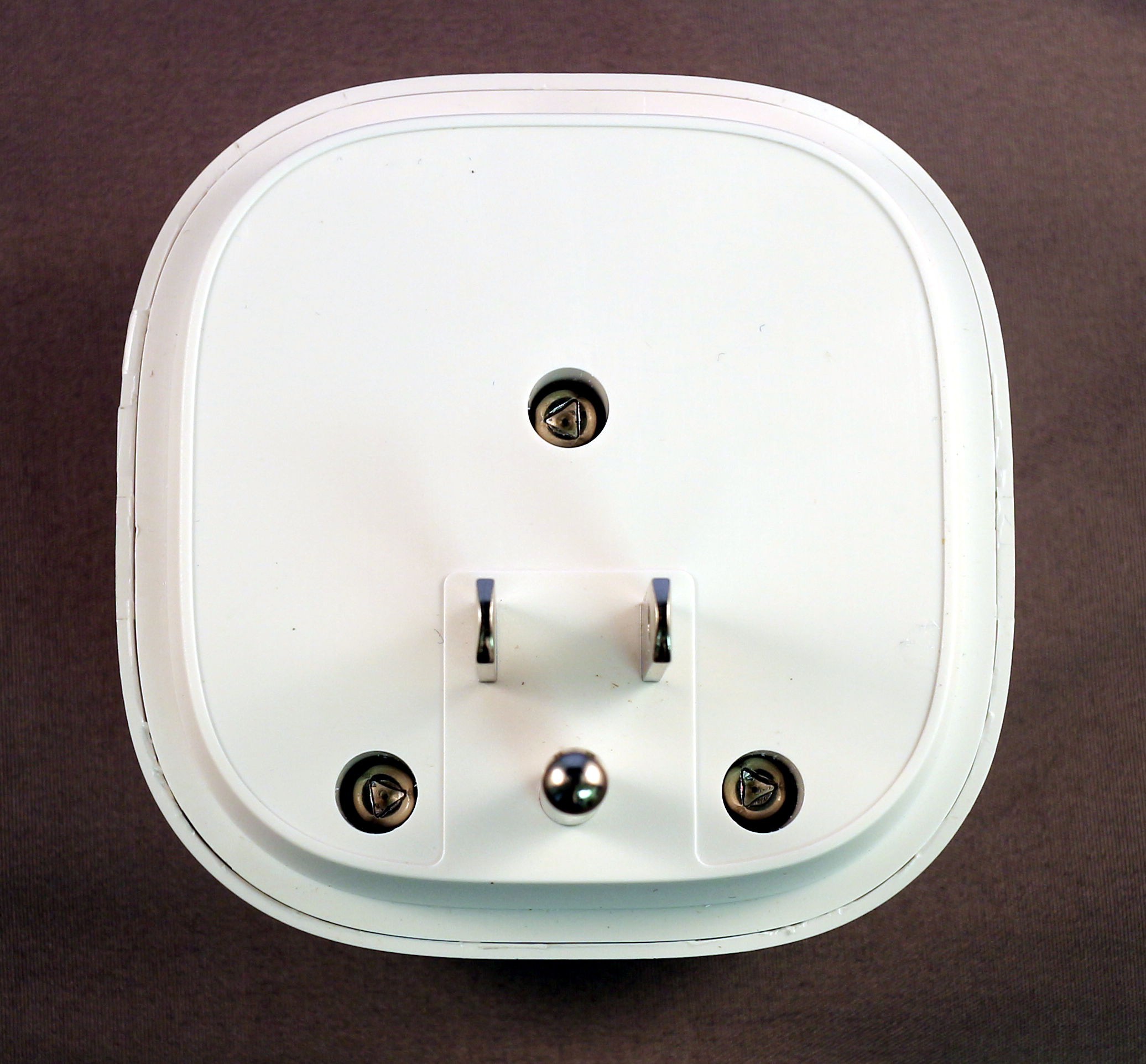 ...you will find three anti-tamper screws. These are triangle drive, and I don't have a triangle screwdriver bit - however, with the right size slotted screwdriver, it's pretty easy to get them out anyway. 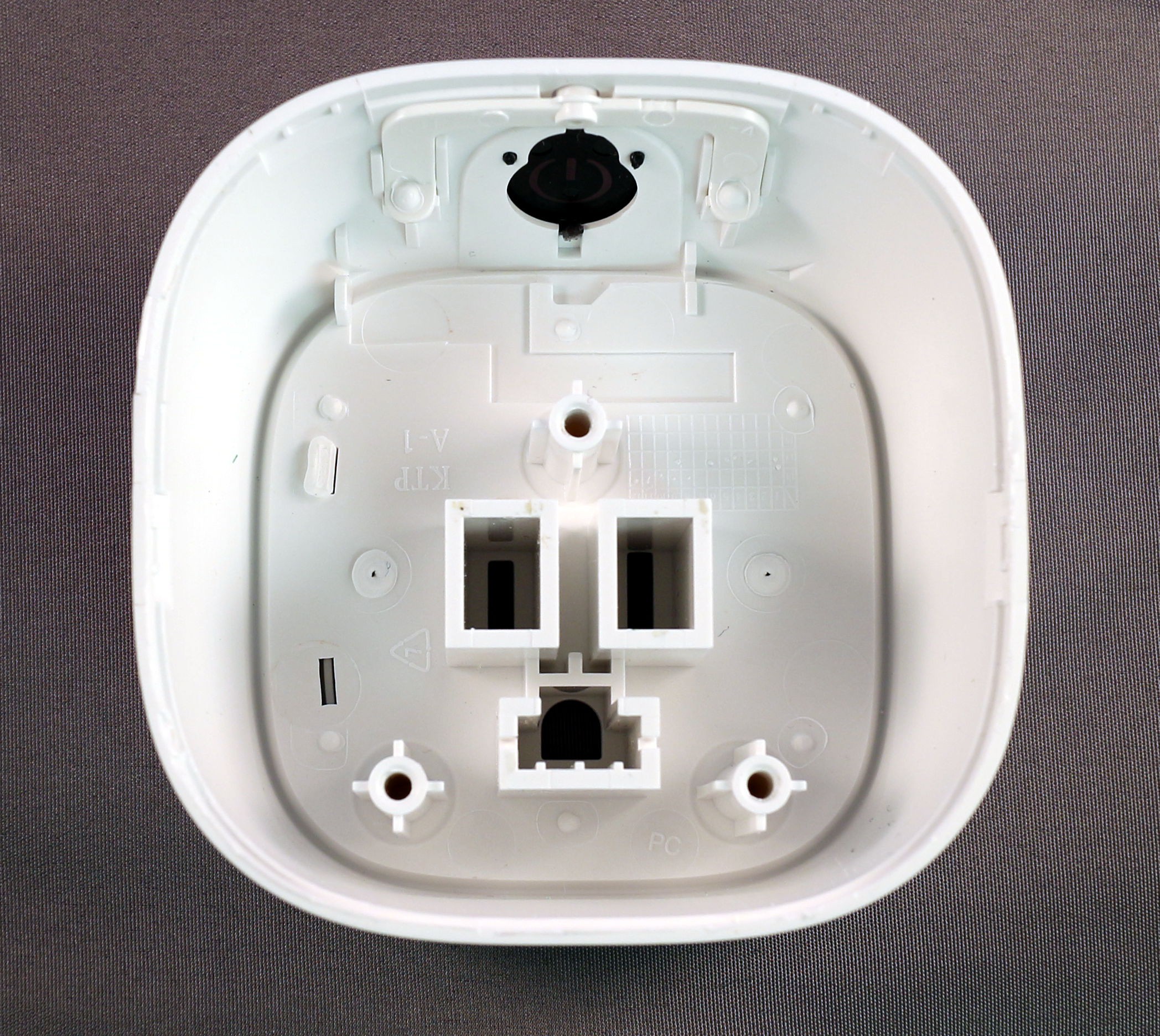 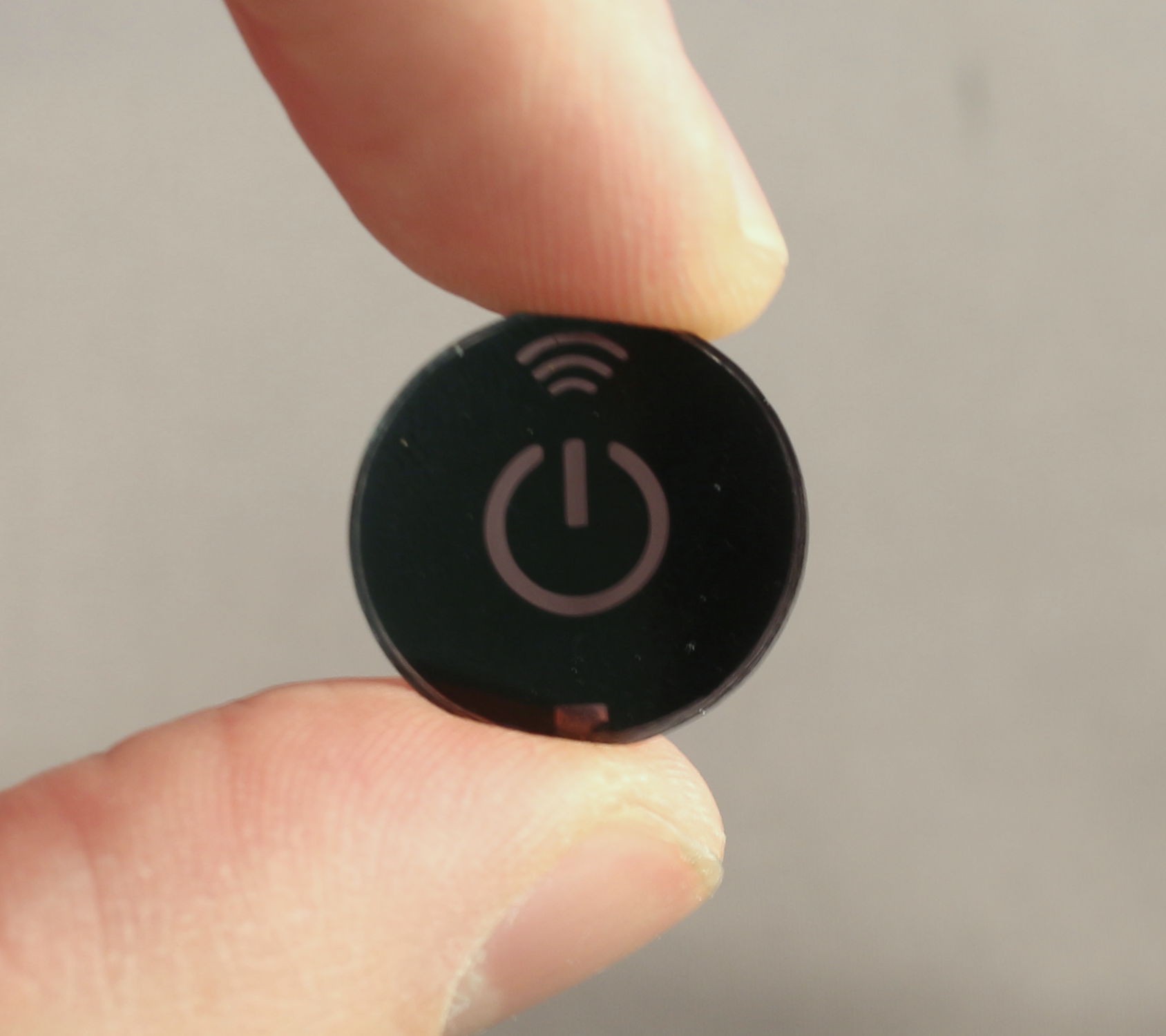 This piece appears to be made out of clear plastic with raised features for the power and wifi icons, and has black opaque plastic overmolded onto it to block light on the rest of the piece. And here's the more interesting side. There's a PCB which holds all of the high voltage things like the switching relay and current monitoring circuitry, and a PCB which contains all of the digital components. 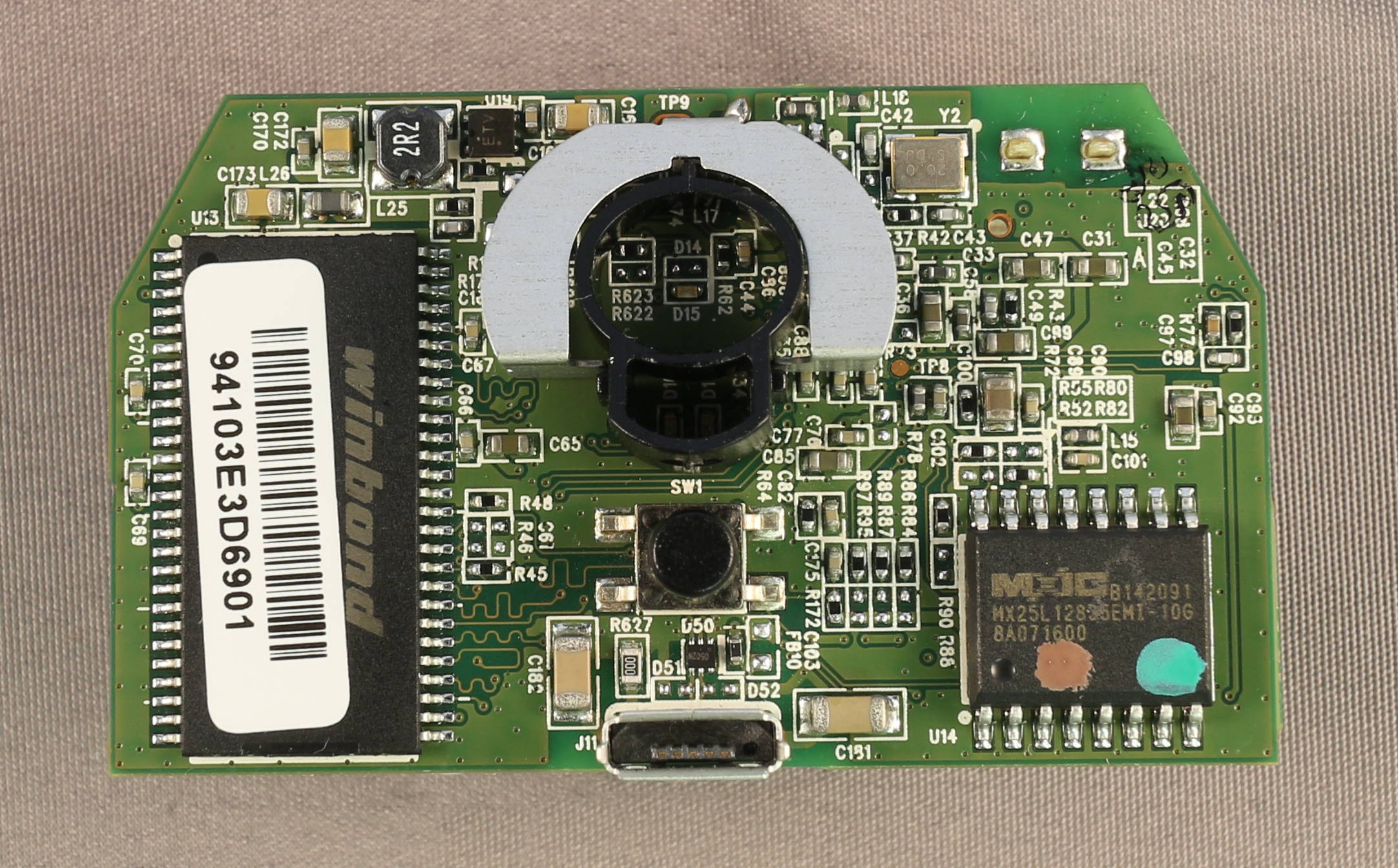 Here's the top of the digital PCB. There's a black plastic piece in the top-center which prevents light from the different status LEDs from bleeding through into the wrong part of the display. There's also a sticker covering the part number of what appears to be a RAM IC. Let's take them off to get a better look. 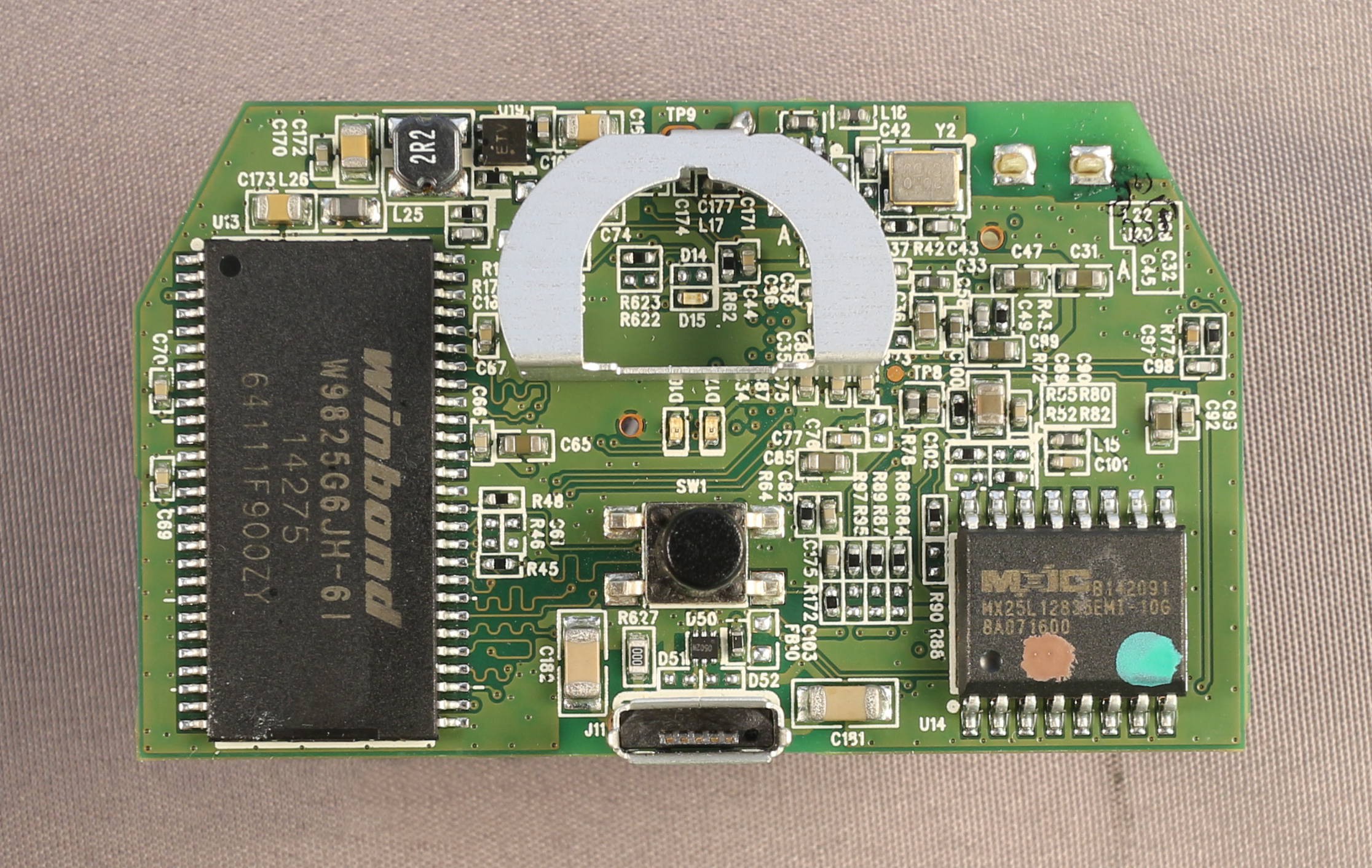 The board looks pretty straightforward, there's a Winbond 256 Mbit RAM IC and a Macronix 128 Mbit Serial Flash IC. The status LEDs are visible in the center of the board (D15, D10, D17), and there is what looks to be a power supply in the top left. On the other side we have the brains of the operation: a Ralink/MediaTek RT5350F SoC. This chip is apparently pretty common in routers and access points, and can also be found in several other WeMo products. There's some interesting information about modifying/programming the firmware for this chip on WikiDevi - could be interesting for future hacking...

This side of the board also holds what I assume is a WiFi antenna, mounted at a right angle to the PCB: The antenna is marked with "US" - so I assume they must have different antennas for different markets. And now, back to the other side. There's a varistor and a resettable fuse (PPTC) for protection, a 15A relay, and a small transformer with a diode and a handful of capacitors to step down voltage to power the digital parts. The plug itself is overmolded or press-fit into the plastic enclosure and soldered directly to the PCB, so I didn't bother trying to take that apart. There's also a PCB mounted at a right angle to this board, which I have to assume holds the current sense circuitry: 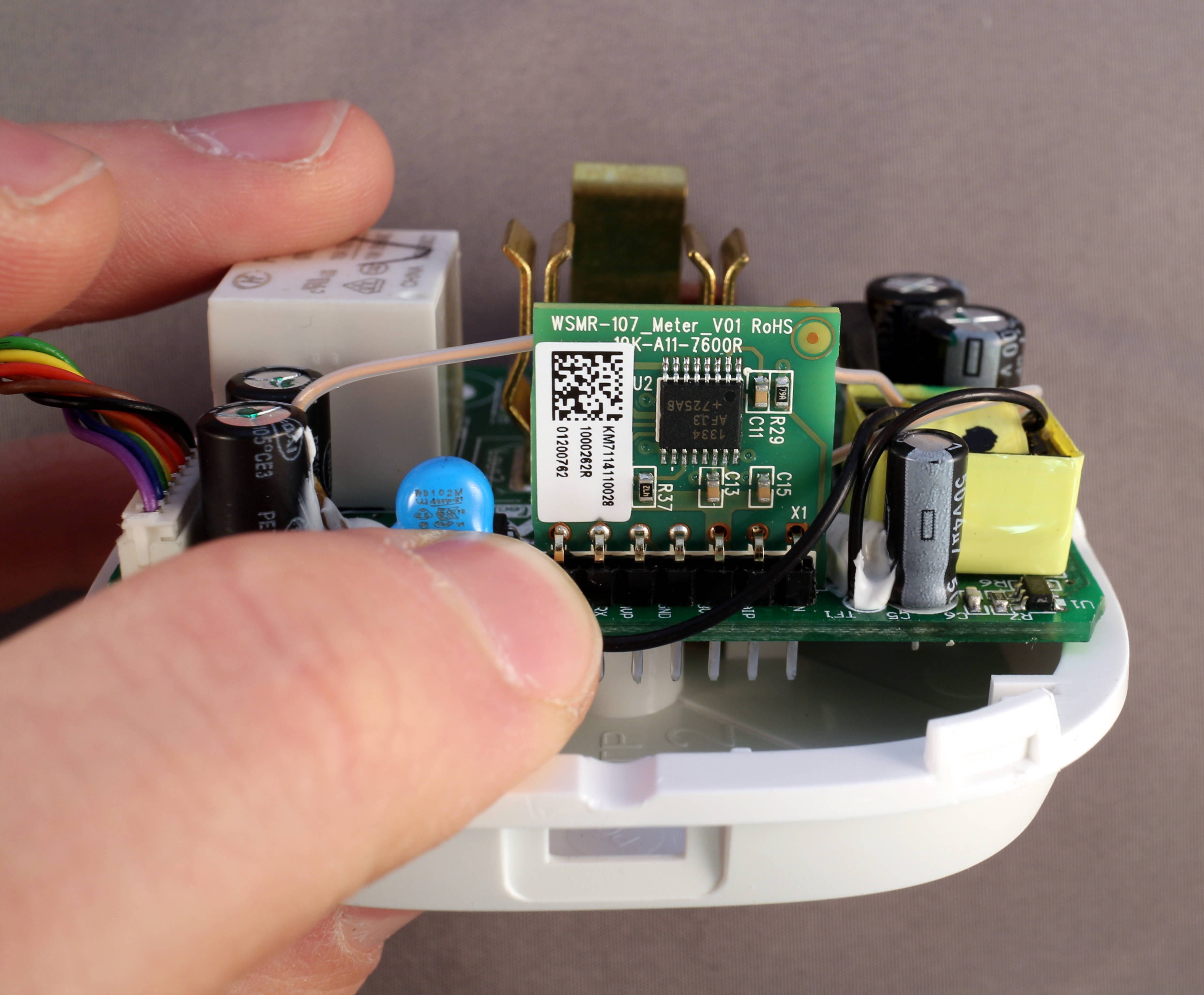 I did a fair bit of searching, but wasn't able to figure out what that IC is. If anyone has any ideas as to how to figure that out, I'd be curious. It could be an ADC, it could be some op-amps or in-amps...I'm really not sure. There are a few ways to sense current on something like this, and I haven't started tracing connections to figure it out. Anyway, here's a picture of the other side of that board, just for posterity: 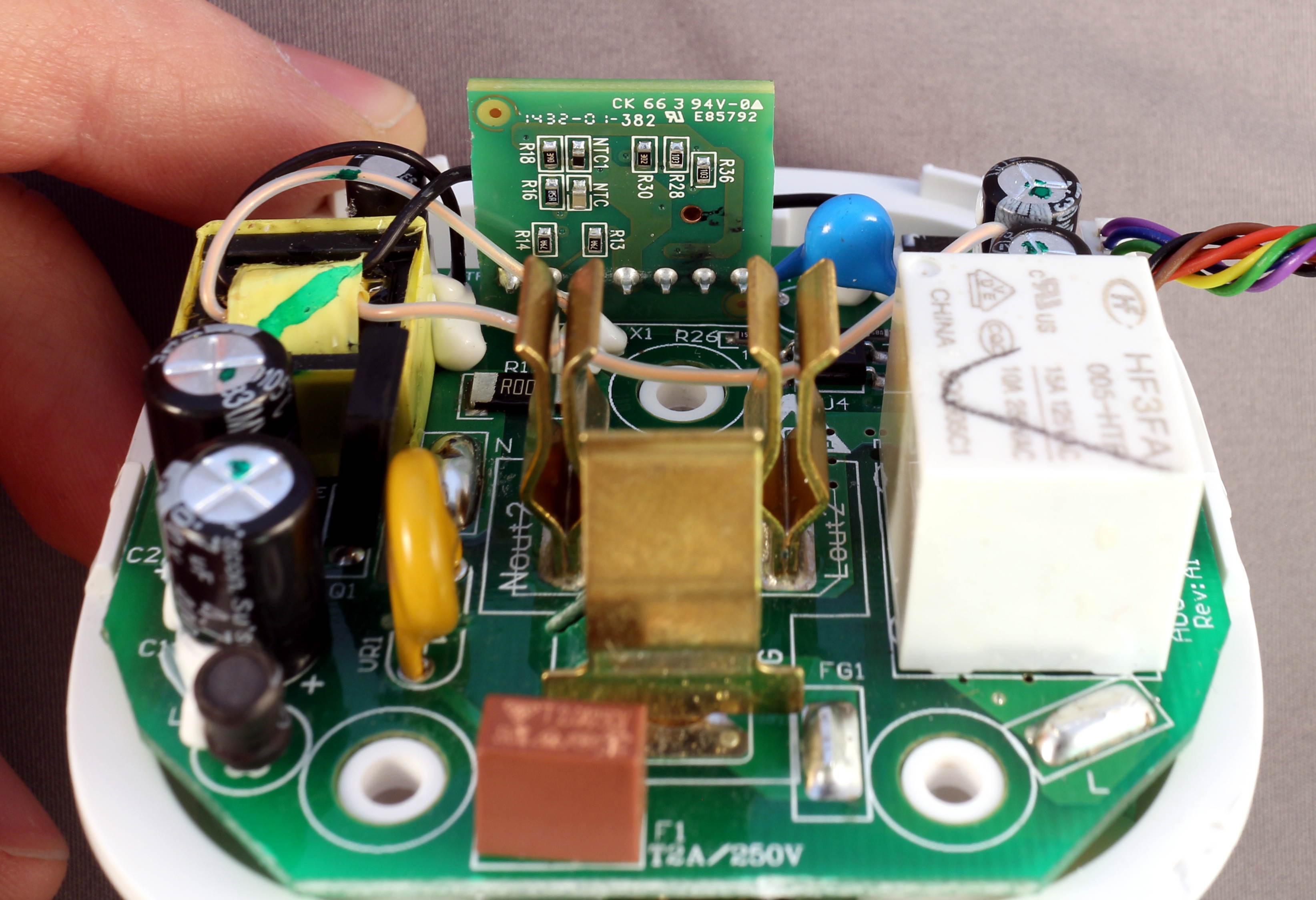 So that's the Belkin WeMo Insight! If anyone has any thoughts or questions, feel free to share in the comments.

>anyone has any ideas as to how to figure that out, I'd be curious.

Wasn't sure if you'd figured it out.  It's a Maxim (now Silergy) 78M6610 doing the power monitoring.  This other hackaday project mentions it and has some extra info.  https://hackaday.io/project/6799-smartee-the-smart-plug

nice photos. Would love to know what digital components are used for controller and WiFi.  I have a wemo and the Belkin Netcom and   they work great       iot is around the corner

Haha, you're fast!  I was still in the middle of putting up the pictures when you commented.  Anyway, it looks like it uses a Ralkink/MediaTek RT5350 SoC for WiFi and processing.