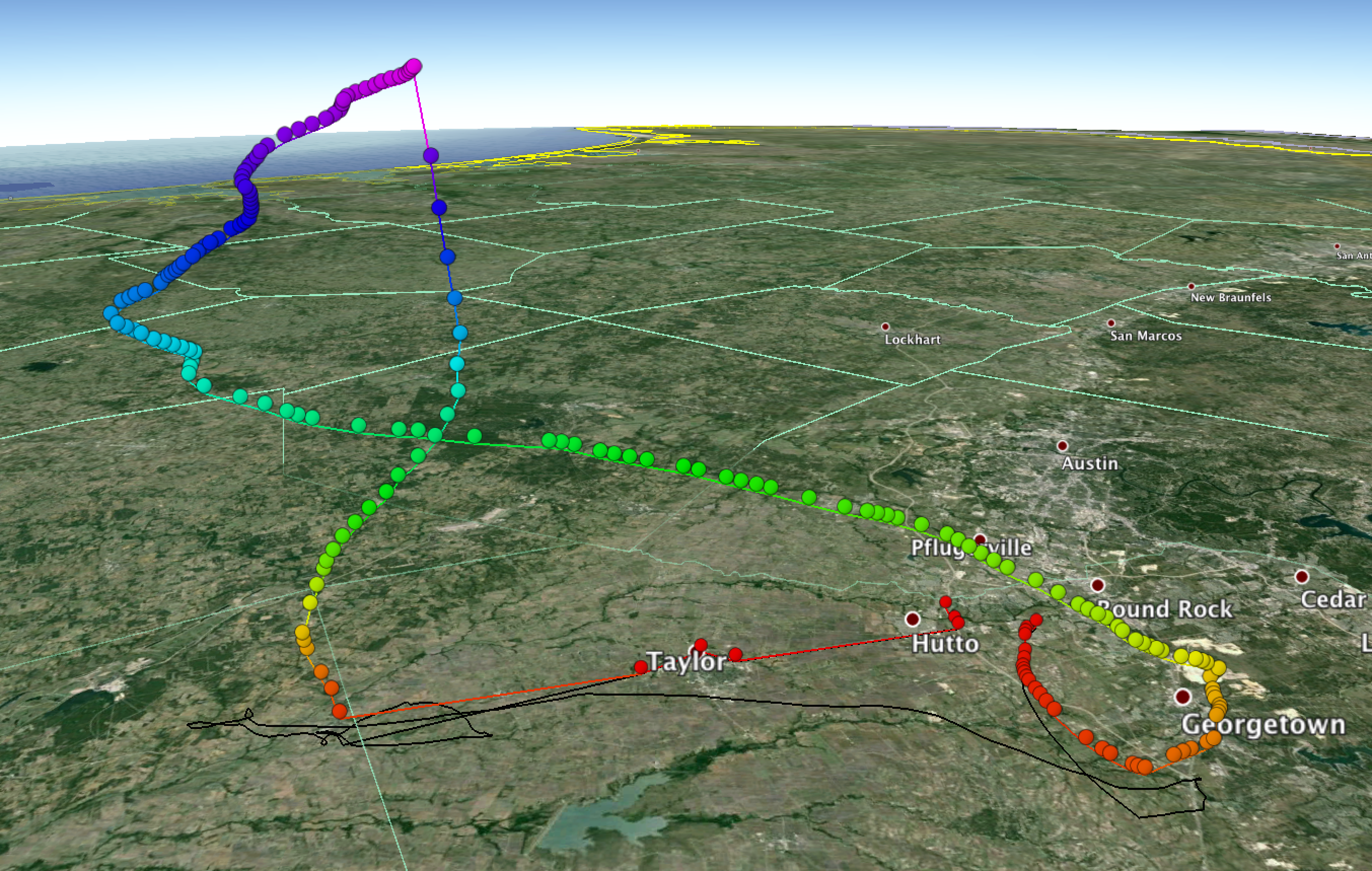 We sent a Tracksoar to a team out in Texas who were putting together their first ever high altitude balloon launch for a contest. They had only a week to put it together so we sent them one of demo boards. Within just a few minutes of receiving it they had programmed their callsign in, had GPS lock, and were transmitting. With the test out of the way they were ready to launch.

They launched this morning at 6 AM and Tracksoar dutifully started reporting to aprs.fi shortly after lift off. Due to heavy fog at launch their payload (primarily a foam pumpkin) weighed more than they were anticipating due to absorbing water, leading to a slower ascent than was planned, but after a short time in the Texas sun that was fixed.

The flight lasted a little over 3.5 hours and reached a maximum altitude of 107,000 feet before bursting. After burst the payload tumbled for a half hour before the atmosphere was thick enough to inflate their parachute and slow it down to a walking pace. The payload landed safely behind an electric fence in a corral with a couple of bulls in an empty field where it was gingerly recovered and found intact. We’ll be posting video from the setup and flight soon.

Tracksoar performed perfectly reporting 159 times over the course of the 4 hour flight, reporting location, altitude, temperature, pressure and humidity. check tracksoar.com/blog for a copy of the file to view the flight path and data in google earth.

Congratulations to the Texas team on their first ever flight, it was a huge success.