The project is to create a mesh network with a main node providing Internet access to other nodes (through WiFi). This can be used at different RF frequencies, depending on setup. Right now, 2.4 GHz will be used.

So, why is this called a mesh network? A mesh network is when a node relays data to another node which relays the data to another node, and so on, until it reaches a controller or master node which processes the data. I have decided to use a mesh-network implementation for when the controller is far away, the nodes can relay the information to other nodes. I will use the MySensors library for this since it has built-in mesh-network support.

Here are the details for the controller-node network:

For now, the RF transciever will be a nRF24L01+ for 2.4 Ghz RF. I will use the same MySensor library. The data will be sent as serial data. I will use Node-RED to minimize the programming required. I will use the serial node for the Bean. It will save the data into a data file, which will be read by Python. For python, I will use the httplib module. The data, which is the HTML mainly, will be saved into a file that is constantly updated. A node for Node-RED will upload this onto the LightBlue Bean which will send it using the nRF24L01 to the computer requiring computer access.

Here is a diagram showing how the controller-node network will work: 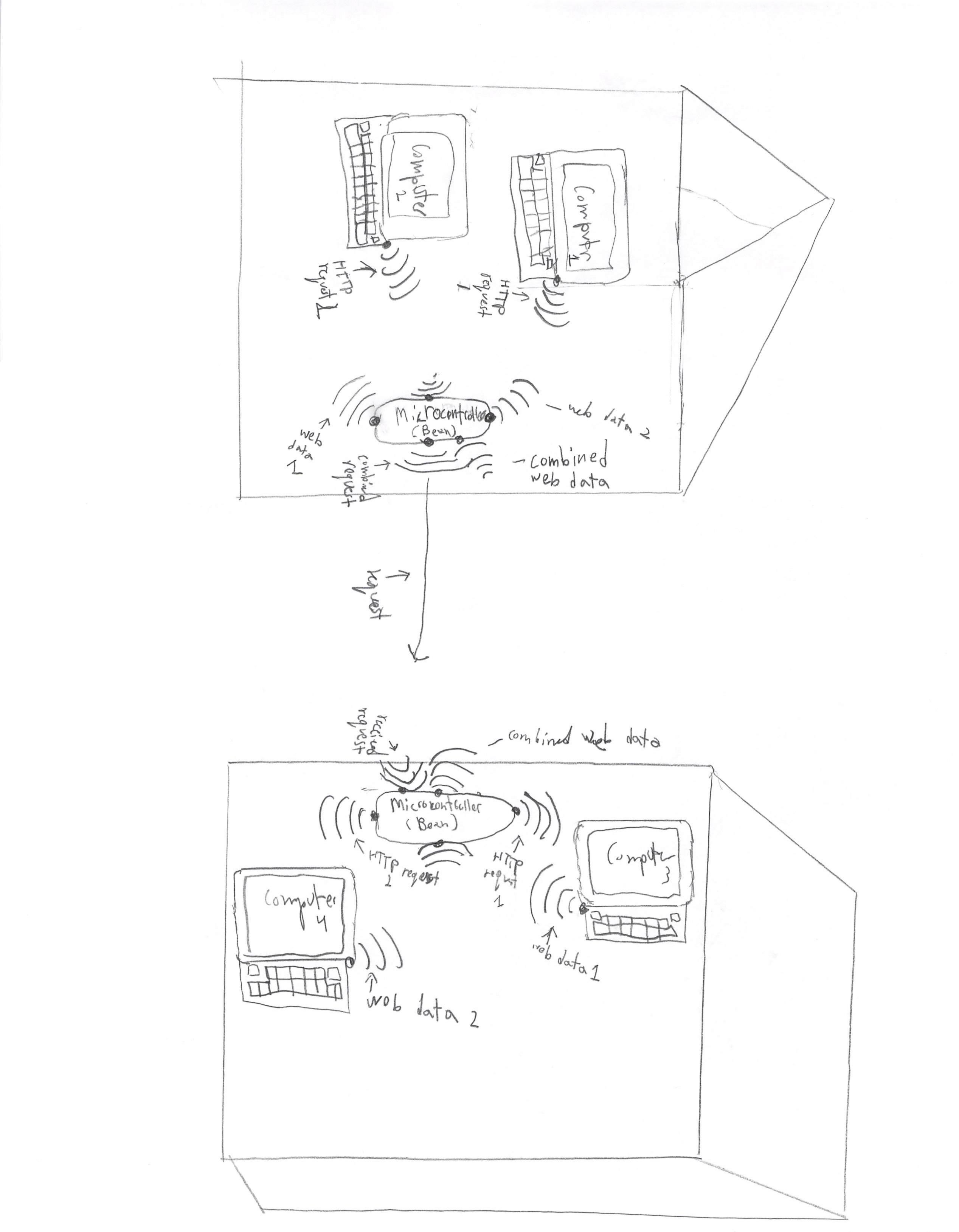 This is an old project but as I am lurking here...
There are many similar projects, some of them deployed at wide scale, The most impressive is probably https://villagetelco.org/ which at a time was supported by Ubuntu foundation.

But there are fundamental flaws in this idea of mesh networks for rural communities, the most important is that mesh networks are interesting only in dense areas...
In Mali or CAR you would never have even *one* active user, at 30m/yards around you at anytime. And indeed when people live with $100 per month, they cannot easily buy even a $25 device.

IMO a useful idea in rural environments would be an $5 adapter for Wi-Fi that would make them work at a much lower frequency but still in a free ISM band like those at 27 or 40 MHz.
The main problem then would not be the power budget (as it is at 2.4 GHz), but the fact that the horizon is only at 6 miles/10 km as Earth is a sphere!
But you would still be able to find tens of active users around you, enough for a Mesh network.

Distributing this hack where it would be needed would be tremendously difficult.

maybe you want to take a look at community mesh network websites, like:

they already have established technology for mesh networks.

If, instead you want to design your own network mesh hardware maybe you should change your project title IMHO because sounds a little confusing.

The 2015 Hackaday Prize
A free internet, free to use, free from control.
Project Owner Contributor