Steve tested my new version of the pc software, 4d, and to my astonishment he actually liked it! No major complaints. Amazing. This is about the fourteenth iteration of the software, and finally we have one that is easy to use, accurate, intuitive and safe. With one caveat however - until we sort the centring issues related to the flawed hand design, we can't fully evaluate 4d. To show 4d in action, here's an update video.

I was excited when I saw that footage. It is now getting pretty close to my original vision of how it should be. I wanted to make a system that would perform as well as a unmodified chair, controlled by a non disabled hand. And this is pretty nearly there. Steve's movement in this footage is smooth and controlled - I can't wait to have a go myself... 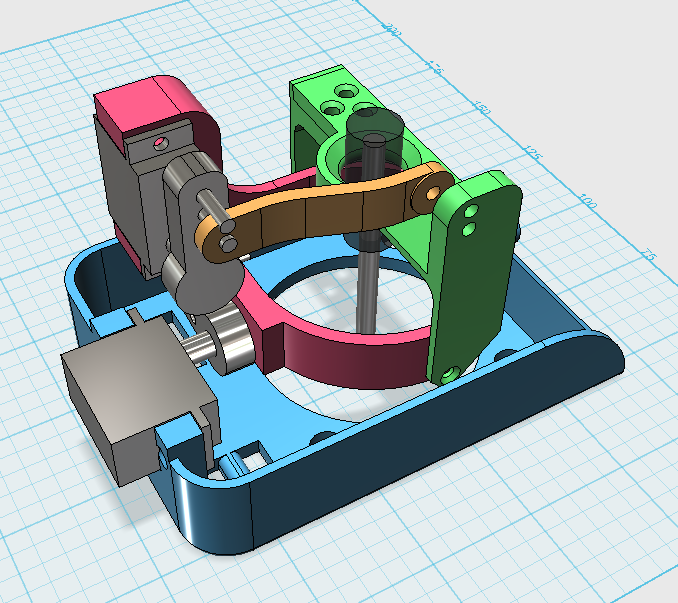 This is the 3d design of the new hand, intended to overcome the centring problems we've had with all the previous models. Rather than two sets of jaws, each pushing the joystick shaft indepedently, this new design has only one arm actually touching the joystick. That arm, and it's accompanying servo, are then mounted on the second arm. I'm hoping that this configuration will eliminate the problems inherent in the current system. I'm printing the first Mk5 at this very moment, and hope to get the resulting prototype down to Steve for testing by early next week.

Software, hardware, and the return of Steve