The ultimate goal of MiCubes is to create an expandable ecosystem of lights, sounds and screens, all centered around your smartphone!

Being a high school student with the luxury of a summer break, I would often stay up very late at night during the months of freedom. So when everyone else was sleeping, and I needed to get a tool (or a snack) from the basement I would have to A) turn on lights (and risk awakening the bleary-eye mother beast) or B) Use some sort of flashlight.

So no problem right? Just grab a flashlight and I am ready to rock! Wrong! I
There is a couple of problems with that.
- Flashlights only provide light in one direction
- If you set them down, most of them tend to roll around
- They weren't easily rechargeable
- I didn't have one!


I then realized that it this could be so much more than just a flashlight!
So this is what led to the idea of a LiteCube, and eventually, the MiCubes ecosystem.

To be a little more specific, the ultimate goal of MiCubes is to create an open source miniature BLE device that can pair with your smartphone and companion app. Once it does, what you do with it is up to you! So far I have received some really cool ideas for features and would love to hear more!

Some of the current features include:

Some of the future features (hopefully!) include:

The 1 inch and 2 inch versions are both running off of an Attiny85, and the 3 inch one off of a normal Arduino Uno.

These cute little guys are my 1 inch cubes. This was were it all started. The original mk1 cube, which had a white led. was cannibalized for it's AVR, while I made these just for fun. They each have a single button for controlling the various functions

The basic control scheme is 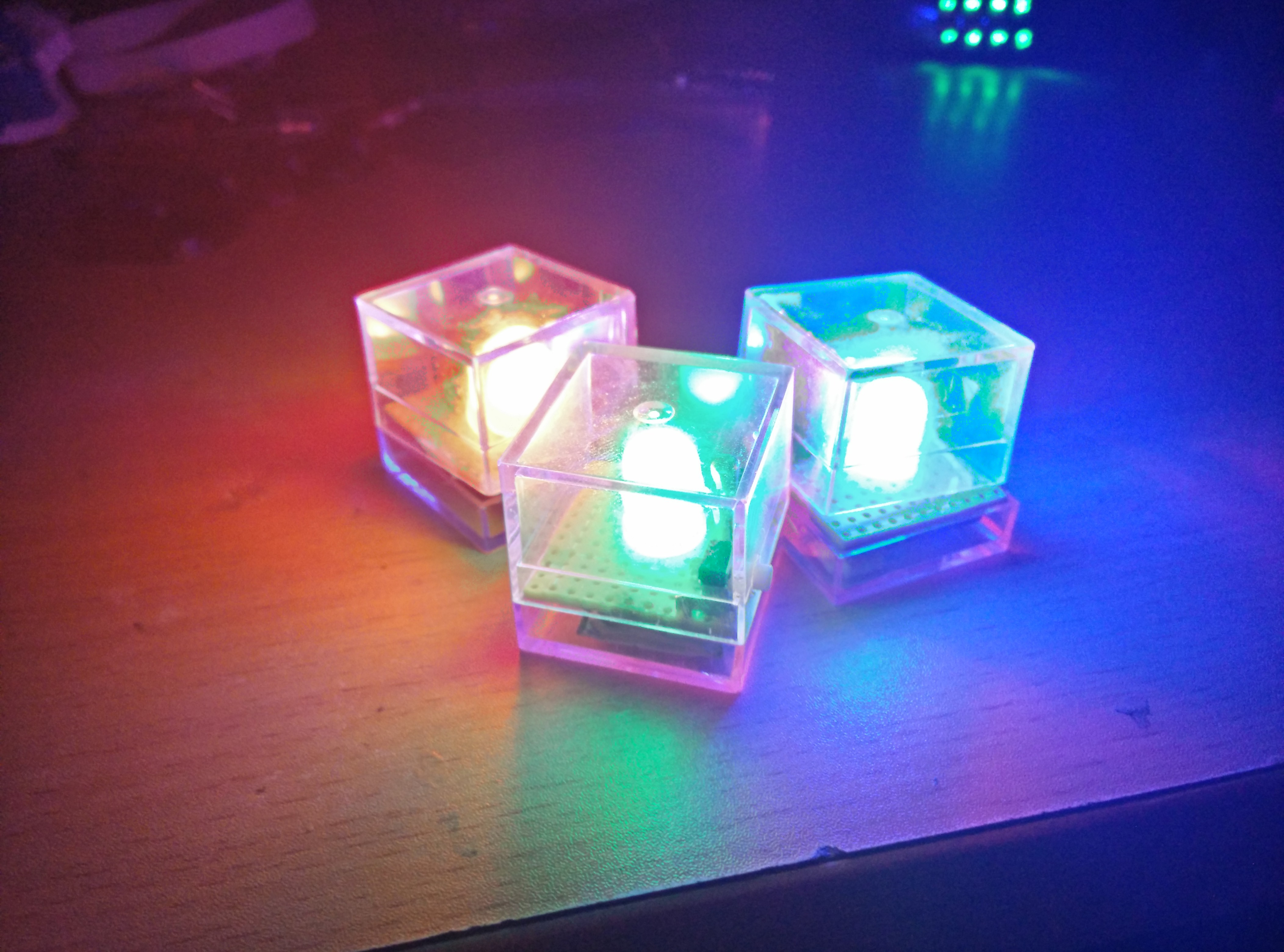 The 2 inch cube is pretty much my flagship right now in terms of functionality. It has the same control scheme as the 1 inch cubes, but instead of colors, it had 4 bright white LEDs. It also has the awesome feature of wireless charging! 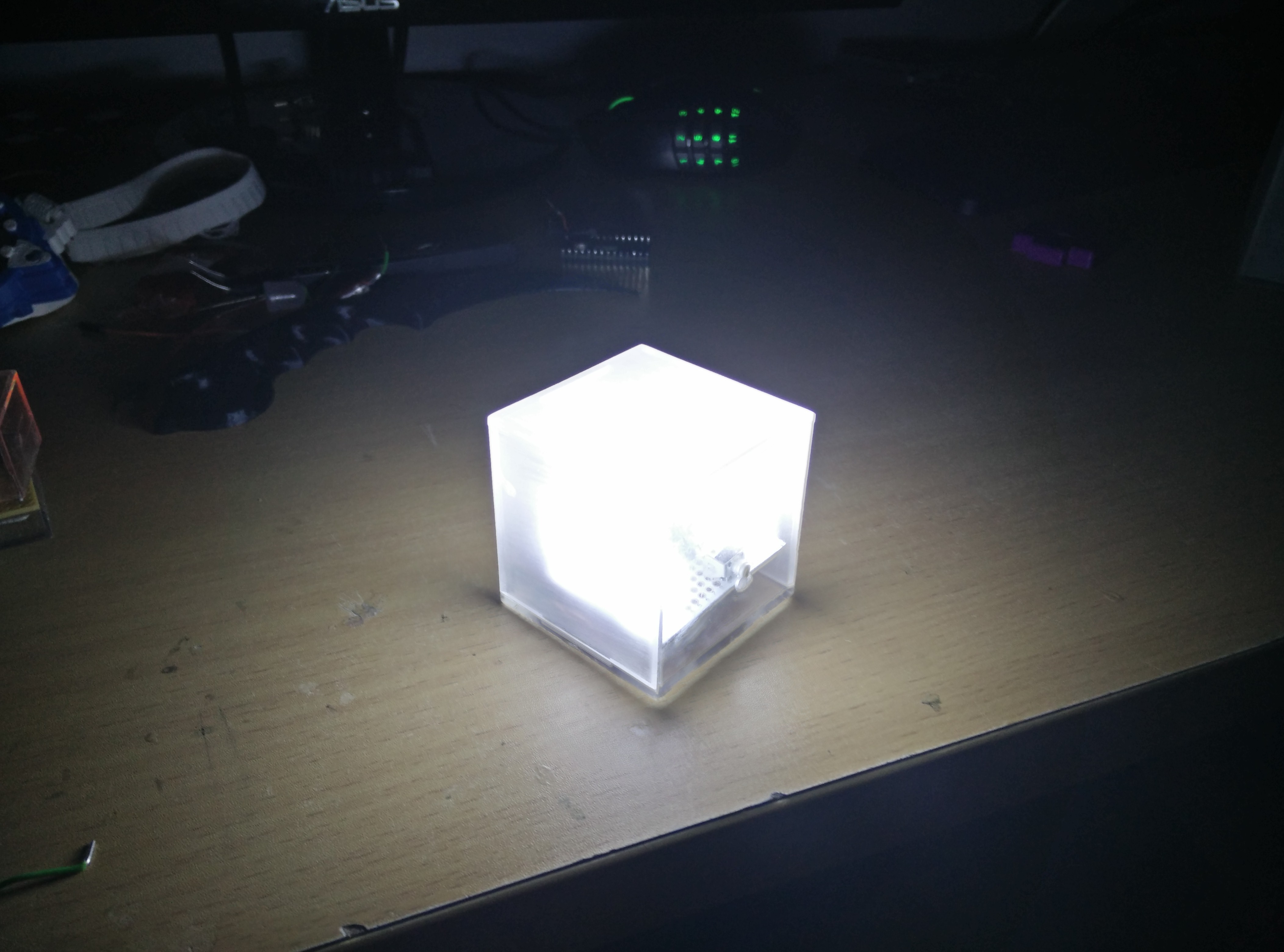 You can see the charging coil in the bottom of the cube below. Contrary to my belief, the magnets didn't affect the charging at all! I also did a rough 3d printed base just to give it something to sit on. Once I design them, I will print out a new base and custom enclosures for all of the cubes. 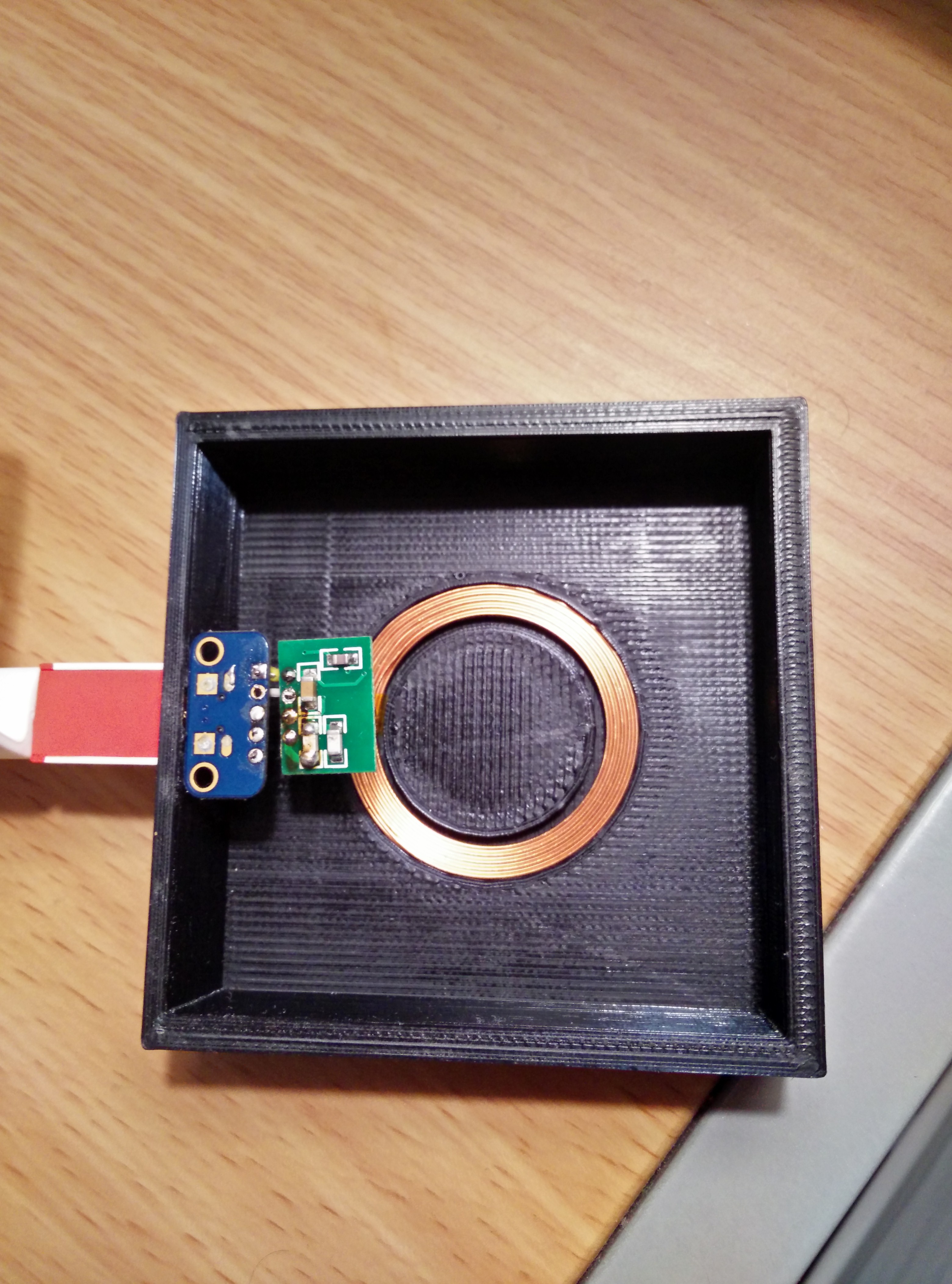 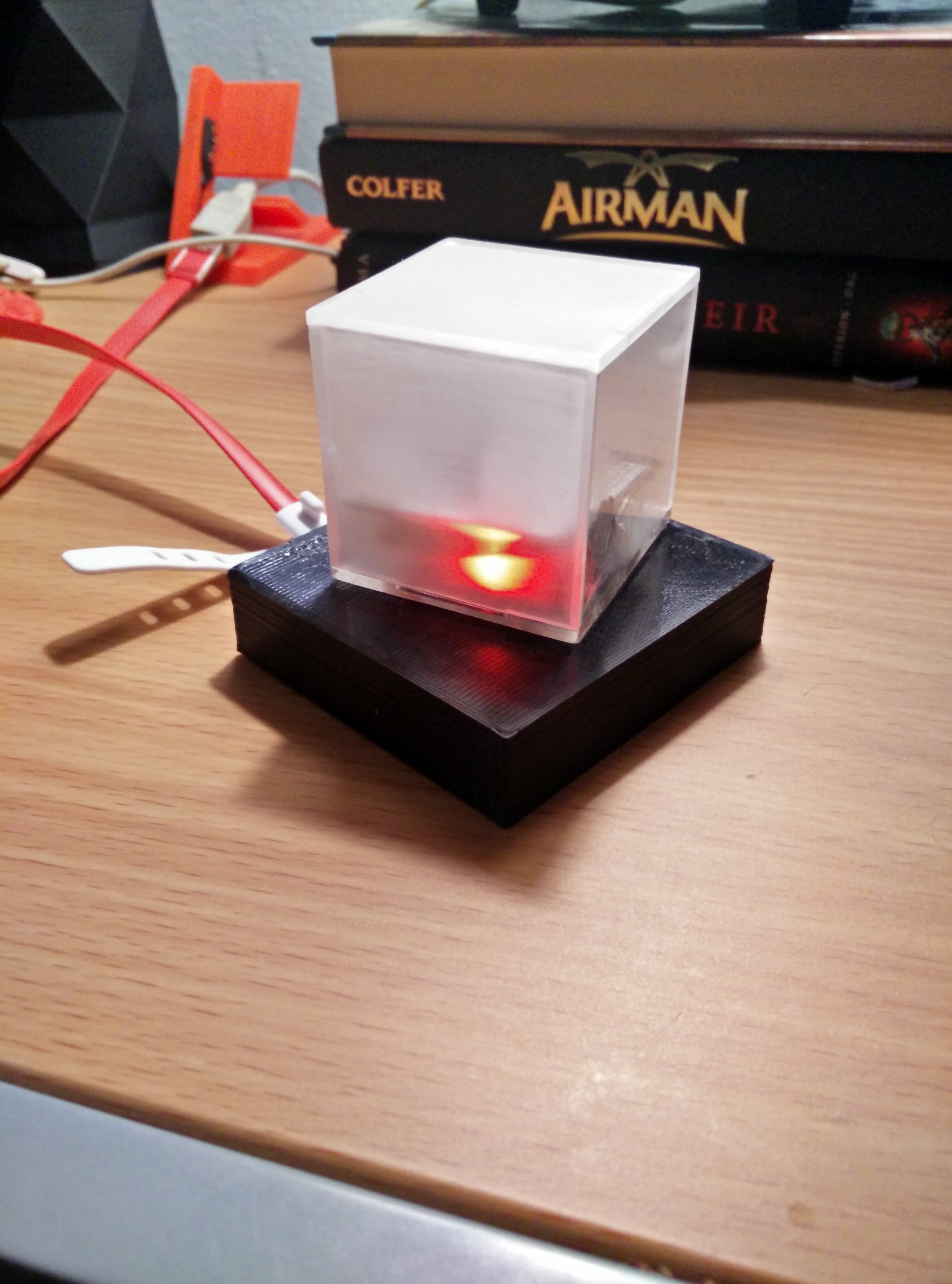 Finally, we have the 3 inch cube! So far, this was the only cube that could be controlled through bluetooth. It doesn't really have much use in my day to day life just because it is so big and clunky to use, but it does have the most features. I just send it a string of numbers through my phone which controls the red, green, and blue, channels of the led, the super bright LED, and then virbo motor. That data is then parsed. It has: 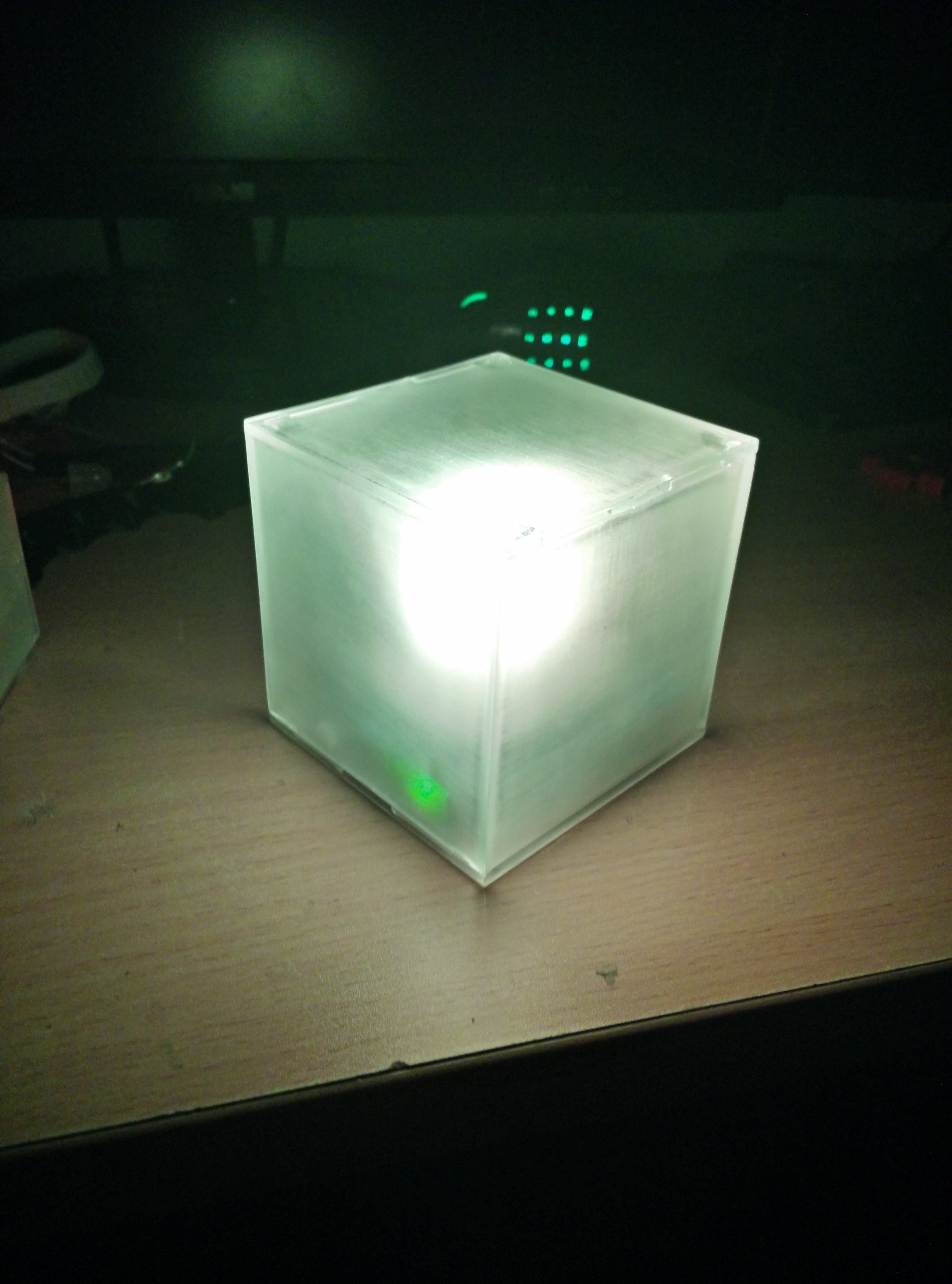 Really, the biggest problem that I have faced is finding a user friendly BTLE device that is small enough to prototype with. As of right now I am using a DIY BTLE shield that I made out of the great bluetooth module by Adafruit, and an Arduino proto-shield. 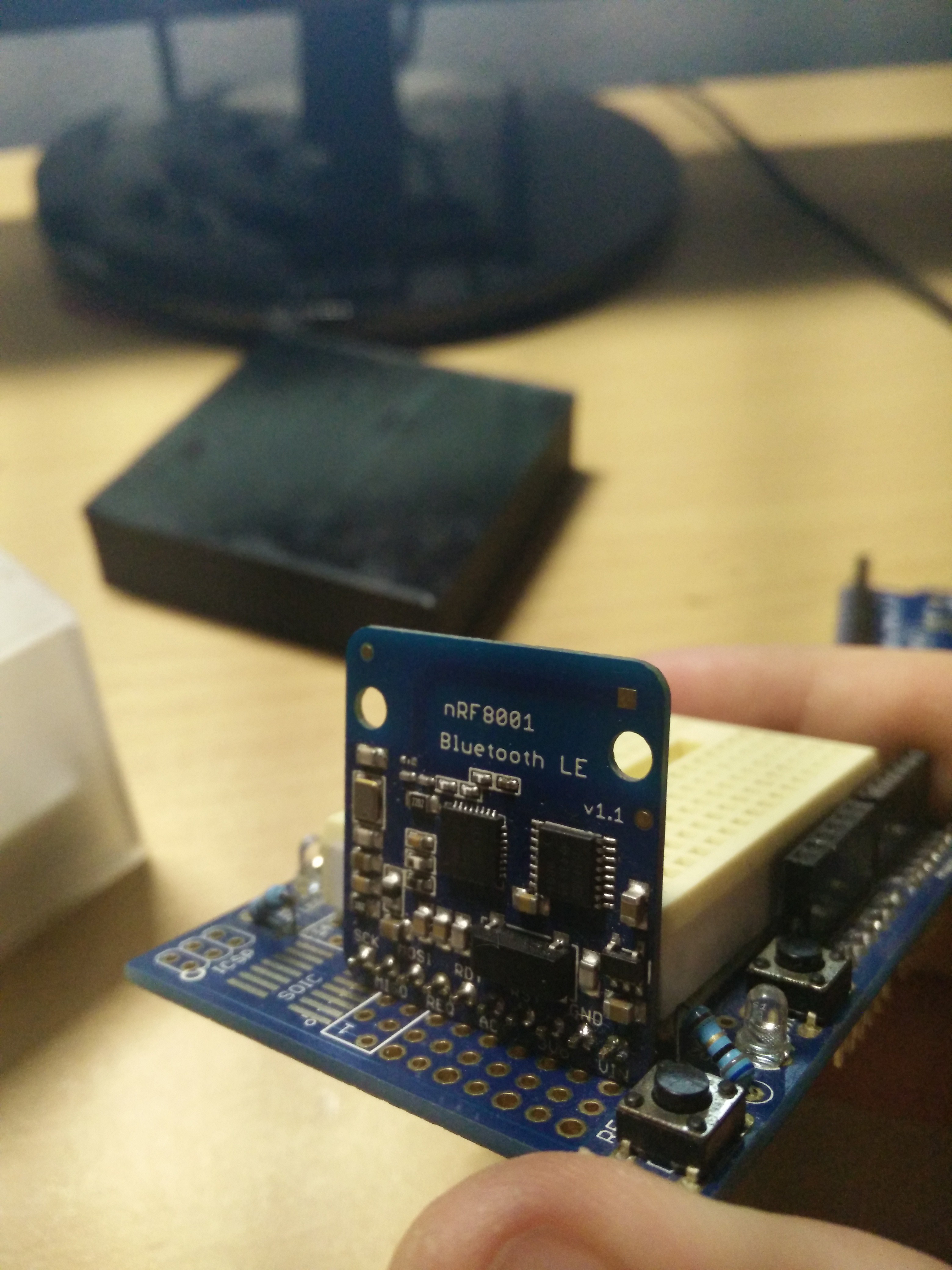 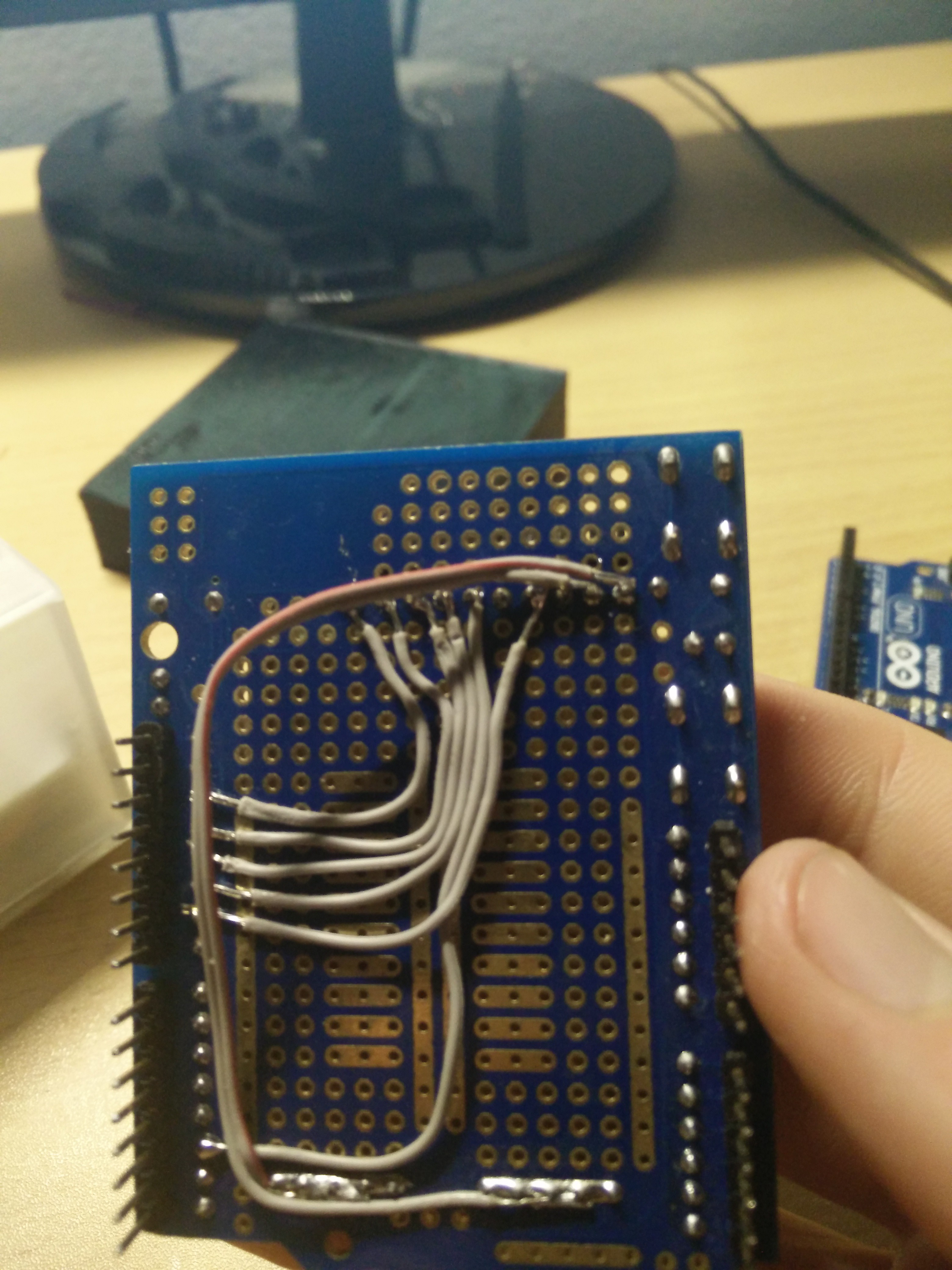 Another issue with this, is that the BTLE module took up a substantial amount of I/O pins that had PWM. While I know that I could have used the analog pins on the Arduino. I wanted to make things interesting.

So I used the PCA9685 i2c to pwm controller. It had 16 channels of control through i2c so it made everything nice and simple!

I really would love to produce a fully functional product that could eventually be put on Kickstarter. I also think that an Android and iOS app are a must have for this sort of thing.

I envision a system where MiCubes are all talking to each other through the bluetooth on a users phone to provide relevant and useful information. There are all sorts of things that these cubes could, some of them could be:

Beautiful cubes! Would be interesting to use a bunch of them as beacons and try to localize bluetooth radio position!

That thought has actually crossed my mind. Unfortunately this project has come to a stand still for quite some time. I hope to make more progress on it this summer. If you know anyone who could help it would be greatly apperciated!

I made an RGB Rocket Smoke Night Lamp, In this lamp, The pattern of light and color can be changed by mobile phone via Bluetooth.
Project Owner Contributor