I decided to make another 'stack' with 'duino like plugin shield boards because I want to use this same prototyping platform for anther project as well and that project requires SRAM access up to 50MHz.

The general idea is to have half the CPLD boards pins go to the breadboard for slow bus speeds and the other half stack on top for the faster buses. I'm not confident at all the the higher speed buses will work on a breadboard.

So here is the start - the CPLD plugged into a breadboard. 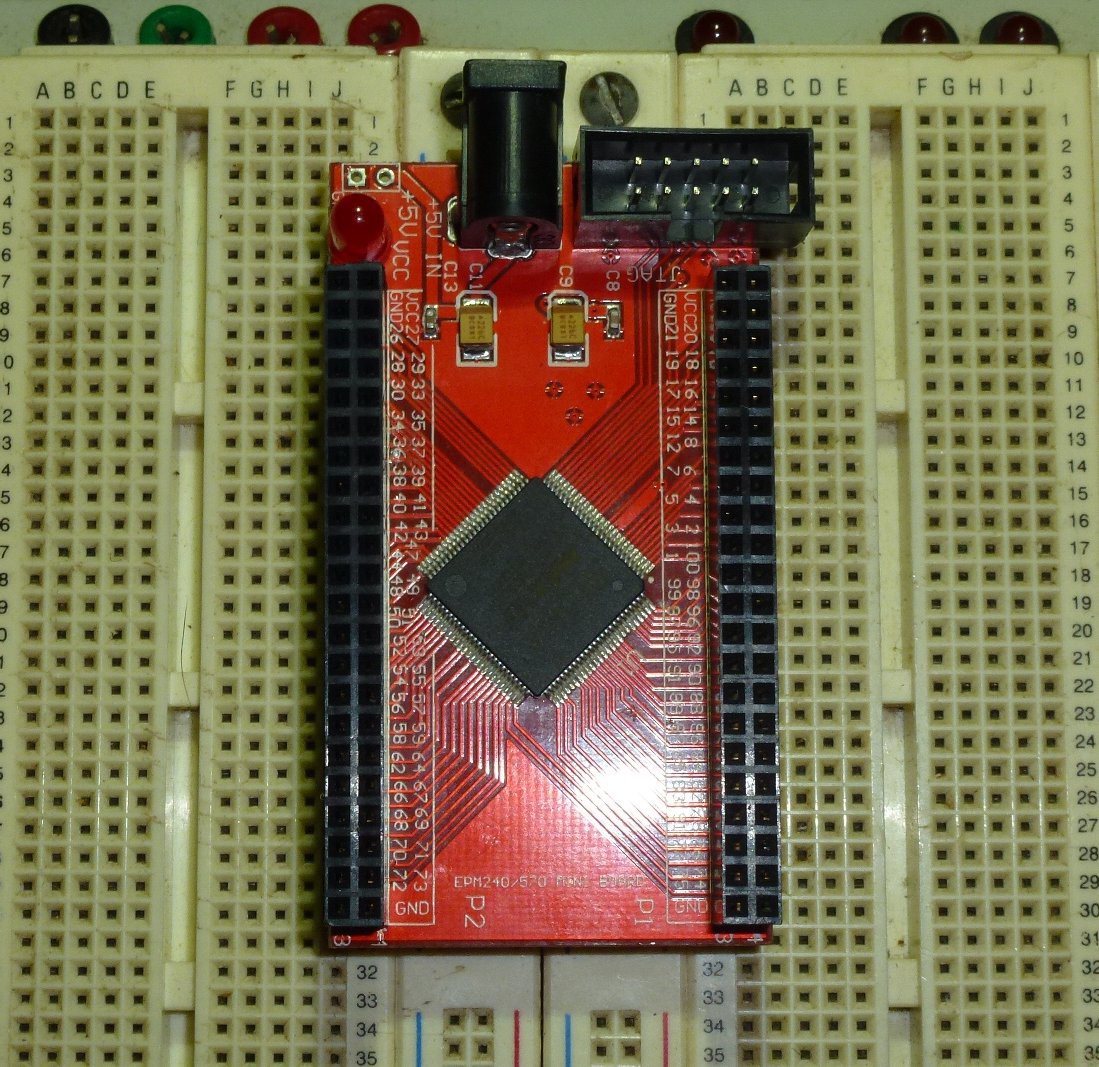 Here's the bottom of the board - 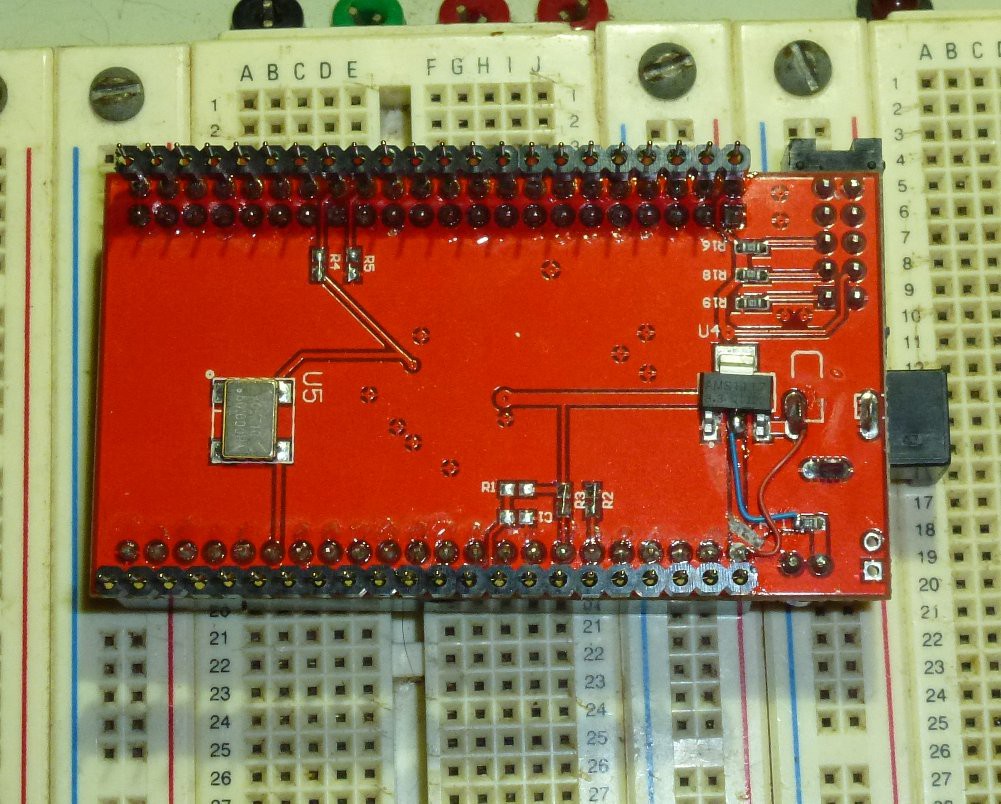 I have put dual row pin header sockets on the top and a single rows of pins on the bottom for the breadboard. I also modified it to send 5V to the plugin boards instead if 3V3.

I don't have any DIP SRAM so I bent the pins of a SOP chip in, to fit it on a TSOP to DIP adaptor - 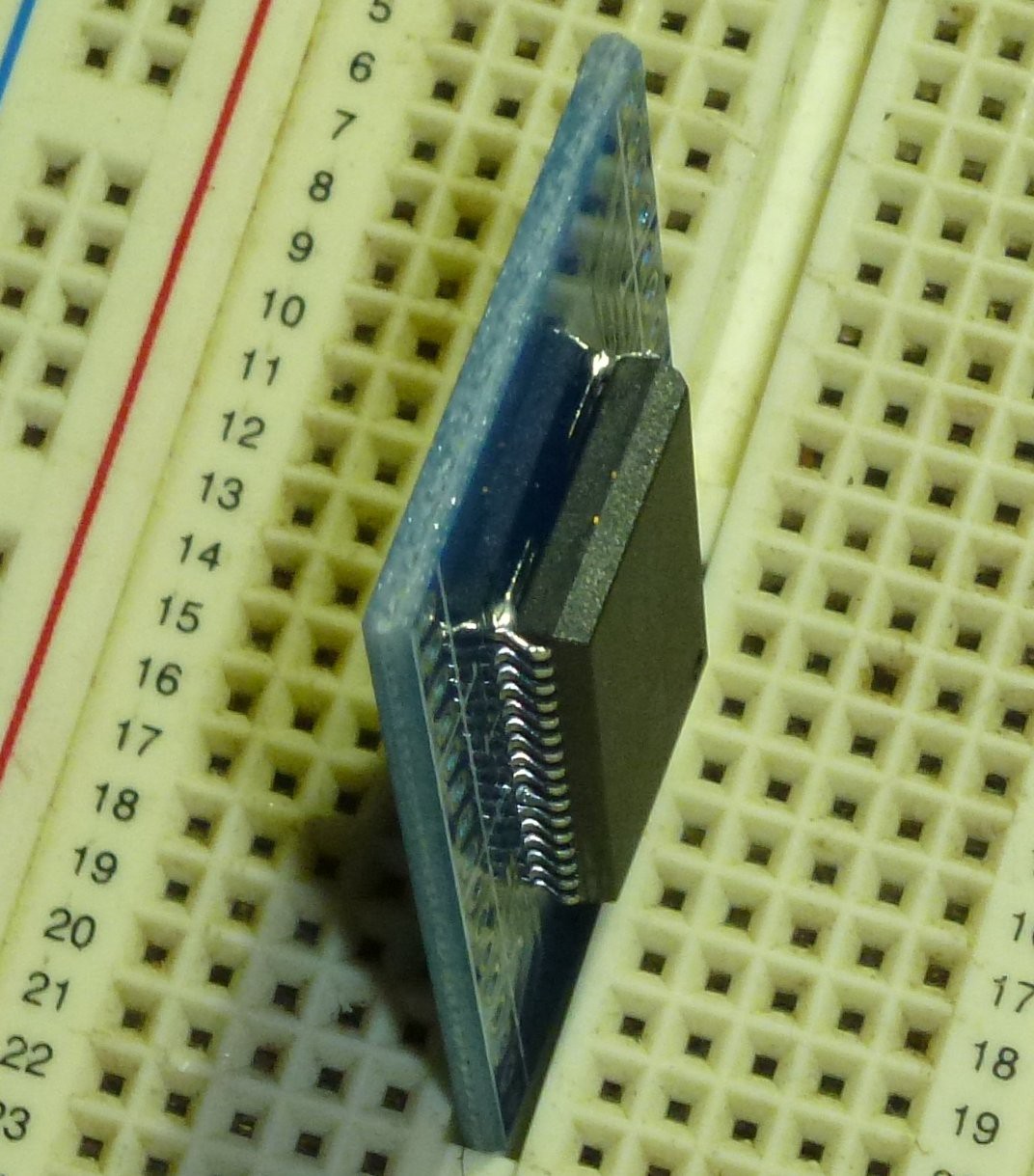 Next I have to put SRAM and FLASH onto some boards made from Vero that plug into the top of the CPLD board. 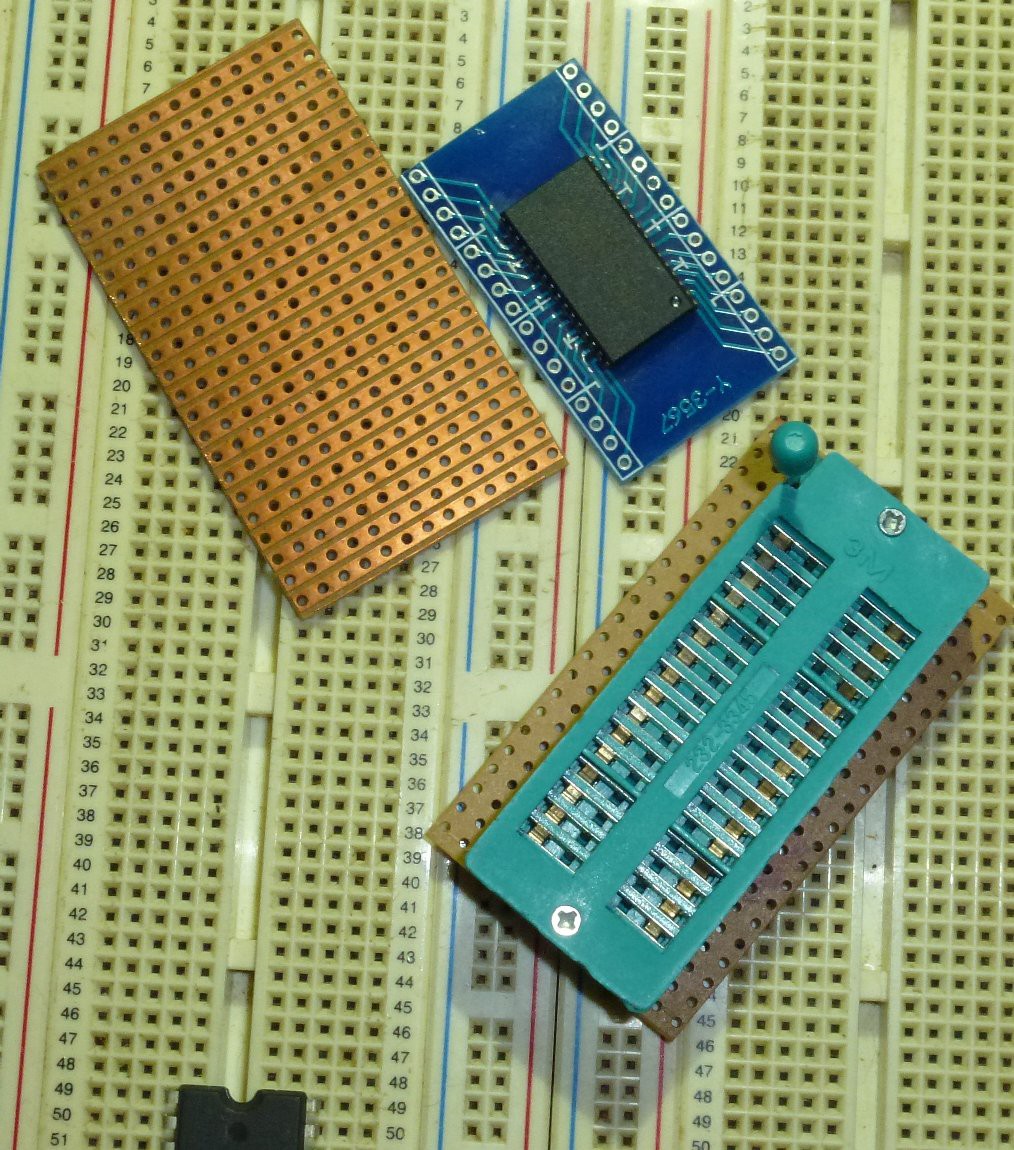