Solid-fuel rockets using perchlorate oxidizers release chlorine gas directly into the stratosphere, where the chlorine reacts with oxygen to form ozone-destroying chlorine oxides. The Increase of international space launches and the upcoming commercial space travel boom will soon have a huge impact on ozone depletion.

Rocket propellants for experimental rockets are mostly made with sucrose or sugar alcohol as a fuel and containing an oxidizer like potassium nitrate and additives like Red iron oxide. Potassium nitrate is widely used as fertilizer and a food preservative, it is low cost and available in large quantities. Sugar/alkali metal nitrate based propellants are environment friendly but they have a significant lower specific impulse compared to solid rocket propellants usually used for space flights like APCP (Ammonium perchlorate composite propellant).
The combustion behavior of sugar/alkali metal nitrate based propellants can be improved by mixing the reagents on a molecular level to lower the activation energy, using an eutectic mixture of the oxidizers KNO₃ and NaNO₃ in which sorbitol will be dissolved. 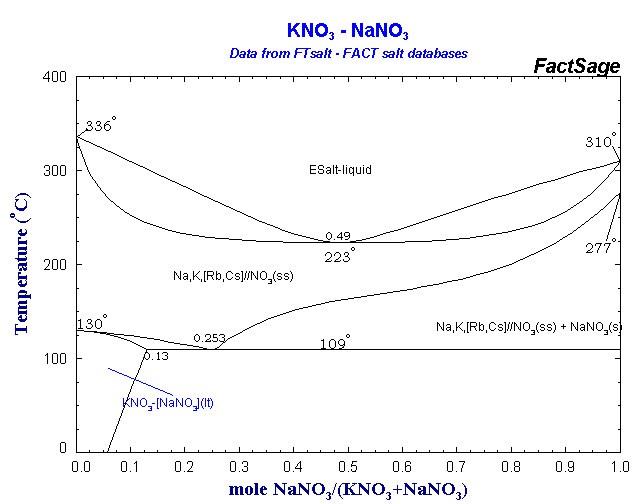 An eutectic salt mixture of for example 60% w NaNO₃ and 40% w KNO₃ has a melting point of 221°C and water-free sorbitol 110-112°C. Sorbitol has furthermore the advantage that it doesn't decompose at the melting point like sucrose.

The eutectic rocket propellant can be used in solid and in liquid state. In liquid state it has nearly a viscosity like water, so the propellant is highly cast-able in according molds and can be feed through fuel pumps.

I started to work on eutectic rocket propellants back in 2011 while contributing on the Sugar-Shot-To-Space program. The Russian chemist Serge77 had a similar idea by 'dissolving' Alkali metal nitrates in molten sorbitol much earlier and independent of me. According to his statement 'between 2002 and 2003 several members of the Russian Rocketry Forum lunched many rockets, using propellants with sorbitol, xylitol, mannitol and some other sugar alcohols as fuel and a dissolved alkali metal nitrates as an oxidizer, but decided then to use not fully melted propellants anymore due to safety reasons'. However, the ideas are still quite different. You can't consider a solution of sugar alcohol and an alkali metal nitrate as an eutectic system until it's proven and the solubility of an alkali metal nitrate in a sugar alcohol might be as slightly as it is for ethanol, so stoichiometric correct mixtures can't be prepared in this way and are therefore useless! 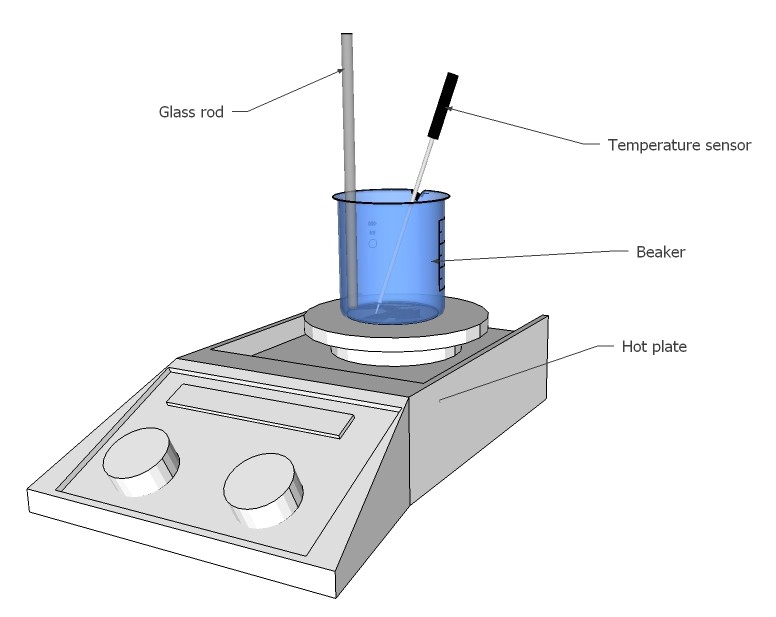 Propellant is prepared as explained above, just using Mannitol instead of Sorbitol. Mannitol has the lowest solubility in water from all sugar alcohols, therefore it is very...

Is there an actual gain in specific impulse by using the eutectic KNO3/NaNO3 vs just KNO3? Or is this just an attempt to ease casting of solid grains by changing viscosity?

I'm still in process of a BATES grain testing rig to further my own research. I've focused more on physical properties (casting viscosity and grain brittleness) in my propellants to increase safety (which was my primary concern), but will be starting to increase grain sizes for larger motor testing here in the next year or so.

Total designation around an I-530, and the very cool thing is the non brittle nature of the grain with Isp near 110 to 120. With larger grain testing I'm worried about slumping but will have to do more testing.

Yes, there is a gain, because the reagents are mixed on a molecular level, so the activation energy should be on its minimum. But I do not recommend to use it. The eutectic mixture is quite dangerous in liquid state. Even one electrostatic discharge will lead to a violent explosion.

I'm not planning on utilizing, I was more curious on a theoretical level of how much gain in Isp there was in such a mixture, but if there are no in depth testing due to hazards I understand.

I'm not sure you're right that Dr. Wahmke and the two technicians were the only deaths of German rocket technicians during that period.  I had a note about another fatal accident that occurred Oct 10, 1933 in Germany.  Reinhold Tiling, his assistant Angela Buddenboehmer, and his mechanic Friedrich Kuhr suffered heavy burns from an explosion in his workshop caused by overheating of powder needed for solid-fueled rockets.  All three died from their injuries the following day.

Also, not sure if you would count this one as they weren't technicians that died, but in 1944 in German-occupied Poland a V2 rocket crashed in a trench during a test launch, and killed 7 soldiers that were in the trench.

Thanks. I had the information from the book "Peenemünde. Die Geschichte der V-Waffen", written by Walter Dornberger.

The 2016 Hackaday Prize
...with a machine the size of a large refrigerator, that's just as easy to use
Project Owner Contributor