Use a combination of six Nixie tubes with a 16x2 LCD display and Pi2 with Adafruit Proto-Perma HAT to display information.

It's time to bite the bullet and proceed with the critical stage in this project: Interfacing the Raspberry Pi's 3.3v logic with the 170v power supply in order to officially drive a few of the Nixie Tubes for the first time in this project. First step is wiring up some power for the HV Module and the Pi, and giving it a test with the multimeter. For this I am using my usual 12v PSU and stepping down to 5v using the BP5275-50. 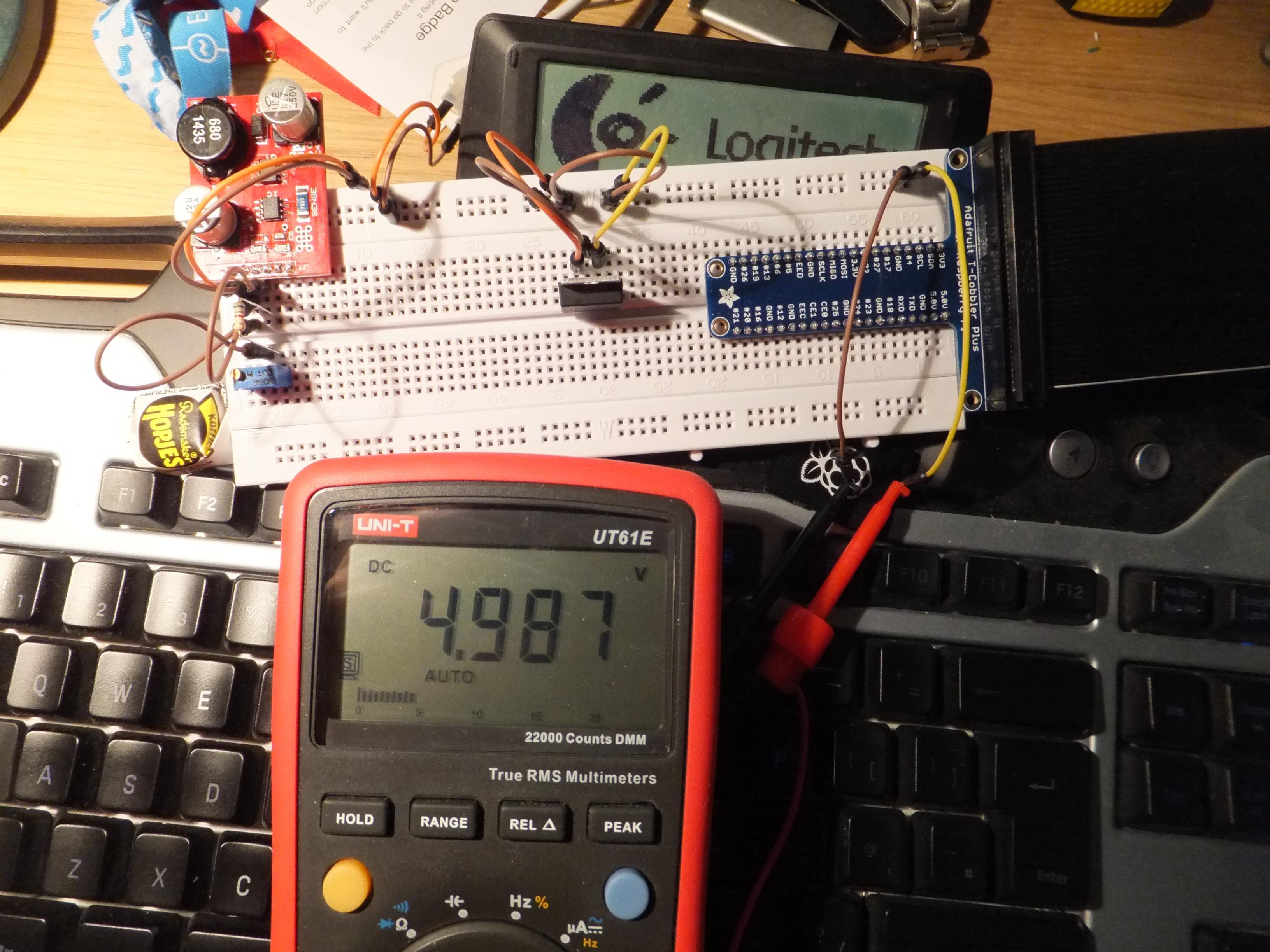 Might as well get on with trying the 5v supply to the Raspberry Pi...

After a bit of head-scratching over positioning of the components on the breadboard, I managed to get enough wired in to test four Nixies. 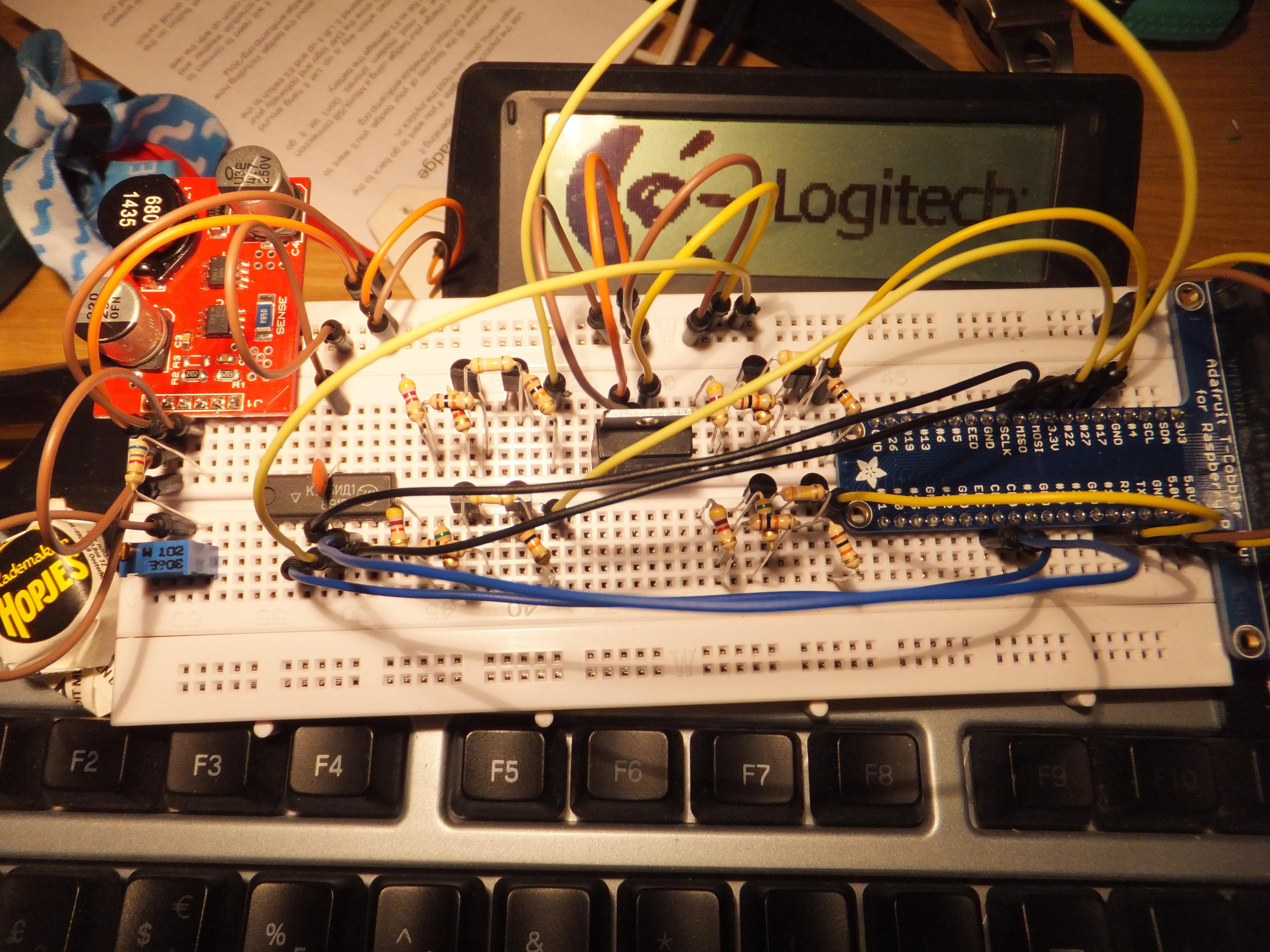 Slight problem I didn't notice until thinking about the circuit the following day (whilst at work) was that I'd wired the K155ID1's Vcc to 5v instead of 3v3. God knows what would have happened - probably blue smoke. D'Oh! Here is the corrected prototype... I had already video'd a test of the Pi and the K155ID1 with the incorrect 5v link to Vcc, but all seemed to go OK - no magic worky smoke escaping yet!

Since the last update, I've added in the rest of the jumper wires along with a Nixie Tube, powered up the test circuit and ran the Raspberry Pi code.