Projects that control your TV, stereo, and more

Easton has poor motor control skills, but desperately wants to be like his sisters when it comes to operating the TV channel. Easton's mom wanted him to be able to turn the TV on and off, and confine his surfing to the four “approved” kids channels.

The brains of this remote control is an Arduino Nano using Ken Sharriff's IR library to blink an IR LED (thanks Ken!). Because of the voltage regulator's high quiescent current draw (4.5mA) circuitry was added around the Nano to power down the processor module when not in use. Even if the processor was put in its lowest current "sleep" mode the regulator would kill the battery in less than a week. One fix for this would have been to use an external regulator like a Microchip MCP1702 (significantly lower quiescent current of 2μA), but my junk drawer had more reed relays and diodes than fancy voltage regulators. With the relay setup it takes 0.0μA when idle.

Positive power is always applied to the Nano; the ground signal is switched by three different circuits. When either of the control buttons are pressed, the diodes provide a current path to power up the processor module. The first thing the code does is close the reed relay, activating the third ground signal path so the processor can continue to run even if the button was released. The program then checks which of the two buttons is pressed, sends the appropriate IR signals, then removes power from the relay which powers down the module.

On power-up the stock Nano bootloader spends a couple seconds looking at the USB to see if there are any programming instructions forthcoming before launching into the program. This delay proved a little annoying, so I reflashed it with Optiboot so that the IR signals would start as soon as the power came on / button was pushed. 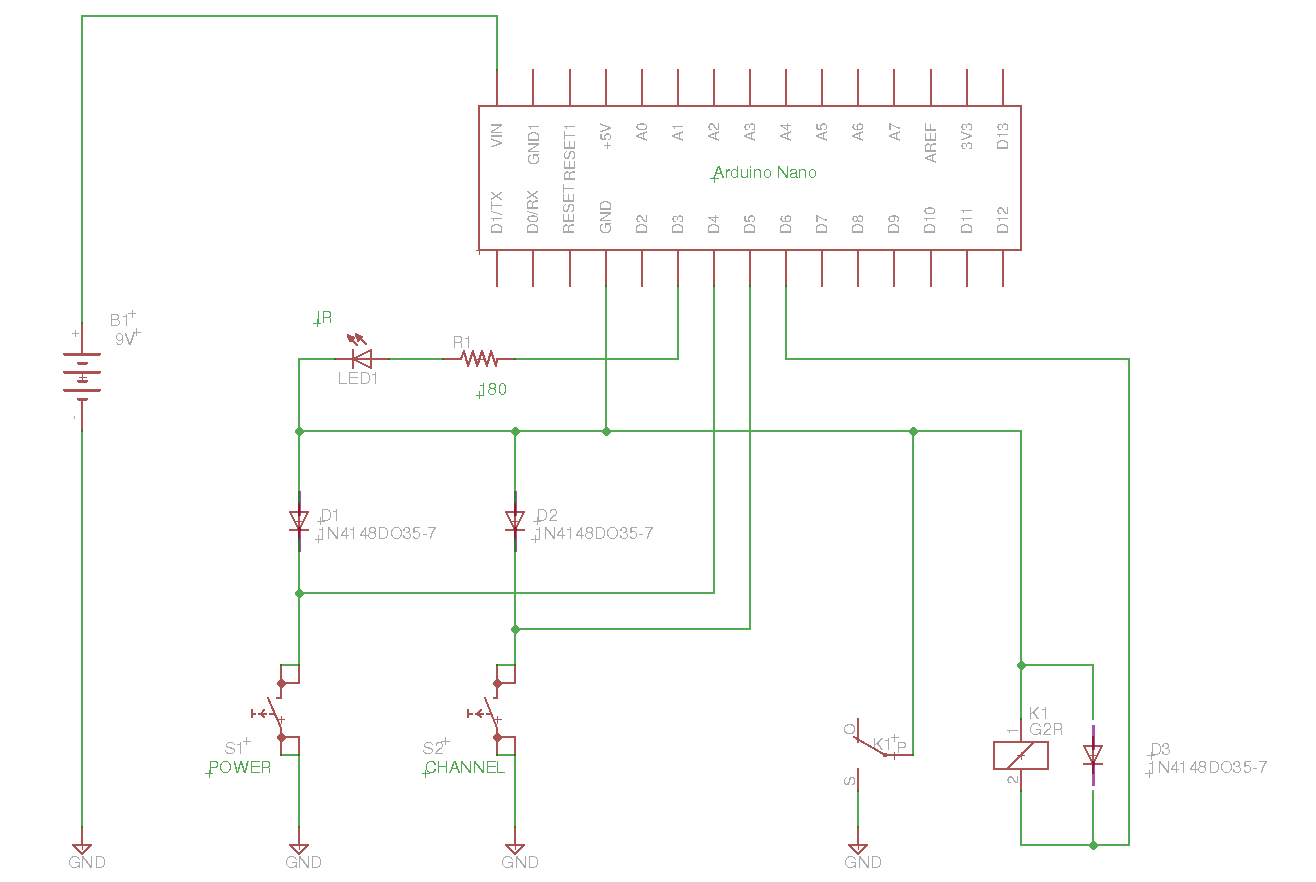 Cool project, thanks for sharing.

Finally, check out IRlib via http://tech.cyborg5.com/

One of my designs needs a soft power button with sense output. I'm posting my design here to be reviewed and improved.
Project Owner Contributor