App for Apple watch and iPhone to control any IR device. iOs app sends HTTP calls to one or more arduino with ethernet shield. Arduino is parsing the http call and transmit the IR signal.
Arduino code is based on IRremote library (https://github.com/shirriff/Arduino-IRremote).
To send IR signals to more than one device I am using a triple IR emitter cable. 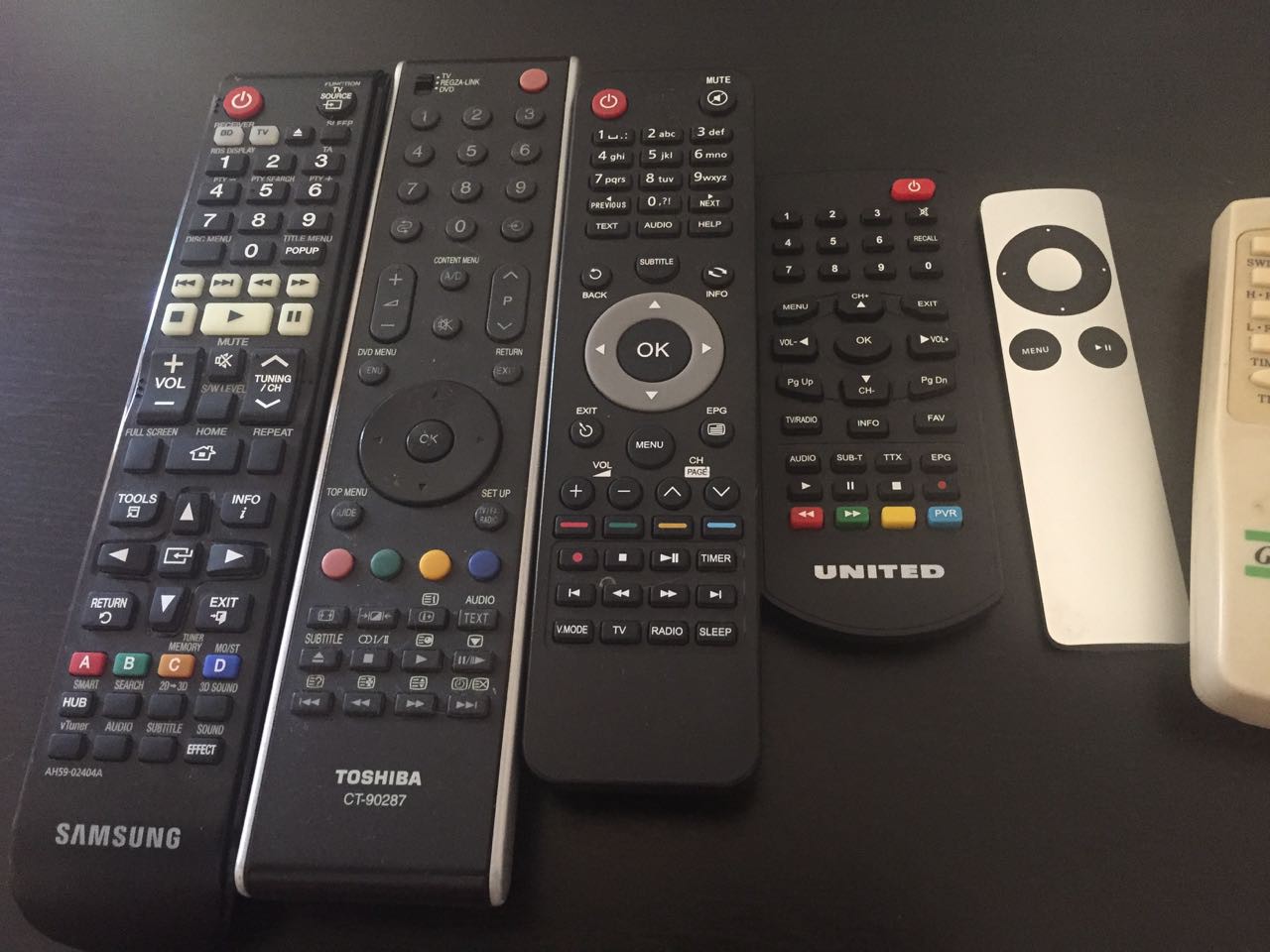 I need 5 different remote controls to control my media devices! I have build an Apple watch/iPhone app and an Arduino device to control all my IR devices!

The project have two parts:

I am using an Arduino UNO board with Ethernet shield and IR led. I have programmed the arduino to accept http commands and parsing them to IR signals. 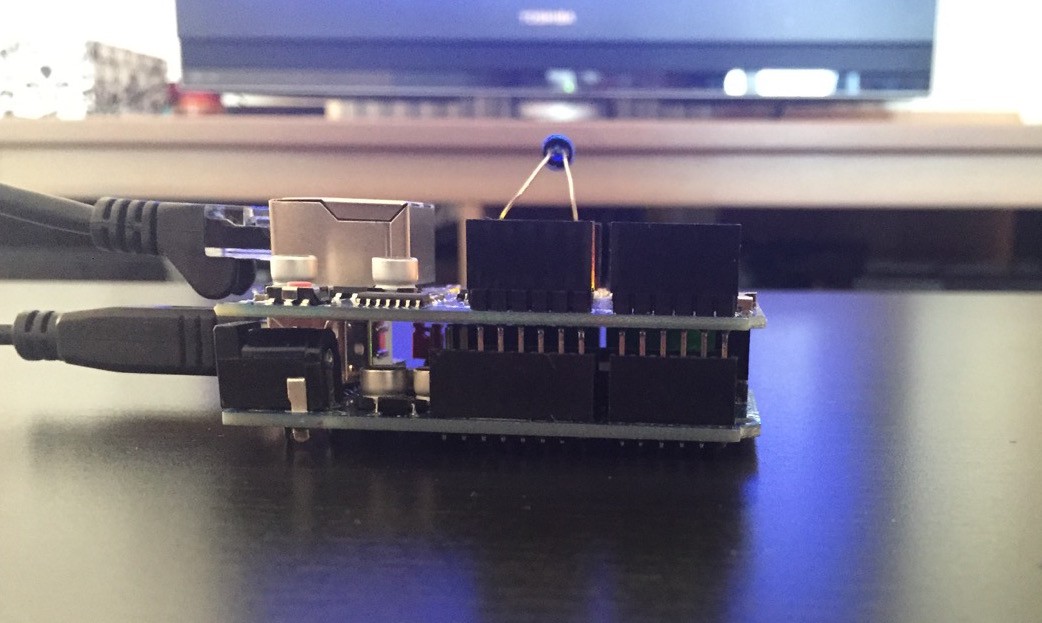 This command will send the Power signal to my Toshiba TV.

The command have 3 parts:

To send the IR signals I am using the IRremote Arduino Library (https://github.com/shirriff/Arduino-IRremote)

I have developed an iPhone app as a user interface of the remote. I can add and edit devices from the settings of the app. 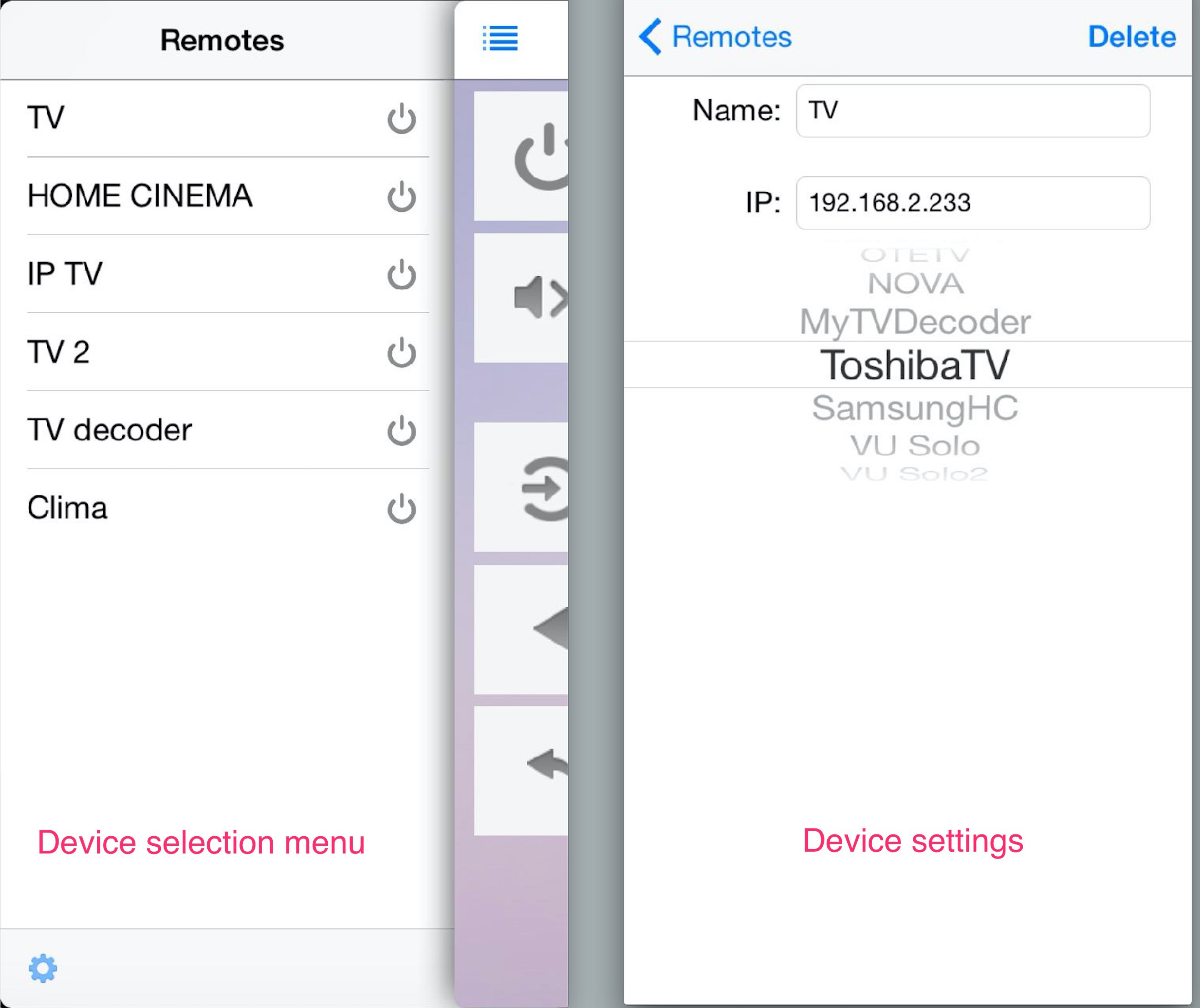 For every device I give a name, the ip of the arduino that controls this device and the profile of the device.

The profile of the device has info with the codes (power, mute ...) for this device. For every code I have info about protocol, hex code, length.

So, when I press the Power button for the Toshiba TV the app knows how to build the Http command for this function.

The user can change the device that wants to control from the device selection menu of the app. 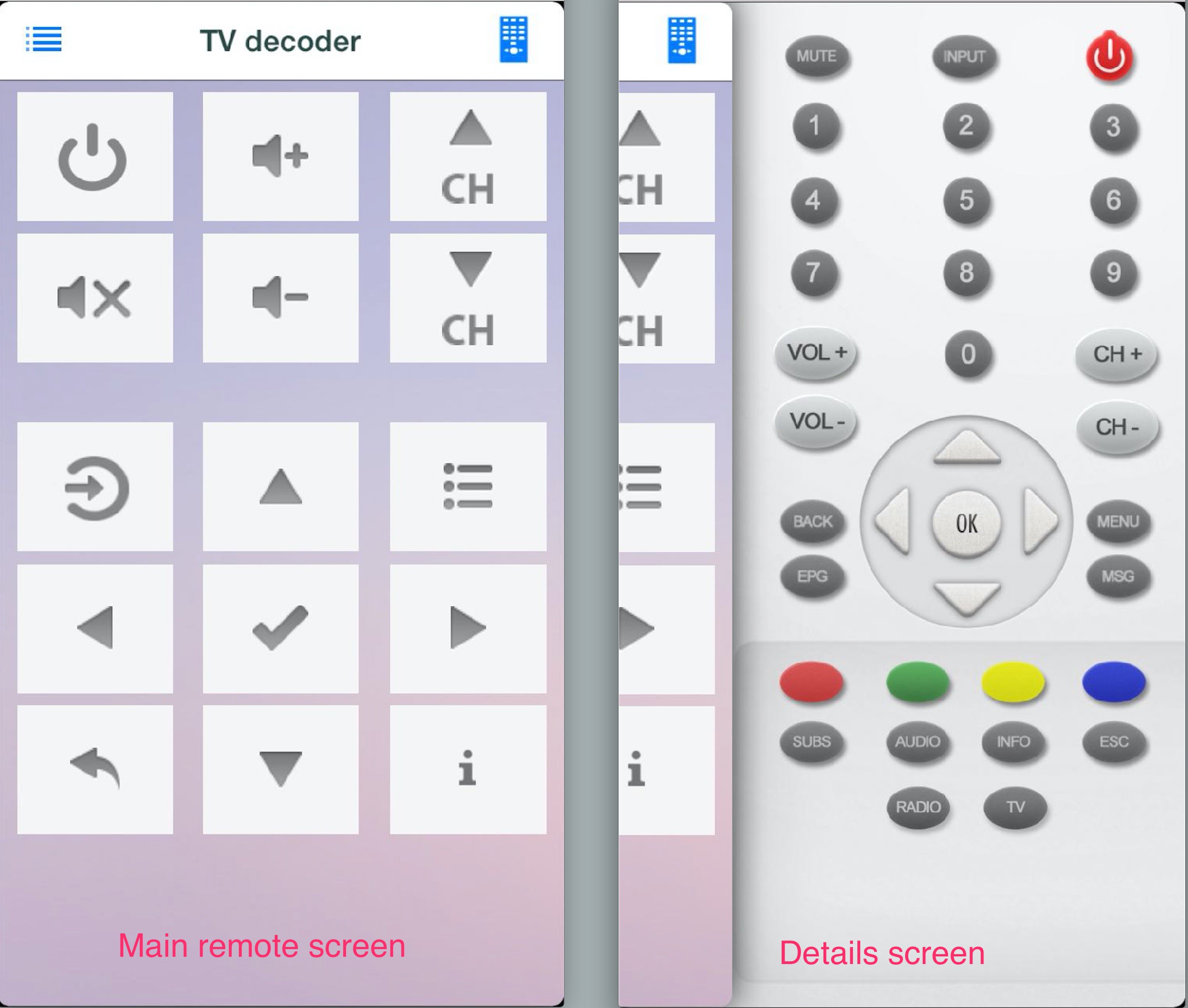 The app has an Apple watch extension so the user can use the watch to control the devices.

Cool idea, and sweet enclosure!! I've been playing around with the ESP8266 recently. At ~$3 for the ESP8266, and an Arduino micro, you could have one of these in each room with a TV for very little cost and without the need for the ethernet cable. Thanks for sharing your project!

I haven't played with ESP8266 yet. I have try the same  project with arduino Yun that have wifi capacity,  but with ethernet shield I have better response time to my requests. This enclosure is  the best that I have ever try, but unfortunately is not for sale any more (https://www.youtube.com/watch?v=tM4WfQ88BtY).

Is a native iPhone app with App watch extension.

The project have two parts: an iPhone/awatch app and a arduino device with ethernet shield. The app communicates with the arduino to send the commands. I will add more details as soon as possible.

Can you elaborate on that?

App iPhone is that?

This is an Arduino Library to control the AKC695X / M695X DSP radio devices.
Project Owner Contributor

The 2018 Hackaday Prize
Control the volume and pitch of MIDI instruments using the electrical signals generated from your muscles!
Project Owner Contributor

Have you ever sat down watching Stargate, and marvel at their long range communications device? Well live the dream here people!
Project Owner Contributor