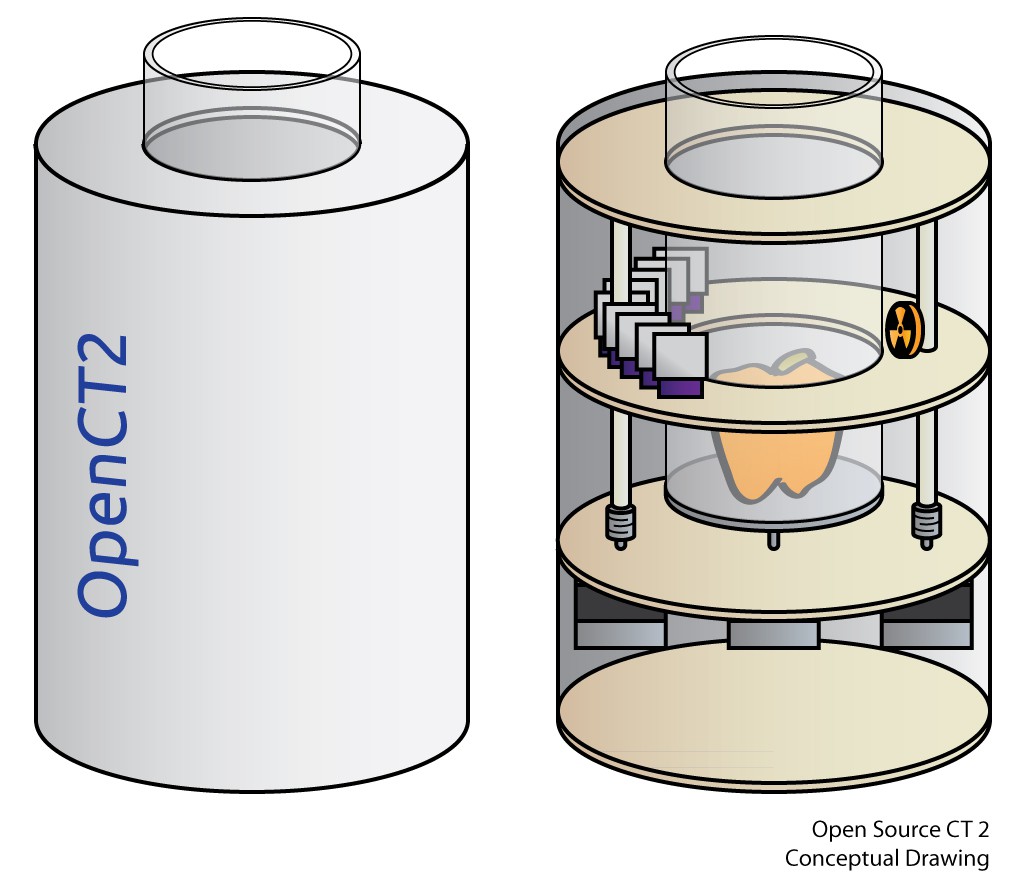 Last year I designed the first iteration of an open source computed tomography (CT) scanner. It was a lot of fun to design, having many atypical design problems in it, from the mechanical design of the rotary gantry to pairing an appropriate radioisotope source with a modified extra-sensitive radiation sensor. Something about it being essentially a radioactive desktop Stargate that lets you see inside of things also seems to get people very excited, and so I've received an eclectic bunch of e-mails asking about the scanner from folks as diverse as radiology professors and biomedical folks to makers to those hoping I'd open up Dr. Jansen's back-alley CT scans to have a look at some strange bump they have (please go see your doctor!).

But I feel that for all the excitement, to quote Feynman, that first open CT design feels a bit like a dog that walks on two legs — it's not that it does it well, it's that it does it at all that gets people excited. It's essentially a working model of the first generation of CT scanners, but with a much weaker source, and so it takes a very long time to get even a single slice of an image. I've been wondering what it would take to move the idea of a desktop CT scanner from a proof of concept into something that does the job well, or at least substantially better. 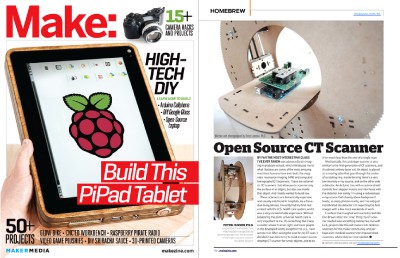 The OpenCT2 is my attempt to move the design much closer to the tomographic systems in use today, and make a complete third generation desktop CT scanner that uses a large parallel array of detectors. This should decrease the acquisition time substantially, acquiring low-resolution images on the order of an hour, and tomographic scan times on the order of a day.

The project has three main contributions: