One way not to prototype

So, I've made a bit of a prototype. It was a rush job putting together stuff and the lack of planning shows. Here is an overall image: 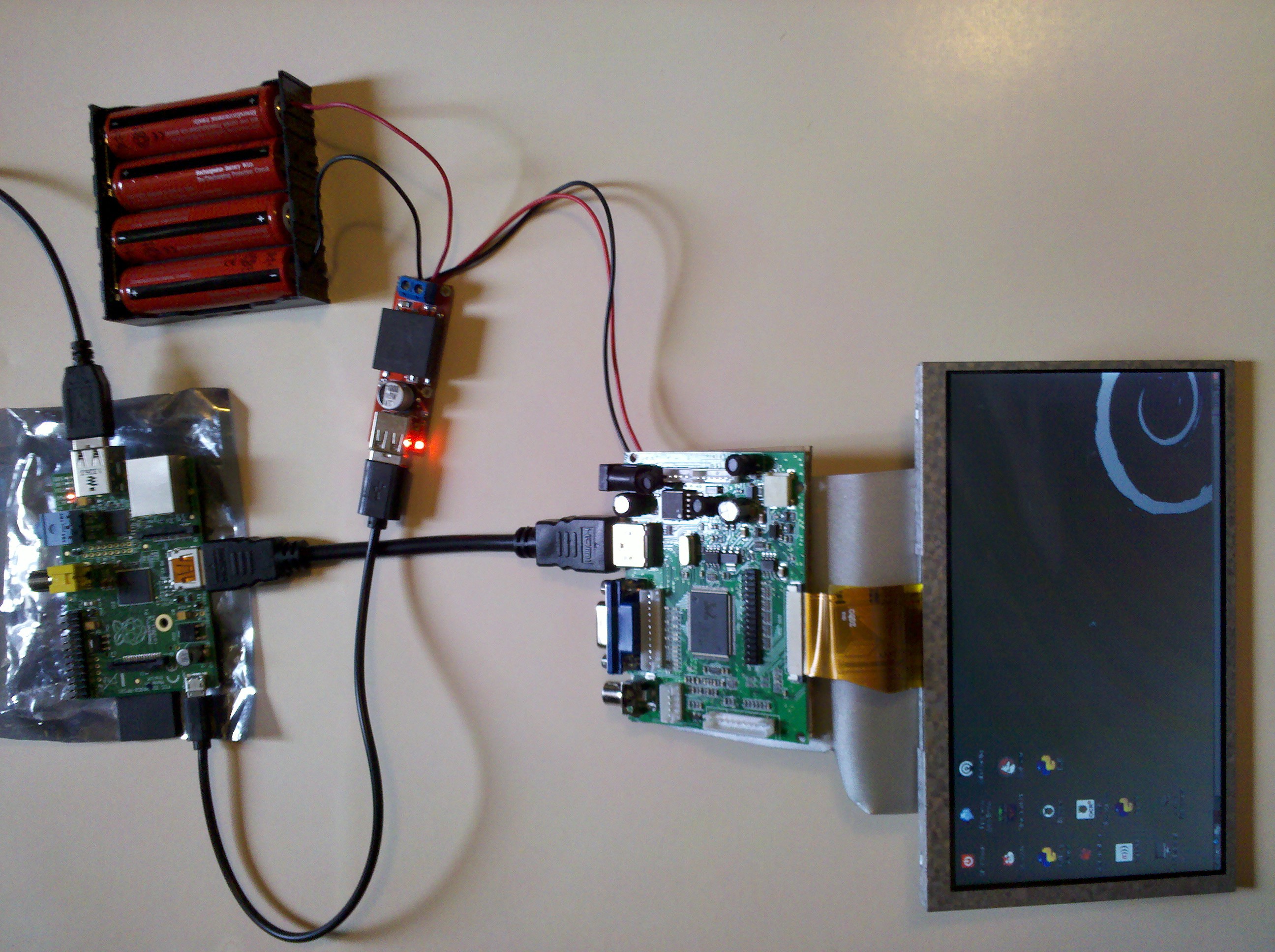 I have 4x 3.7v batteries as the main supply, where everything but the RPI can run anywhere from 24V to 7V. So the RPI gets a 5V buck converter. No problems with this switcher: http://www.newegg.com/Product/Product.aspx?Item=9SIA6742FN3277.

Did I mention that these 50 pin, 7" TFT LCD displays are called "AT070TN90"? So far working very well and available for cheap on the internet. They go into car monitors for backup cameras and also are intended to work with the Raspberry Pi. So I bought a RPI driver for it.

The screen looks amazing (to me anyway). No sign of a flicker like with the RCA driver. Very readable, lots of color, nothing like lag or flickering. 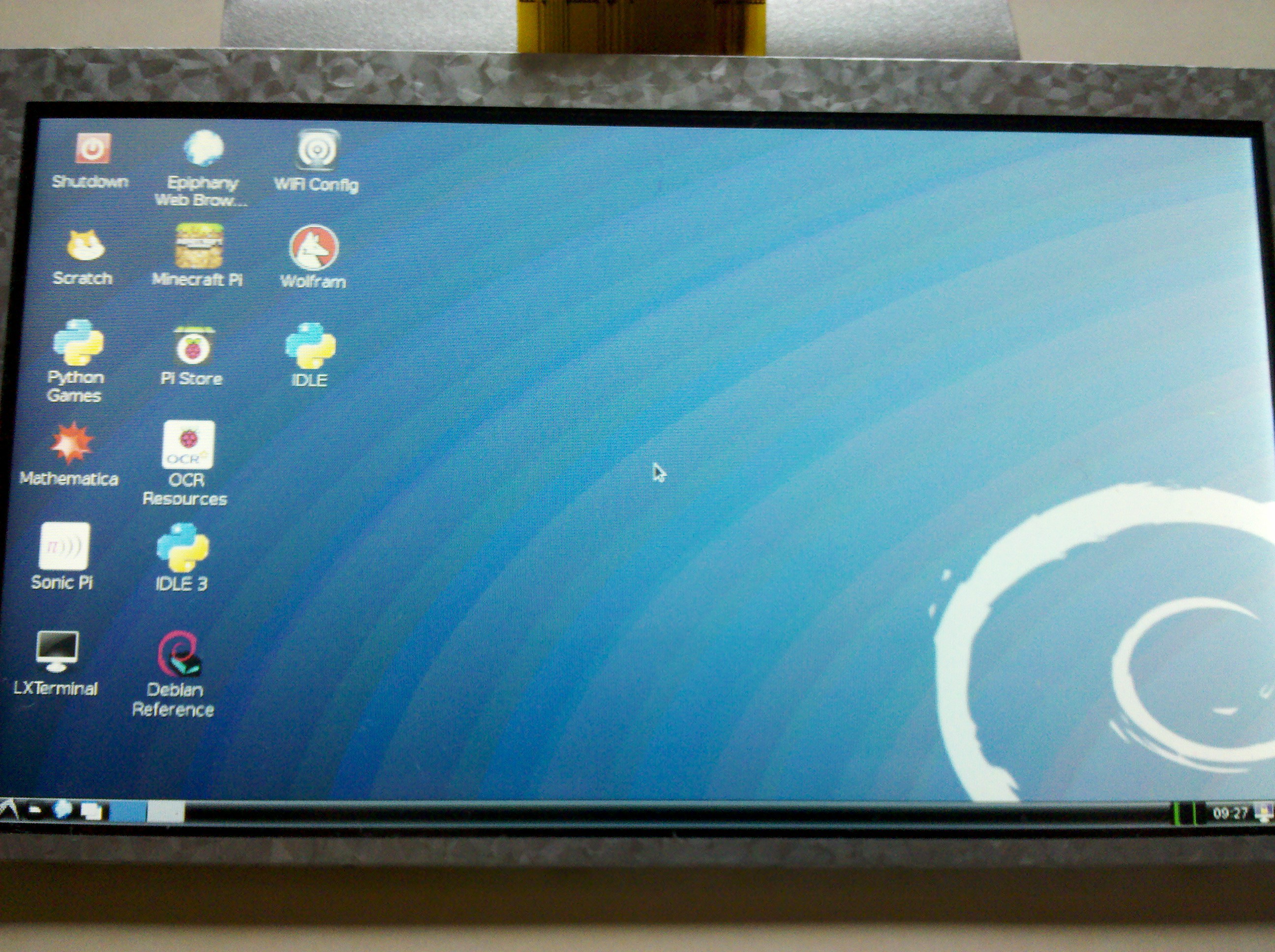 There's some downside though. It's difficult to fit all of this into my pocket. I really don't want to break that exposed flat flexible connector. There are things that can short behind the RPI and the driver boards. And the mounting plate I used can conduct electricity.

These things would be really neat for a little display box like everyone is making, but I wanted these things to fit in my pocket. The HDMI cable isn't flexible enough to bend into there, and the two boards and extra batteries just won't fit. I've managed to do the stuff that everyone else is doing, but not the stuff that I wanted to do! I might be able to shift the batteries into another pocket or something. There are RPI model A boards that might work better on the RPI side.

We could play with this more, but I'd like to go back to the microcontroller side of the project. There's about a month before some important stuff in August where I'd like to have this thing to handle introductions for me and I'd rather have the greatly reduced bulk. Plus I'm bored of buying other people's electronics and I want to make my own. The wallet protests too.

More on a schematic maybe this weekend? I'm thinking of using a PIC and the deadline for the sponsor contest is Monday, so I might burn some midnight oil for that and the August deadline. I've used some PIC32 in the past, so I expect that to be faster than STM32. Good for trying a board.