I've been recently asked how much weight can Tote carry. So far I had to give a honest answer, that I don't know. The heaviest I had it carry was a pack of 4 AA batteries. So I decided to make a few tests.

Note, that this is a version of Tote that uses four SG92R servos for its knees, and eight SG90 servos for all the other joints. The SG92R servos are a little more expensive than SG90, but considerably stronger. Otherwise, they have exactly the same shape, so can be a drop-in replacement. Oh, and the plastic horns they come with are black, which makes the robot look much cooler! 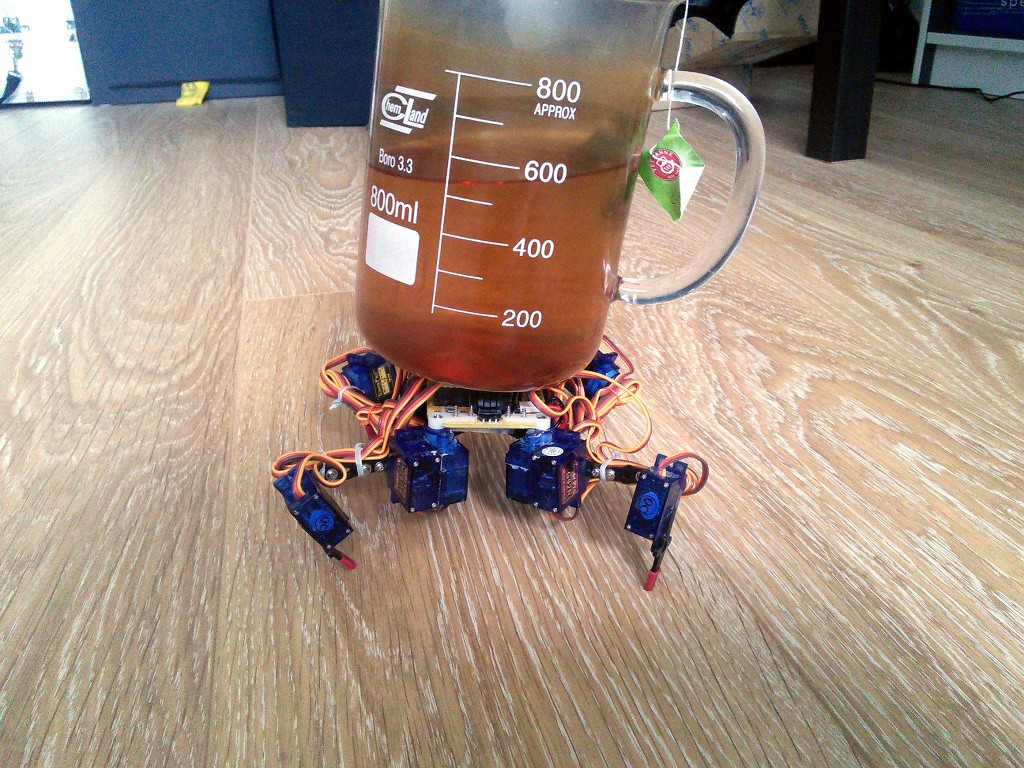 This is Tote under load of about 800g. As you can see, there is 600ml of tea, plus the beaker and teabag, which themselves weight around 200g. With this load the robot shows visible effort and the battery alarm will occasionally go off (but the robot doesn't shut down, it has to have low battery for longer time to shut down), but it holds. The battery life probably isn't too great, and I wouldn't bet on it getting through rough terrain with that load, but still quite impressive.

Another question is, considering that Tote's gait is statically stable, can it just stop at any moment and wait for its batteries to recharge? Will the servos collapse under the weight if they are un-powered? Let's try and see! 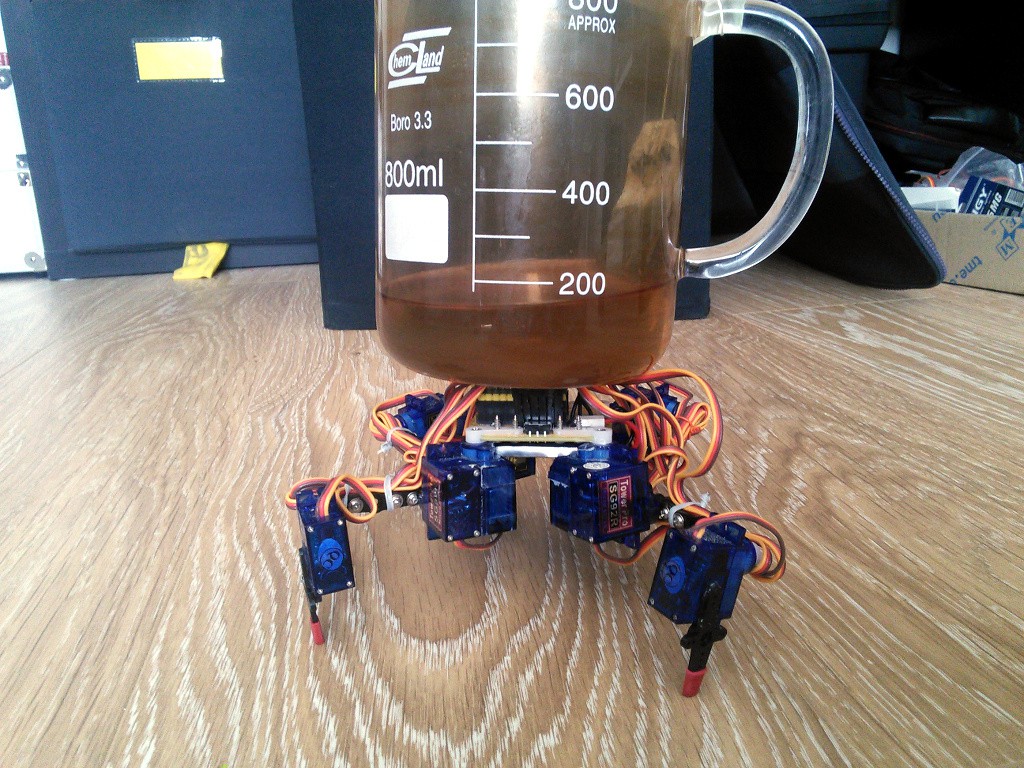 This is the robot powered off, all legs on the ground. As you can see, it's about 400g of load, and it stands. So yes, it would probably be possible to have it make several steps, then stop to recharge the batteries, then continue.
Previous Log

Making Tote without a PCB