The Muffsy Phono Preamp PP-3 has been redesigned from scratch. There were a few design elements that were deemed important: 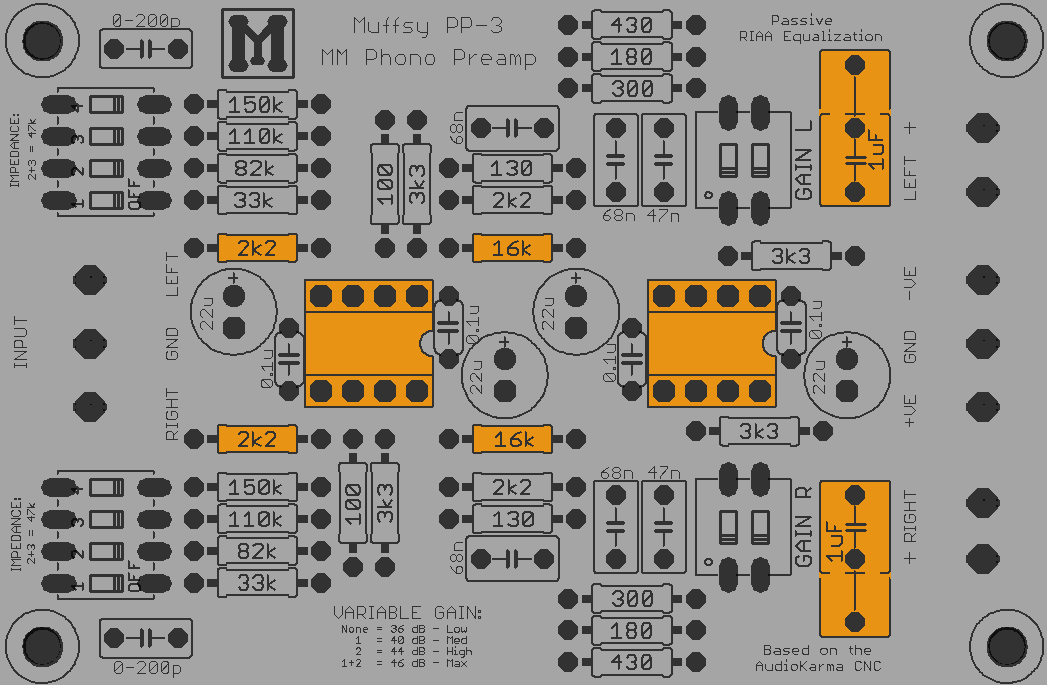 The picture above shows the top-side of the PCB, the components in the audio path are colored orange. Notice the extra space around the resistors that gives room for the larger audiophile type resistors.

The size of the board is now 84x56 millimeters. This is a standard PCB width, and will make it easier to install in a variety of enclosures.

This PCB (and the power supply) will slide into the grooves of a B-0905 enclosure, as you can see in this picture: Screw terminals now fit nicely on the board, with space left over on the outside. This can also be seen in the picture above.

Because of the shorter length of the board, and the added space for screw terminals, the audio paths are abysmally small. What's more, the left and right channel audio paths are exactly the same length.

The input capacitors are back on-board. Check this project log for more information.

Another gain level was added, with both switches set to the "OFF" position. Check this project log for more information and how to modify the gain to suit your requirements.

The electrolytic bypass capacitors are now 22 uF, up from 10, which will filter the power even more. The 10 uF capacitors will still fit though.

Resistors in the Audio Path

All traces have been shortened considerably, and both audio channels are exactly the same length. The two channels are also highly symmetrical, apart from the two gain resistors in the first gain stage. 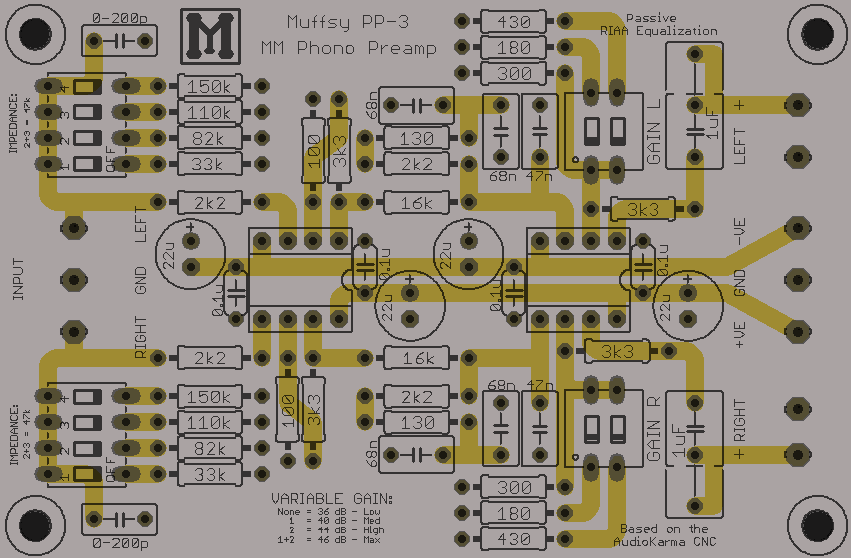 The copper traces for the output capacitors has been re-routed to improve the connection of larger sized capacitors.

Two of the key elements to doing this was rotating the input impedance switches and changing the placement of the RIAA equalization circuit components.