A friend of mine wanted to replace all his swing shutters by electrical ones, so he asked what was possible to automate them. As his home has unused accessible attic and because some holes already had to be drilled to bring the electricity to the new shutter, I suggested him to use shutter switches which support remote control through wires (I love wire).

His installer only had available SIMU Cegeo shutter switches. These models have a one wire bus to allow a central control from a master switch.

Once all the shutters were finally installed, he gave me one off this switch to understand how it works.

As everything that pass through my hand, I need to disassemble it to see how it works. 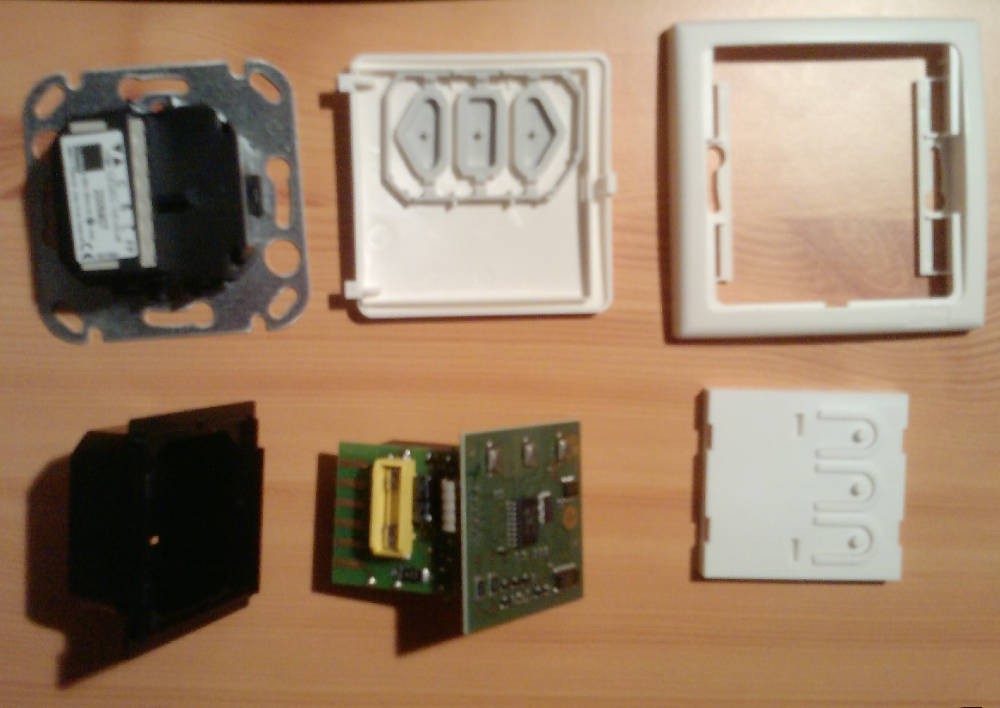 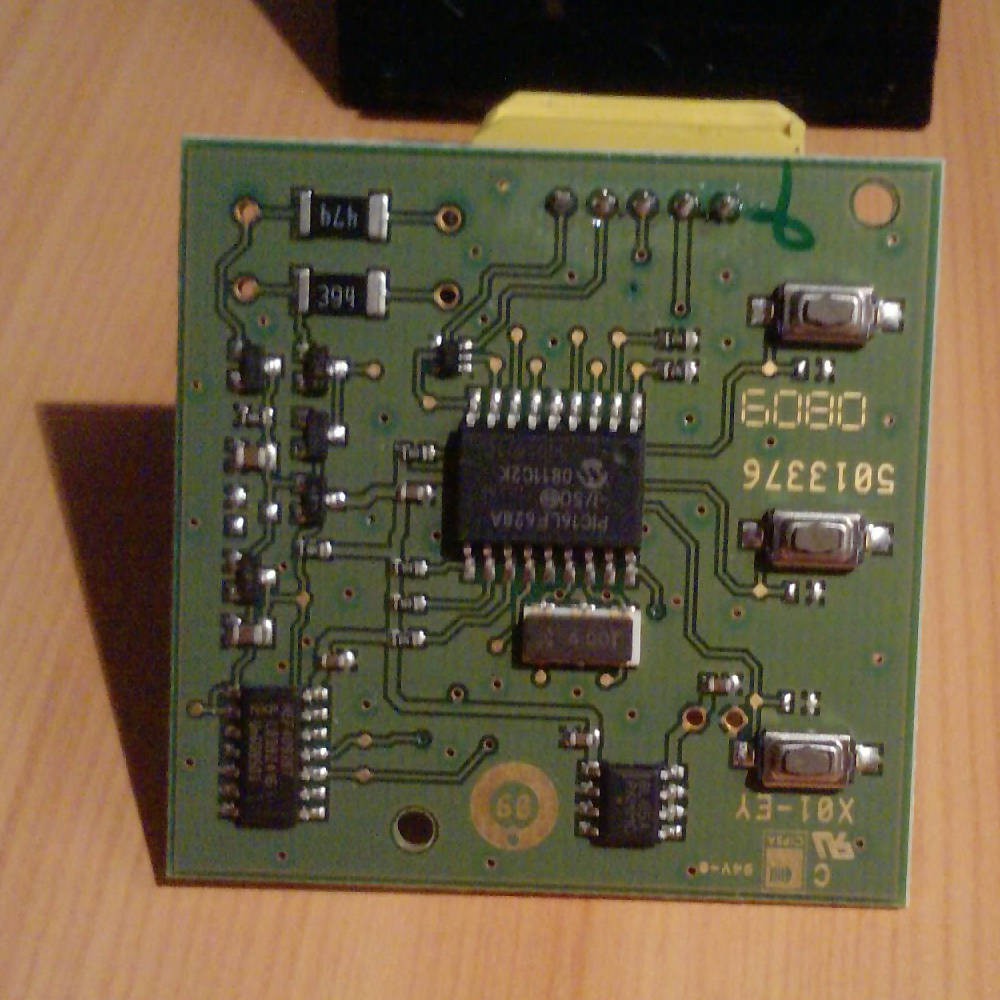 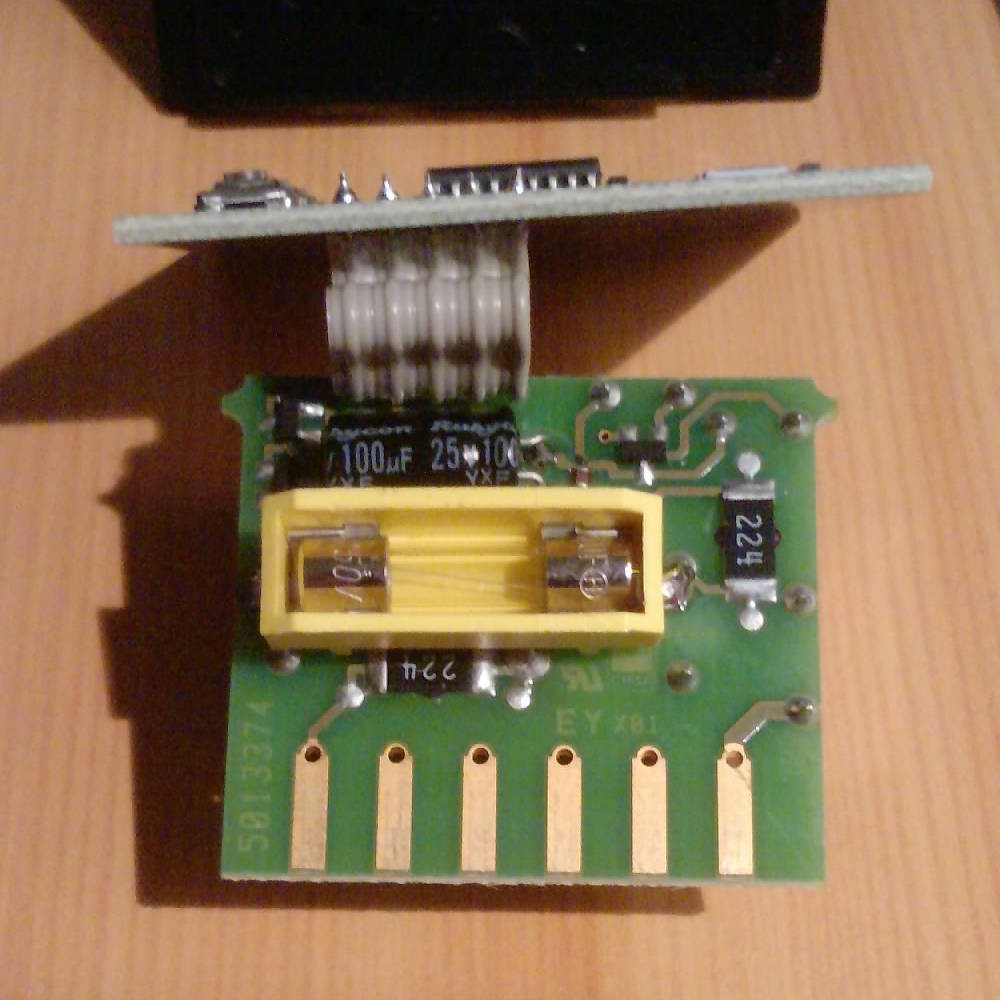 This switch is composed of a little transformer for power, a PIC16LF628A microcontroller from Microchip as brain, two relays to switch the motor and some passive components.

The installation documentation indicates that to be used as a standalone switch without remote control, the bus must be connected to the ground.

After some tests, when the bus is left unconnected, the switch is not working. 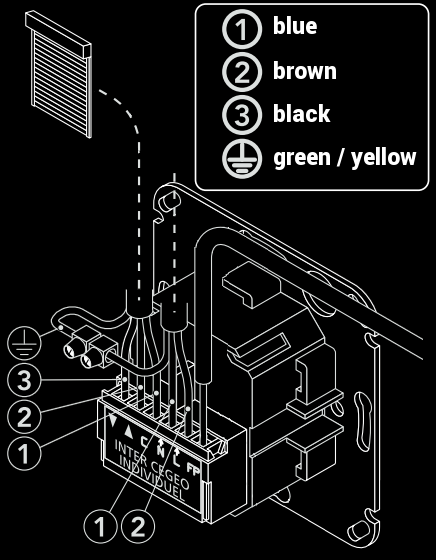 The multimeter indicates a 110V AC voltage on the bus (when not grounded), half of the 220V AC of the main voltage.

I don't remember the exact value of the current drawn when the bus is grounded but it was few mA.

As each shutter must be individually controlled, the 5 shutter buses must be isolated from each other.

The simple schematic is above : 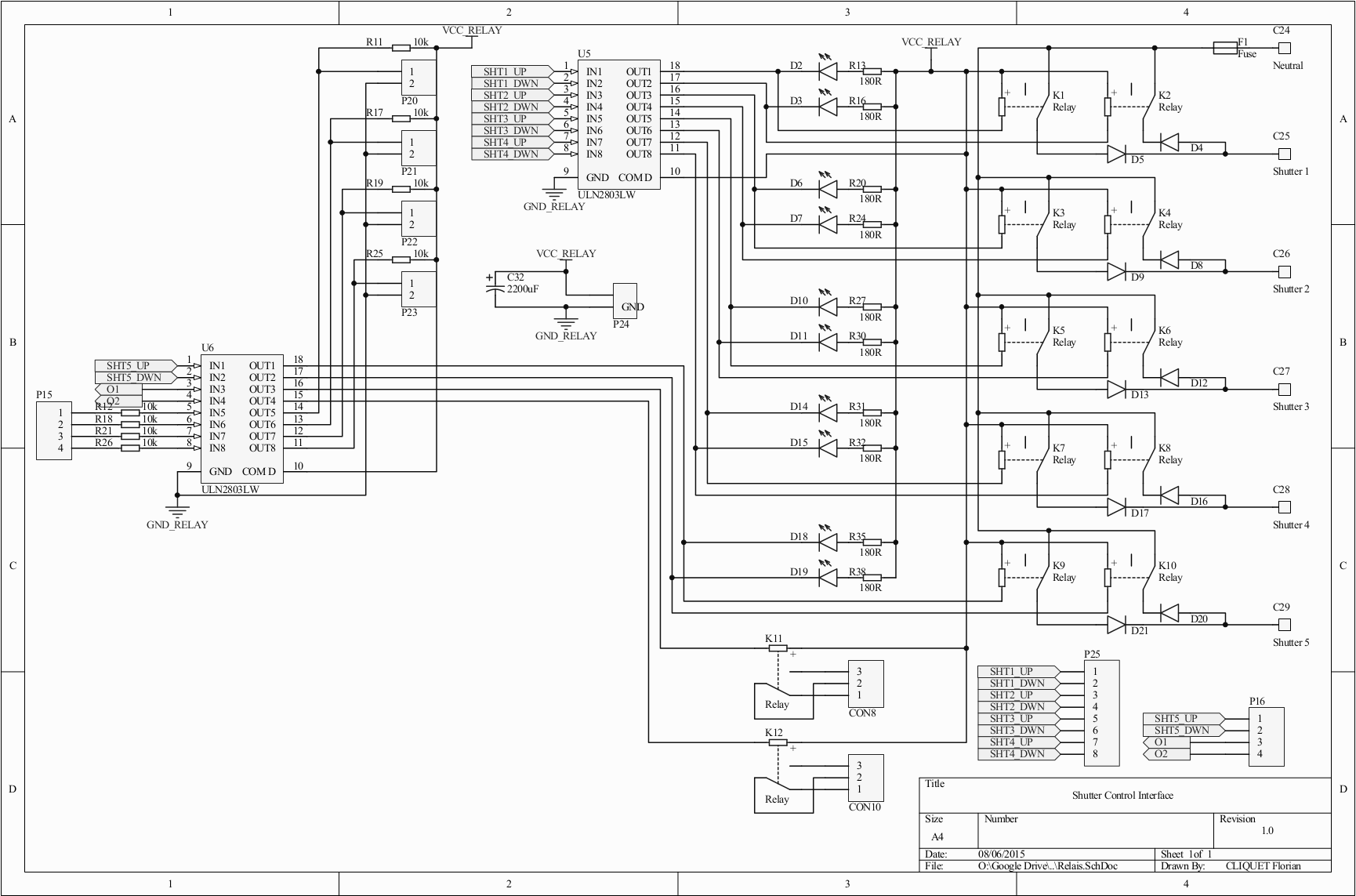 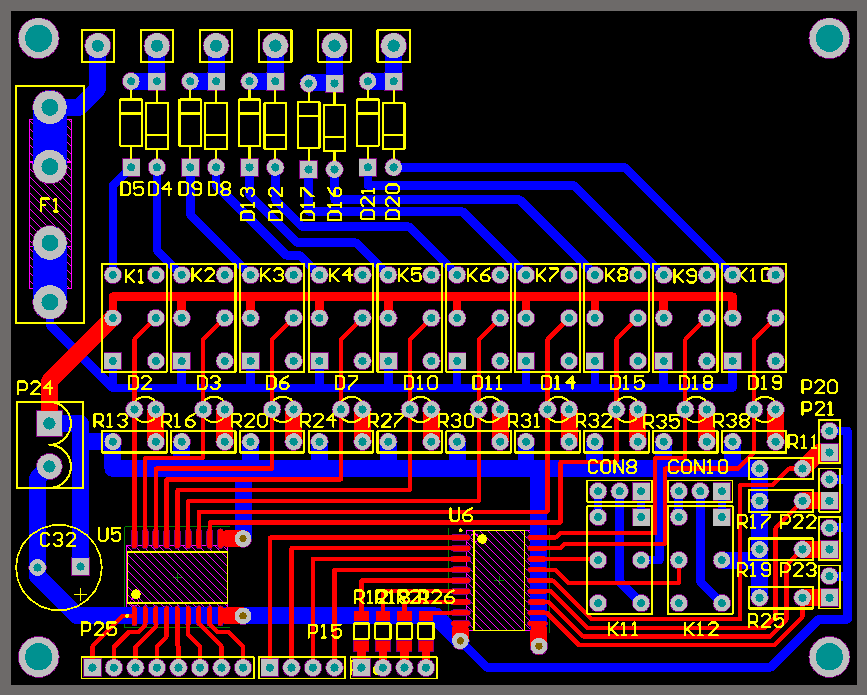 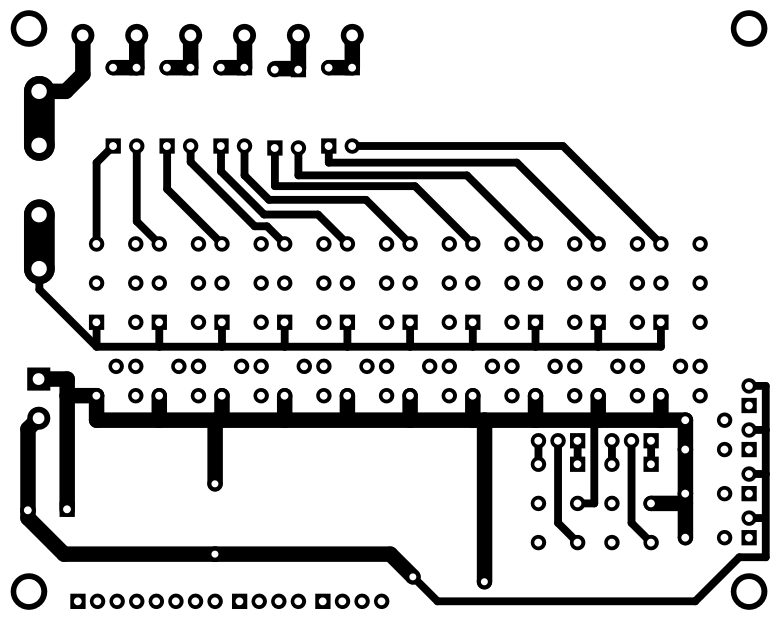 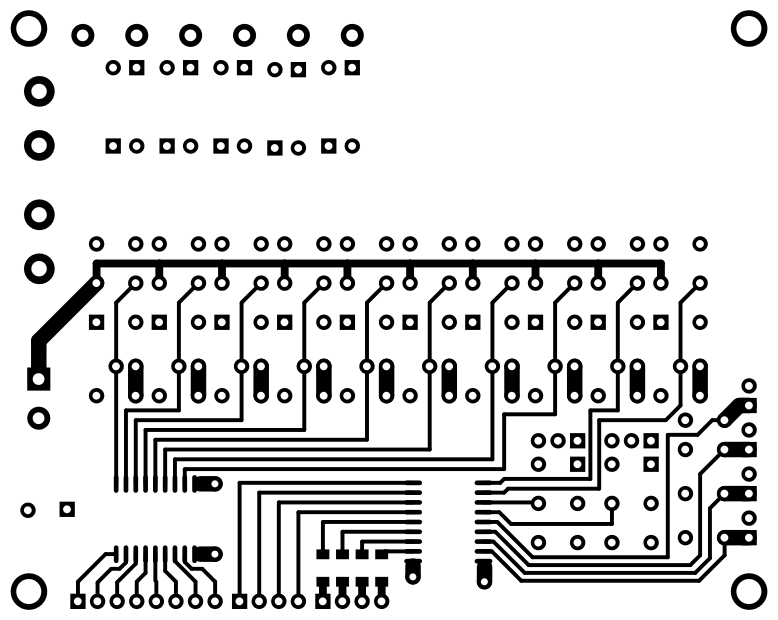 It is controlled by a Web Platform (http://dangerousprototypes.com/docs/Web_Platform) from Dangerous Prototype, the PIC which power this board was programmed to provide an HTML user interface which allows :

The final result was this one : 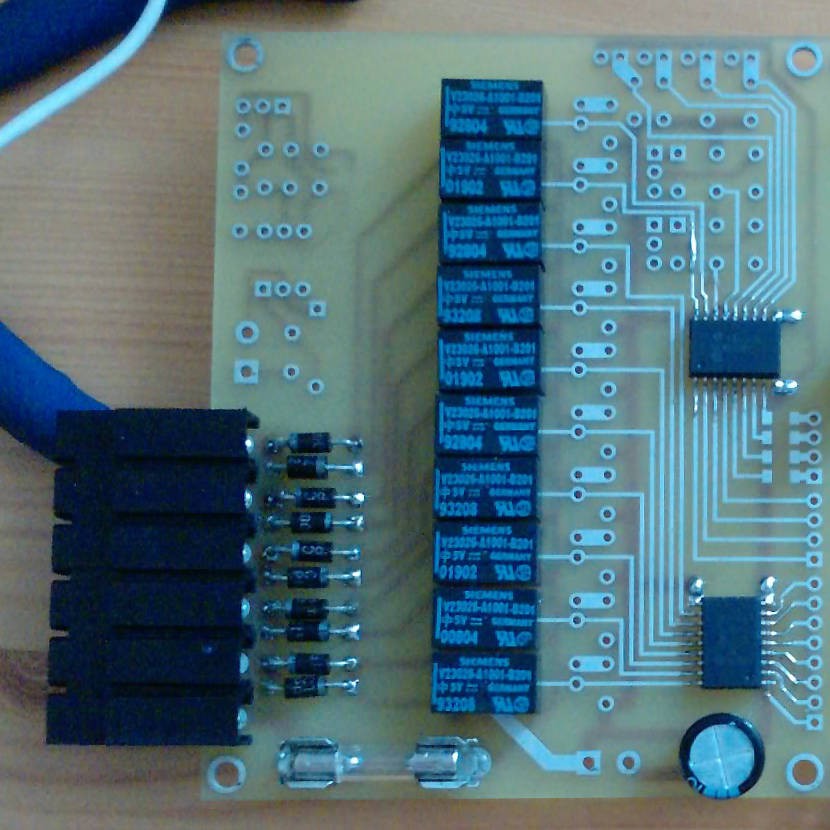 I made this simple HTML, Js interface, entirely hosted on the PIC. User interaction are sent through AJAX GET requests, so any other apps which can do GET request can control them.

For security reason, this interface is only available on the local network, it is remotely access with a VPN.

Dorm Room automation via voice and remote control run through a RasPi. Will also be the control interface for personal network.
Project Owner Contributor