Time to stick it out in the water!

The hardware is also basically unchanged from the bench test. It now has two batteries, fresh off the charger, wired in parallel. They are held in a 3D printed battery holder. 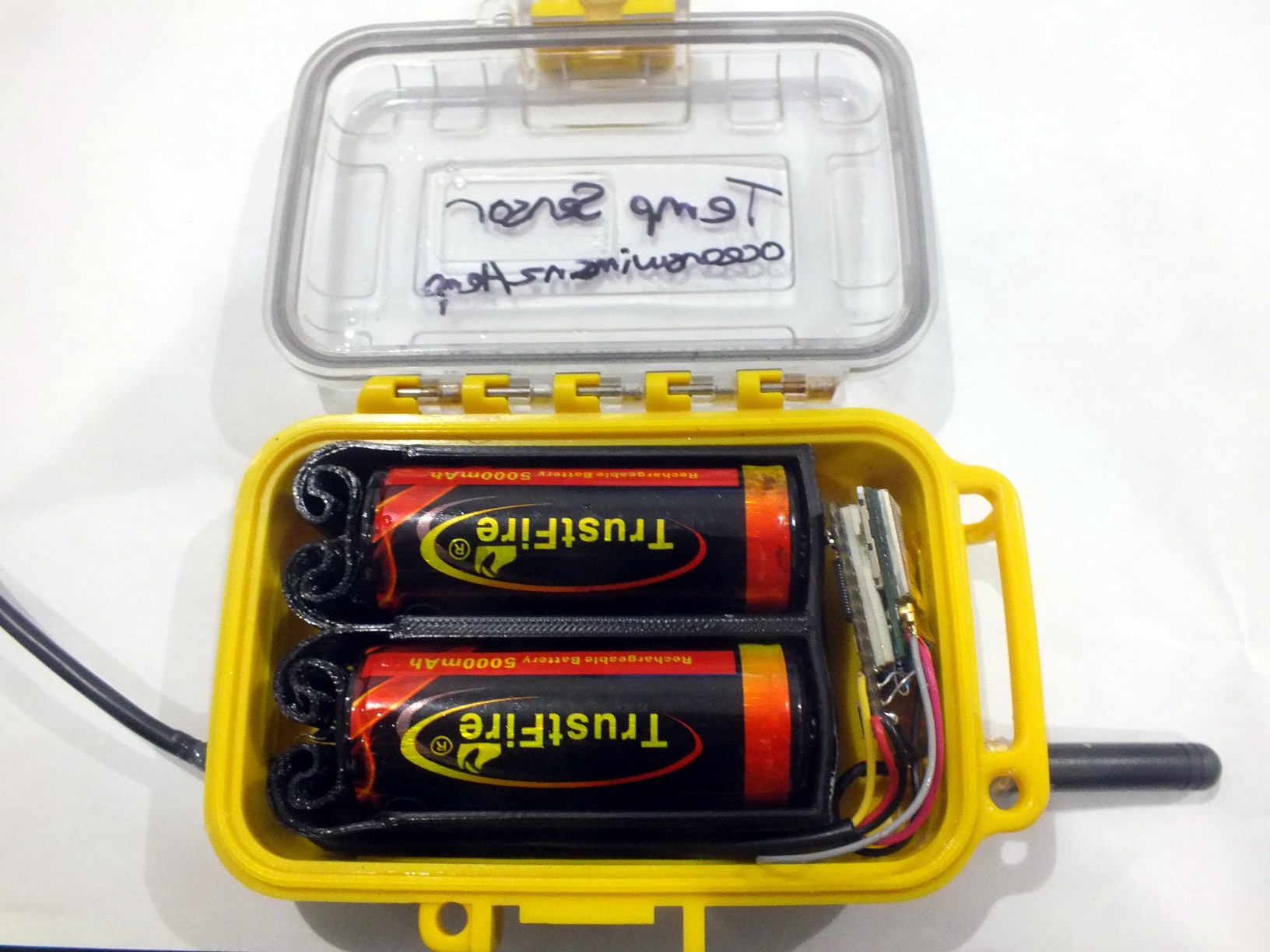 Mounting it in the sea

On Saturday 30th of May 2015 I threw the sensor and some cord in my swim bag and did a normal couple of kilometer training swim with friends. Afterwards Rosie and I swam back out to one of the "5 knot" marker buoys 200 meters offshore and "mounted" it. 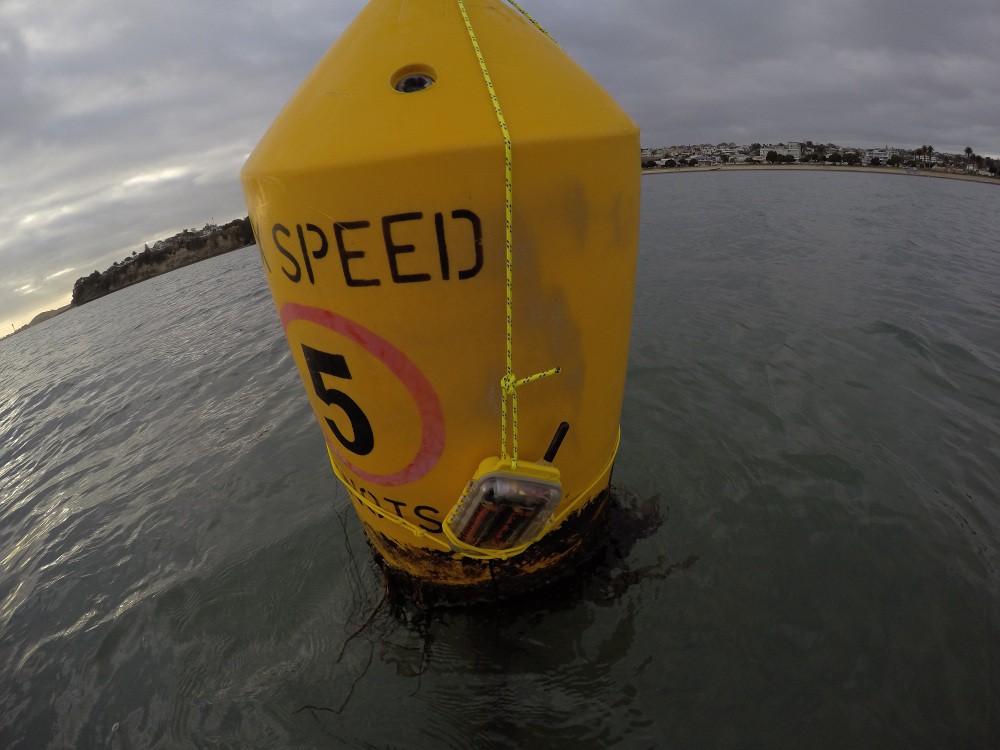 Okay, so "mounted" is a bit generous. It's tied one with some cord, and has some labels scribbled on it so it doesn't look too much like a remote trigger for a bomb.

It ran smoothly for a bit over 12 days!

Only a couple of data points were missing (likely GSM connectivity issues). The datasheet said the Sim800L would operate down to 3.4v and that was spot on. It sent three readings at 3.402v, then went quite for a while then one final reading at 3.391v.

A couple of days later a pre work swim allowed me to retrieve it. When inspected then enclosure was not 100% dry, there was some moisture present. I'm not sure if this was condensation from when it was closed up, or if it got in while installed. The gasket wasn't totally clean so it's possible that's how some water got in.

Let's call that a success and time for version two!