For completeness here's a log for the ISP breakout and the link to GitHub.

It's pretty straight forward so I won't go into details but it's handy to have (especially if the pins are labeled). The only gimmick is that the pins are in the same order as an ATmega328 (and ATtiny45/85) making it easy to set it up for programming:

Obviously a jumper wire is required for the reset signal (and GND on ATtiny, see below). The pin next to the reset socket (between GND and VCC) is not connected to anything and might as well be left out.

This update on v1.1 (which is the version on the current panel) of this breakout has been long overdue so here it is:

Besides minor rerouting the only major change is the move of the RST pin which is now part of the 1x6 header and should be assembled like this: 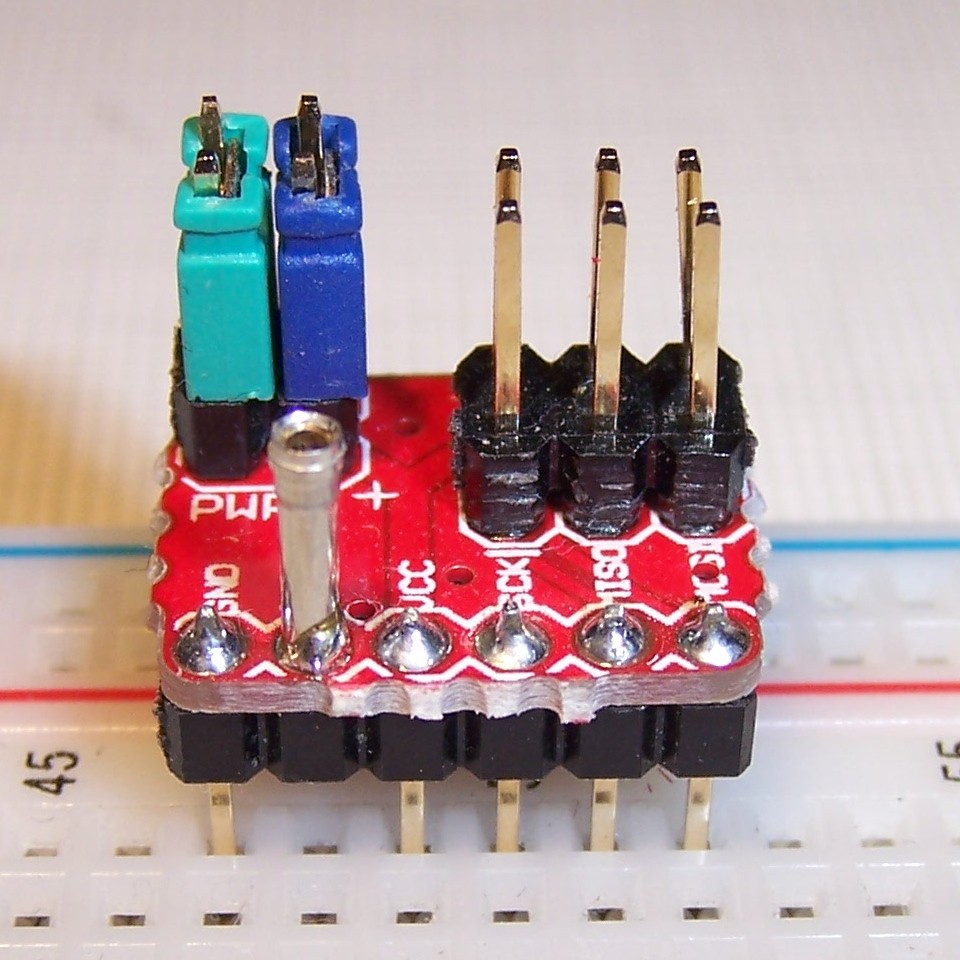 To maintain compatibility with the ATmega328 instead of a pin a single female header should be placed in this location.

And here's just a quick example of the compatibility with an ATtiny45 mentioned above: 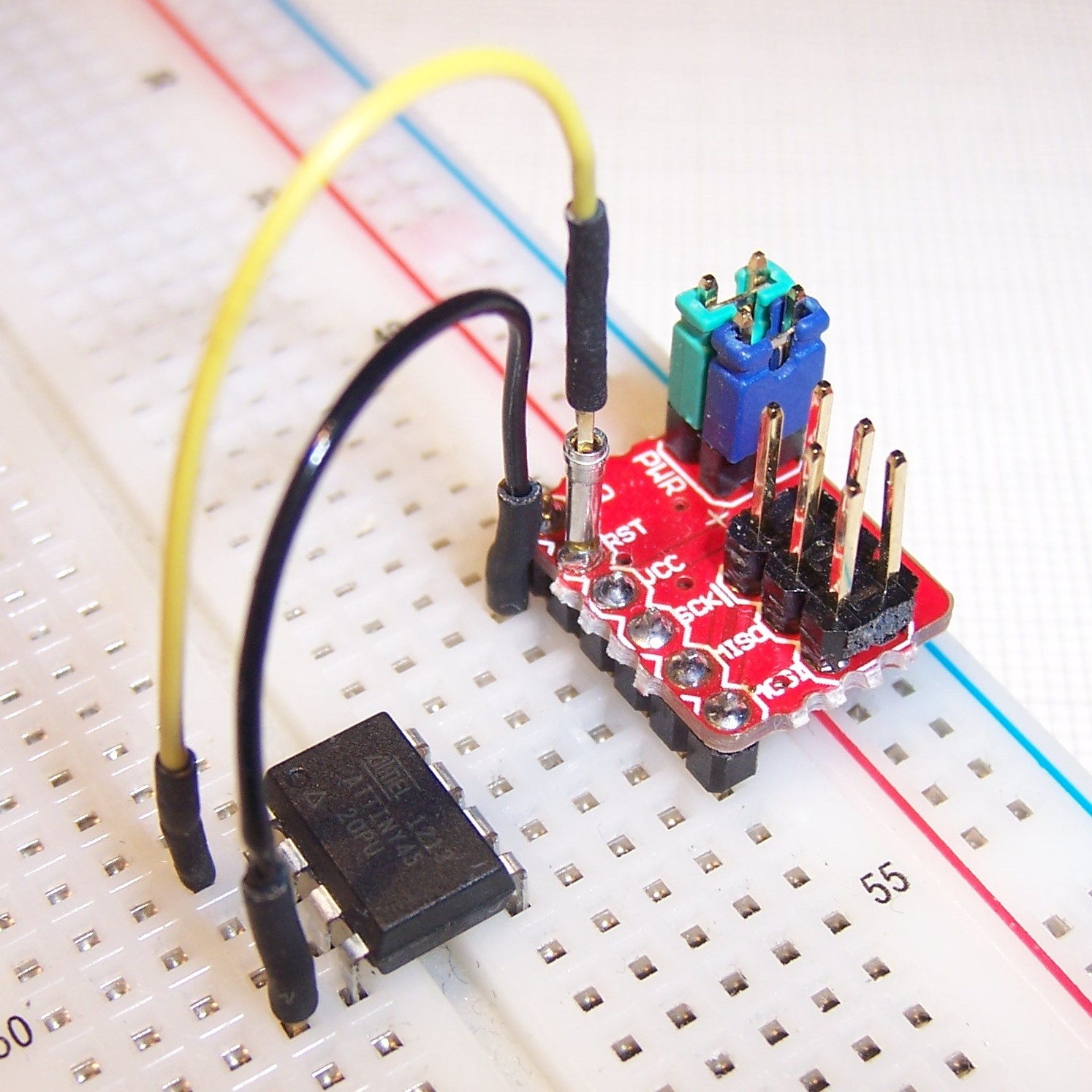 I made a small modification to allow the board to be used as an adapter for devices with a 2x4 header (e.g. an ESP-01). In this case the pin order on the 1x8 header is pretty messy but I found myself needing such a board a couple of times. If you just want the ISP breakout the part with the additional pins should break off easily. 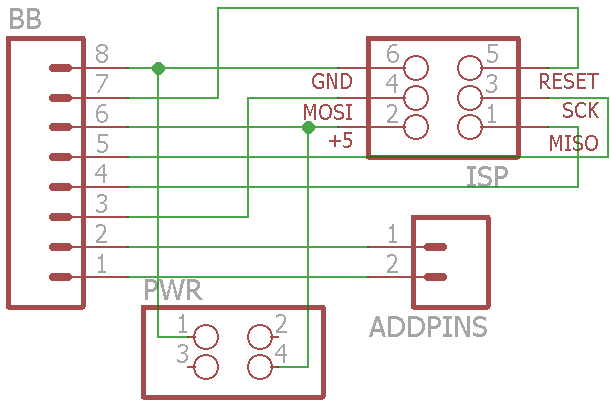 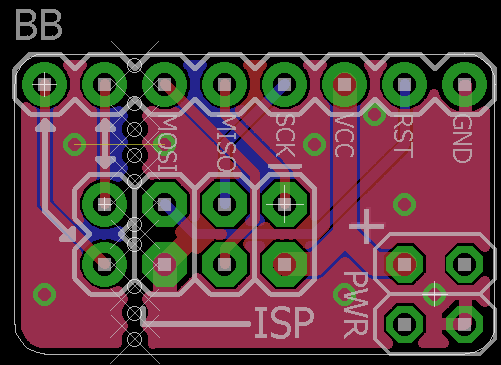 Just another even smaller modification. I was thinking I could show the pinout of the 2x4 header on the bottom silkscreen but then the question was if I should use the numbers of the pins and indicate pin 1 on the 2x4 header (like the MISO pin is indicated on the ISP part of the header) or make it specific to the ESP-01. Because I'd like to use this as a general purpose adapter using the ESP pin functions wouldn't be very useful and since the pins are not in a coherent order numbers wouldn't be very helpful either. So this is what I ended up doing: 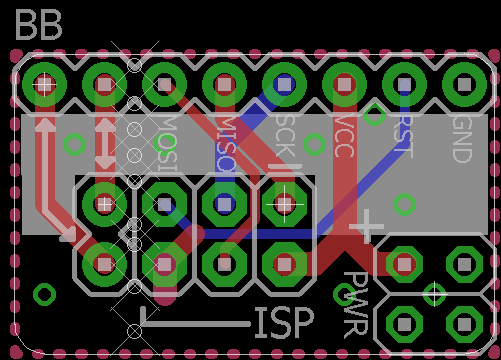 A large white area on which one can write the pinout of what the adapter is intended for or make some color coded markings.