Using various sensors attached to a bike frame to measure road quality (cobblestone, gravel, bumps, holes) and log it by combining it with GPS and odometry data. The data can be analyzed to extract road features, classify different types of roads and detect damaged areas.

The aim is to provide cyclists (and eventually: skateboarders, longboarders and others) with smarter route planning by prioritizing smooth roads. Additionally, it can serve local governments to focus repair work on the streets that need it most.

The system can also be used to measure the intensity of downhill and offroad tracks. This allows the user to measure their own performance over time, compare different runs (also against other users), and choose new paths based on the desired difficulty/intensity.

We want to make your ride less bumpy! 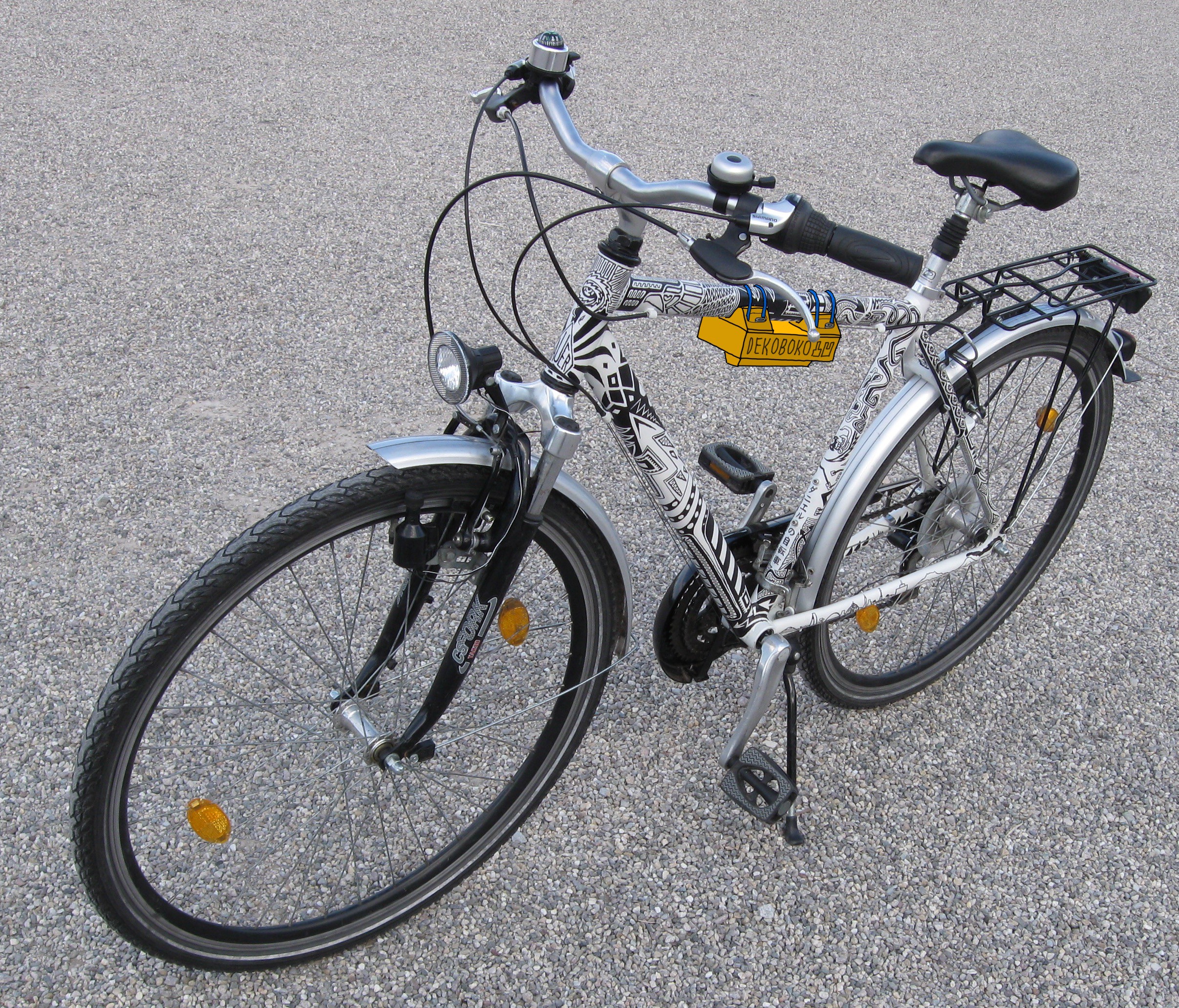 Artist's rendition of the final product attached to the bike frame. 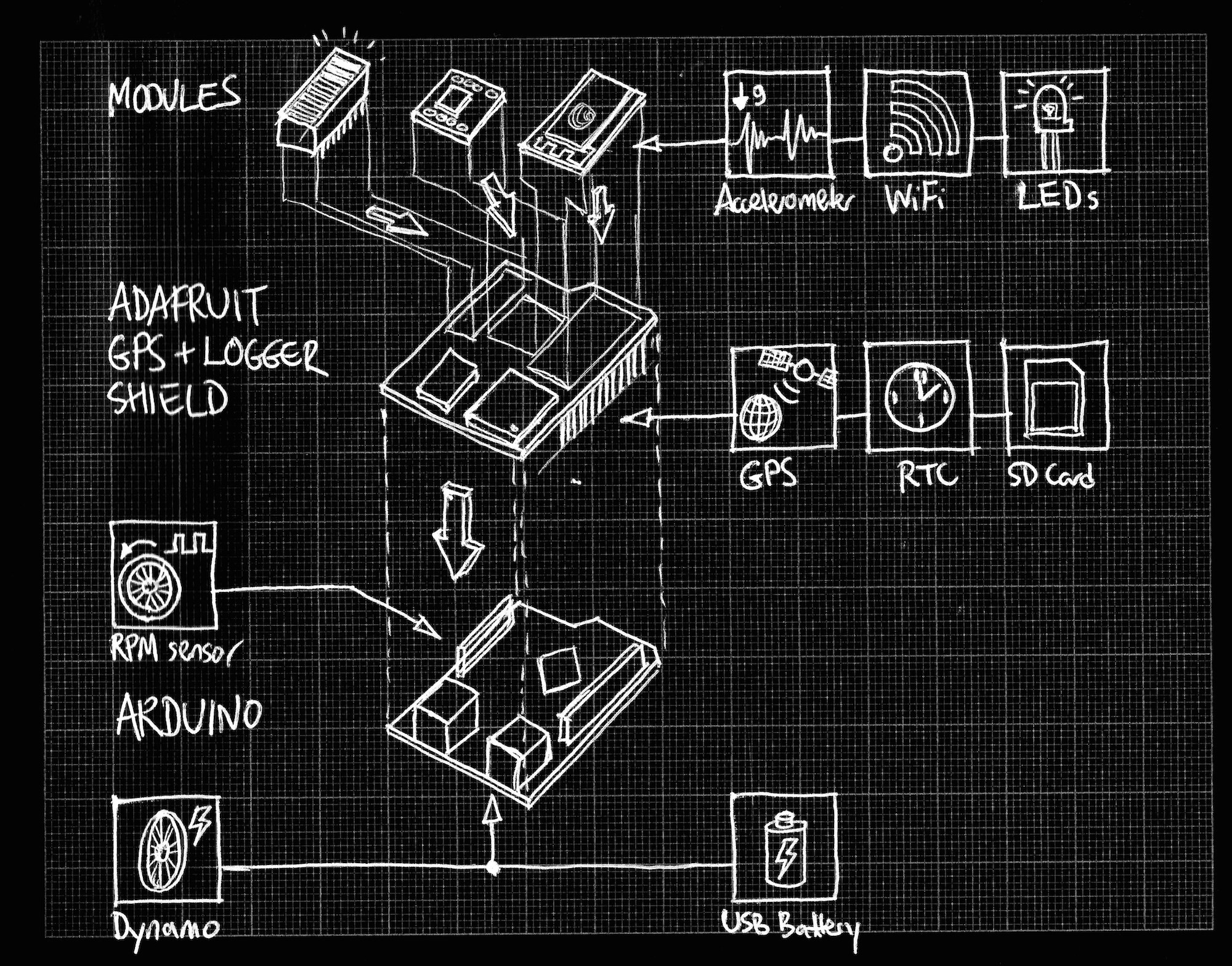 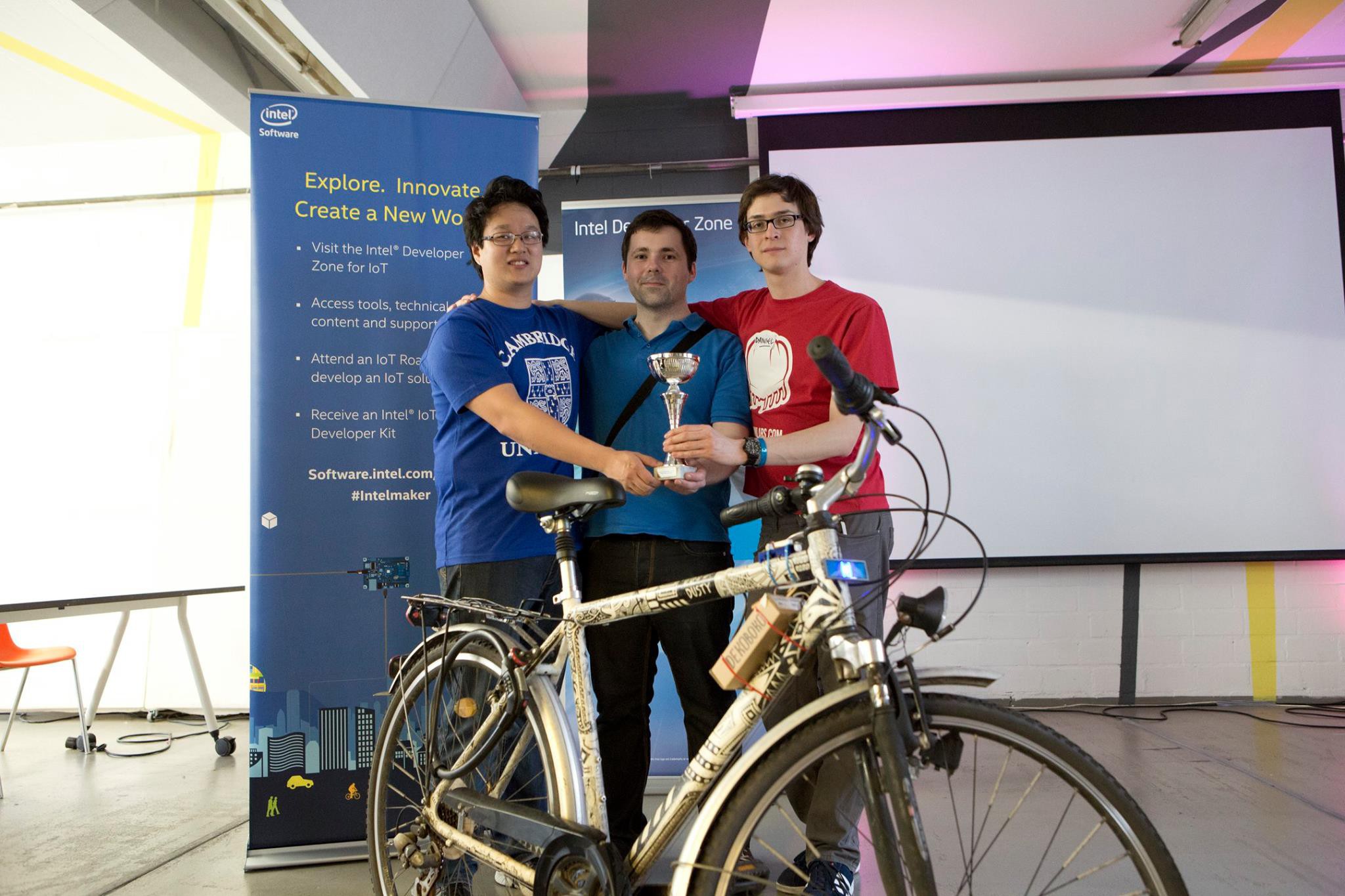 First version:
Created during the Intel IoT Roadshow Hackathon, using the Intel Edison and Grove modules for the accelerometer, GPS, LED bar graph and upload button.
Visualization website is up and running.

Second version:
Switched to Arduino plaftform, still using the Grove modules. Rewrote firmware from scratch. New custom cardboard box to keep wiring under control. Data is output through the serial port, as no WiFi chip was available at the time.

Third version:
Currently under development. Arduino + Adafruit Ultimate GPS Logger shield (with built in RTC and SD card). The accelerometer, LEDs and WiFi modules will be attached to the protoboard section of the shield.

Tracer | A Wearable for Things!