This project was designed for the DIYer arcade constructor. It consists of a single sided board with capacity for 2 controllers with 12 inputs each, but can be daisy chained to expand the quantity of inputs. The circuit is based on ATTiny85/V-USB and three parallel load shift registers.

The first version of his projec ran in 2013 with auto-calibration feature for operation without a crystal, but the auto-calibration has a bug and it is not detected by Windows if it was plugged before the boot. The workaround for this was to add a delay loop in the AVR firmware to give time to Windows to complete the boot (almost 2 minutes).

In the present version the crystal was added and a R-C filter was added to the CLOCK signal of the shift registers in order to generate the LATCH signal and thus save one pin (that was needed for the Crystal).

The previous board can be seen in the pictures below: 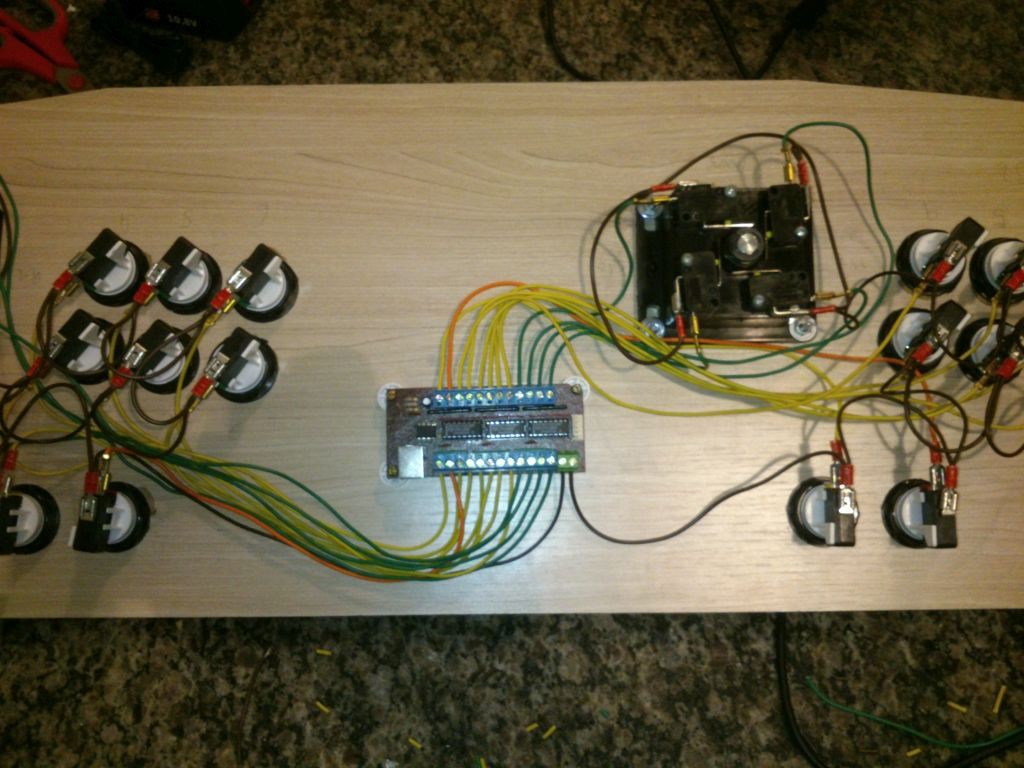 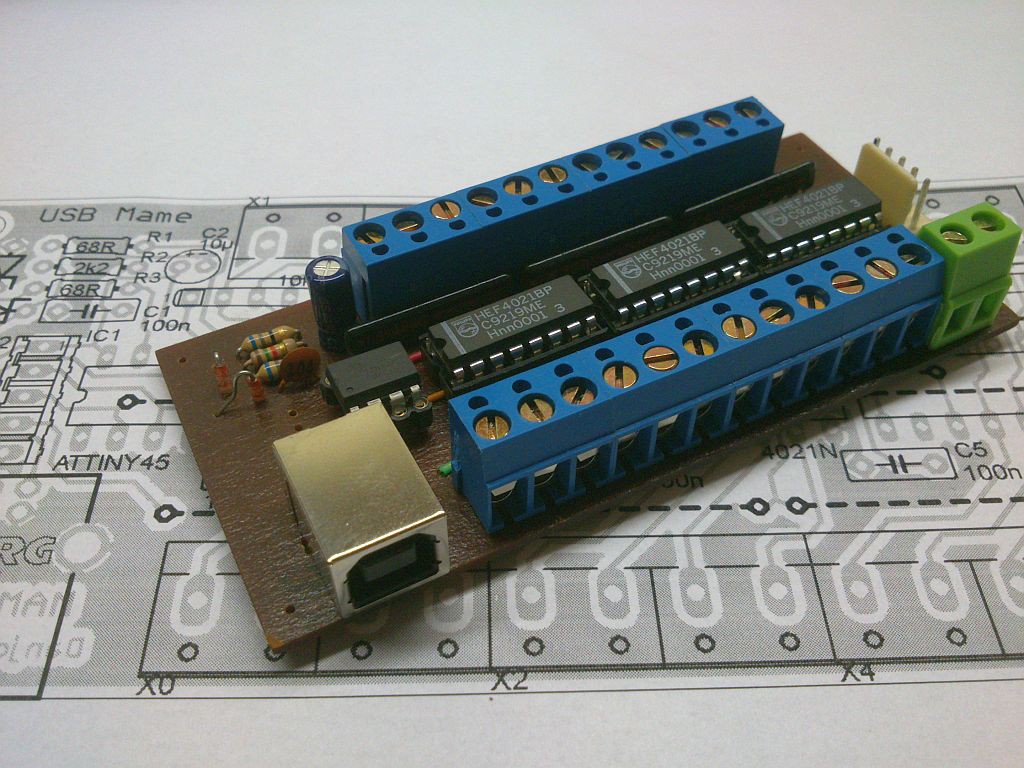 The new version which uses a crystal can be seen in the picture below. 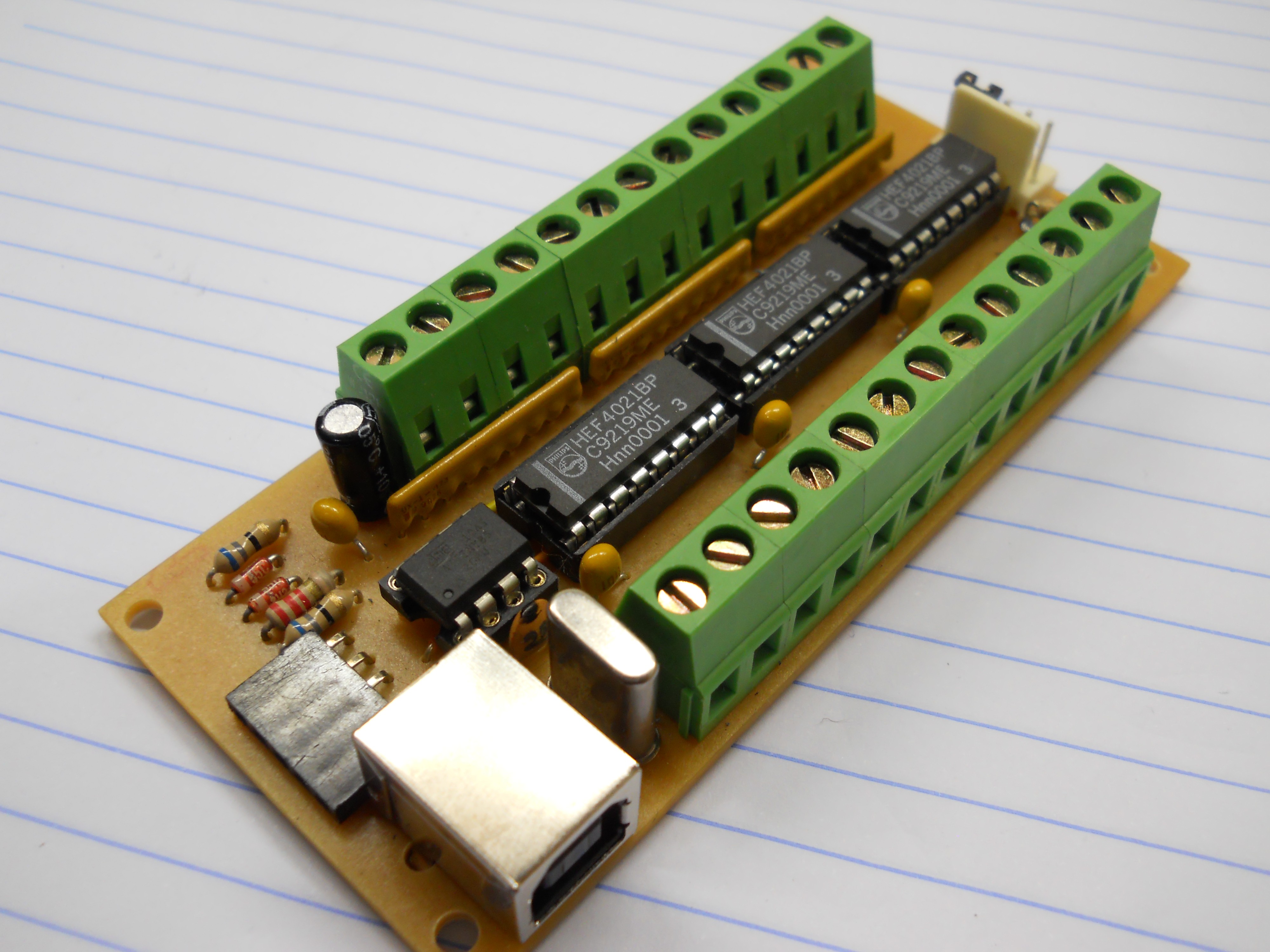 Simple device which provides USB to CAN bus conversion with option to physically corrupt transmitted CAN messages.
Project Owner Contributor

What is the opposite of an RTL-SDR? This.
Project Owner Contributor