Here some tests with the Raspberry pi Camera module v2. At first I though it was less sensible than the v1. But the reason I got darker images is mainly because the automatic exposure algorithm do not let increase the shutter time and ISO as much as with the v1.

However I test different settings, especially during night. I set manually the ISO to 800 and exposure time to 6 seconds. The result is very nice, even with the stock tiny lens, the stars are visible: 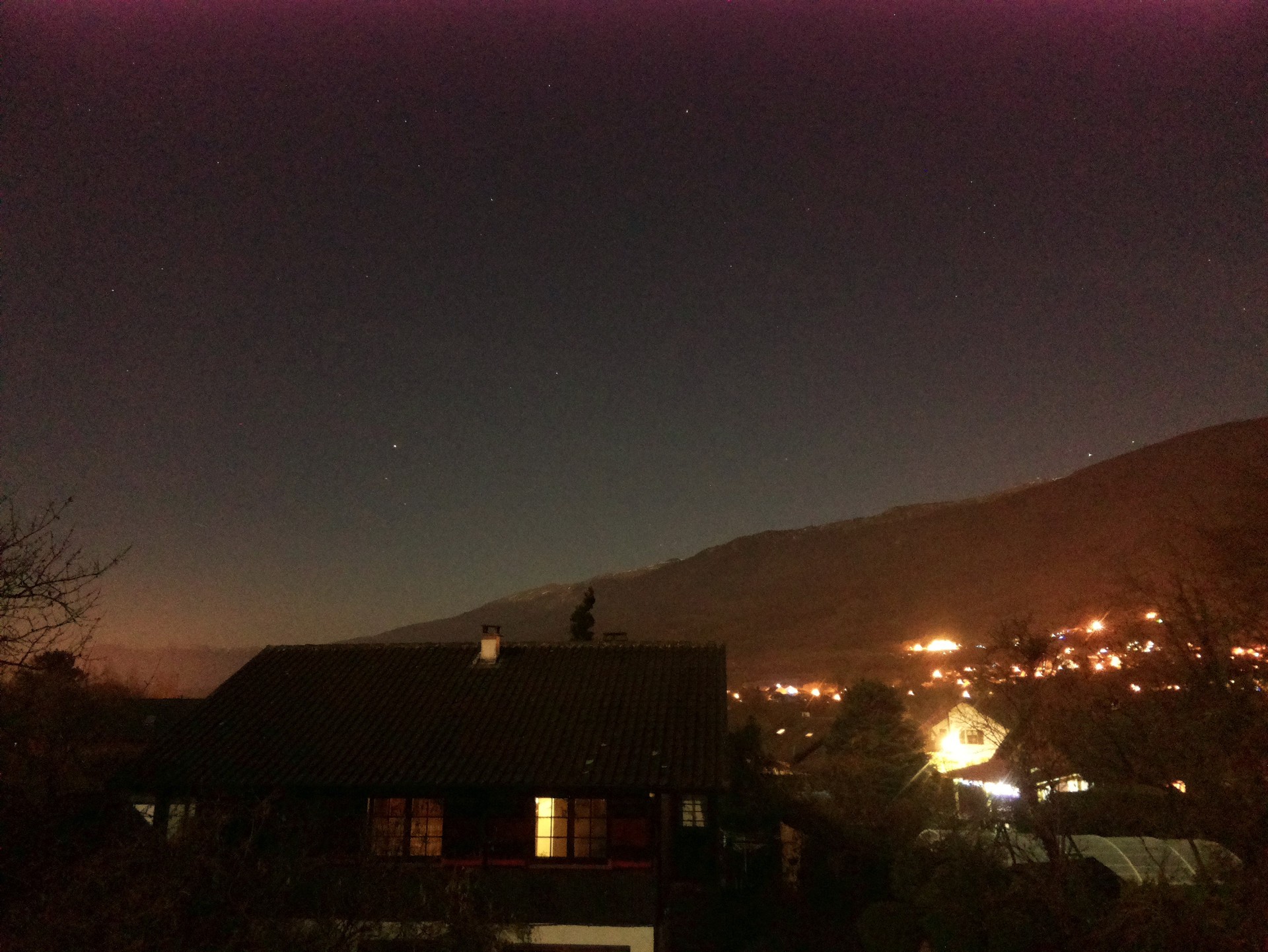 Then I made some stacking/averaging as before, with even nicer results: 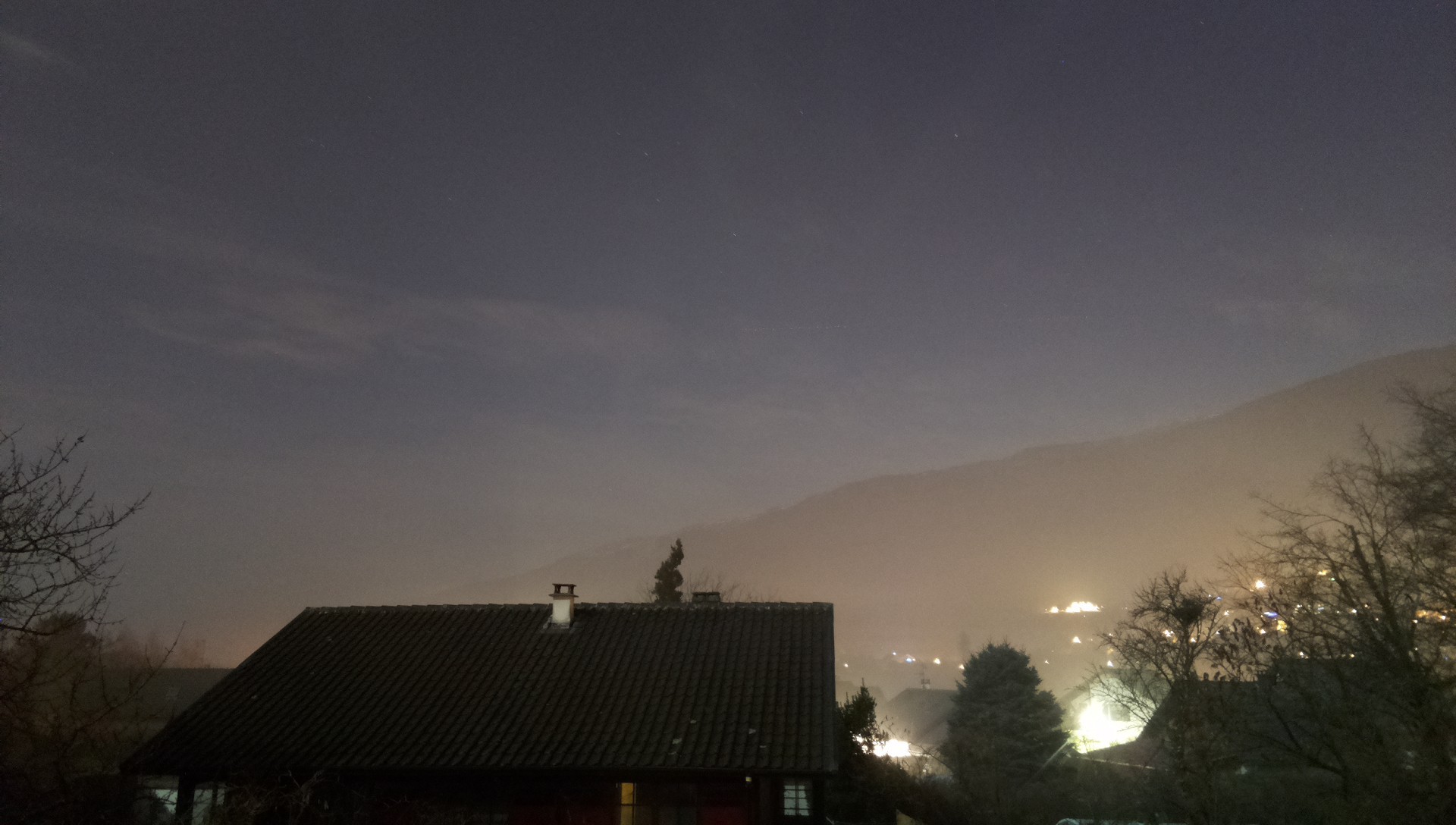 For the Geminids night, I tried an other way of 'stacking', which consists of taking the maximum value of each pixels instead of the average. This enhance the star tails effect, but could lead to less natural motion blur effect: 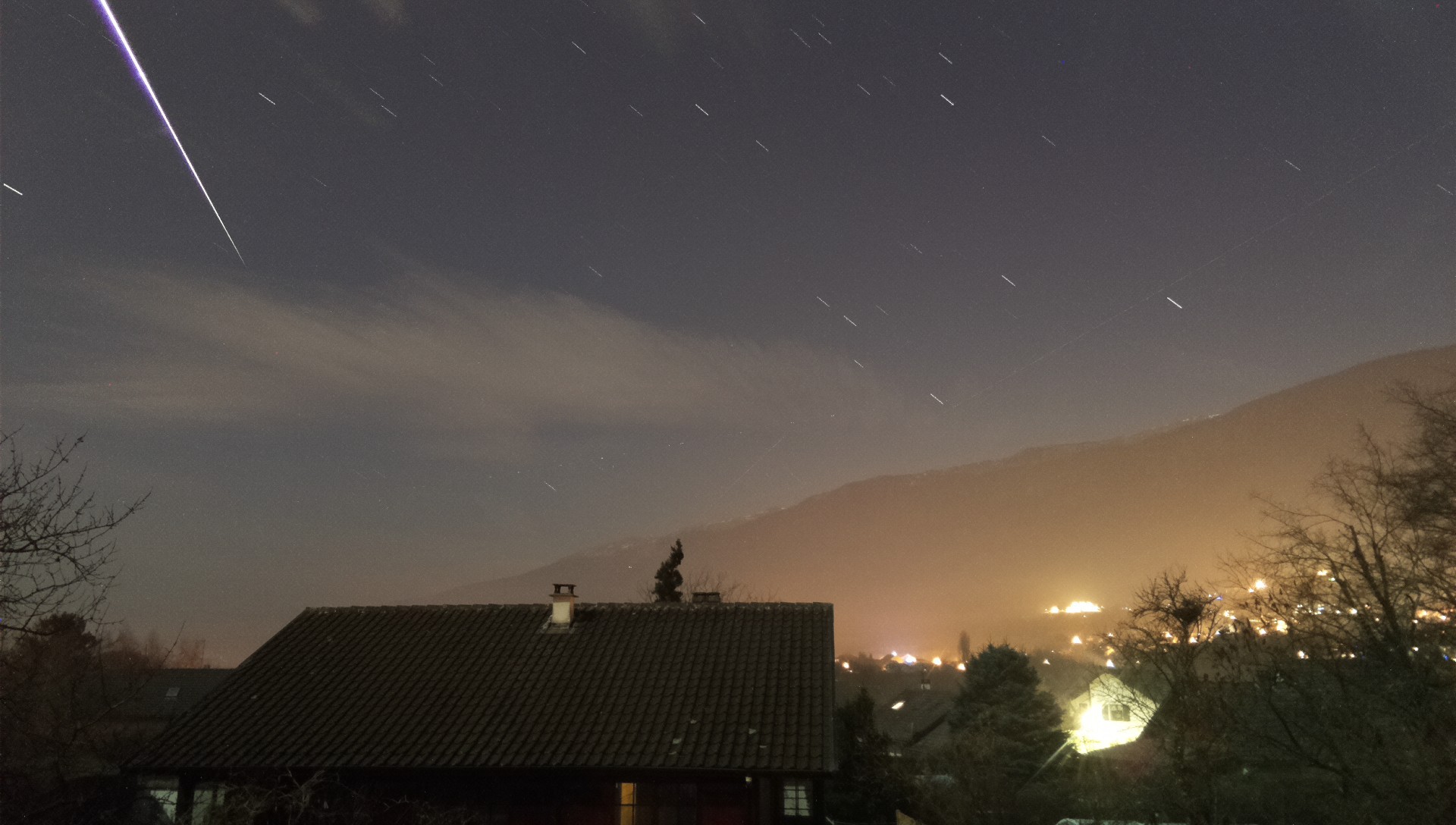 It was quite a shame the night turns very foggy, however despite the full moon I was happy to see that stars can be seen by the Raspberry Camera module V2. Each image of the following animation is composed 6 seconds shutter speed at 800 iso, where only the maximum pixel values are used.

For day time, I not yet noticed any sensor burning due to the sun with this version. I added a UV filter as well, not sure if it can really prevent this, but apparently the camera v2 seems more sun robust. 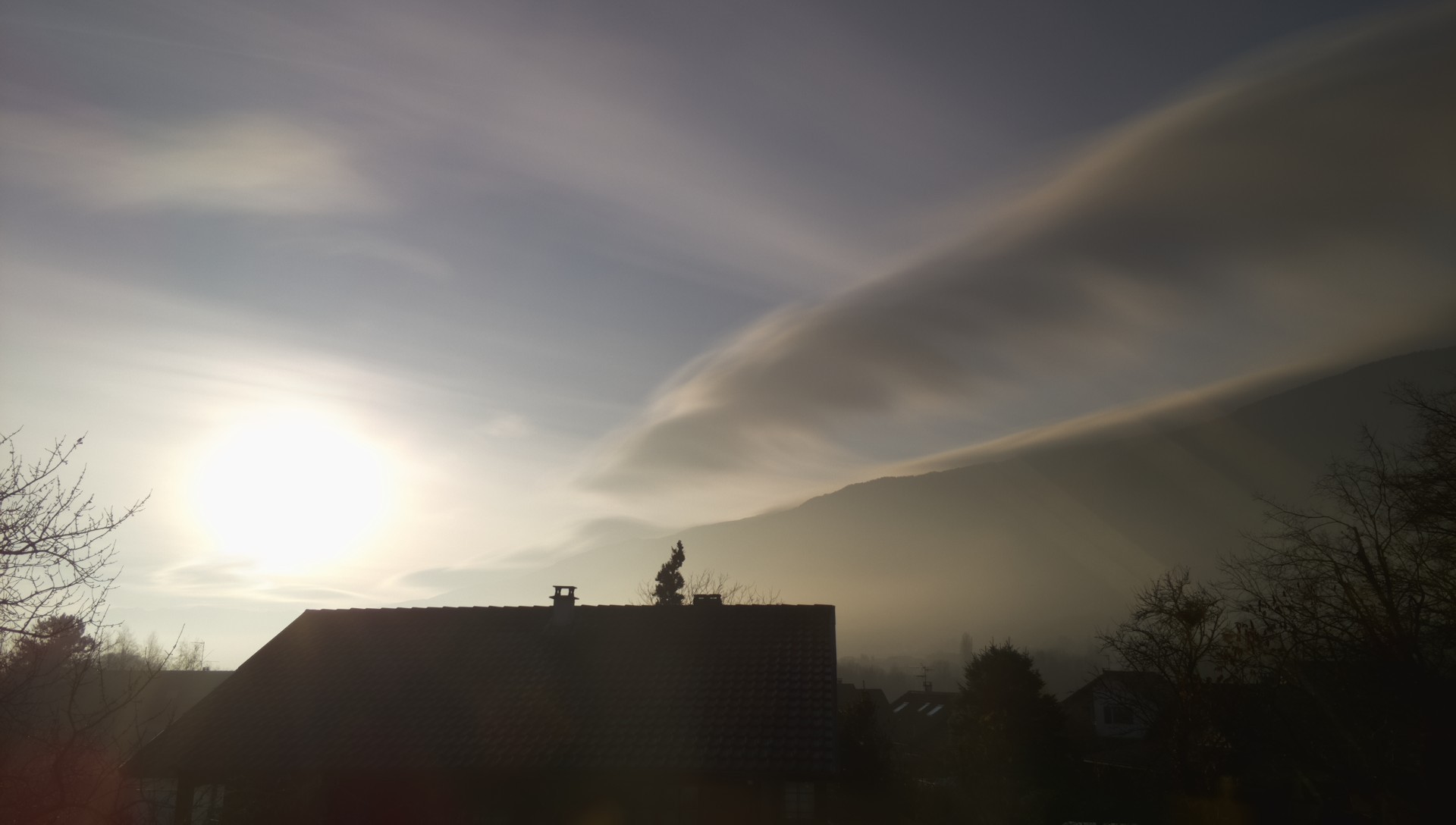 To conclude, there is a great potential with this affordable camera. These results are achieved with very ugly C programming within the raspistillYUV.c and a java program.

As now a python lib using directly the camera abstraction layer is available, I should move to python programming.

Next step is to manually set the ISO and shutter speed according a little external piece of hardware measuring the luminosity, for example a ADC and light intensity sensor.