For upcoming trial installations, I need 25 Vinduino printed circuit boards. Not a sufficient enough quantity for cost effective outsourcing of assembly. The new version of the Vinduino board has a good number of SMD components, and after building the first board with solder paste, toothpick, and hot air tool, I knew I had to find a faster way. So when I ordered PCBs @ Elecrow.com, I clicked on the option for having a 30 x 40 cm framed metal stencil. Added cost for the metal stencil is $18 + shipping, a bargain!

The PCBs and stencil arrived one week later, and I was pleased with the quality of the stencil and the frame. Now I was in the market for a stencil printer. A unit with good reviews will cost you over $500 + $200 shipping (weighs 17 kilo) from China. The $150 units on Ebay get mixed reviews, so was not sure if I wanted to squander HackaDay prize money on that.

I ended up not buying a stencil printer (for now), but instead made a $20 wooden positioning frame that works accurately, and gives repeatable results. 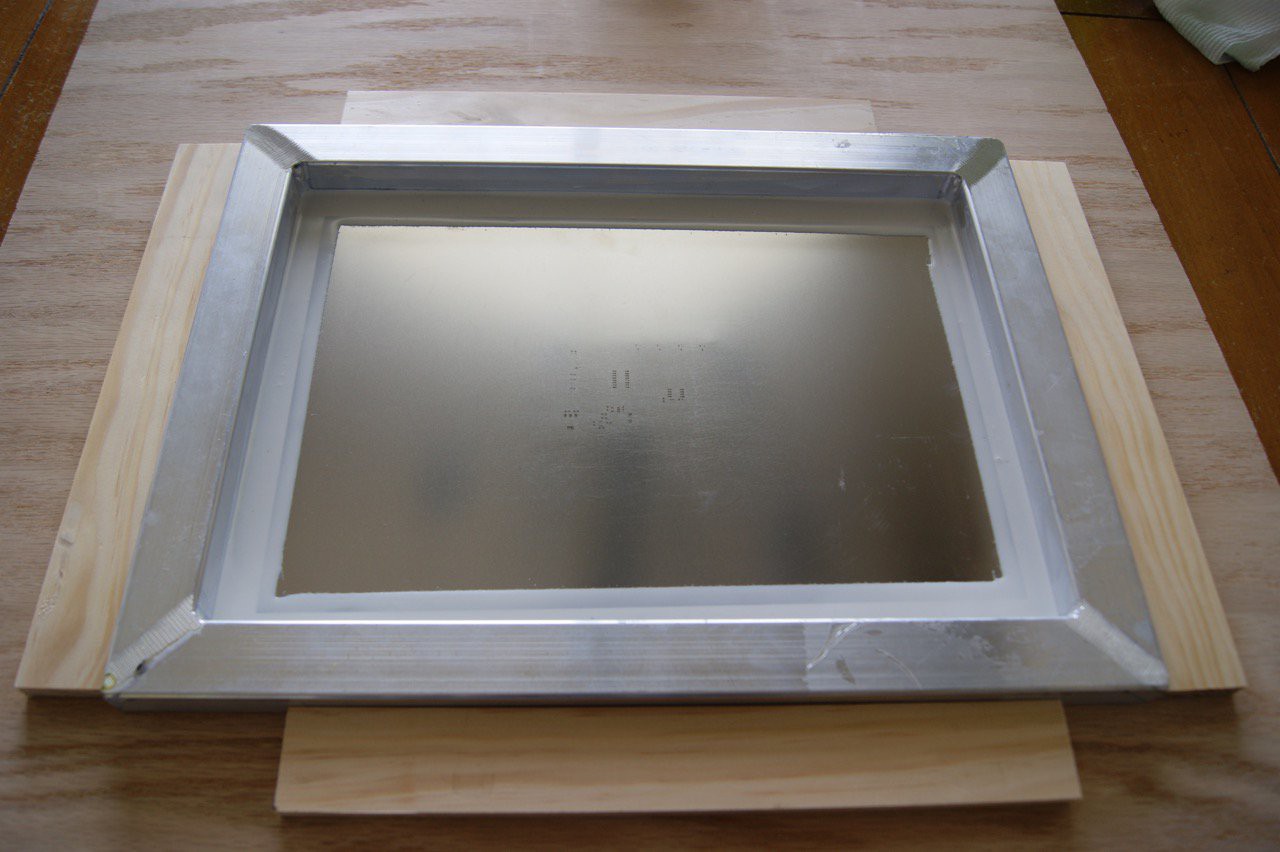 To fix the position of the PCB, I used iron-on edge tape. Then I moved the frame until it was perfectly aligned with the PCB pads. The frame position is fixed with pieces of wood glued to the base board. 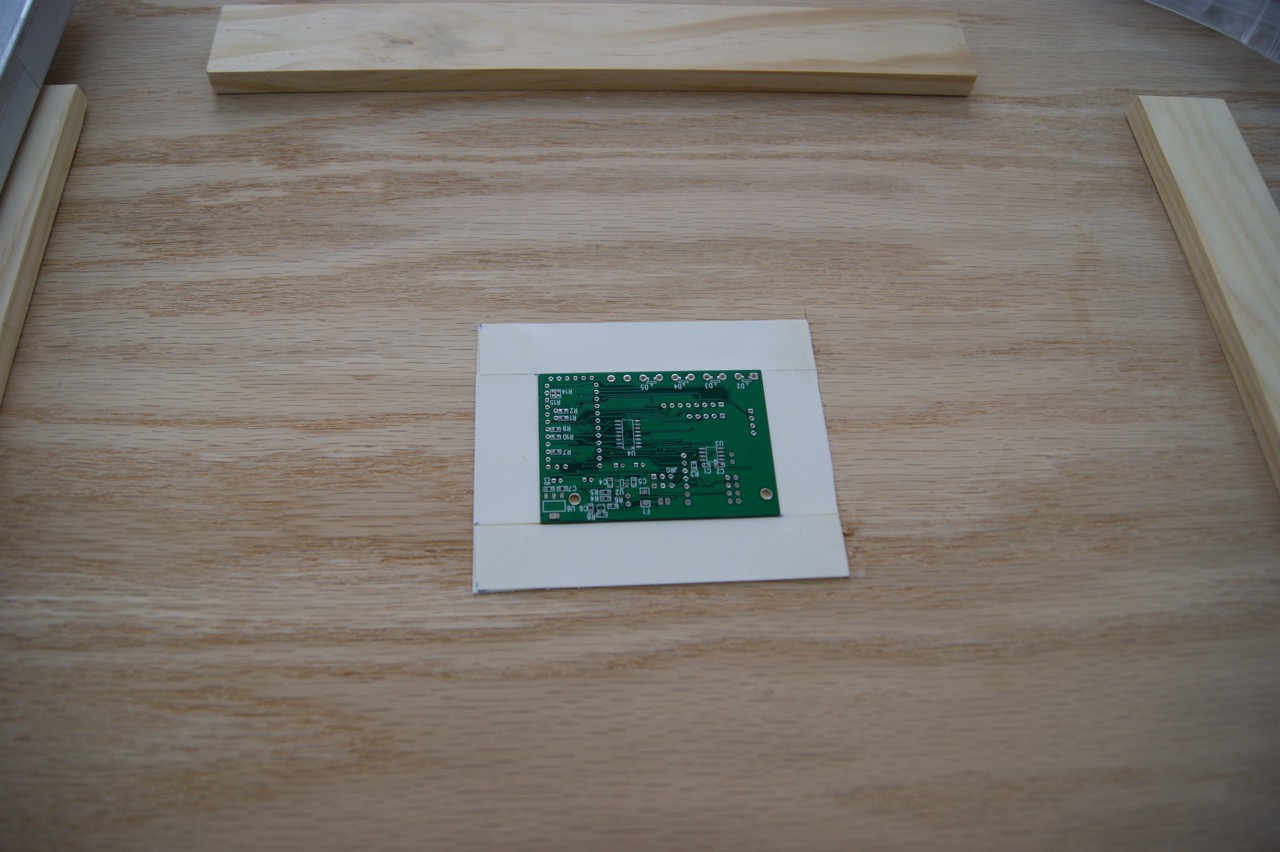 For first tests, I used low temperature lead free solder paste, and a putty knife to apply the solder paste. One single pass should be enough. 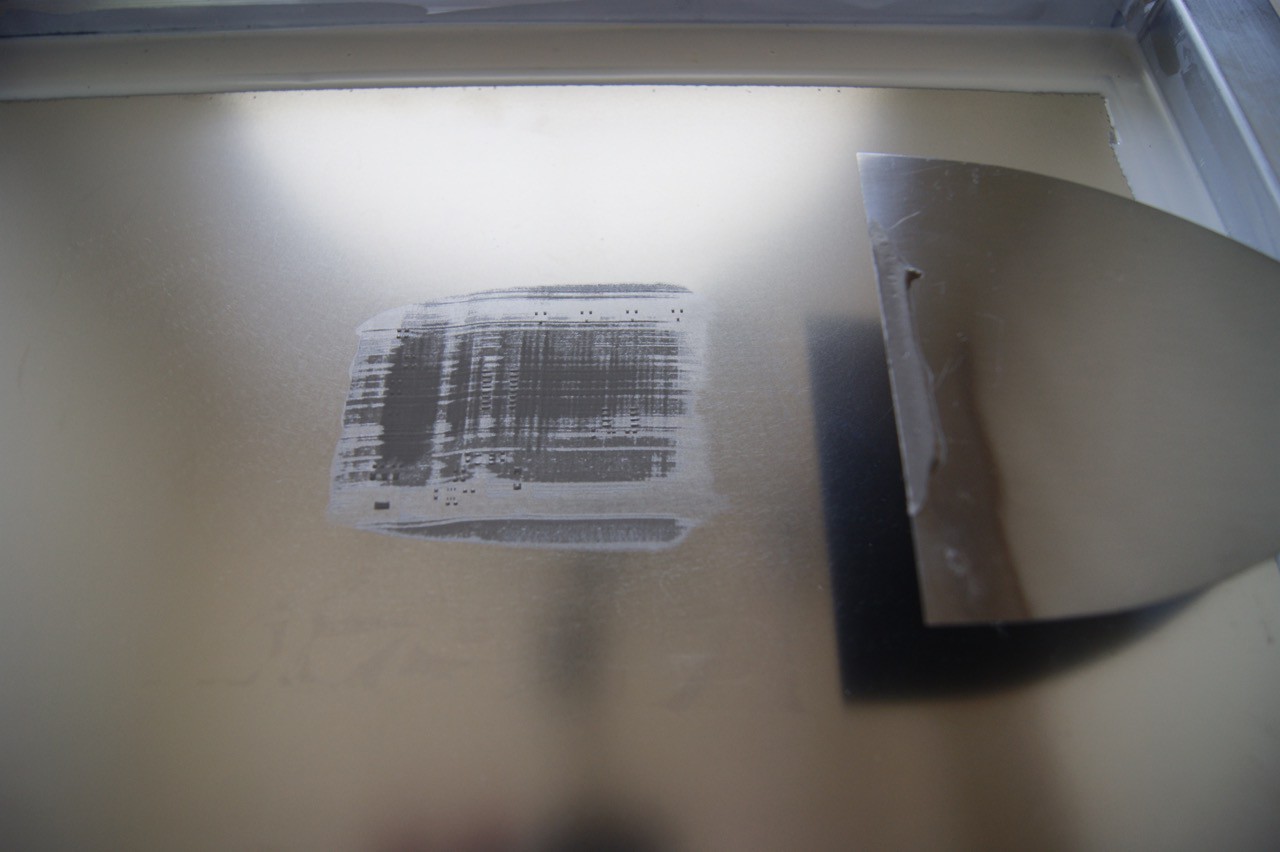 The method gets me good solder paste dosage, and accurate alignment. 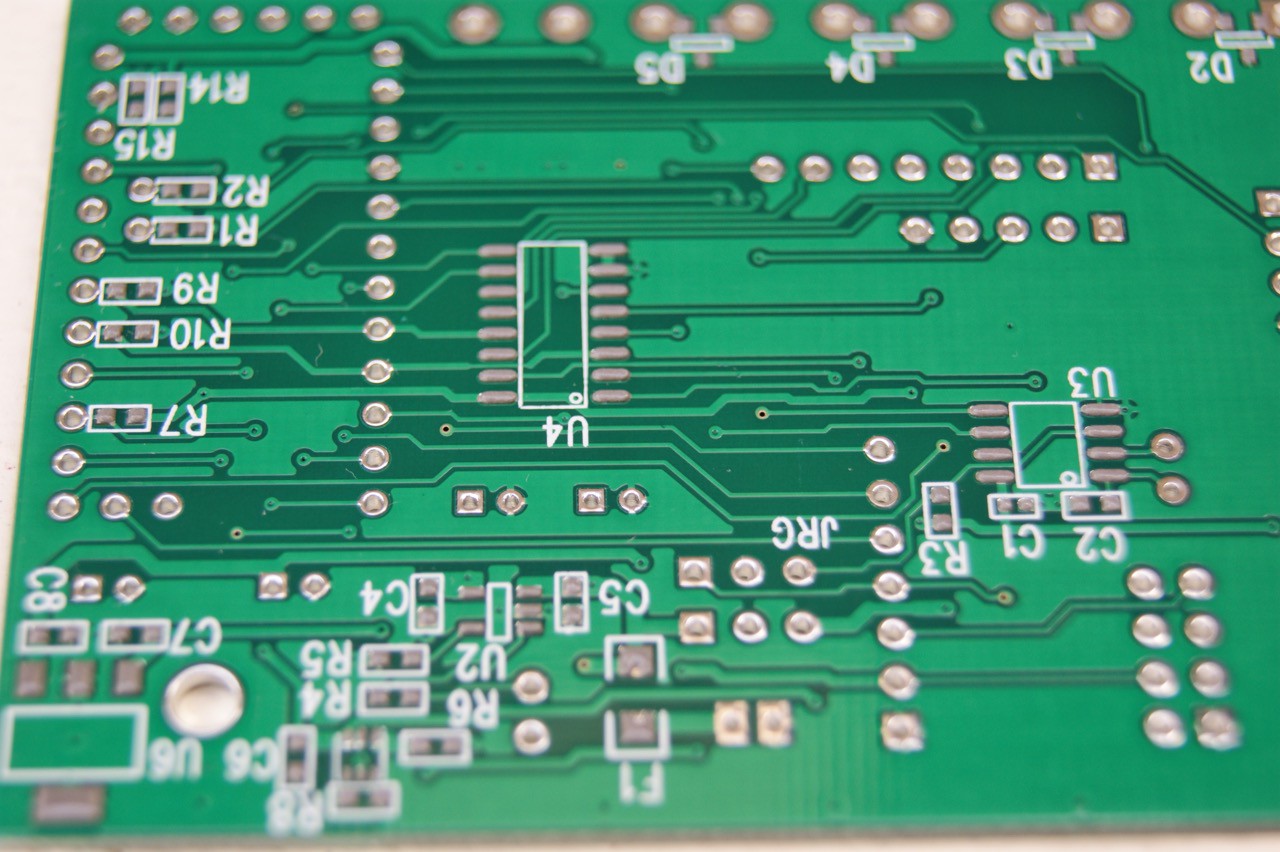 Fresh from the T962A oven, all solder pads passed visual inspection. Looks much cleaner than the manually applied solder paste build I did on the very first board.
No rework was needed.
After assembly of the top side through-hole components, all boards work as expected. 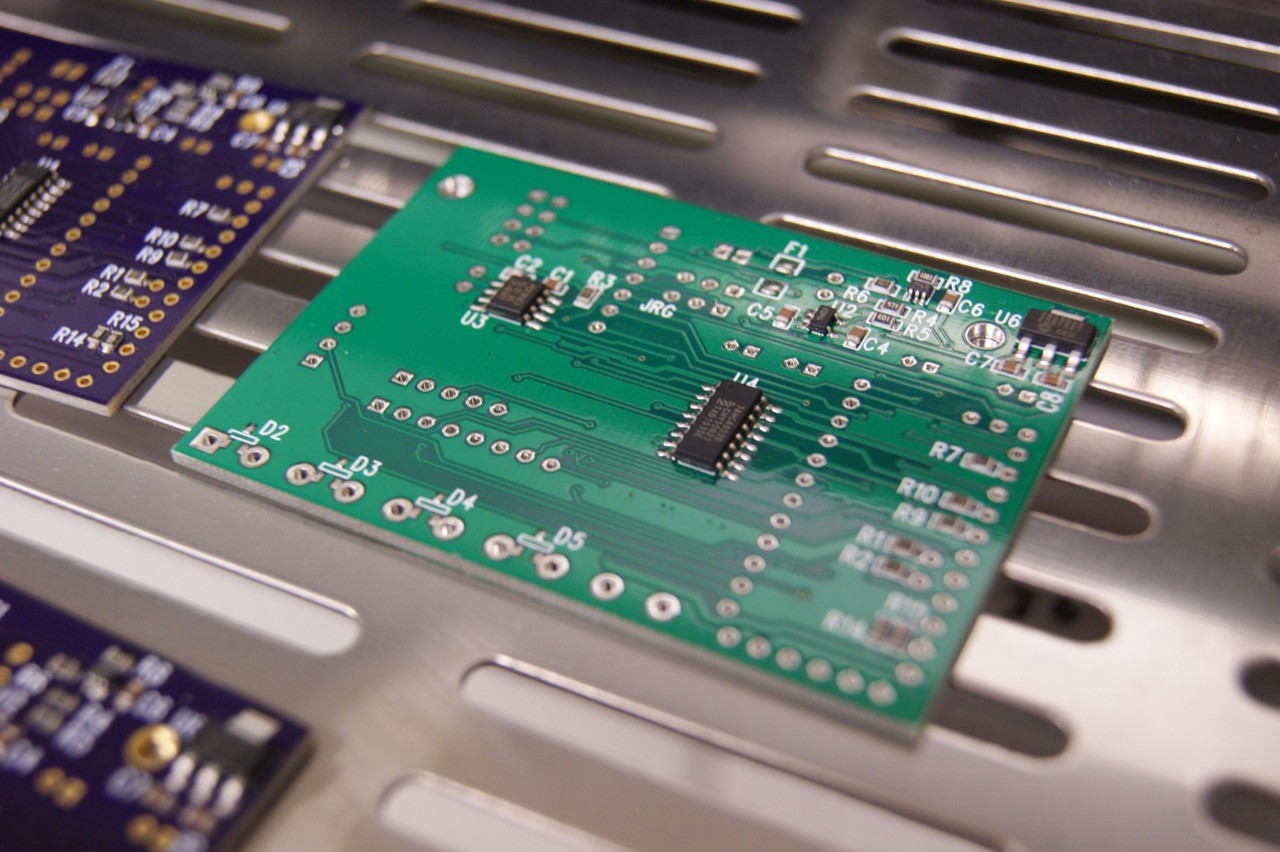 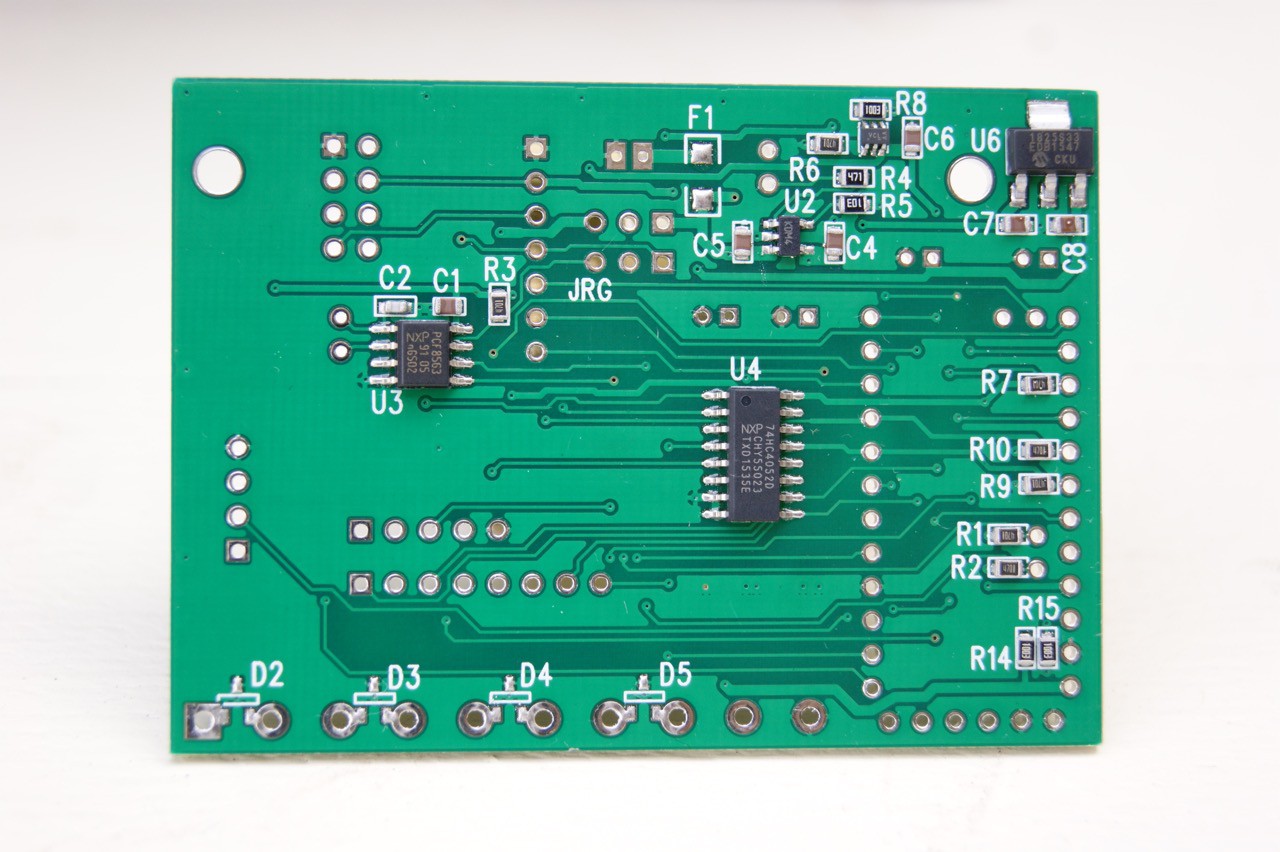 Nice idea for stencil alignment! You mentioned some stencil printers that have received good reviews. Could you share which ones, and where to buy them? Thanks :)

such a good idea for PCB houses to have a checkbox for adding a stencil, nice results!

Agree, makes total sense to add the stencil as option as you are uploading the gerbers anyway.