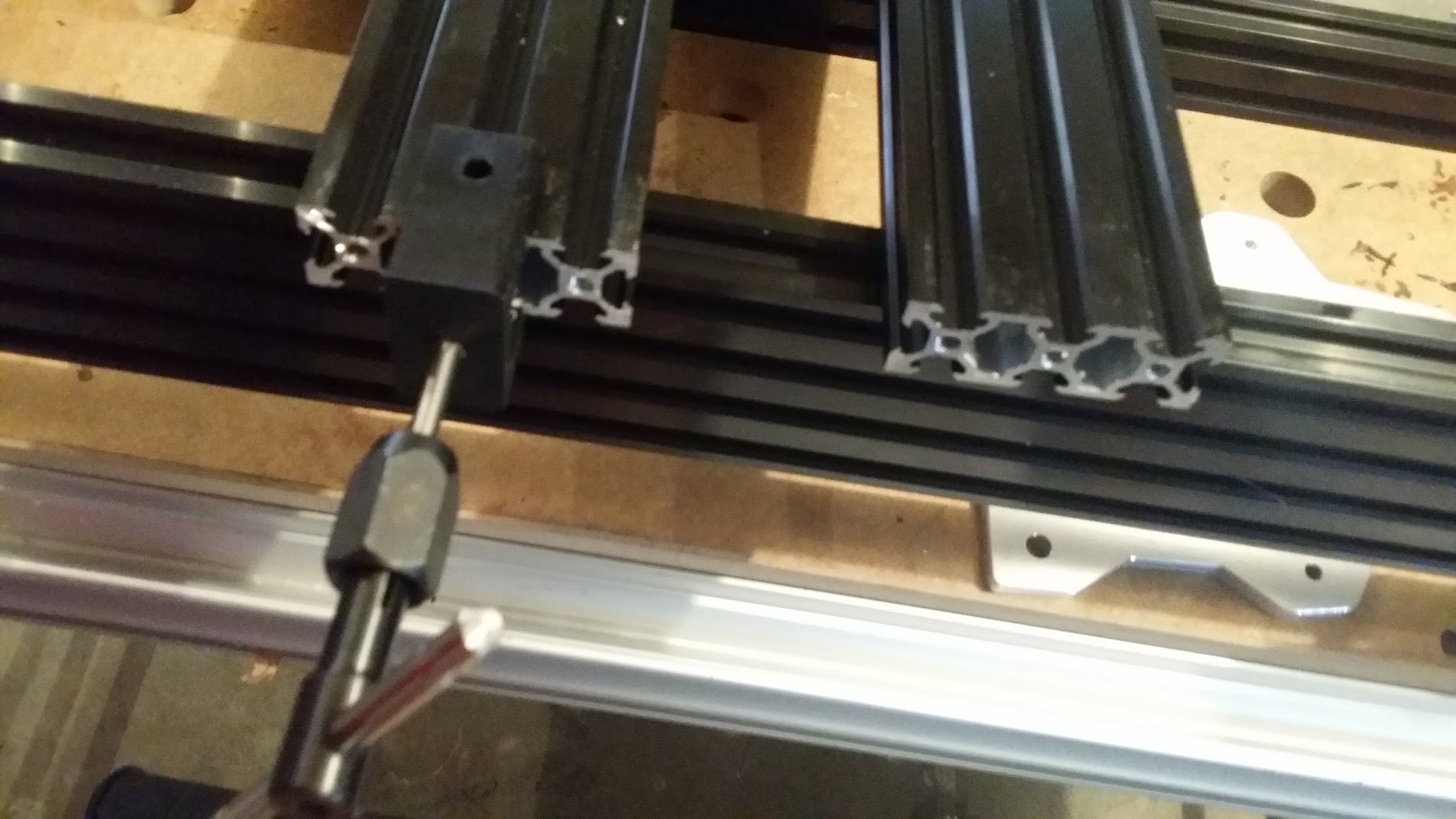 don't forget to clean up the swarf from the tapping

add two of these t nuts , into the "front" top 20x60 (and after its bolted together , i've put them in the wrong place here, they should be on the front side either middle or top slot... ) 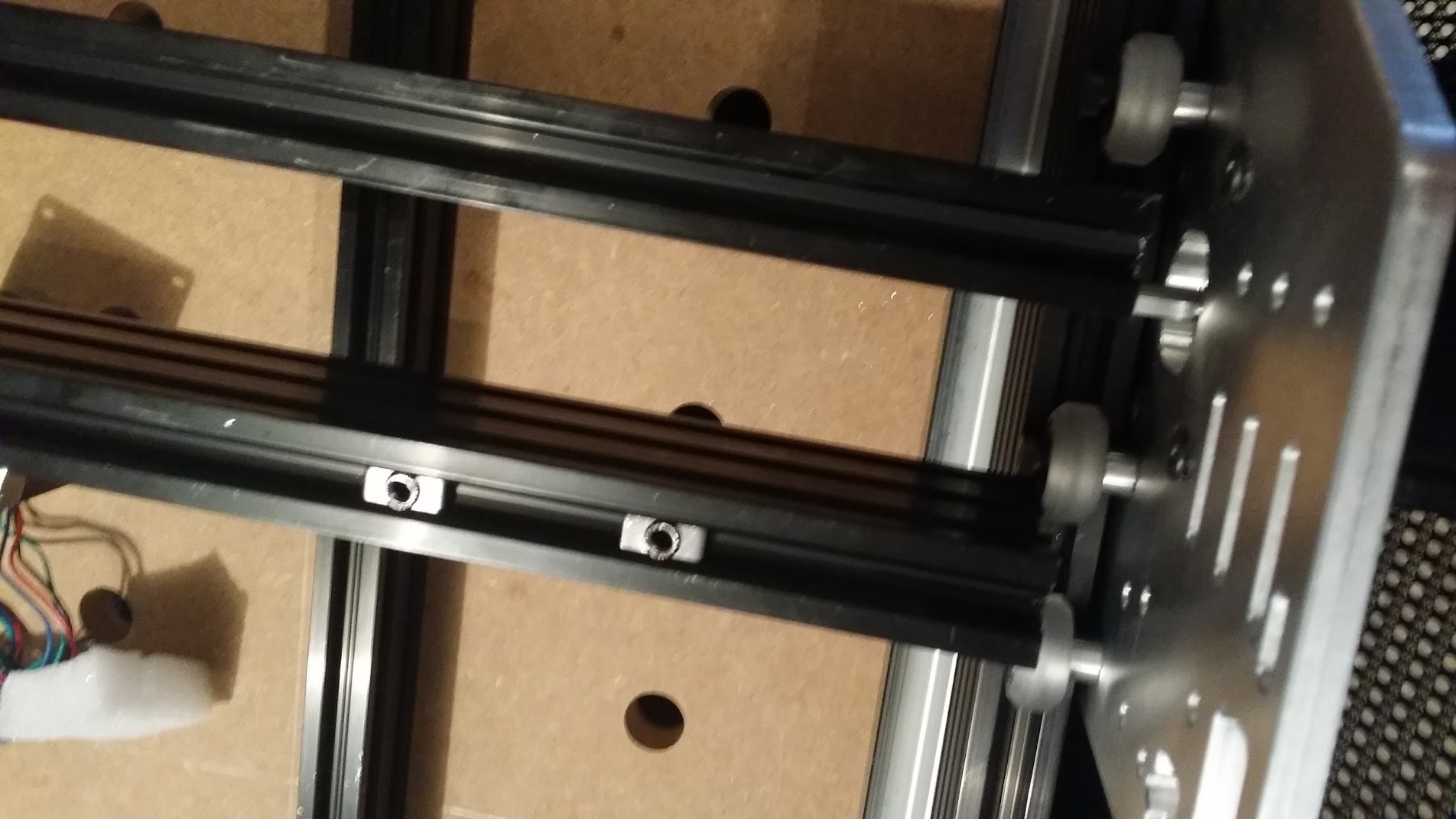 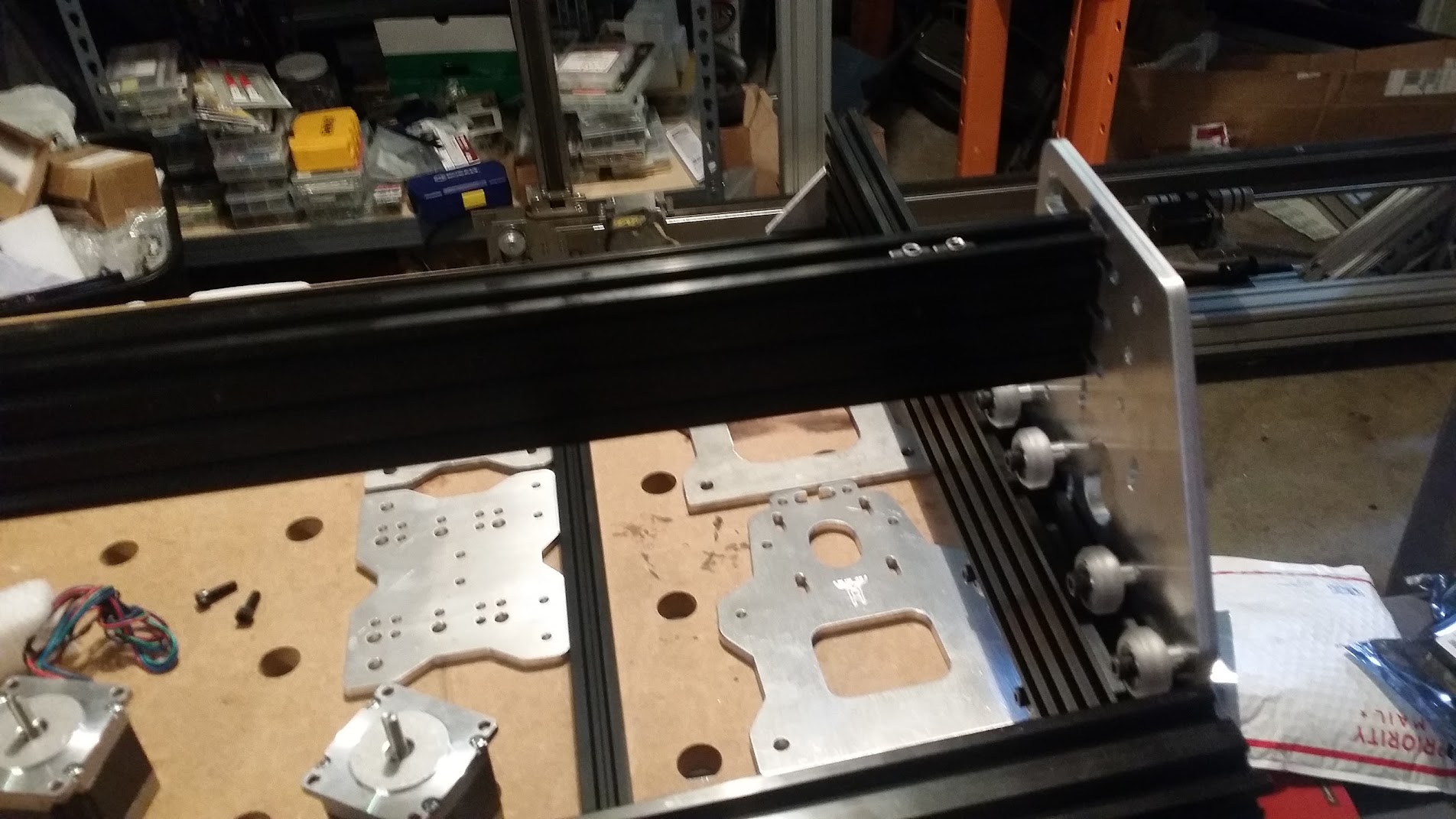 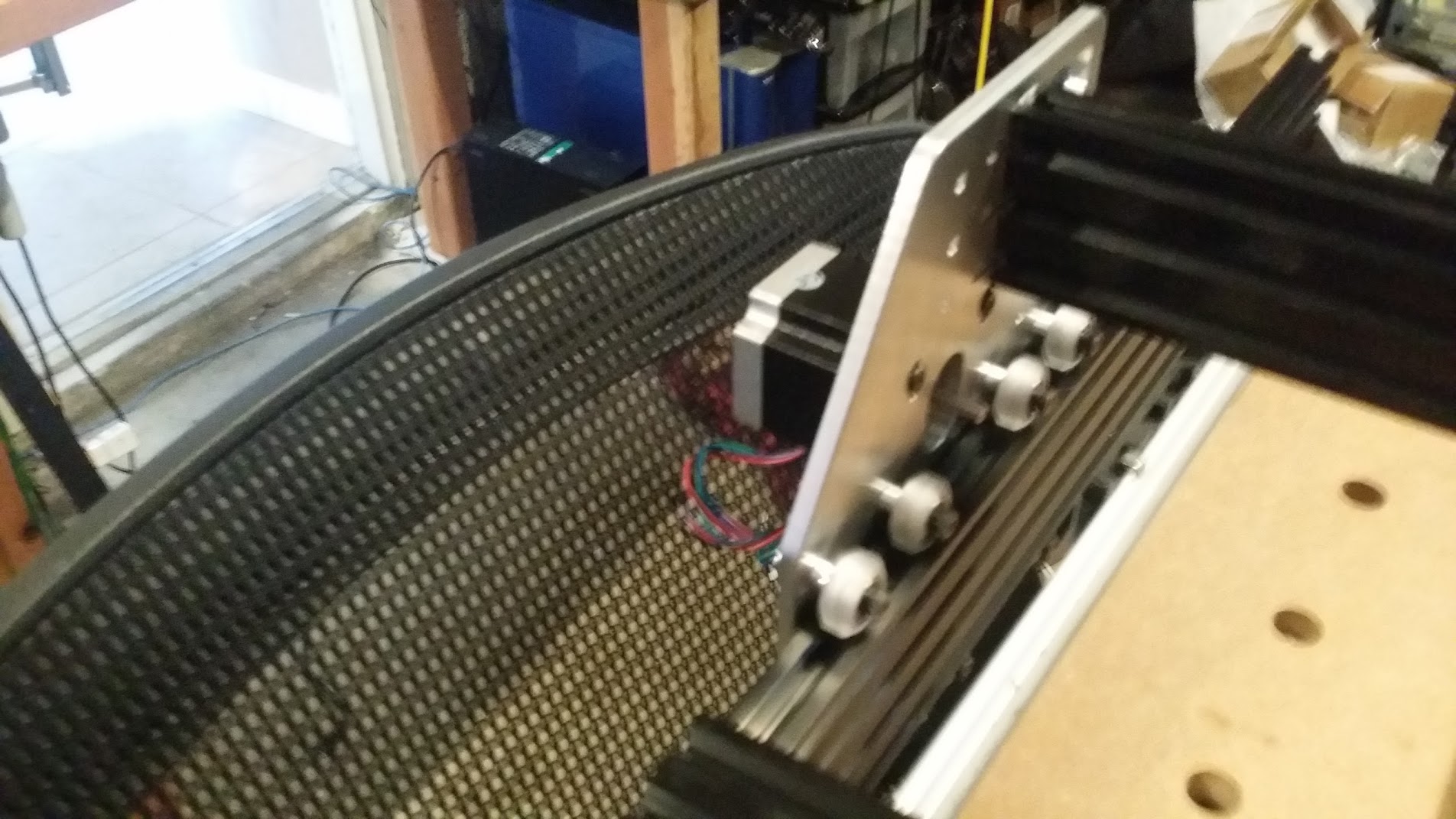 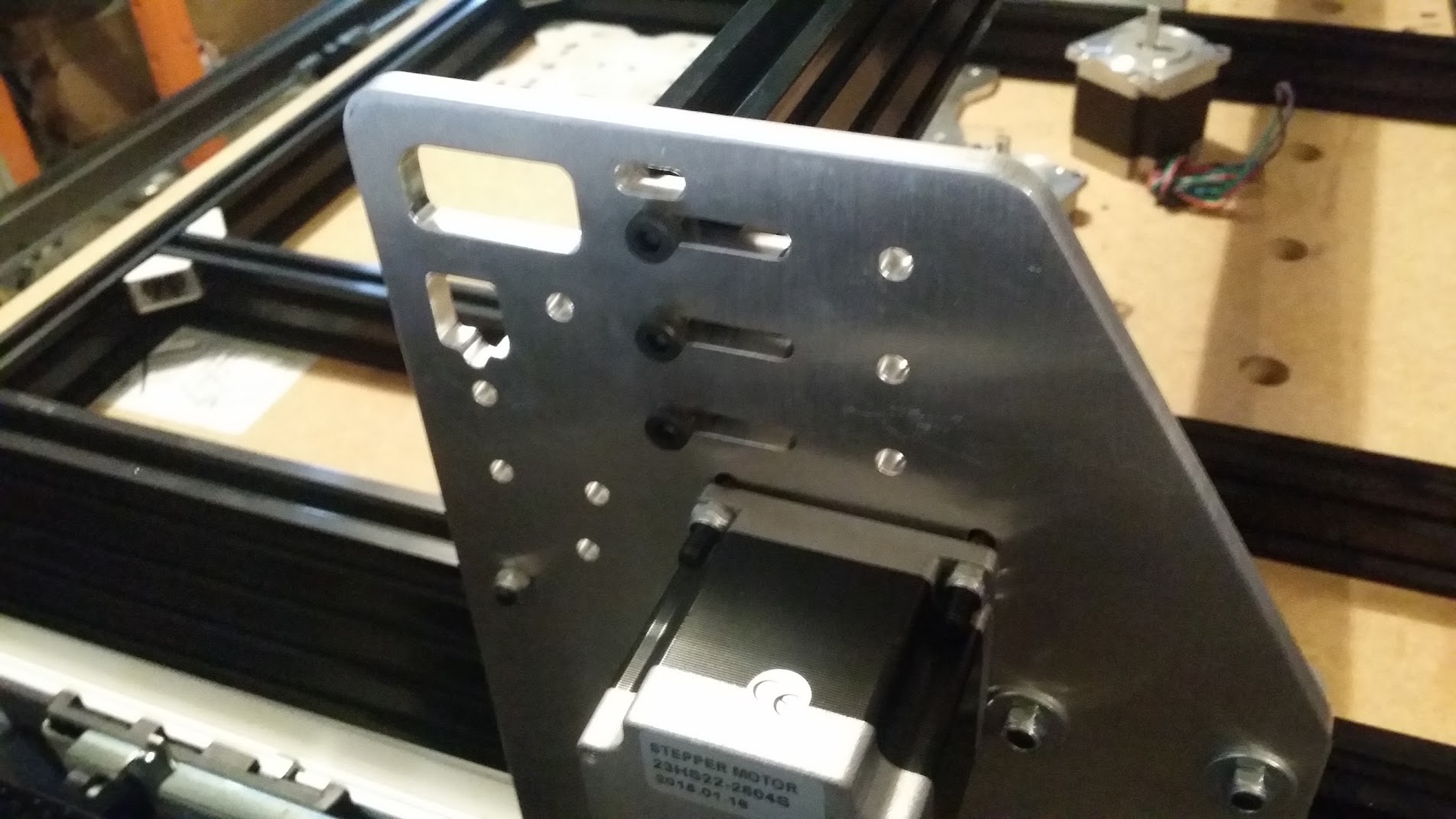 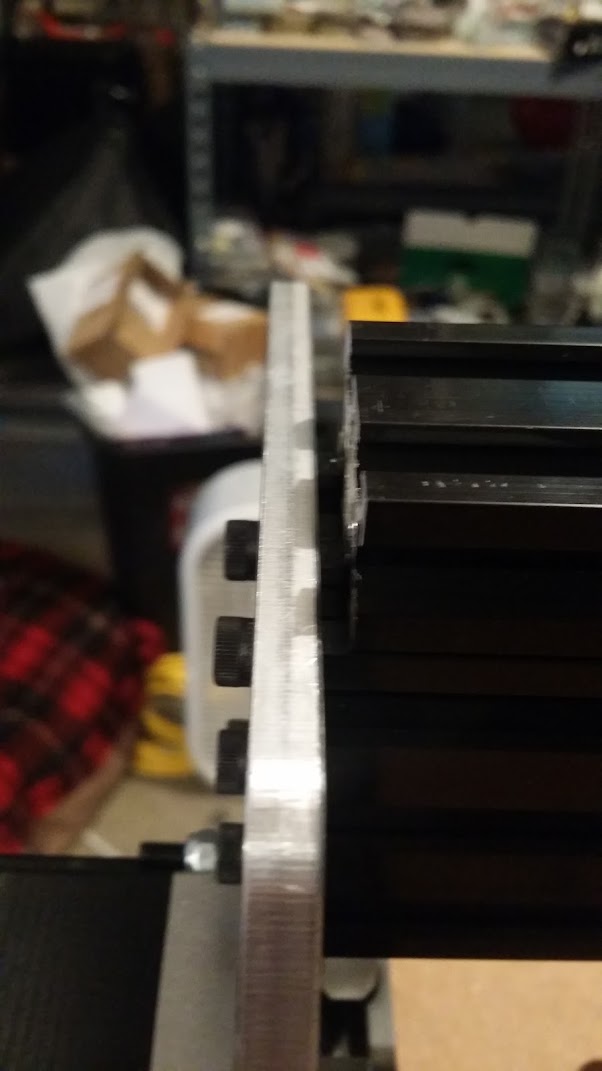 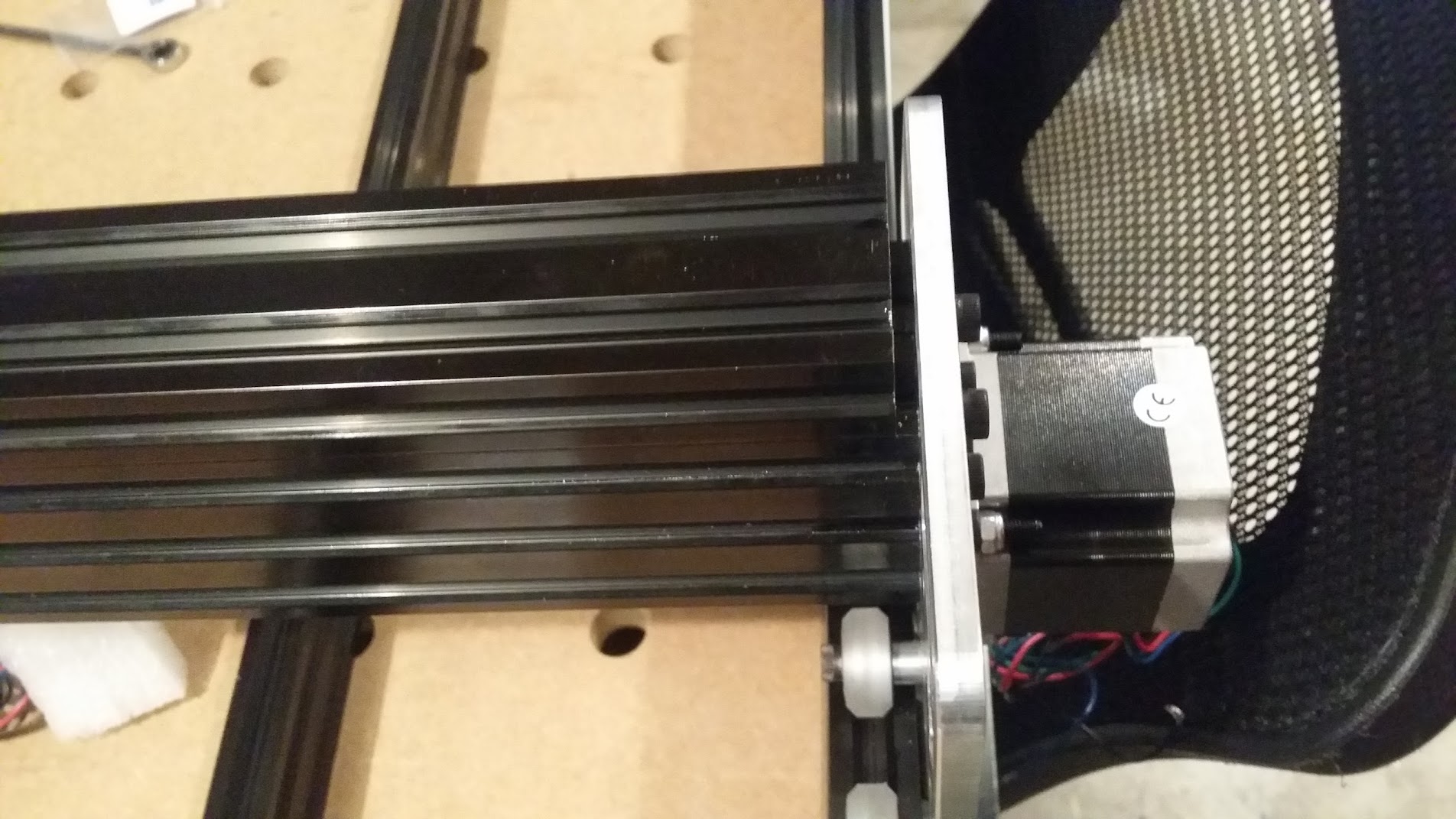 not sure what to do about that i'll measure the plates and see if they're square vertically, if not the 20x60's are too long, if they are square and riding the v slots correctly then the 20x40 is too short.. also switching on phones "smart stabilisation" feature !

much better, but now i realise the two t nuts are in the wrong slot, the picture in the manual is rotated.. so it wants them in the vertical top slot at the front to mate with a right angle bracket, and not on the top.... i thought it was showing me all three together, the manual is a phgotocopy or poor printer so its hard to see some of the detail, he says. 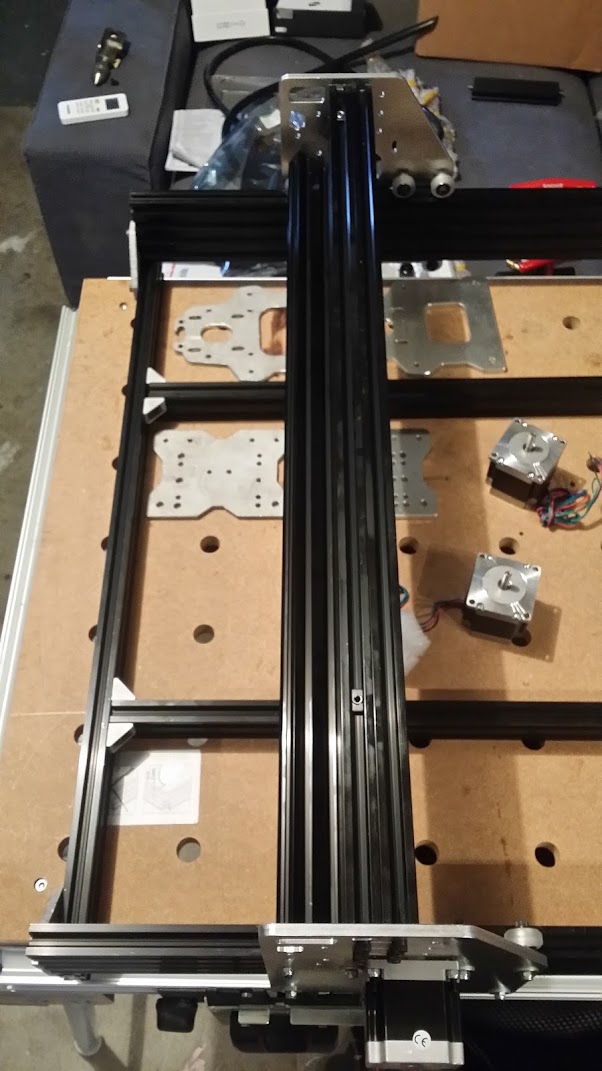 handily there is a slot cut in the side to allow me to remove the t nuts, but not so handily no such slot on the place its meant to go. 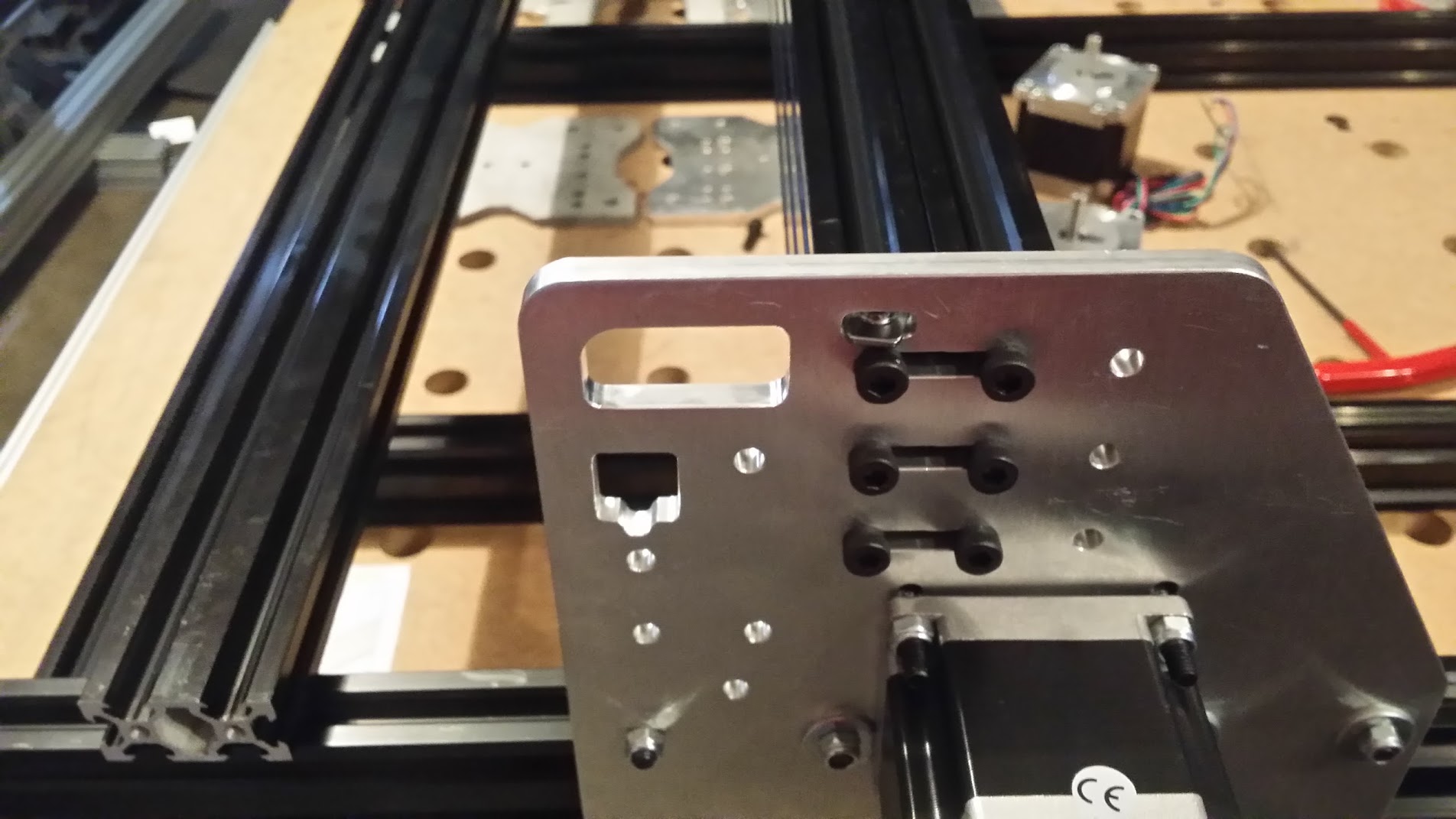 ground down the tabs on the 90 brackets. 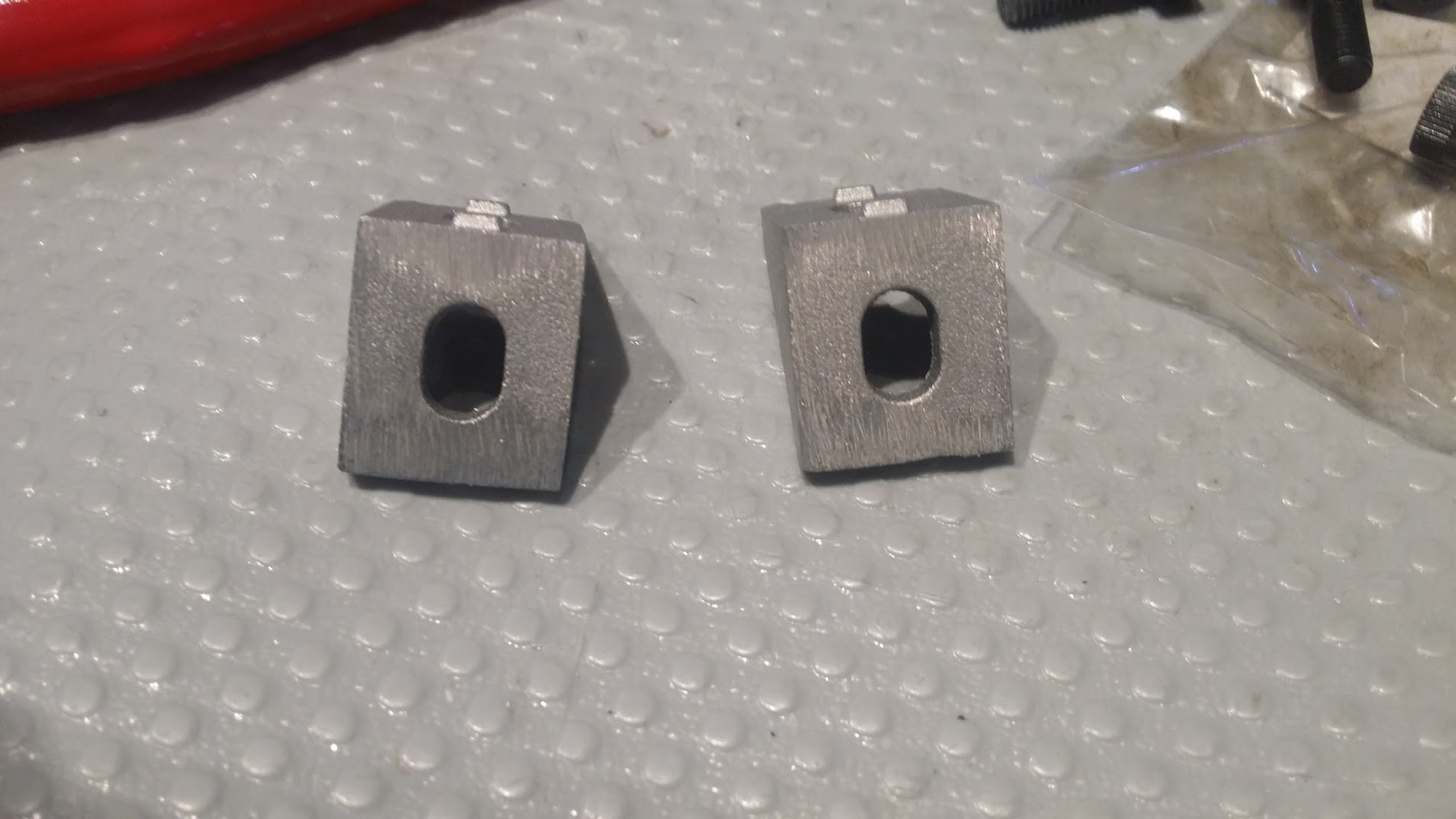 and mounted, in the middle as Dave suggested. 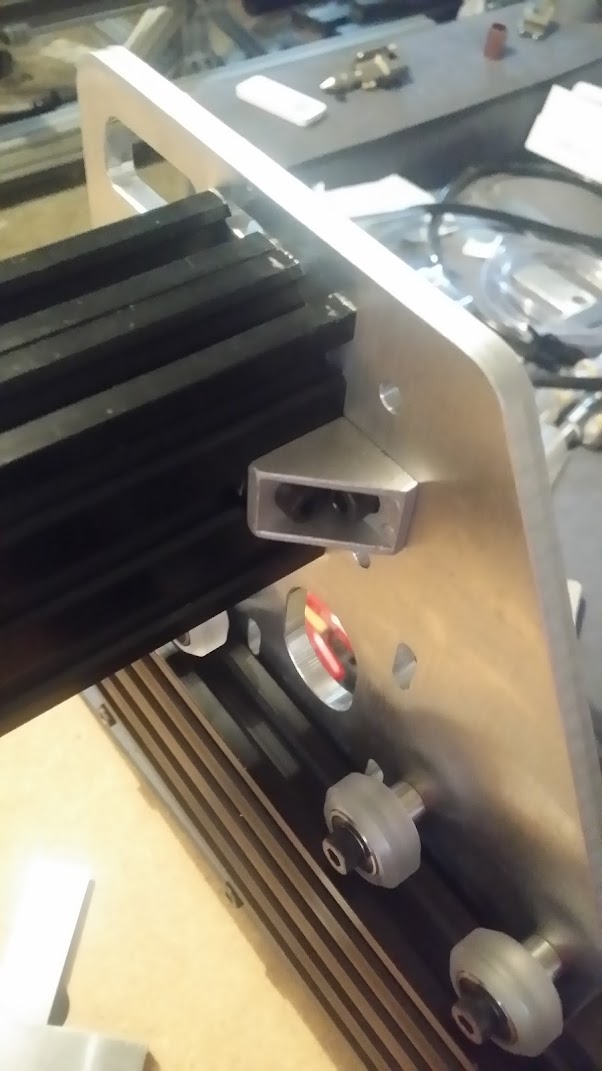 next i'll go over and resquare things, the lengths of the beams definitely aren't great, they're off by a lot in key places, luckily i should have some spare misumi/80/20 lying around. 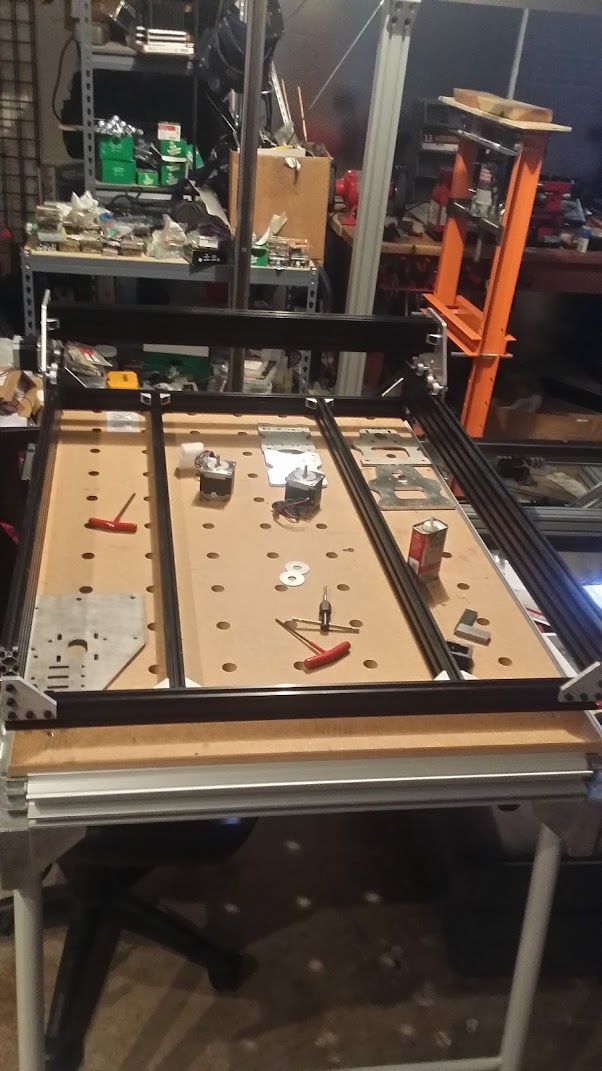 motor, side plates and wheels