I forgot to detail the photos as much on the Z 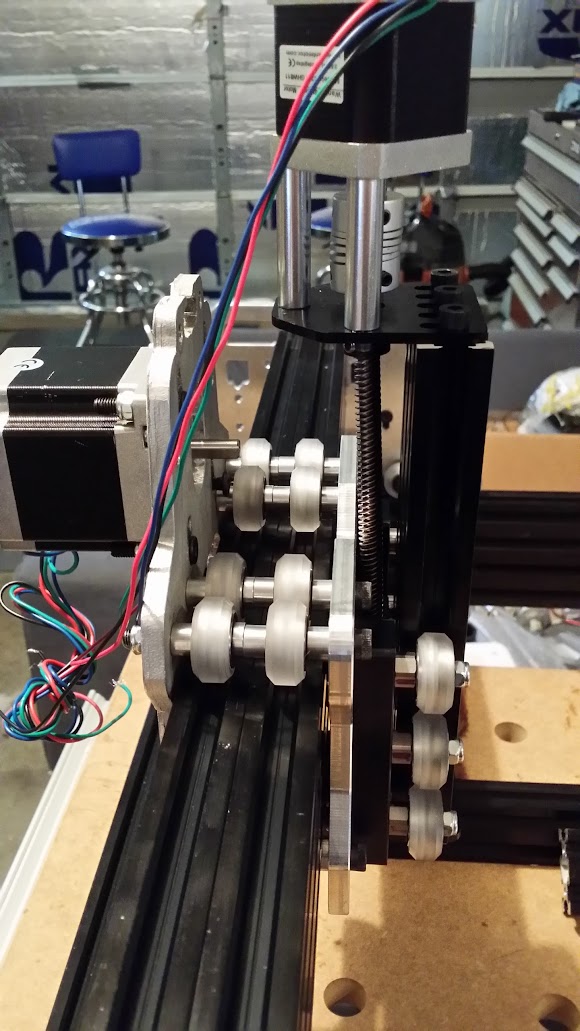 it's a pain to put together, i used a nylon block to hold up the bolts protruding on the lower side of the gantry, then it popped into the hole. 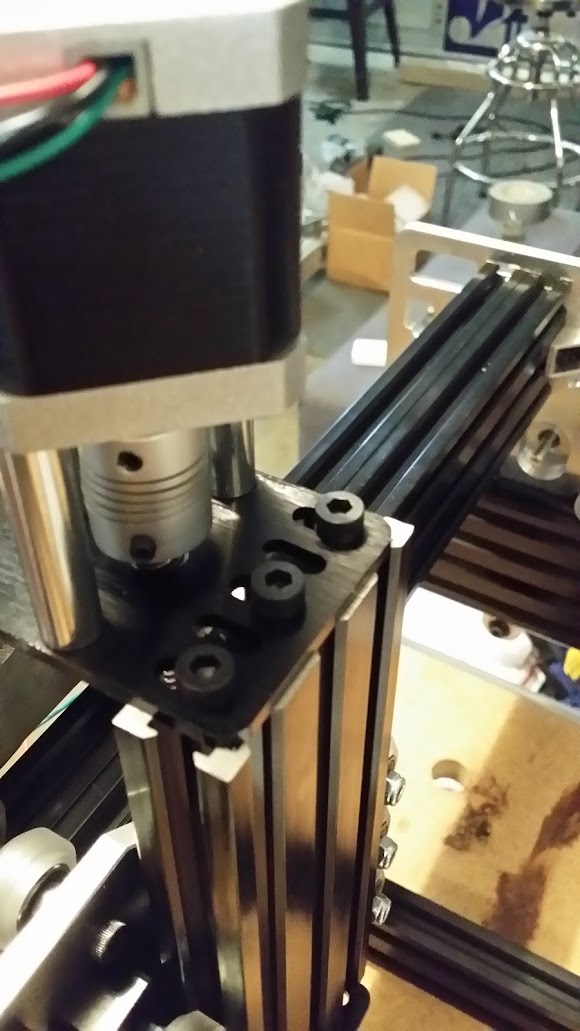 added the z column, it was tought to move up and down but i'd forgotten to go back and let it all settle in place, the bearings are cheap and one of the sides was missing on one, so i'll come back and replace those.

motors are a pain to mount and bolt down. 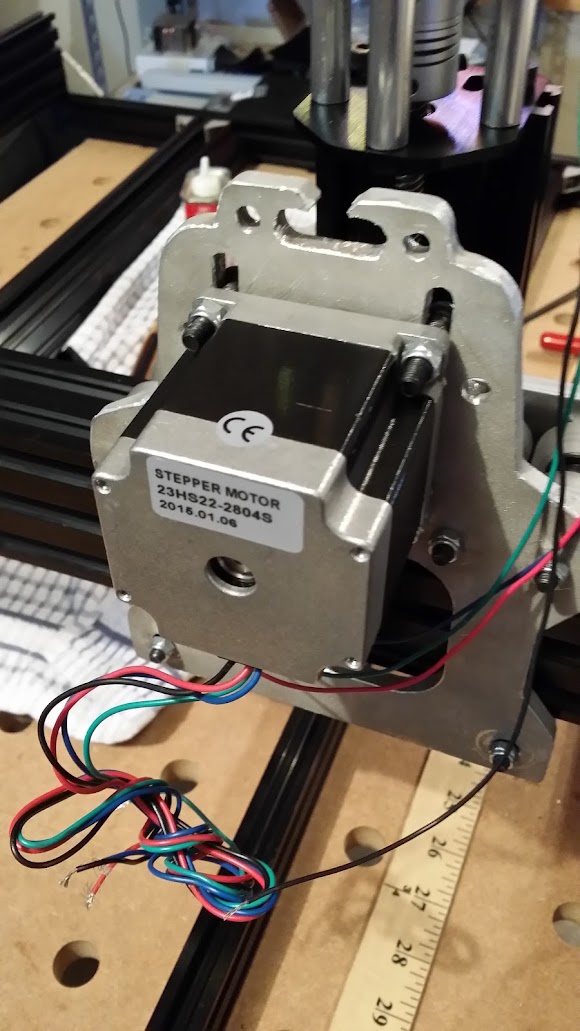 used these to bolt down the tracks 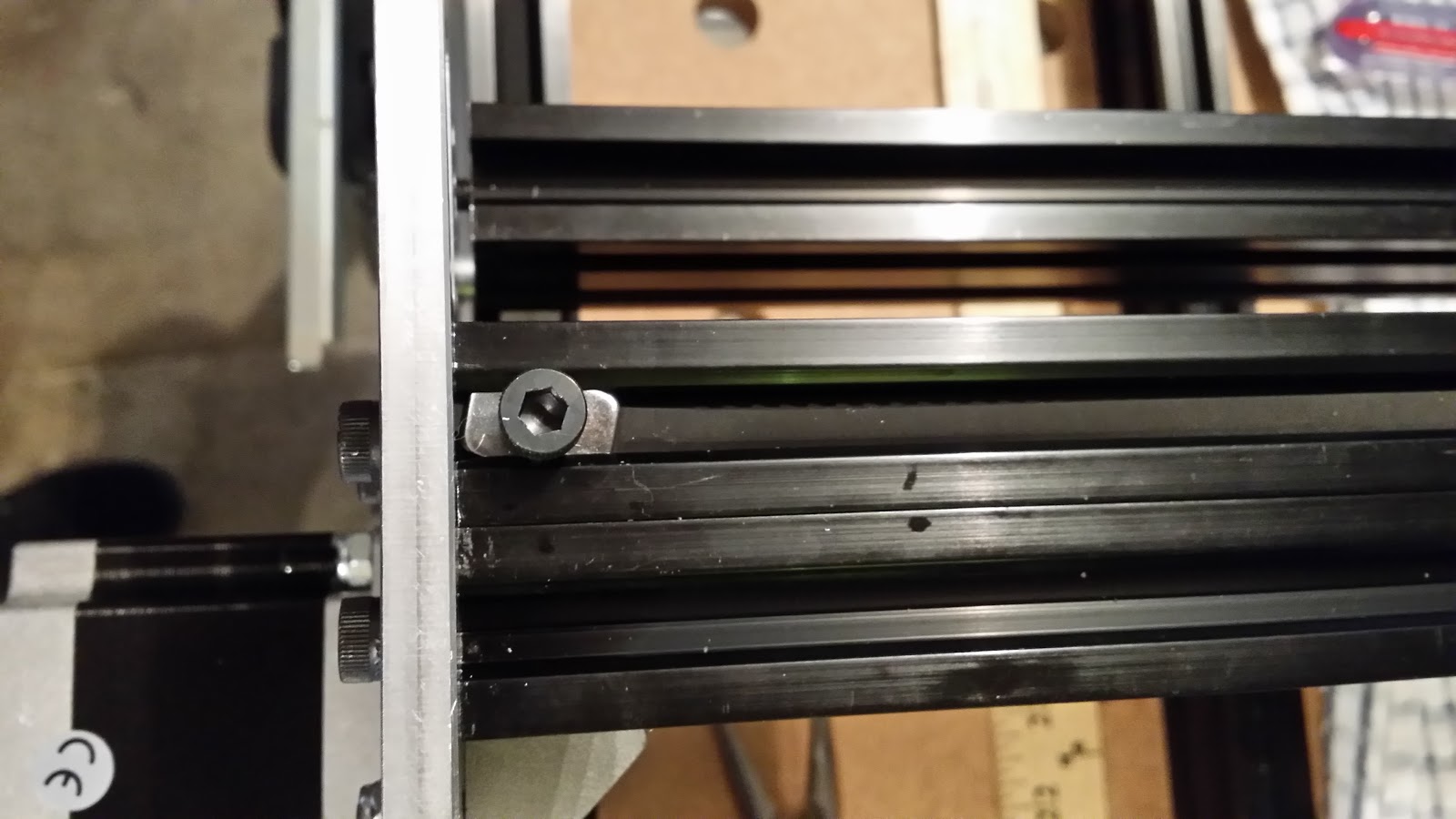 looped over the motor and straightened it out 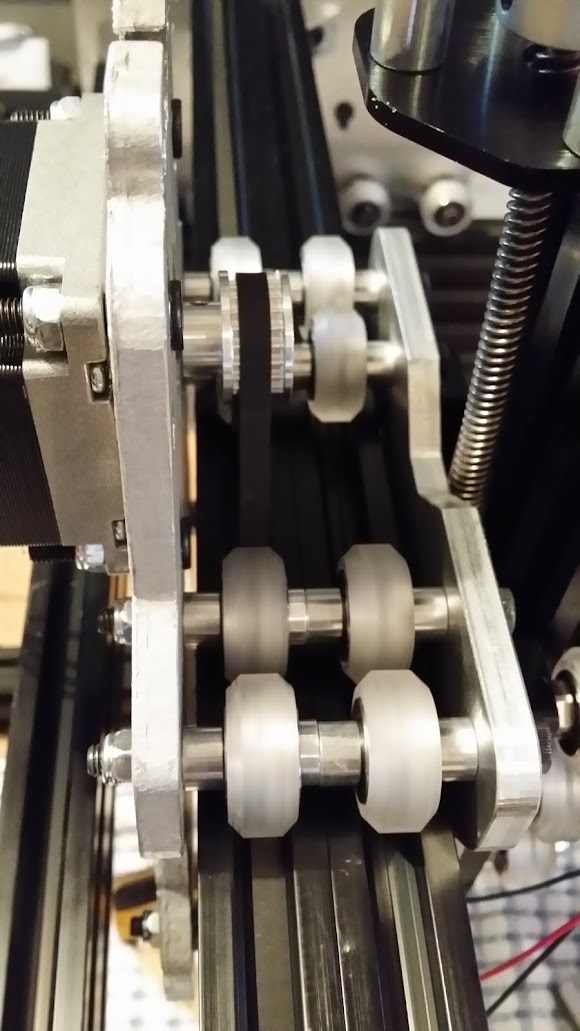 the belts have a habit of wanting to go diagonally since when you screw them down the bolt twists the track. so move it around so it doesn't bind 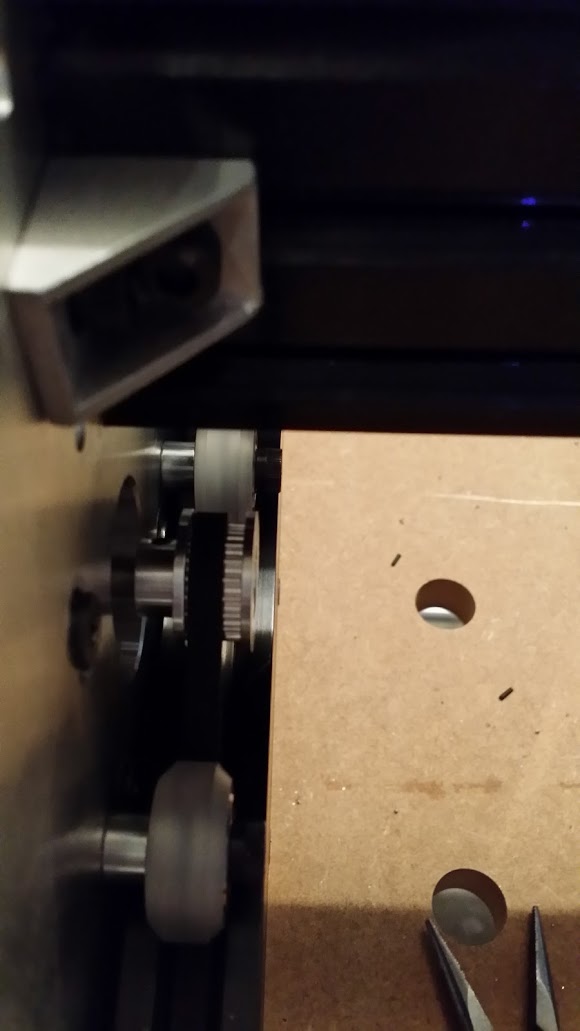 rather than file one of the insert able t nuts, i used it elsewhere and took one of the flatter ones. 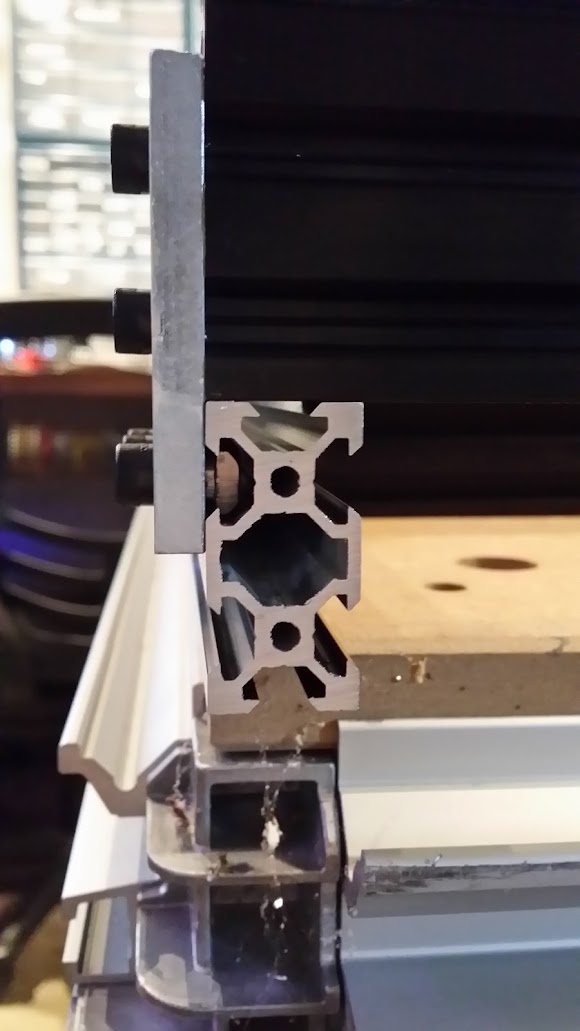 replaced one of the frame mounts. 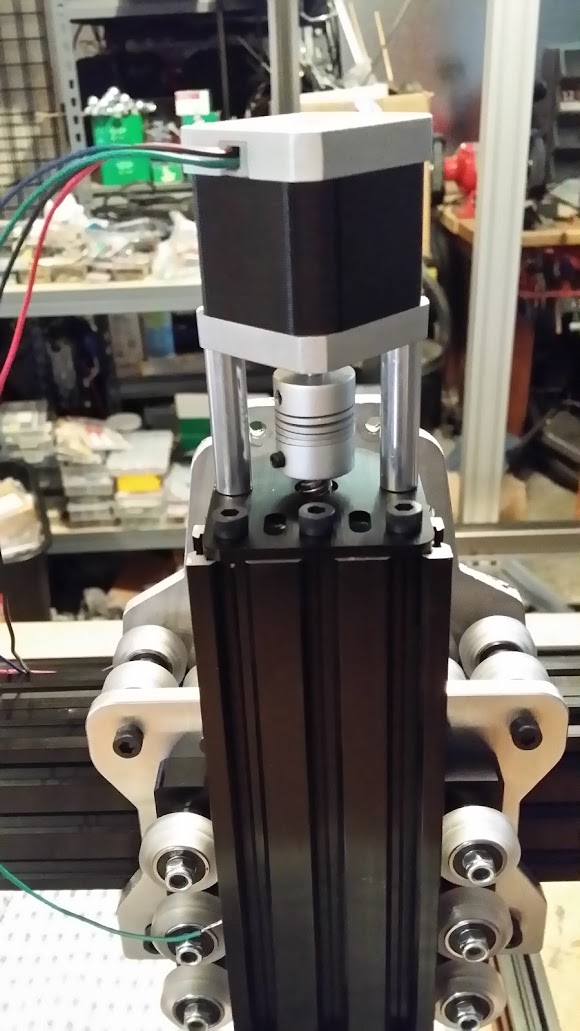 shim's for that cross bracket on the gantry, it's way off and i have a box of these crazy expensive stainless steel shims that i thought, i'll never need ones these big.. guess again.. 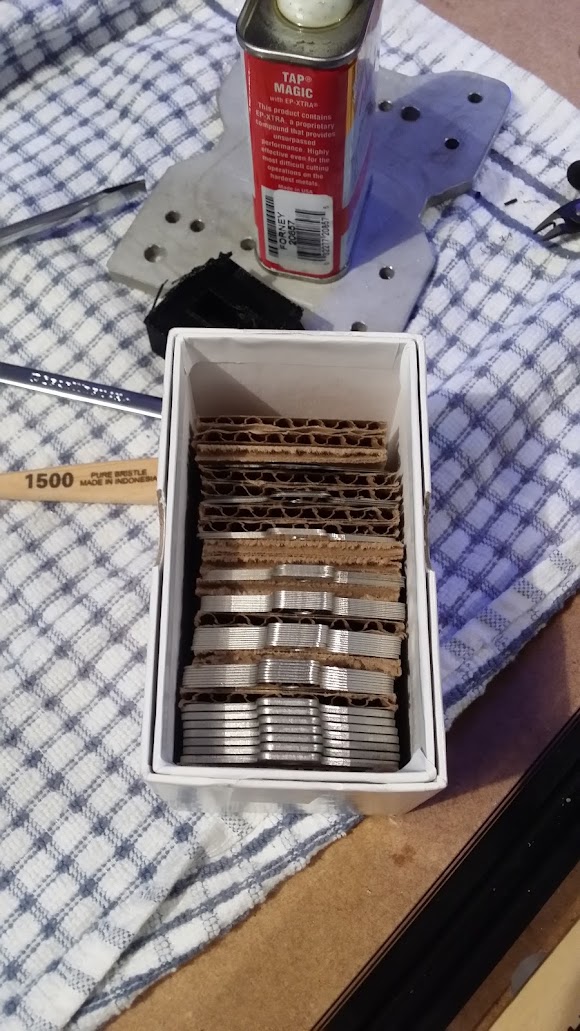 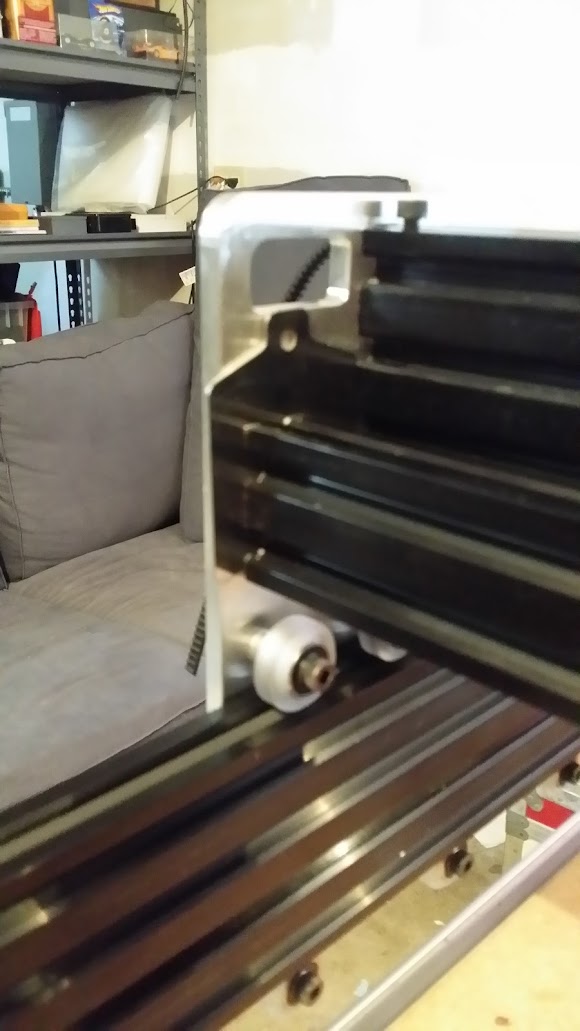 wiring up for testing 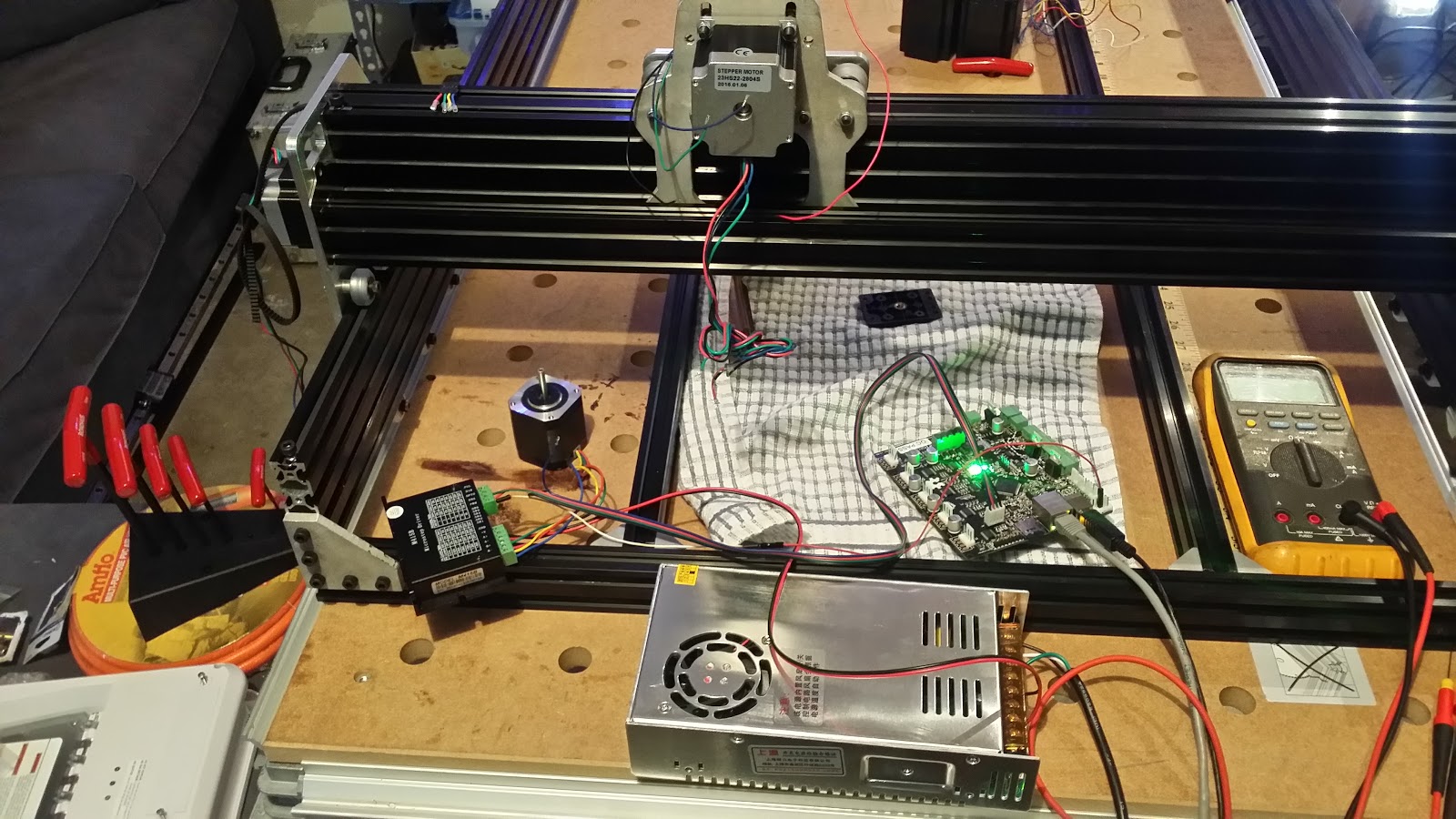 smooothieboard v5, the smoothieboard is only 2A which is enough to test with, but i had a 2.5A driver lying around so i used that instead. the Z motor wasn't playing along so i tested with another nema17 i had lying around so that i had the configuration right, i cloned my laser config and it was too aggressive, it has three phase hybrid steppers that are nicer. i'm using the smoothie as a very expensive step/dir, but i much prefer using Ethernet instead of USB serial/etc

wiring up motors is mostly straightforward, especially for 4 wires, measure the pairs til you get an ohm reading, that's a pair, connect them up if it moves, check if reversed, if reversed swap the order of each pair, if it doesn't move swap one pair around. so if red/black make it black/red. 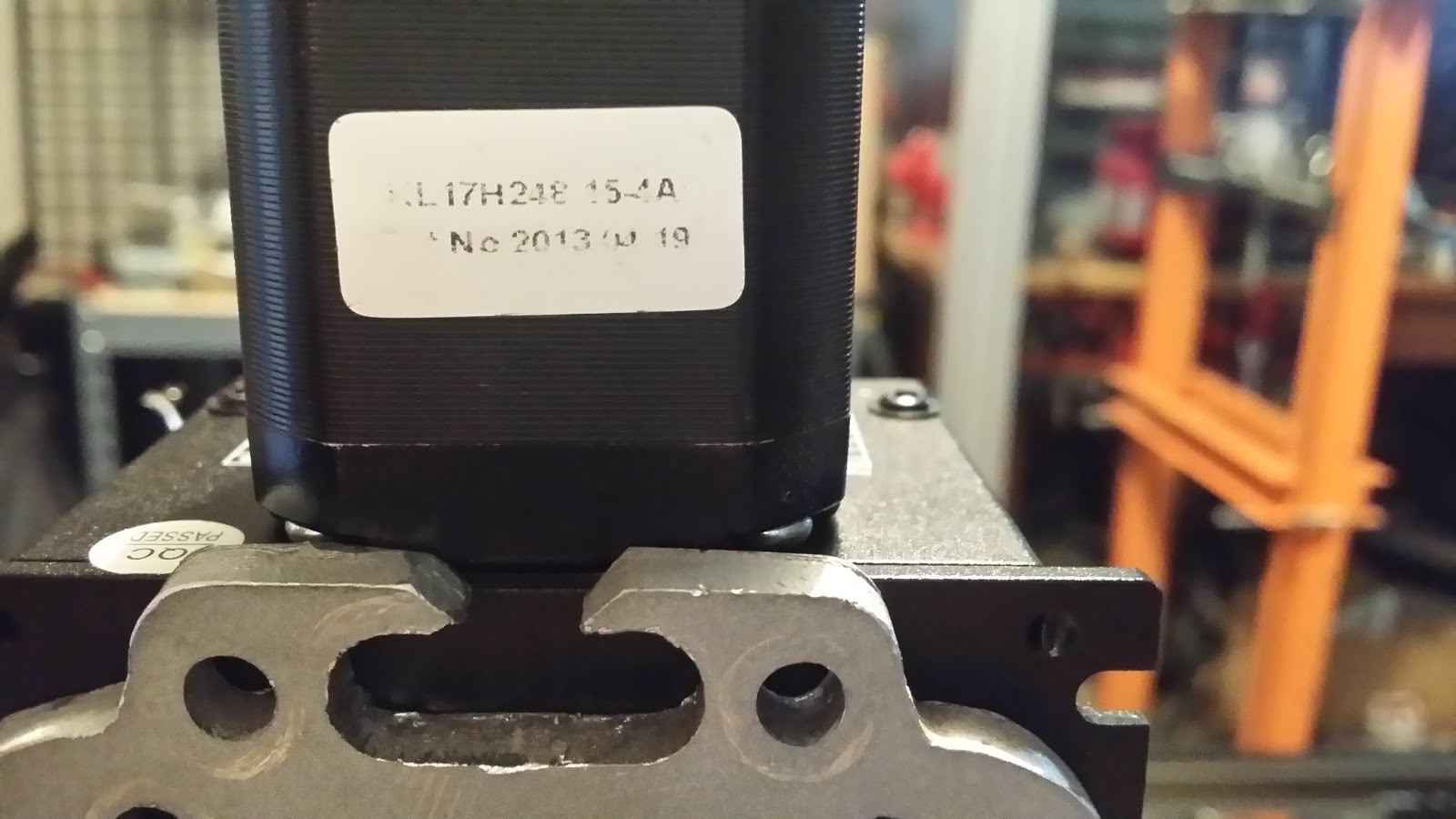 setup for testing. added power 48V to power of stepper driver, added enable to smoothieboard and inverted it in the config, use ! after the number of the pin in the alpha enable. added dir and pulse, and used enable to drive the optocoupler, i did initially run it off the 5V from the smoothieboard, but less wires this way. 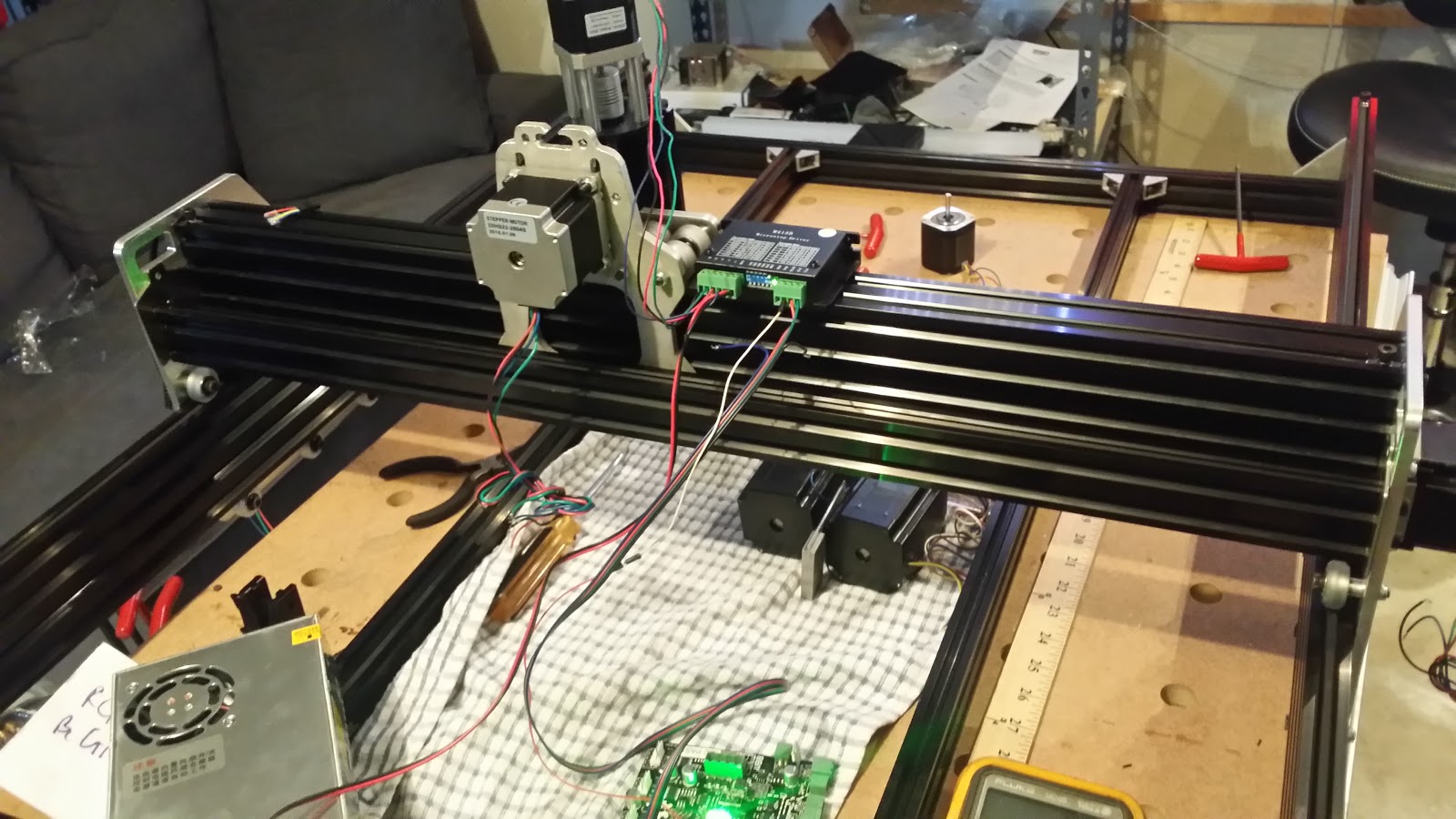 Z is moving as well, haven't wired up the double Y motors yet. need more stepper drivers, so picked those up from lightobject, i have a stack of three wire hybrid drivers, but no normal ones. The smoothie should be ok to drive it during testing though. it has a slave function where instead of chaining the Y motors, I can use two drivers, since they're only 2A... 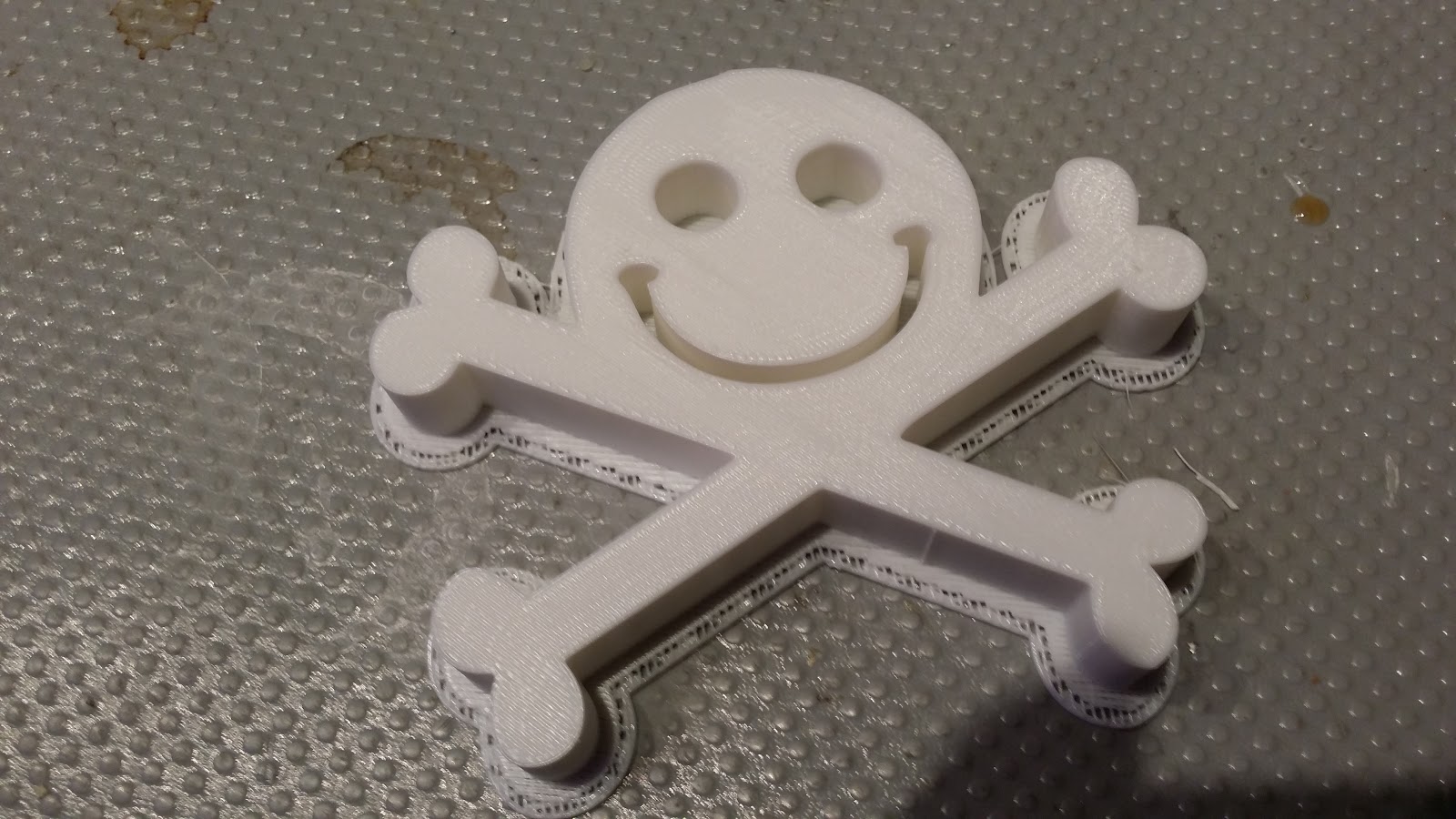 i like the section of the manual where it talks about mounting the spindle, it says it'll be short, its about 3 lines of text... the spindle mount seems to be a jubilee clip so i think we'll change that. Next part test the motor driver and "400W" spindle, see if we can get the smoothieboard to PWM it. 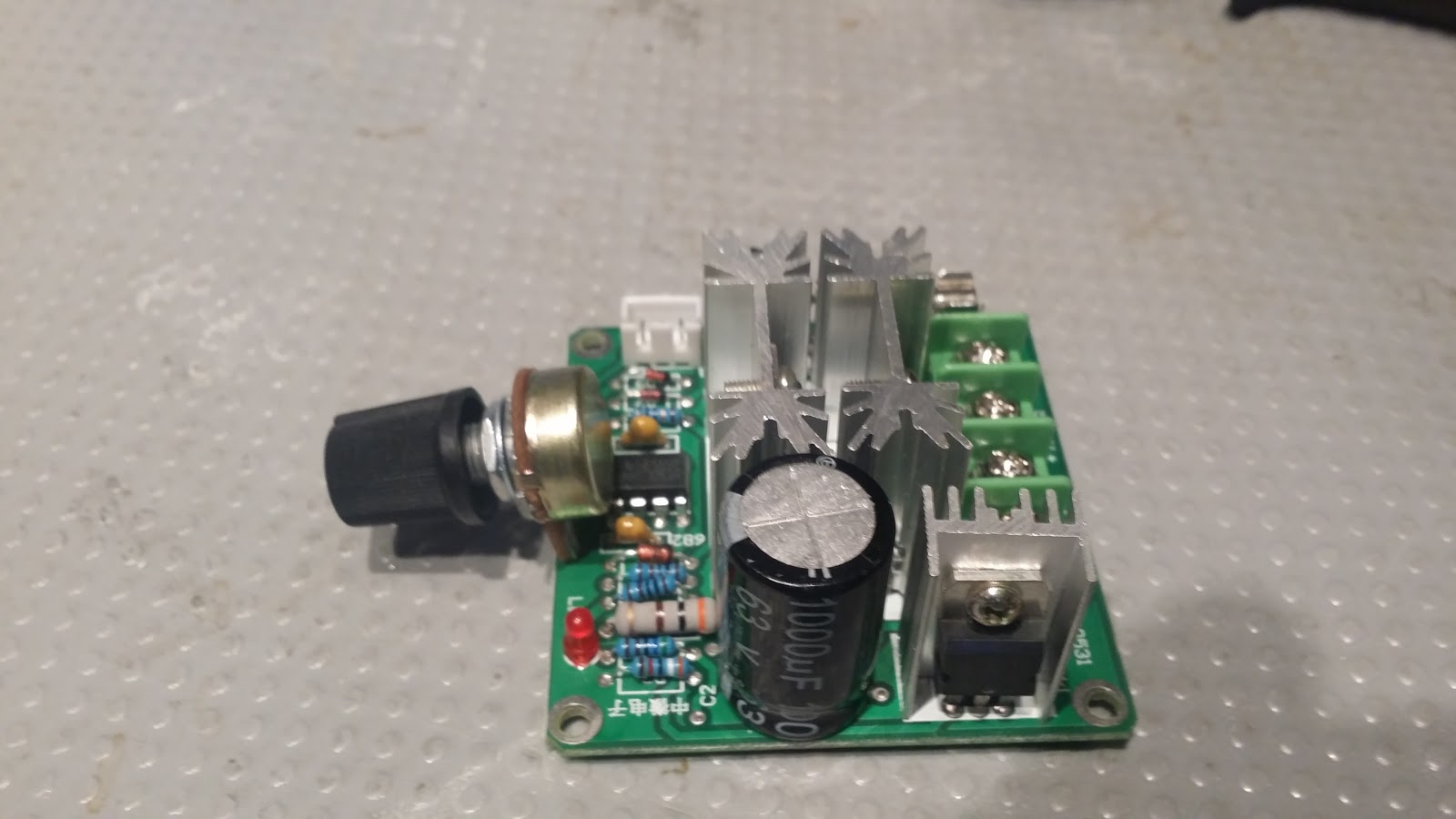 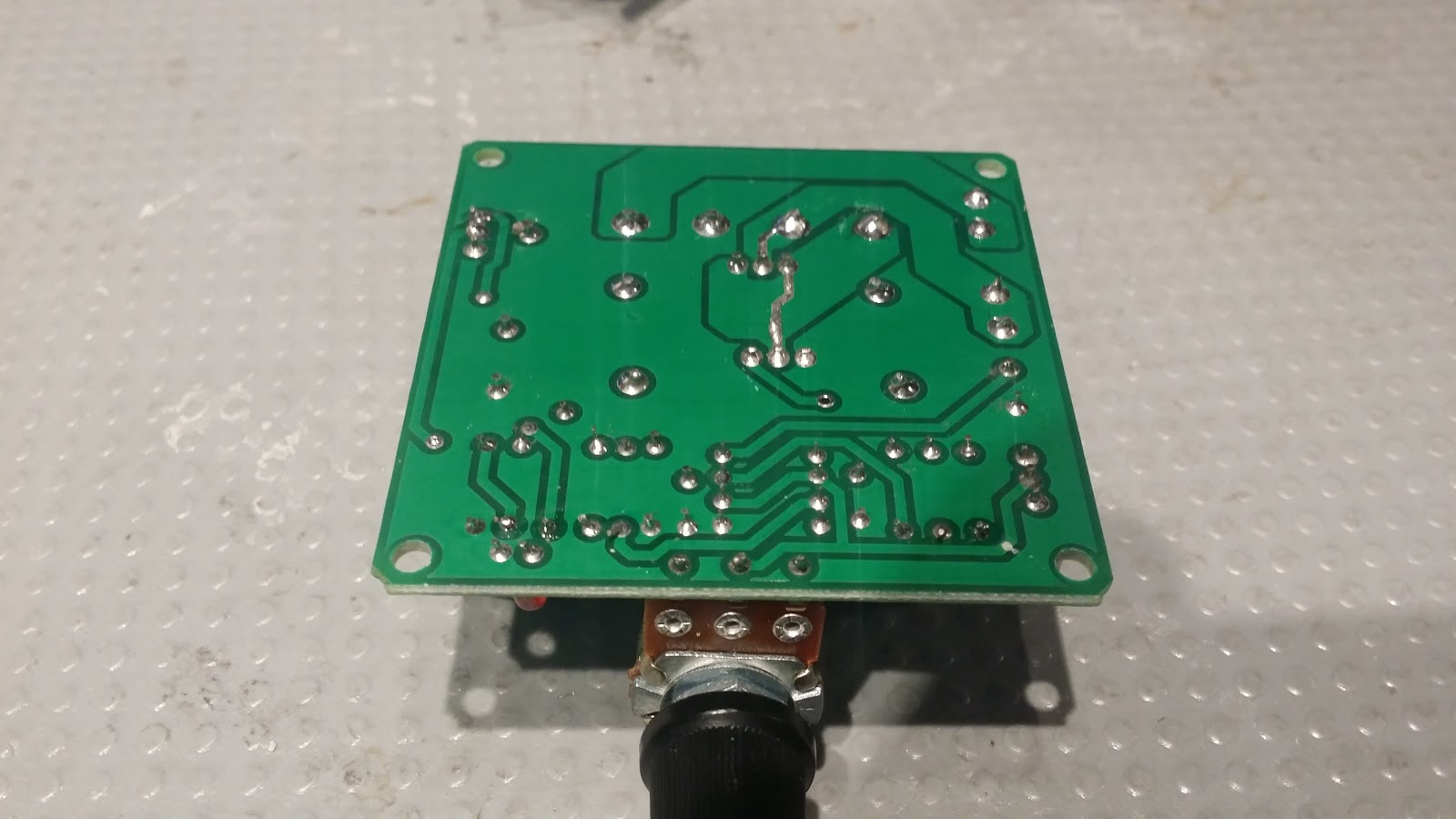 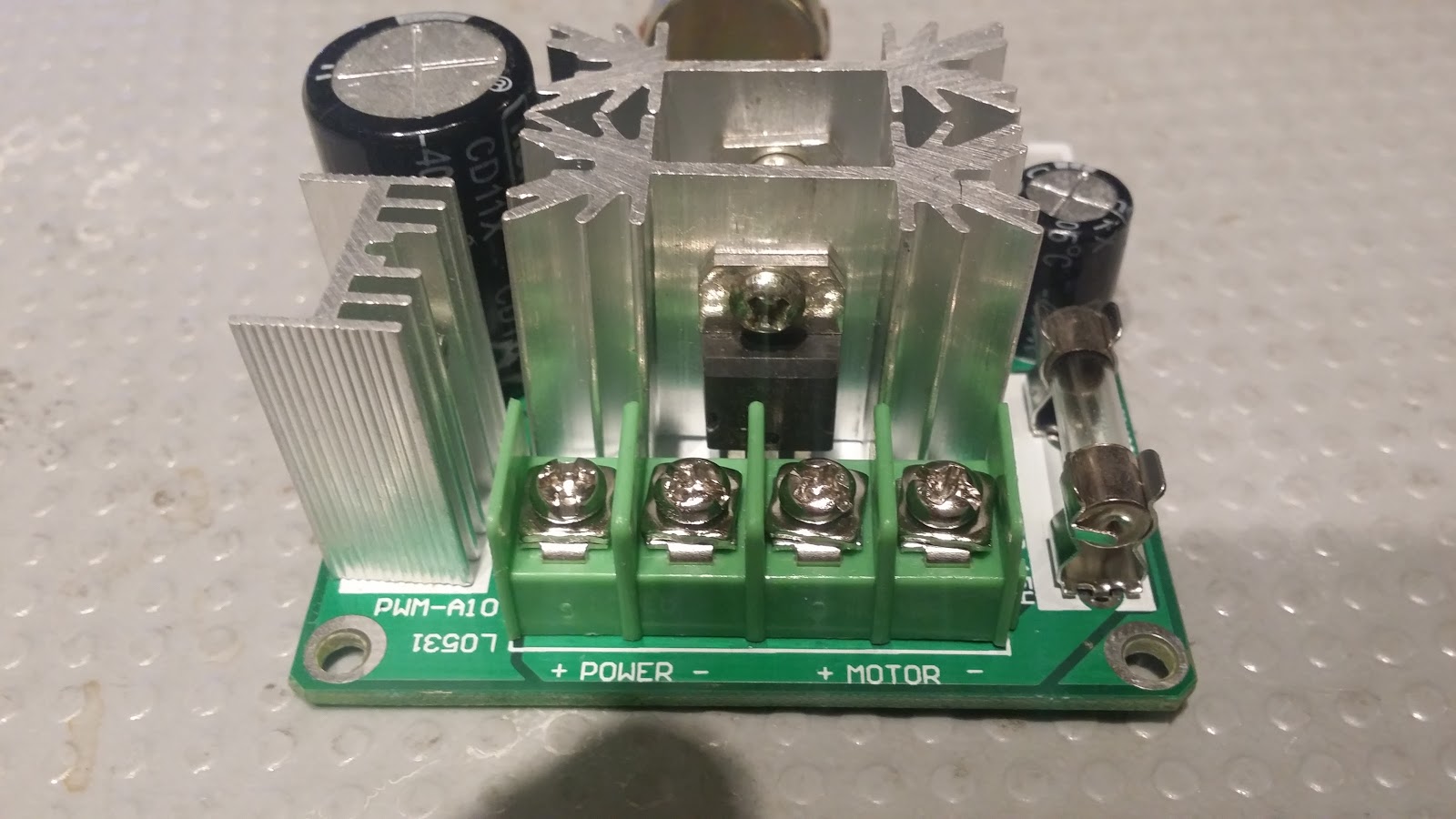 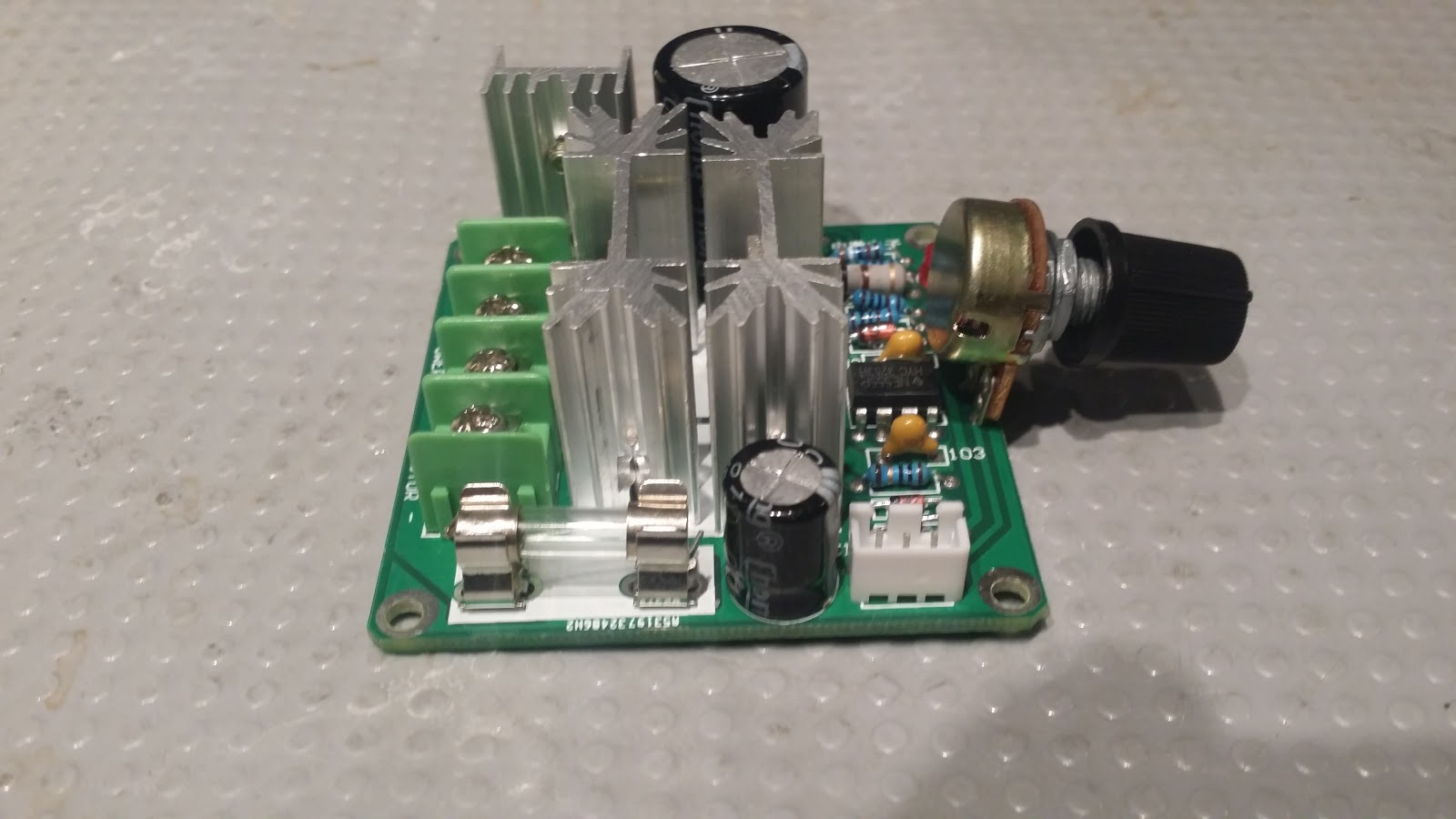 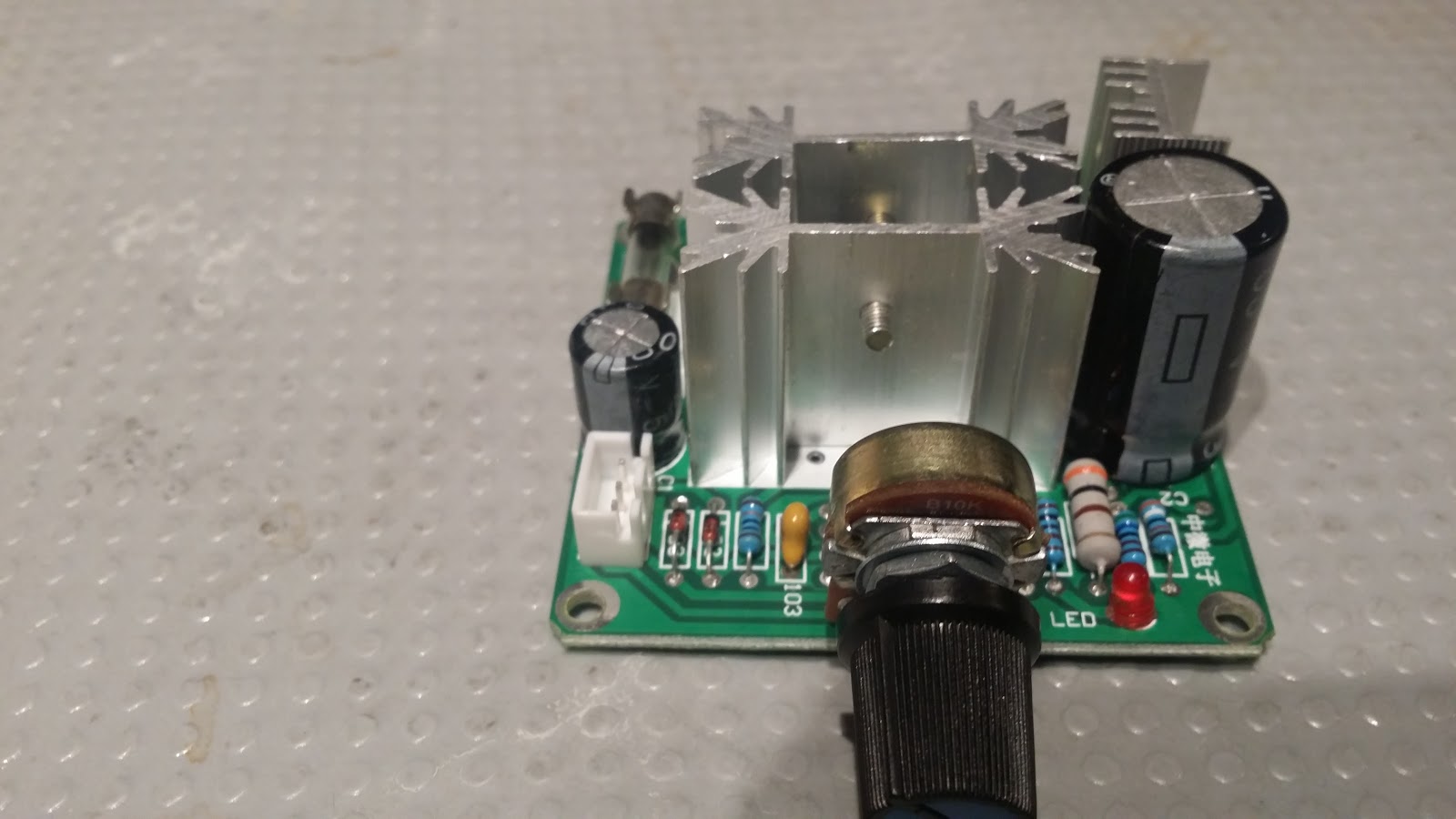 Back to the OX