I changed the timing of the computer. rather than trying to execute an instruction on every clock cycle, I broke up the clk into two parts. a program counter clock and a load clock. diagram: 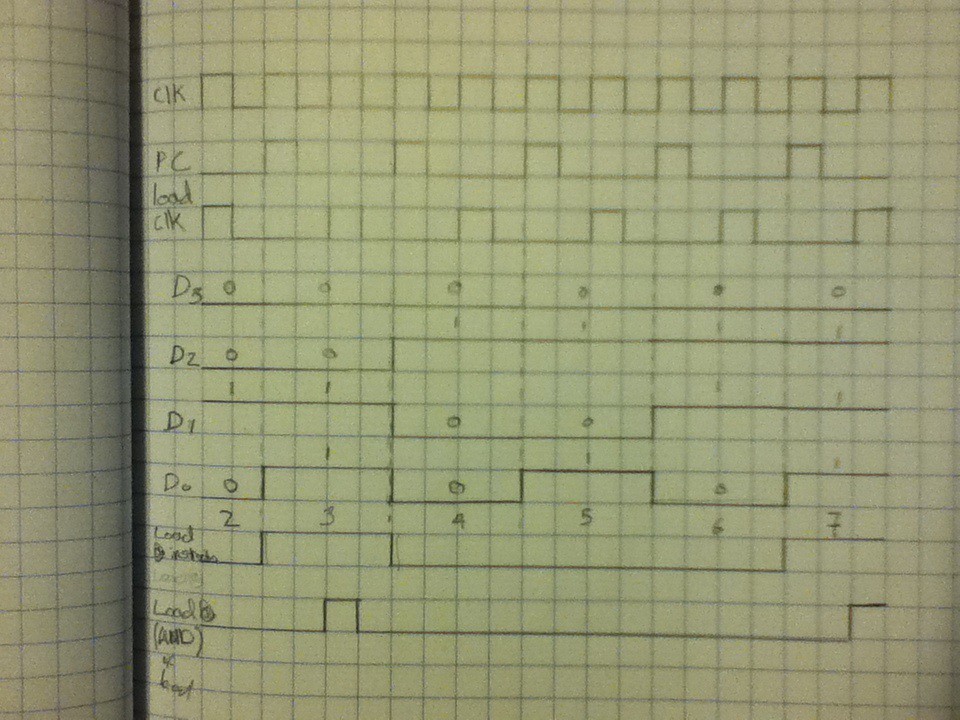 well there's probably some way to compress the game into 128 bits of code, right?