Now when I'm back home with a lab a bit larger than a single small desk I soldered up two versions of a edge triggered D FlipFlop.

The general schematics for NAND based Edge Triggered D FlipFlip

When simulated in LTspice both version can (when configure as divide-by-2's) can work up to a bit more than 4 MHz. The LED/Si version was just a little bit slower than the 2Si/Sch, just a few % difference.

But in real hardware the story was quite a bit different.

The LED/Si version only worked up to 180 KHz at 3.3 volts, when lowered to 2.5 volts the max speed rose to 210 KHz. Very slow and basically unusable for building the four-phase clock generator for the CPU.

But this still about an order of magnitude slower than simulated. So I need to work on getting the speed up quite a bit before I send for any of the PCBs I've designed the last two weeks. :-( 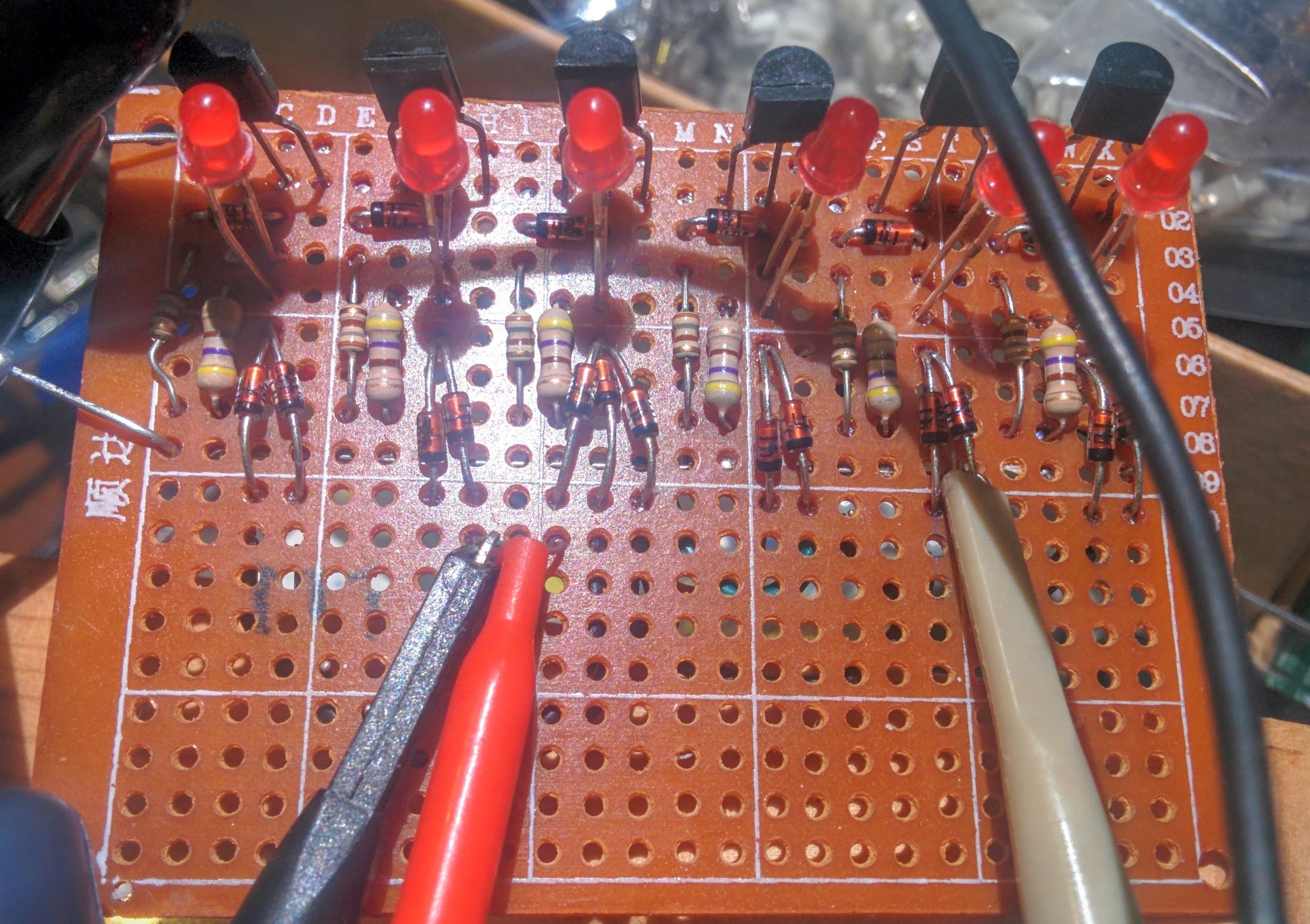 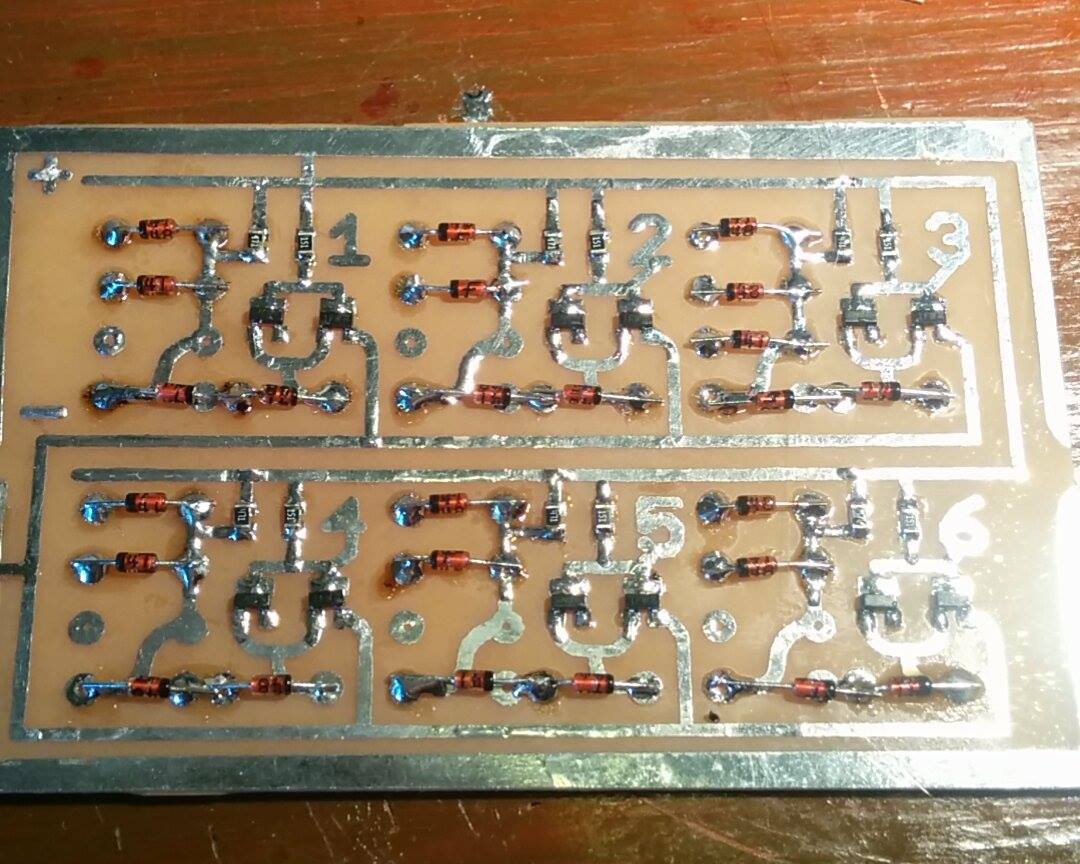 I don't see any decoupling...

The top board was without decoupling. The bottom one got caps soldered between the rails before testing....

Just simplifying the layout a bit by putting multiple parts into the same hole. This both saves space and reduces the soldering time.  And it was just test circuit on a very small pcb, so I won't keep it for any real use.

Maybe it was the confused layout that made the electrons dizzy and slow here.. :-)