I redesigned the individual NAND gates a bit now using a PNP's as the input diodes, a speedup cap over the diodes, a pulldown at the base of the output transistor instead of a Baker clamp and running it at 2.5 volts. 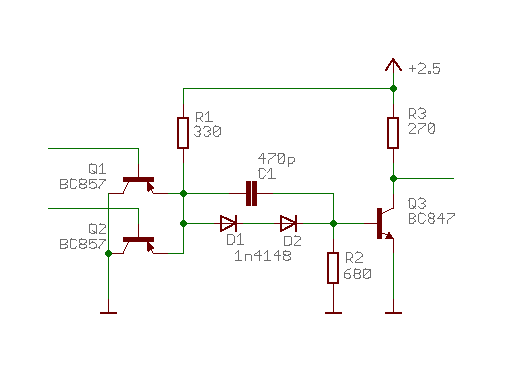 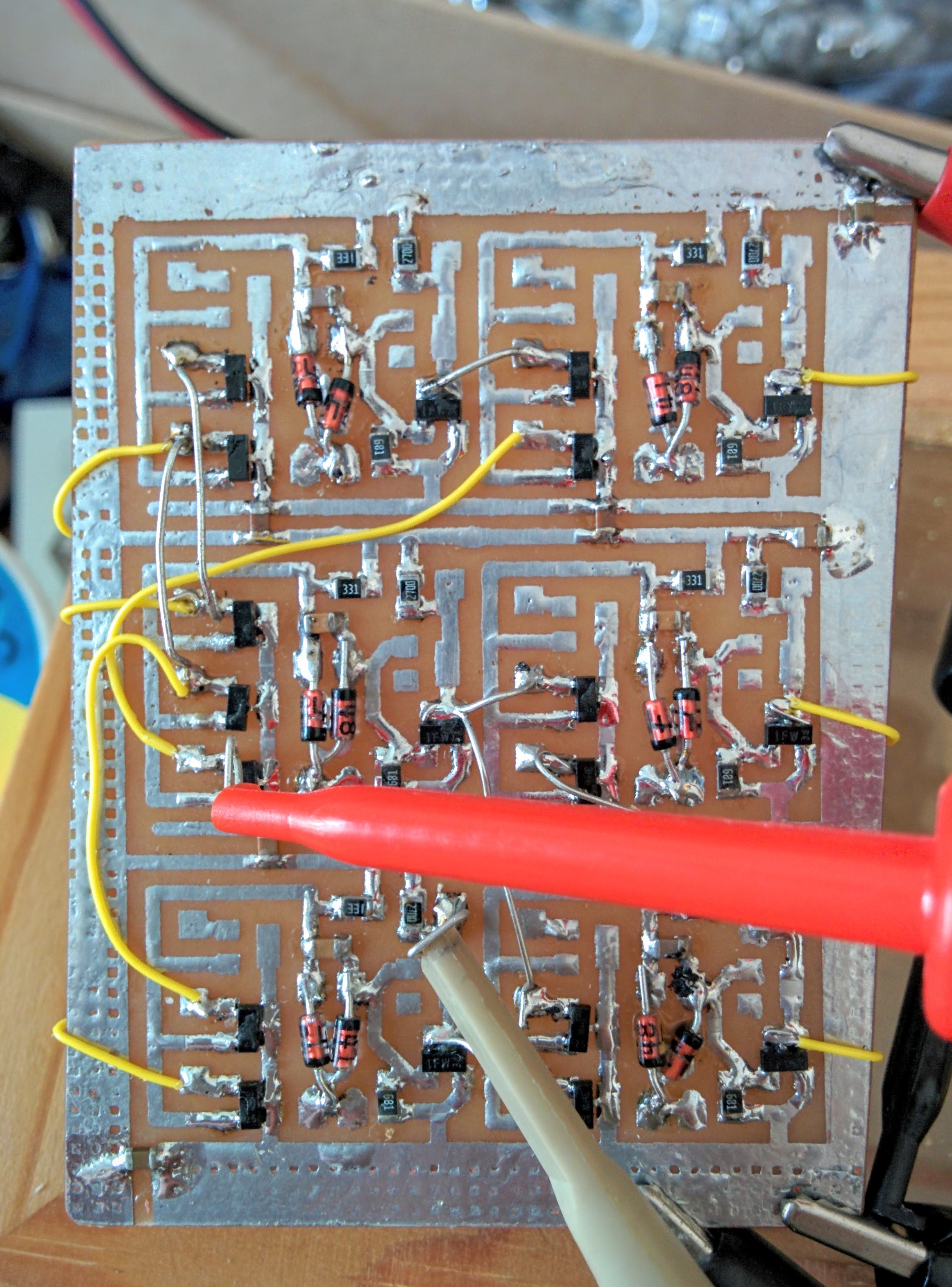 And if I feed it a 5 MHz square wave it actually outputs a rather nice 2.5 MHz waveform :-) So now I have a design that is speedy enough to actually be used. From 180 KHz to 5 MHz in two days. Good enough for the time being.

The BC857 are a bit more expensive than small signal silicon switching diodes, so I think I'll experiment a bit more and see if I can't get 5 MHz with diodes on the inputs as well.

I'm a bit concerned by the power consumption, from your description it might draw up to 15mA... You lowered the values of R1 and R3, which might also speed things up.

It's even worse today :)  The collector pullups are usually 120ohm as the standard in my current designs. Most boards will pull between 500ma and 1 Amp so I really have to distribute 12 volts around the entire system and then locally on each backplane have a cheap buck-smps for every 4 cards that will take down the 12 to 2.5.

It's a bit of cheating, but in theory I could do without them and have a central humongous 2.5 volts PSU and distribute the power by thick coper busbars all over the place. So I allow myself this much cheating from the BJT-only design.

As long as a full system can be powered from a single 240volt/10A wall socked I'm happy.

Yeah but at this level, you might as well go the ECL way. Then build your own AsGa fab.

Anyway, some Cray-labeled computers (I suppose they are CMOS lines) have a high-voltage distribution system (48V? I couldn't see) and local isolated DC-DC all over the place (that took maybe 1/3 of the compute rack volume). I came across such boards while visiting a recycling/disposal company...

"As long as a full system can be powered from a single 240volt/10A wall socket I'm happy."

HAHahahaha! It'd be scary if it couldn't :)