Unbricking and Fixing the IREXes DR1000S Ebook Reader. And on the way maybe learn more about this extinct Freak of Nature kinda Ebook.

Doing a complete Teardown and maybe necessary hardwaremods
to get it going again. (finding a usable uart, usb or jtag would be nice)
This should lead to the most complete description of this eink dinosaur
available anywhere on the Internets.

Getting Angstrom or some recent Openembedded based Distro to compile and run on the Hardware.

It all began with a big letdown.

Back in 2010 when the grass was greener and the blues bluer i decided to stop ruining my eyes and start taking a part in the e-ink revolution. I choose the IREX DR1000S for obvious reasons. The size and the possibility to scribble. But it failed horribly on me.

After some years have gone by and some occasional remembrances on the joy of reading the big e-ink screen tickling me it only happened by chance that i finally took on the work.

The main problem i had was the power issues. From the beginning until now. The original Varta LiPo was really dead by now so i knew i needed to get some replacement battery. Many have done that surgical operation before me, so i was not afraid. It was known land.

Just another day at the local supermarket i found a slim, big and black thingy sticking out a "battery recycling/collecting" bin. It was a Macbook Air's battery compartment. I tear it open (very good sticking tape and glue there is) and savaged 3 working 3.7V LiPo cells each with double the capacity of the DR1000Ss original cell. The connection leads for the 4th cell where torn out during the removal procedure.

Ten minutes later i cracked the DR1000S open following this guide, snipped of the original batteries connector, soldered it too one of the frankenmac's batterirs, connected it and et voilà the green LEDs started to glow and a screen displayed the familiar IREX boot up screen. Now everything was good. I fully charged and it was almost like a dream come true. 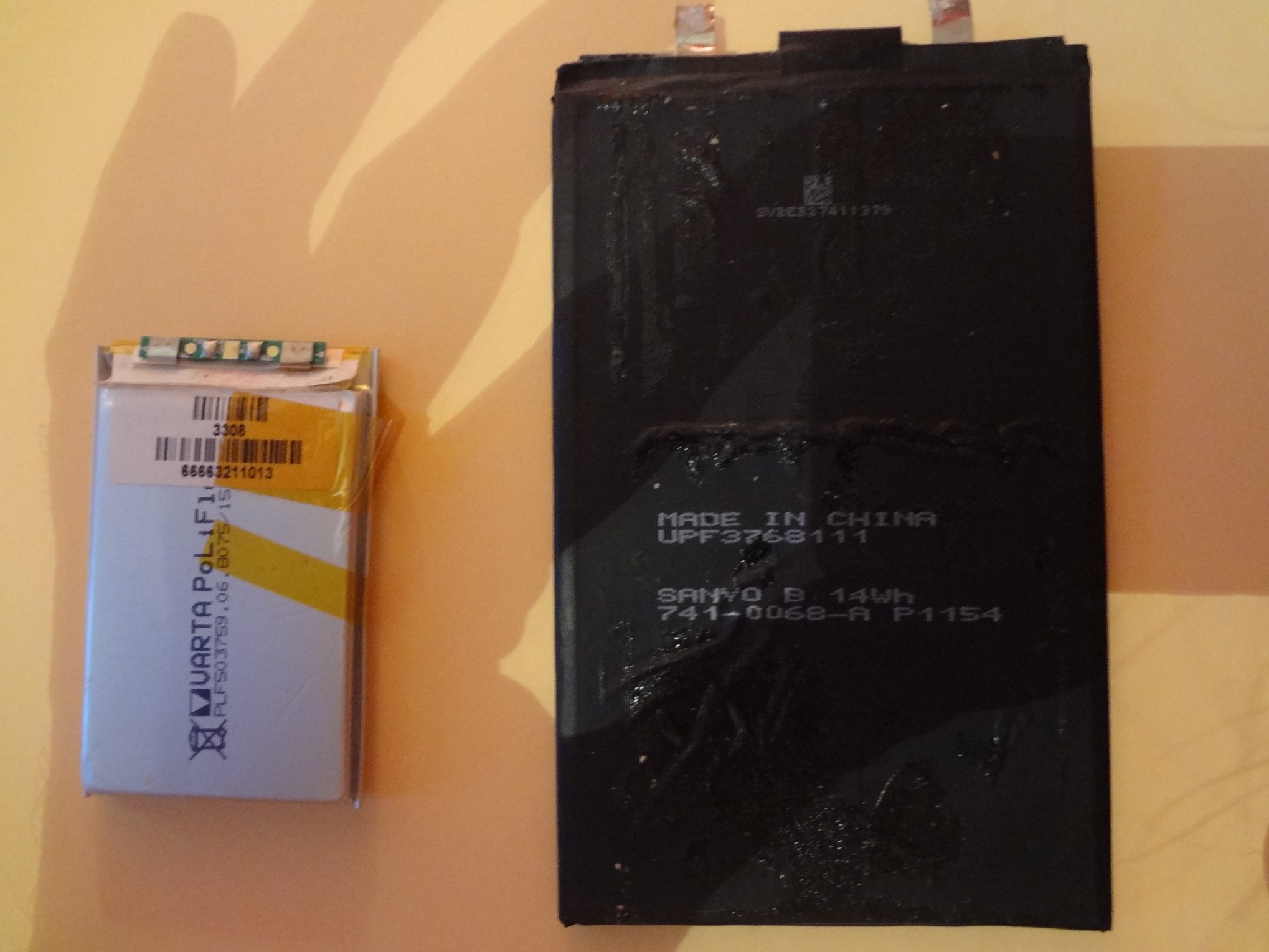 With the extra mWh i could use the device almost the whole day. I was happy!

But it did not last. I charged the device maybe 10 to 15 Times. Everything was alright, except maybe the battery gauge that was a little confused by the extra capacity.

Then one day i drained the battery fully and let the device sit alone for a week.

After that it was bricked as i would call it. Some other people have got the same symptoms and no one seems to have had much success in fixing this issue.

The device does not fully boot. It stops progressing a few seconds after the boot starts and displays some color coded blinken lights. All this while the boot animation endlessly continues (a dot running in circles) until the battery is drained.

Not much use for anything.

The debugging options on this device are really limited.

And a mysterious, undocumented connector on the bottom.

Some people have tried getting USB OTG to work on the DR1000, but they didn't succeed. [INSERT links to mobileread threads, Description blinken pulses]

BUT THERE IS HOPE!

There is a very nice Labeled PCB. It looks like there are some boundry scan test points right next to one of the CPLDs.

Mobile music player Because I can! ;)
Project Owner Contributor