Combining the retro awesomeness of Nixie tubes and Numitrons to make one cool clock.

It's been 4 months since my last update, and I have been waaaaaay too busy to make time for this project. I restarted it in the past month or so, and I have made some progress.

I tried various combinations of the MPSA42 and MPSA92 transistors, but I could not work out a way to both multiplex the anodes and cathodes (for a total of 16 transistor circuits instead of the 60 if the tubes were not multiplexed). Eventually, I gave up on the transistors and ordered some 74141 chips from Moldova off of eBay. Unfortunately, after waiting several weeks for delivery, the chips have been stuck at the post office while I was out of town and I need to go pick them up.

I also ordered a new IV-9 Numitron to replace the one that I dropped and shattered. Once I had all 6 tubes back, I made the driver circuit with 6 TPIC6595N shift registers to see the max current draw. At 2.5V, all 6 tubes running at once, the max current draw is around 0.55 A. I believe that the wall wart I am planning on using can supply both the Nixies and Numitrons without being over the rated current.

With the DS3231 RTC connected, I started work on the display code that takes the time from the RTC and displays it on the tubes. I developed a specific animation that cycled the commas at the top of each minute, then displays the current temperature in Celcius and Farenheit.

I also redesigned the enclosure after I could not fit the components into the redwood one that I had previously made. Unfortunately, I don't know what else I could use that case for. Luckily, the department of Electrical Engineering was throwing out a lot of interesting 1940s - 1980s tech, so I snagged an old variable resistor (with 3 huge knobs and a solid wood case). I made a new 3D model of the case with the interesting knobs that I pulled from the old variable resistor. I think that I will add some rotary switches to switch between different modes, such as time & date, day of the week, etc and some toggle switches to turn off the tubes late at night so I can sleep. 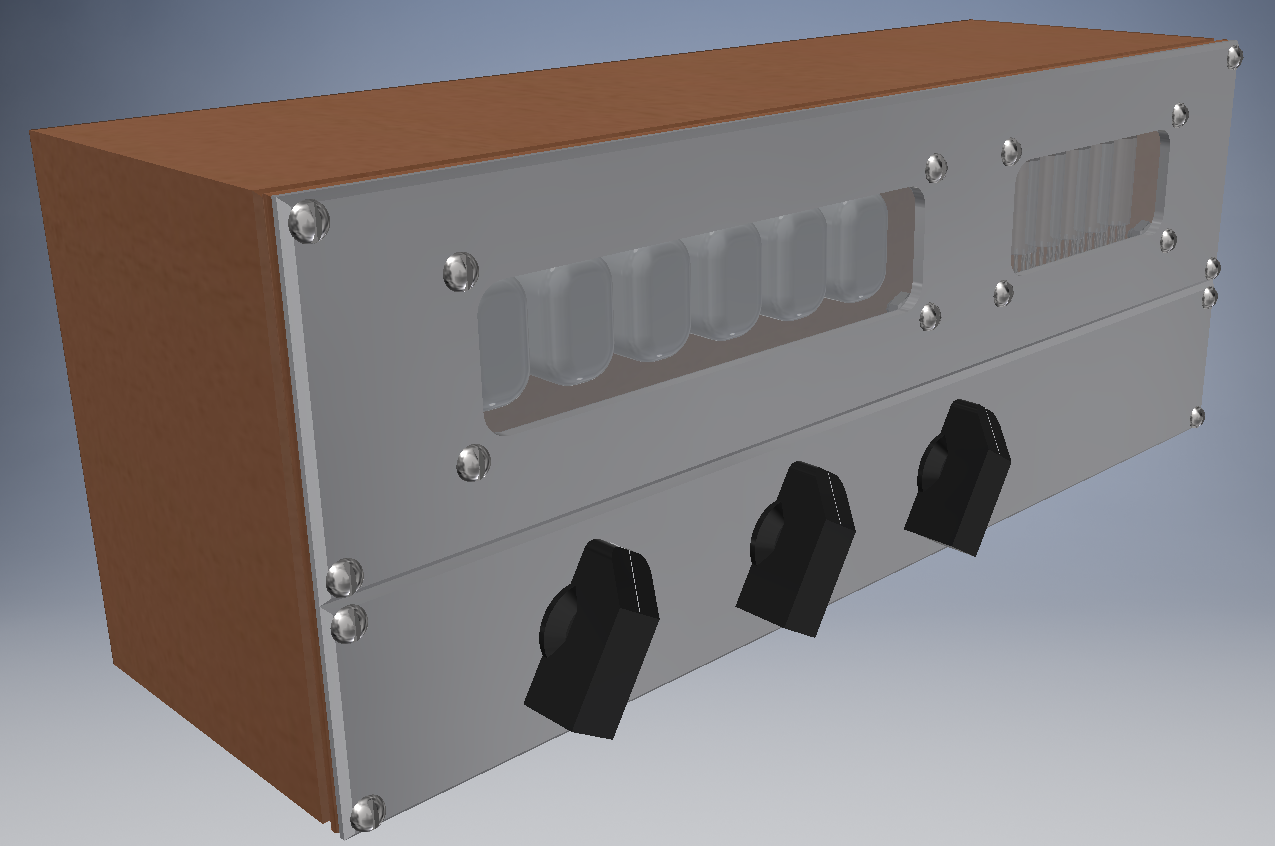