The C⁴D detector used in our design detects the conductivity of almost all dissolved substances, which is used to infer the total dissolved ion concentration. This technique is commonly implemented in applications that only require knowledge of the total dissolved solids [wiki] (referred to as TDS or ‘ppm’) in a solution, such as in hydroponics, where a user is primarily concerned with aggregate nutrient thresholds for plant growth. When testing the quality of a water supply, we are interested in the levels of particular pollutants that are harmful at small levels, like arsenic. The maximum safe level of arsenic in a water supply is considered to be ~10 μg/L. The traditional TDS-based approach can barely detect a noticeable change in total ion concentration at these levels, let alone single-out arsenic from the jumble of dissolved ions – making TDS measurements functionally useless for most environmental monitoring applications.

Effective detection of specific analytes (arsenic, mercury, pesticides, etc) is best achieved through separation of the sample into its chemical constituents, allowing them to be identified and quantified individually by a single system (the C⁴D detector).

Separation techniques are not new and usually rely upon variations in a physical property among the ions of a solution. The separation procedure employed in this build is capillary electrophoresis (CE) [wiki]. CE sorts chemicals by differences in electrophoretic mobility, a property unique to each molecule. This is accomplished by drawing the sample into a very thin (10-100μm) ID capillary tube and subjecting it to high voltage (2-30kV) DC. The capillary serves to create an environment with a high surface area/volume ratio, allowing more interactions that facilitate the separation to take place. Separation occurs to a point where ions migrate in independent ‘bands’ sequentially past a stationary detector, enabling them to be identified and measured. 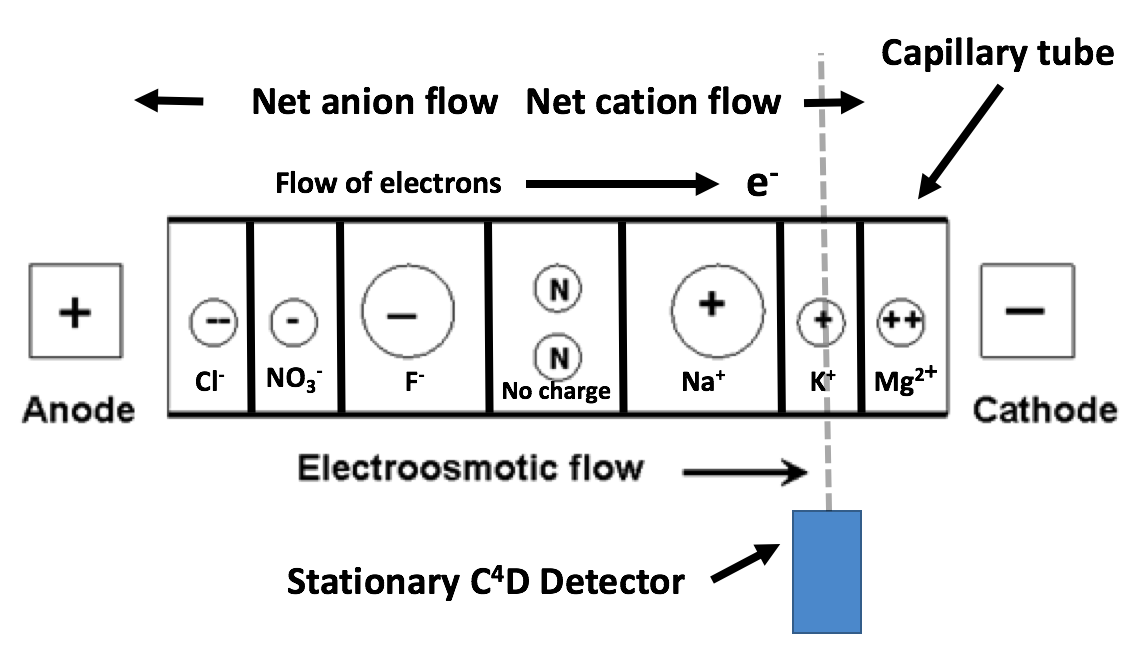 The above image represents the expected migration order of ions inside a capillary when it is exposed to an electric field. Note that small, highly charged ions migrate to the electrodes at a higher rate than larger ions with less charge. Anions migrate toward the anode, while cations migrate towards the cathode.

The signal intensity of the C⁴D detector enclosing the capillary tube can be charted over time to identify and measure the concentrations of individual ions with high repeatability and precision. This can be represented on a graph as an electropherogram. Each peak represents an analyte passing the detector and its magnitude is proportional to the concentration of each substance. Peaks are assigned to a particular analyte by comparing readings to a separation conducted on a standard solution of known constitution. An example electropherogram is shown below: 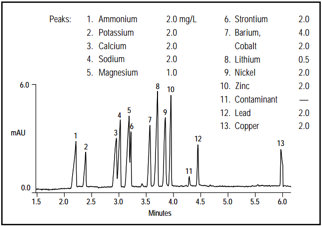 So what is actually making this happen in there? As with standard spherical particles, the velocity of charged ions moving in an electric field is the proportional to of the electrokinetic energy introduced to the particleFEK by the electric field E and the particle’s drag Fd in a viscous solution (Stoke’s law).

In the case of capillary electrophoresis, an ion’s total electrophoretic velocity v is described by the following relationship:

q is the charge of the ion.

η is the viscosity of the solvent (usually water).

R is the radius of the ion.

As these physical attributes are unique to each ion, we can expect that some charged particles will migrate through the electric field quicker than others. Because of this, the particles will pass the stationary detector, positioned at a fixed distance, at varying times. You could think of this like drawing a line of a piece of paper and using it to separate ink. Each dye in the ink moves up the paper at different rates due to inherent differences in the strength of interaction with the charged paper surface. In our case, the ‘paper’ is a capillary tube in an electric field and the ‘line’ is the stationary C⁴D detector. The picture below shows the banding produced by applying an electric field to food dye dissolved in water. We can see that this method provides a robust separation of the components of the dye, which are observed as distinct coloured bands. 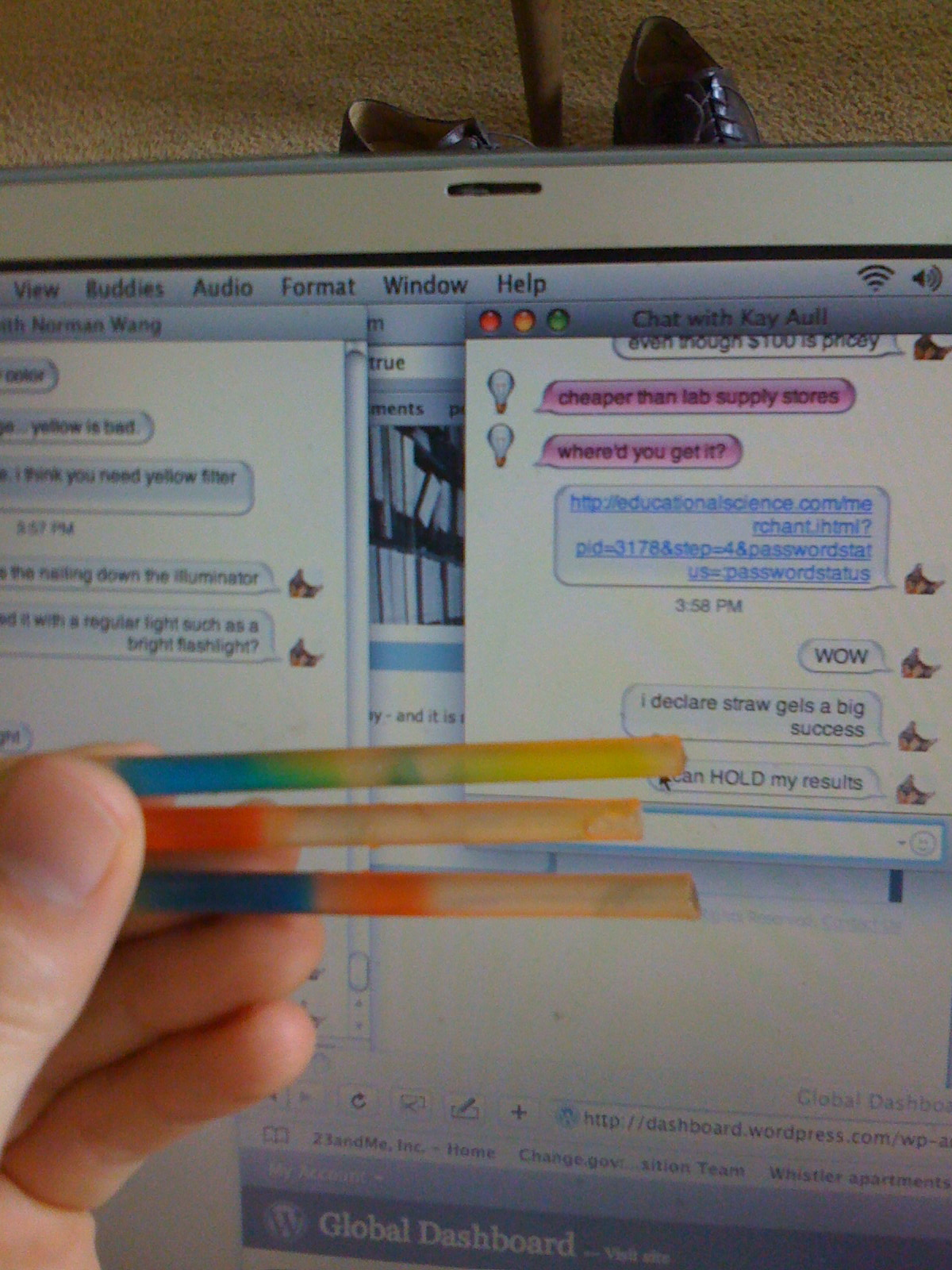