When a sample is introduced into the analysis system, it is usually mixed with a separation (or run) buffer. An ideal buffer needs to perform the following functions:

These ends can be achieved through the addition of a background electrolyte (BGE), pH buffering agents and optional chemical modifiers.

As explained in Project log: What is Capillary Electrophoresis, capillary electrophoresis separates ions by differences in their migration speed through an electric field. Bands of ions are detected as they cross a wireless conductivity detector at different times.

In order to minimise interference due to stray capacitance and impurities, a background electrolyte (BGE) is usually included in the separation buffer. BGEs are usually weakly conductive and serve to provide a stable reference signal for the detector. An ideal BGE is an ampholyte [wiki] – a molecule that can contain negative and positive charges, depending on the pH. Histidine is commonly used as a BGE in capillary electrophoresis as it exists as a zwitterion (a form having equal positive and negative charges) at the pHs used in most electrophoresis protocols. This prevents it from being affected by the applied electric field, maintaining a uniform distribution of BGE throughout the capillaries over the run.

Histidine can be purchased from here:

As electricity is being applied to the water, reactions at the anode and cathodes will generate hydroxyl (OH⁻) and hydronium (H₃O⁺) ions. The local build-up of these species creates zones of varying pH within the electrolyte. This phenomena significantly affects the reproducibility of readings in capillary electrophoresis and as such, a pH buffering agent [wiki] is usually included in the sample buffer. Buffers are able to resist the addition of acid or base and maintain the solution at a constant pH. MES finds use in the majority of electrophoresis publications as a pH buffer for a few reasons. It is also readily available and inexpensive – perfect for us! Using MES as the pH buffer will allow us to adjust the pH from around 5.15 to 7.15.

MES can be purchased from here:

Sometimes two ions may have similar electrophoretic mobilities, which means that they will migrate down the capillary at very similar speeds. If the length of the capillary is not sufficient, these bands will not separate (resolve), giving a superimposed peak on the detector. It is impossible to identify and quantify analytes of interest if they are part of a superimposed peak, therefore chemical modifiers are sometimes introduced into a separation buffer. Modifiers bind to their targets, usually a particular class of chemical (monovalent cations, or divalent heavy metals, for example) and alter their electrophoretic mobility by affecting the molecule’s mass/charge ratio and surface area.

A common example of using chemical modifiers in the literature is the separation of potassium (K⁺) and ammonium (NH4⁺) ions. These ions are both important water quality parameters but in the MES/His buffer system commonly employed, the peaks for these two ions co-migrate. By add. 18-crown-6 ether is added, which attaches to the ions, altering their electrophoretic mobilities and enabling resolution of the independent peaks.

More information about this process can be found at the following link: 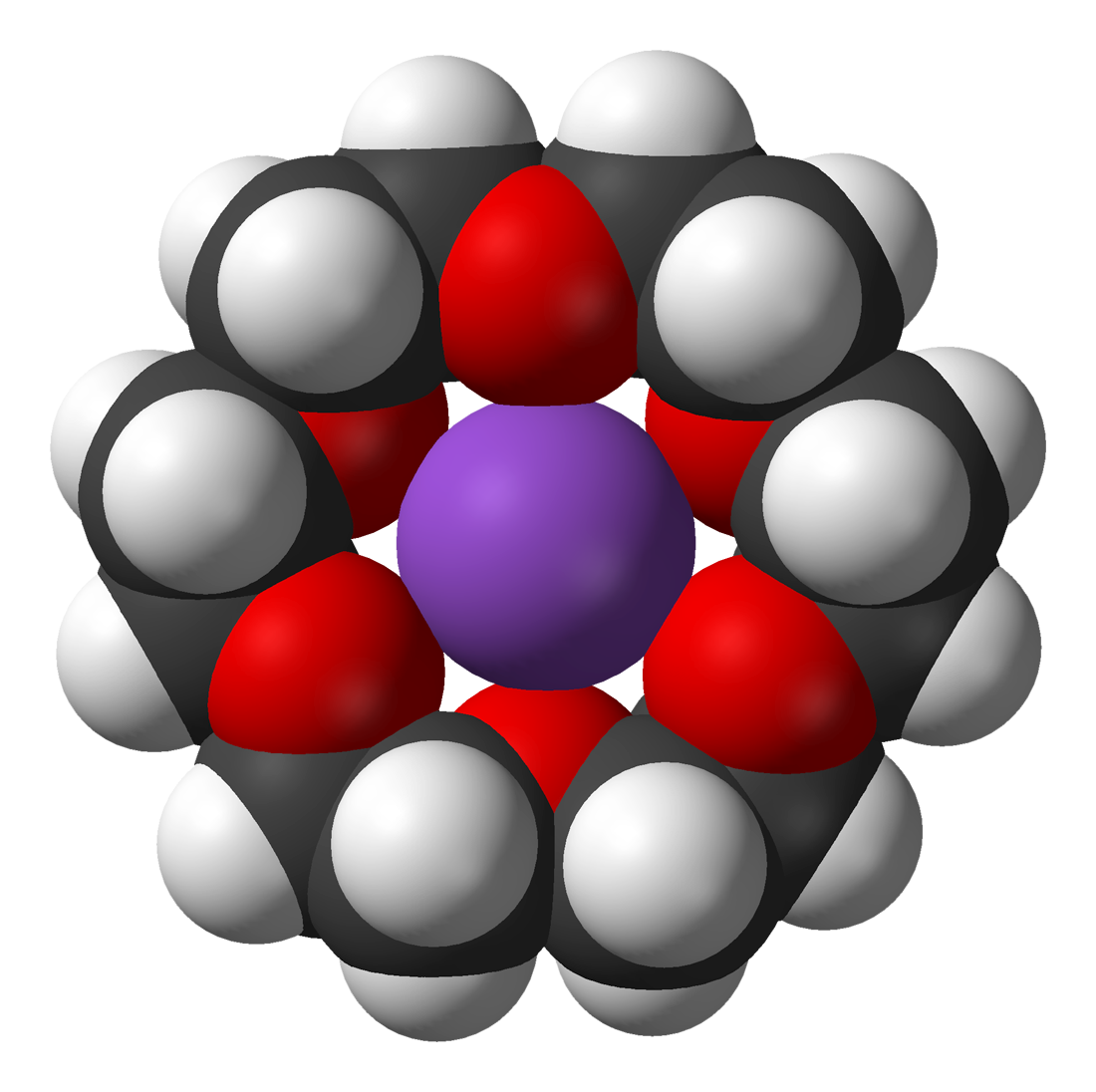 18-crown-6 ether binding to a potassium atom, substantially altering its size, which affects its migration speed in an electric field.

The choice of chemical modifier depends on the class of analytes being investigated. Thankfully, most agents employed as modifiers, such as crown ethers (18-crown-6) and EDTA are readily available online:

Examples of other buffer systems

The following table is an except from Beckman Coulter’s Introduction to Capillary Electrophoresis, which lists a variety of alternative pH buffering agents, which can be used if a pH outside the useful pH range of MES is desired. 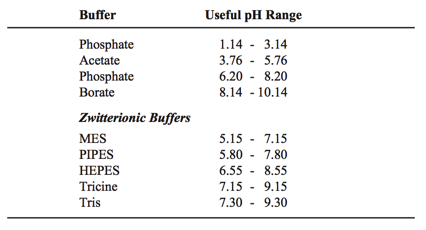 If the experiment pH is outside the pH range that histidine (the BGE) exists as a zwitterion, it is necessary to change it to a chemical that is able to exhibit this feature. A comprehensive study of BGEs can be found at the following link for those interested in further reading:

As the MES/His system is in widespread use, we do not see any immediate circumstances that would require the use of alternative buffers, but when our platform is released to the community we will make these reagents available and easy to use should the need arise. Ideally, this would take the form of an online expert system, where users could order pre-measured sachets of various separation buffers.