The core of this project is a flexible PCB with a Bluetooth Low Energy radio that acts as a beacon with a beeper and LED to help locate it activated remotely from a cellphone. This circuit board is planned to be packed into 2 forms. The first a collar. Using flexible solar panels and Lithium Ion batteries it can be made to fit into a normal cat collar sized footprint. The battery should last a month without recharge and with only 15 minutes of light a day stay running permanently. Alternately it will be folded into a quarter sized tag that can be hung from a cat collar or keys or some other item to be tracked.

It was around January this year when my sister couldn't find her kitty. My dad was unconcerned and sure the cat was some where in the house by my sister wasn't. We ended up walking around the neighborhood for 2 hours looking for the cat only to come back home and find her under one of the beds. That was when I got the Idea to keep track of the cats with Bluetooth on their collars. 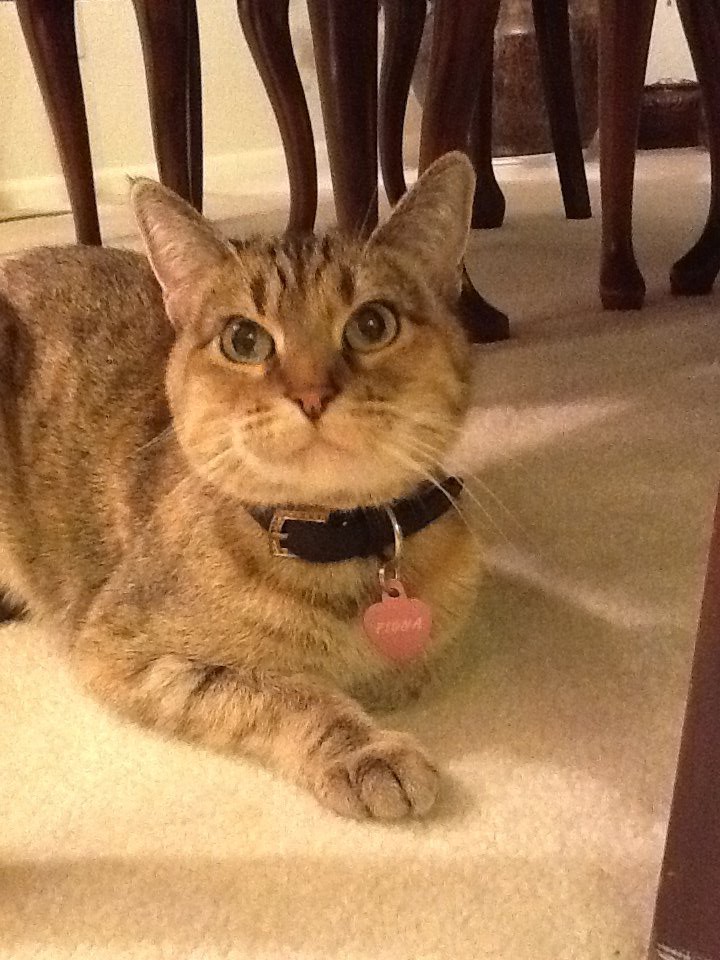 By combining solar power with a tiny lithium battery and a buzzer and LED as well as a Bluetooth Low energy radio I figured I could immediately know if the cat was in the vicinity as well as be alerted if it left the area. The buzzer and LED would allow for easier location of the cat and the Solar Panel would get rid of the hassle of having to change/charge the battery of the collar. 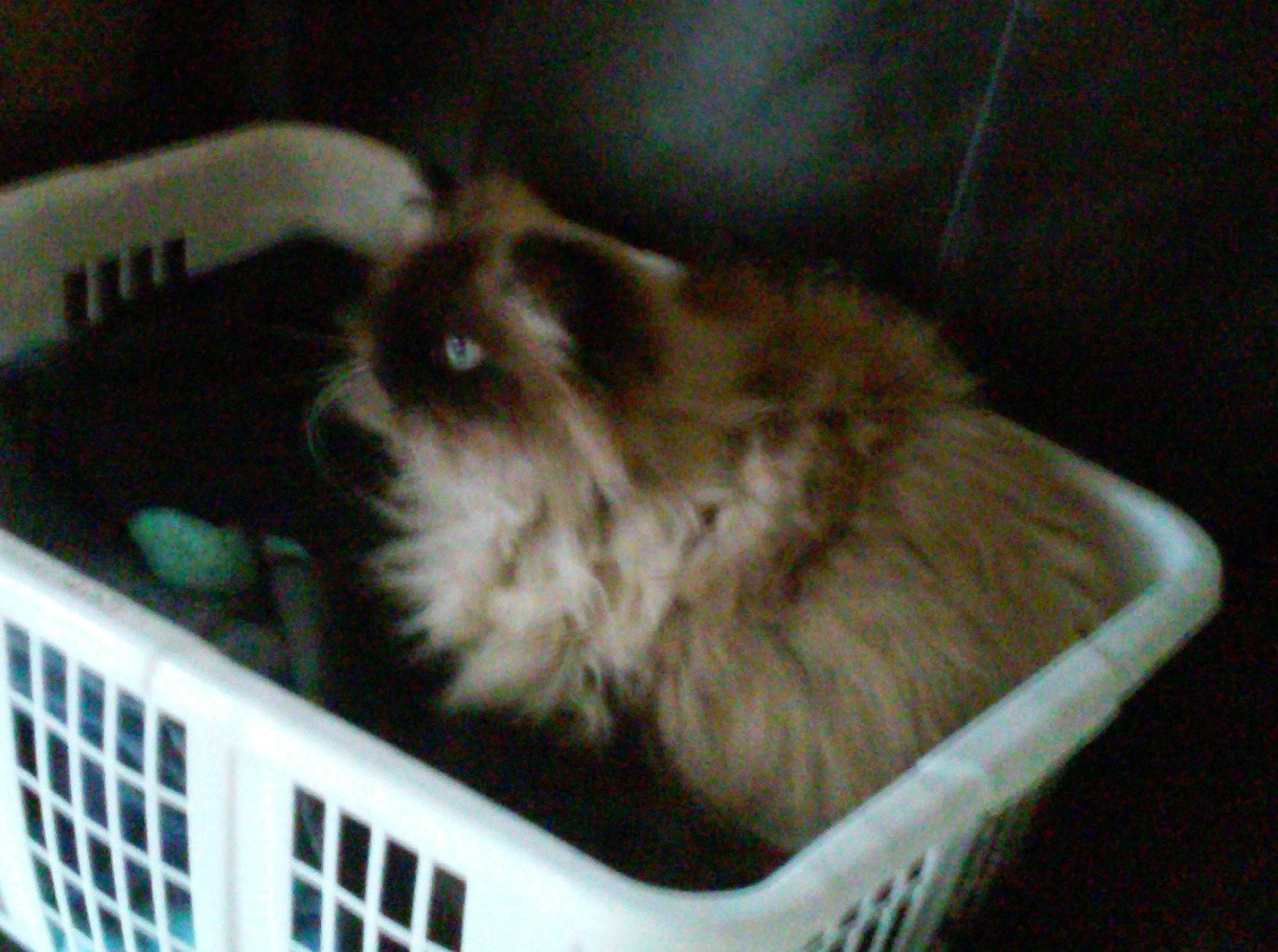 There are quite a few bluetooth trackers on the market however there are none that I can find that combine energy harvesting from the environment as well as the ability to audibly indicate their location. If you haven't tried it before its very hard to track down a bluetooth beacon with nothing more than an RSSI value.

Now for a breakdown of why parts where selected and expected performance.

It took a considerable number of hours to select the chips. Power consumption was the paramount concern with size as the next most important.

The solar charge control chip (BQ25504RGTT) with its quiescent current of less than 330 nA was the obvious choice.

The selection of the BLE121LR-A-M256K was driven primarily by the BGScript language. This removed the need for a secondary controller, with its low power consumption, 8dBm output power, and pulse width modulation capability to drive the buzzer it came out ontop.

Because I needed to use LiPo chemistry to have enough current to drive the beeper I needed a LDO to regulate the voltage below the BLE Modules 3.9 maximum input voltage. The TPS78330DDCR was chosen for its 500nA quiescent current.

The battery protection/charge chip (LTC4071) was picked because of its extremly low 550nA operating current and exceptional shutdown current 0.1nA!!! Unfortunately because of its low 60mA max current I have to bypass it and wire the buzzer directly to the battery but the transistor driving the buzzer only has a leakage current of 10nA so it isn't a deal breaker for a battery undervoltage condition.

The Flexible solar cell was one of the harder components to source. It was hard to obtain the smallest size flexible solar cell in limited quantity. Ultimately I had to resort to EBay. The SP3-12 was selected because it was narrow and flexible.

I was also only able to find one decent source for flexible LiPo batteries. The PGEB0054018 was selected for being narrow as well as thin.

If you add up all the quiescent current and average out the beacon current (about 20mAh for 3.5 ms every 10 seconds) draw you end up with about 7.4uA of average current draw. With that figure without solar charging using the 10mAh flexible battery you get a little over a month of beacons. The solar panel outputs 8.5 mA in ideal conditions. That's 1000 times the average current draw. Even running at 1/10 its optimal current it would only need to be lit up for about 15 minutes a day to stay charged.

This project is licensed under the UNLICENSE license. This means you are free to use it in anyway you can imagine. Reproduce it, sell it, modify it, do whatever you want with it.

Thanks for introducing me to the Flex Solar Cells products!

Particularly interested in the SP3-12 solution. Looks like a 3.7V LiPo you're using. Is that with a boost circuit of some sort? Couldn't decipher from the screenshots.

The BQ25504 is a energy harvesting chip with a boost converter.  Also the LTC4701 is for charging via USB as well as low voltage protection.

What format are the Schematic and PCB files? Is it http://pcb.geda-project.org/?

Yes the Schematics and PCB files are from the gEDA suite.  I'll link a zip with the latest Gerber today too.

The battery is from PowerStream: http://www.powerstream.com/thin-lithium-ion.htm

Its also the second most expensive component on the BOM!  Well in small quantity any way.  Less than 10 units and you are paying 10 bucks a pop.  1000+ and you finally get down to 3.95$ each.

They will make custom battery designs if you order 2000+ units so if you need a really fancy custom battery for an interesting application it probably wont make it into your prototype but you could get it in a production run.  That's one thing I'm considering long term.  But like I said in one of my videos I'm not sure I trust them to hold up long term flexibility wise.  I'll have to do some testing of there tolerance to multiple flexions and post it here sometime.

Hey, really nice work! You can user youre small solar supply to power ather projects. For example in a smartstrap for the pebble time smartwatch. You have developt it ready, why dont power a watch with that?

It's certainly possible.  However the pebble smart watch draws quite a bit of juice in comparison to what I'm doing.  It has a 130 mAh battery that lasts for 7 days so:

That's 77 x the current draw my implementation uses so there is no way it can be powered by ambient light.  It would have to get direct sun.  It would use 130 / 7 = 18 mAh a day so we would have to be in direct sun long enough to charge it.  Since the measured direct sun charge current was 3 mA thats 18 mAh / 3 mA = 5 hours.  5 hours is a long time for anyone to be in the sun but I guess if your going to spend all your time outside it the hot sun it would work.

Alternatively you could use a solar panel 5x bigger and then you just need one hour of sun and you could get that on a morning run or the like.

Another possibility is using a Thermometric generator that pulls from your body heat.  I haven't had the opportunity to study the kinds of power you could extract from such a wrist mounted device, particularly with a reasonably uncumbersome heat sink on your wrist so I cant say how well it would work but its an idea.

Hi! I'd be interested in buying some or maybe rolling some of my own. Could be a nice thing to have - not only for pets, but for posessions as well - which is actually my main concern =) I love wearables, and this seems like a nice addition to a Linux-driven wearable meant to track every aspect of your life, as an example. How much would be the parts cost (with PCBs) and the price of a ready unit?

Depends on how many you make.  Right now the small quantity cost is about 50$ a unit mostly due to the BLE radio being 7$ more than its 1000+ cost and the battery 9$ more than in its 1000+ cost.  The other major expense is the flex PCB.  If you go with a 0.5 mm PCB you can get it pretty cheaply priced for about 10 units, maybe 10$ a board but for good quality flex your looking at a few hundred dollars setup cost.  I'm looking at doing a 10 prototype run and its ending up being about 100$ a board.

In large quantity's it comes down to be under about 30$ a piece though.

Okay thanks i would love the prototype...!!

Thank you.  I'll be ordering some prototype PCB's from FlexPCB this month, 850$ for the prototypes...

For being the first person to comment I'd be happy to send you one if you'd like once I have a final prototype around the end of next month just let me know.

As you can see from the project logs this tracker is really only house range but I have 2 other versions planned.  This is a low cost short range unit.  I'm also planning to do a cellular GPS version (Heavier, Bigger, probably needs charging) and a version based on the SX1272 chip which will need a base station.  My experimenting with those chips is a range of 1-2 miles in the city.  Hills really kill the signal unfortunately.

I'll comment links to those project pages here when there up.